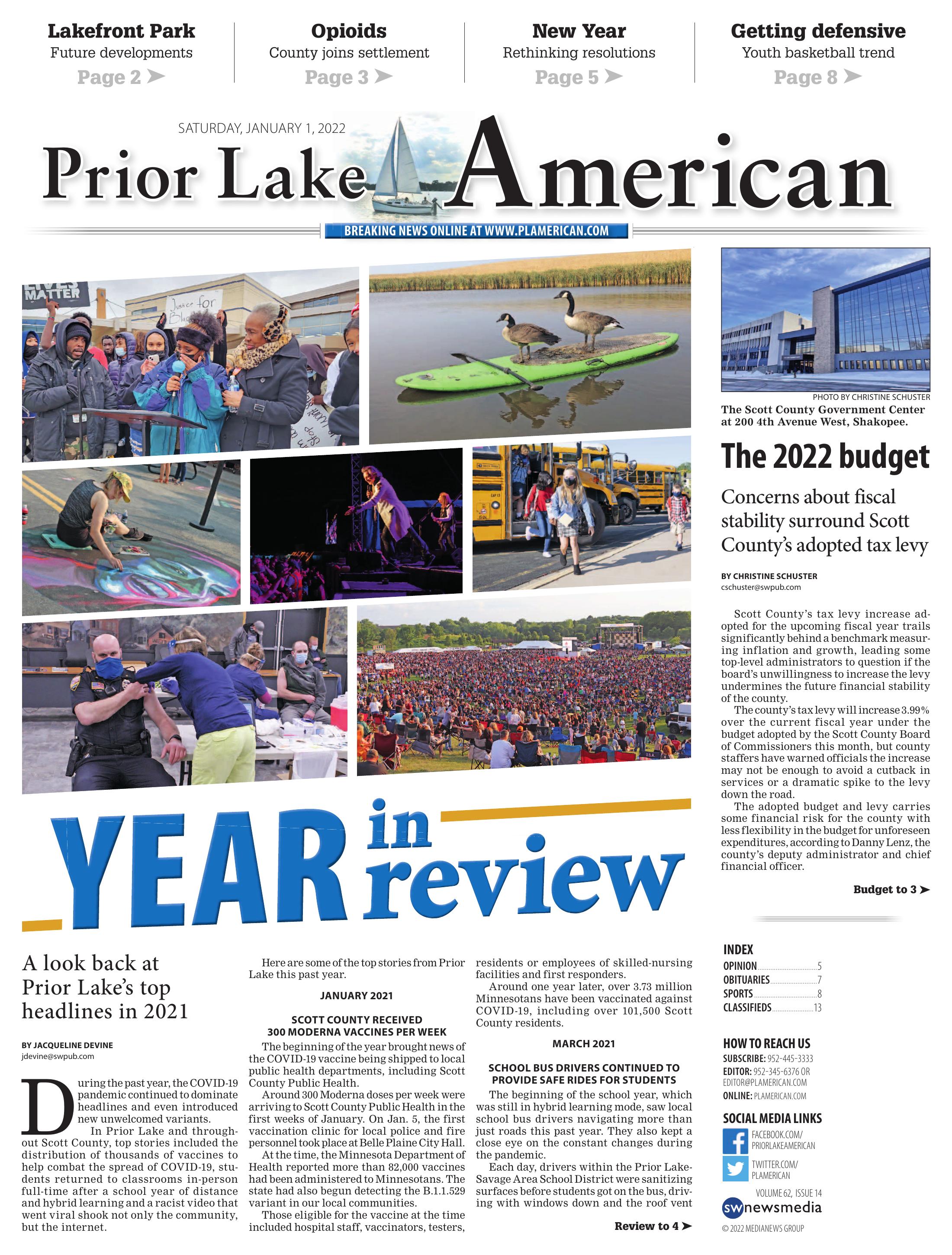 Scott County’s tax levy increase adopted for the upcoming fiscal year trails significantly behind a benchmark measuring inflation and growth, leading some top-level administrators to question if the board’s unwillingness to increase the levy undermines the future financial stability of the county.

The county’s tax levy will increase 3.99% over the current fiscal year under the budget adopted by the Scott County Board of Commissioners this month, but county staffers have warned officials the increase may not be enough to avoid a cutback in services or a dramatic spike to the levy down the road.

The adopted budget and levy carries some financial risk for the county with less flexibility in the budget for unforeseen expenditures, according to Danny Lenz, the county’s deputy administrator and chief financial officer.

In a statement to Southwest News Media, Scott County Board Chair Jon Ulrich said the county board is always looking to strike a delicate balance.

“And every year, we’re trusted to make decisions based on prevailing economic conditions as well as the need to maintain our service levels and meet the needs of our residents,” Ulrich wrote. “I believe that this Board’s action in setting the 2022 levy and budget helps achieve that balance, maintaining our excellent bond rating while still remaining sensitive to our taxpayers’ bottom lines.”

The county has maintained a AAA bond rating since 2016.

During budget meetings earlier this year, Lenz said county officials may need to adopt a higher levy increase in the coming years to avoid a “destructive cycle.”

In October, Scott County Administrator Lezlie Vermillion pressed board members for direction on where to cut levy expenses after some members said they wanted the levy increase to land below 3.99%.

“Are we delivering at the wrong service level for you?” she questioned. “It’s too high? You want us to make cuts in some areas? It’s really hard to define, ‘just cut the levy,’ because right now, we are at the brink in certain areas.”

Despite unease from county staffers regarding the county’s financial health, some county board members pushed back with concerns about how voters perceive levy increases, despite the county’s tax rate declining annually for the past decade.

Commissioner Dave Beer ultimately voted in favor of the budget, but cast the lone vote against the tax levy, despite the tax levy being required to fund the adopted budget.

At a work session in October, Commissioner Mike Beard said levy increases put elected officials in a “hard spot” by making it appear the county is raising taxes.

“So it puts us in an awkward spot of having to defend something that’s complicated when we are not actually raising their tax rate or taking more money from them,” Beard said.

“That’s where it gets awkward, because of course we need more money — the county is growing, values are going up, more properties are on the roll and so on and so forth,” he continued.

The average-valued home, with a taxable market value increase of 6%, will see a 4% increase in the county’s portion of the tax bill, according to county documents.

By department, the largest share of the county’s levy expenses, around 30%, is allocated to criminal justice. Another 25% is spent on health and human services.

In October, Lenz said the county’s goal of maintaining fiscal stability had been pushed to the limit.

Over the next three years, county officials plan to pay for some county jobs with one-time federal aid dollars from the American Rescue Plan Act.

When the money runs out, there’s no plan in place to continue paying those employees, and departments are already under strain with over a dozen staffing requests squeezed out of the 2022 budget, according to Lenz.

Over $1.3 million in departmental requests left out of the budget included positions such as a deputy emergency management director, four additional emergency dispatchers, four corrections officers, a probation officer, a community corrections supervisor and a children’s mental health case manager.

“To be structurally balanced, you don’t use one-time money for ongoing expenses,” said Prior Lake resident Gary Shelton, who retired from his role as Scott County administrator in 2018.

In an interview, Shelton said the county’s fiscal policy should include, at a bare minimum, setting levies reflective of inflation and growth.

“Almost anything else won’t work long term,” Shelton said, calling the board’s efforts to reduce the levy increase “too aggressive.”

He said he can’t remember a time when the county’s levy landed so far below inflation and growth; the factors that drive the demand and cost of county services.

Looking ahead, Shelton said he’s hopeful the county can recover from the financial risk built into the upcoming year’s budget if a new direction is taken next year.

“I do think that if they continue on a path where they ignore the advice of staff, ignore the economics of growth and inflation and set a levy that is more geared at appeasing voters than accomplishing what the county should accomplish, they are going to set the county up for long-term issues,” he said.

"It's really hard to define, 'just cut the levy,' because right now, we are at the brink in certain areas."