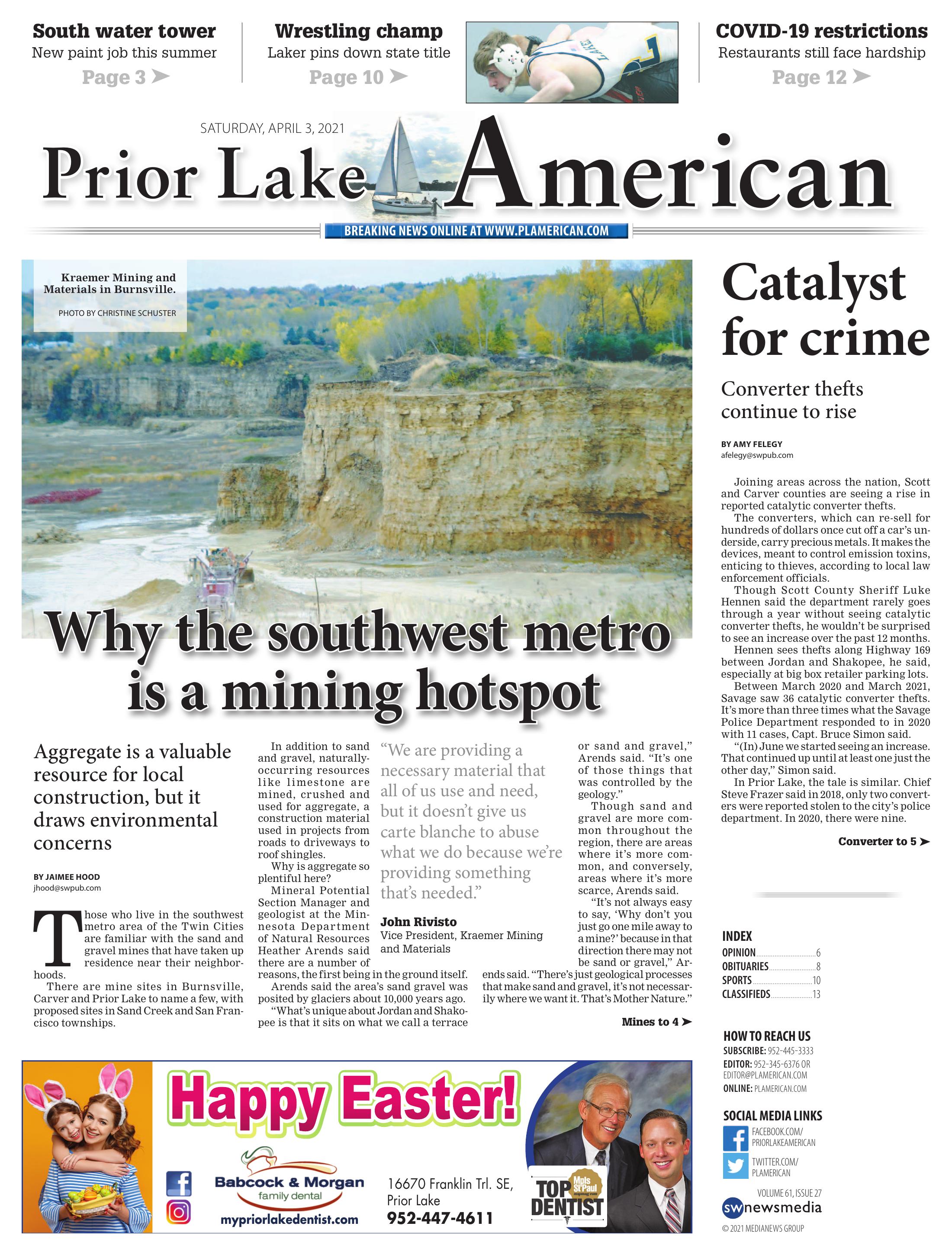 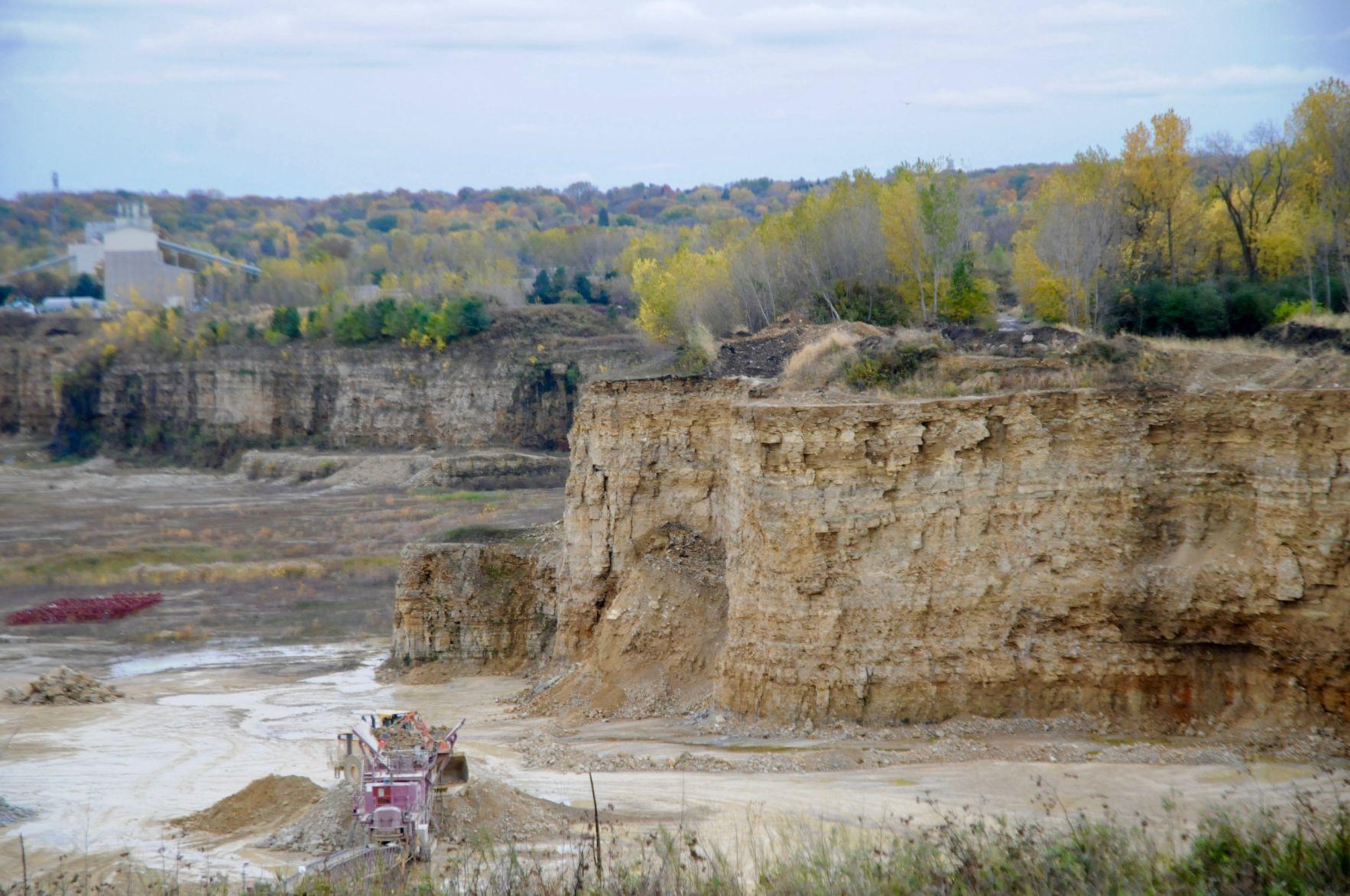 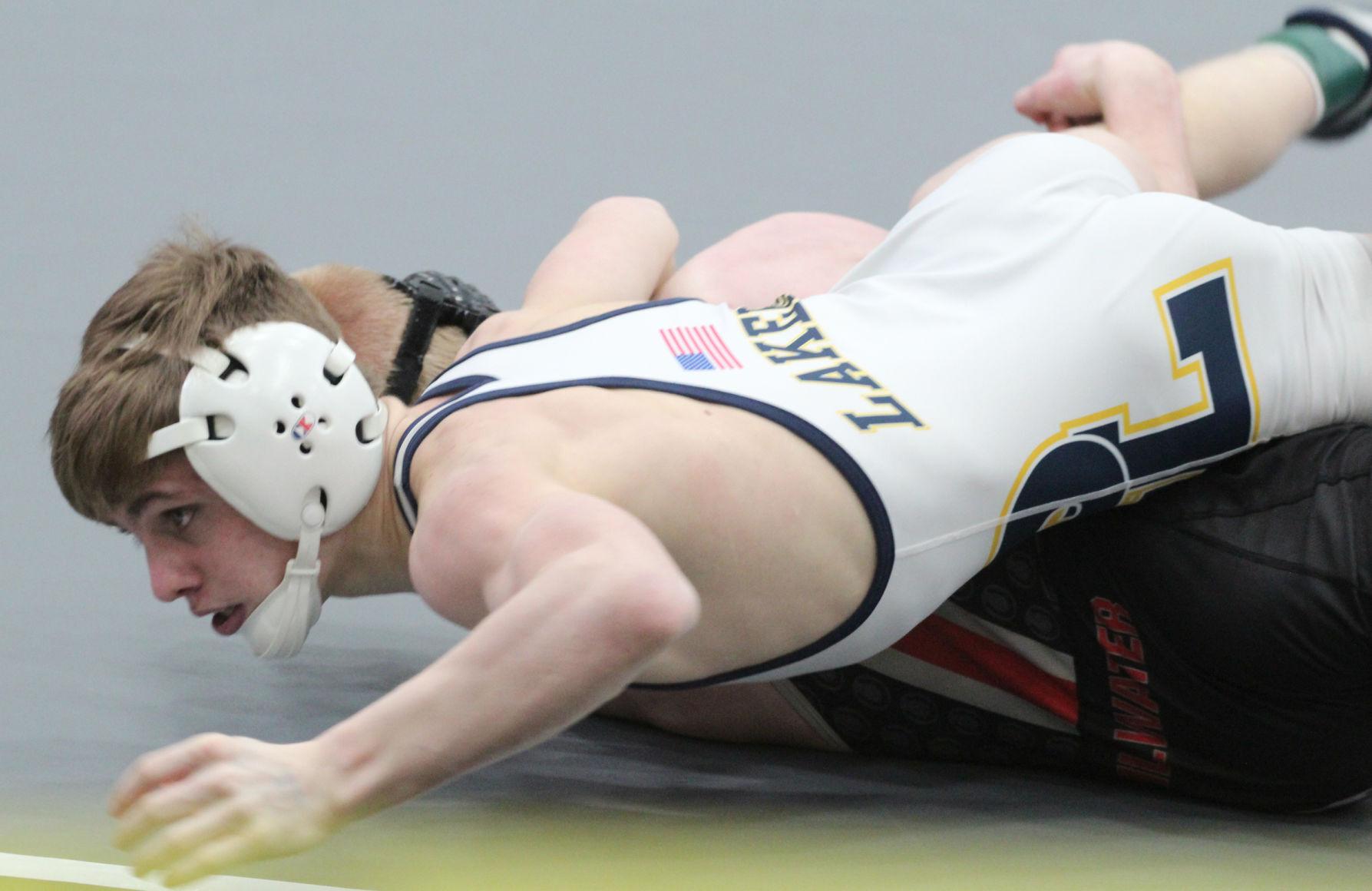 Prior Lake ninth-grader Alan Koehler pinned down the Class 3A state title at 106 pounds March 24 at St. Michael-Albertville High School, finishing the season with a 34-1 record.

Joining areas across the nation, Scott and Carver counties are seeing a rise in reported catalytic converter thefts.

The converters, which can re-sell for hundreds of dollars once cut off a car’s underside, carry precious metals. It makes the devices, meant to control emission toxins, enticing to thieves, according to local law enforcement officials.

Though Scott County Sheriff Luke Hennen said the department rarely goes through a year without seeing catalytic converter thefts, he wouldn’t be surprised to see an increase over the past 12 months.

“(In) June we started seeing an increase. That continued up until at least one just the other day,” Simon said.

In Prior Lake, the tale is similar. Chief Steve Frazer said in 2018, only two converters were reported stolen to the city’s police department. In 2020, there were nine.

Across the Minnesota River in Carver County, the trend continues.

In 2020, there were 30 stolen. In 2018 and 2019, converter thefts hovered between five and seven in the city. In a public post, the department confirmed the thefts are happening in communities across the metro.

Rare metal prices like platinum, found in converters, seem to be rising nationwide at scrap metal yards, Personius said. On top of that, the equipment usually doesn’t have a serial number. That can make them difficult to track if they’re stolen.

He said people can usually get anywhere from $50 to $400 when they scrap them. And if it’s a hybrid car?

“Hybrid vehicles have been targeted more often, such as like a Toyota Prius, because in those hybrids there’s apparently more precious metals so they’re getting upwards of $1,600,” Personius said.

In 2018, Shakopee resident Jenny McGee’s daughter’s first car had its converter stolen. They live at an apartment complex off Marschall Road, where the 1998 Honda Accord was parked.

It cost her family close to $600 to repair. Her advice to those hoping the same doesn’t happen to them?

“Park in a garage. There really is no way to hide. Mine was right in front of my house in broad daylight,” McGee said.

According to the Bureau of Criminal Apprehension, highly-targeted vehicles include the Prius, Honda Elements, and Mitsubishi Outlanders.

Hennen with Scott County said it’s not necessarily a difficult crime to commit — another incentive for these types of thefts.

“There’s an easy tradeoff for a few minutes of work,” Hennen said. “If you’re going to break into a house versus, you know, you can get a guaranteed $300 for doing this.”

In March of this year, Chaska resident Amber Houterman’s converter was stolen in the middle of the night.

The stay-at-home mom didn’t know it had been sawed off until her mechanic informed her.

“I took it in because it sounded like a hot rod,” she said of the 2005 Hyundai Tucson.

Luckily, it didn’t put too much of a dent in her wallet.

“The cost could have been exponential but my amazing mechanic welded a pipe in place. Thank you, lack of emissions testing in Minnesota!” she said.

It’s not necessary for cars to have converters, but certain states require it for pollution standards.

HOW TO STOP IT

“The community is our best eyes and ears but if they aren’t aware of what to look for, they can’t do anything,” Hennen said.

If people see someone hanging around a car or other suspicious activity, they can call their local department or grab the license plate number.

People can also pay attention to where they leave their car, such as parking it in a more public or well-lit area or engrave their converters.

The Chaska Police Department is putting information like this on their social media channels. It’s also looking into starting a program with local auto service shops, Personius said, “to try and help curb the thefts.”

He said the BCA is also working on enacting legislation to curb purchasing on the back end.

“One person or one group of people doing this has a huge impact. They’re going out all night long trying to do this. It’s impactful when you catch somebody and you can stop it,” Hennen said. “They’re not just gonna drive around one neighborhood in Chaska or Shakopee. They’ll drive around four neighborhoods in one night.”