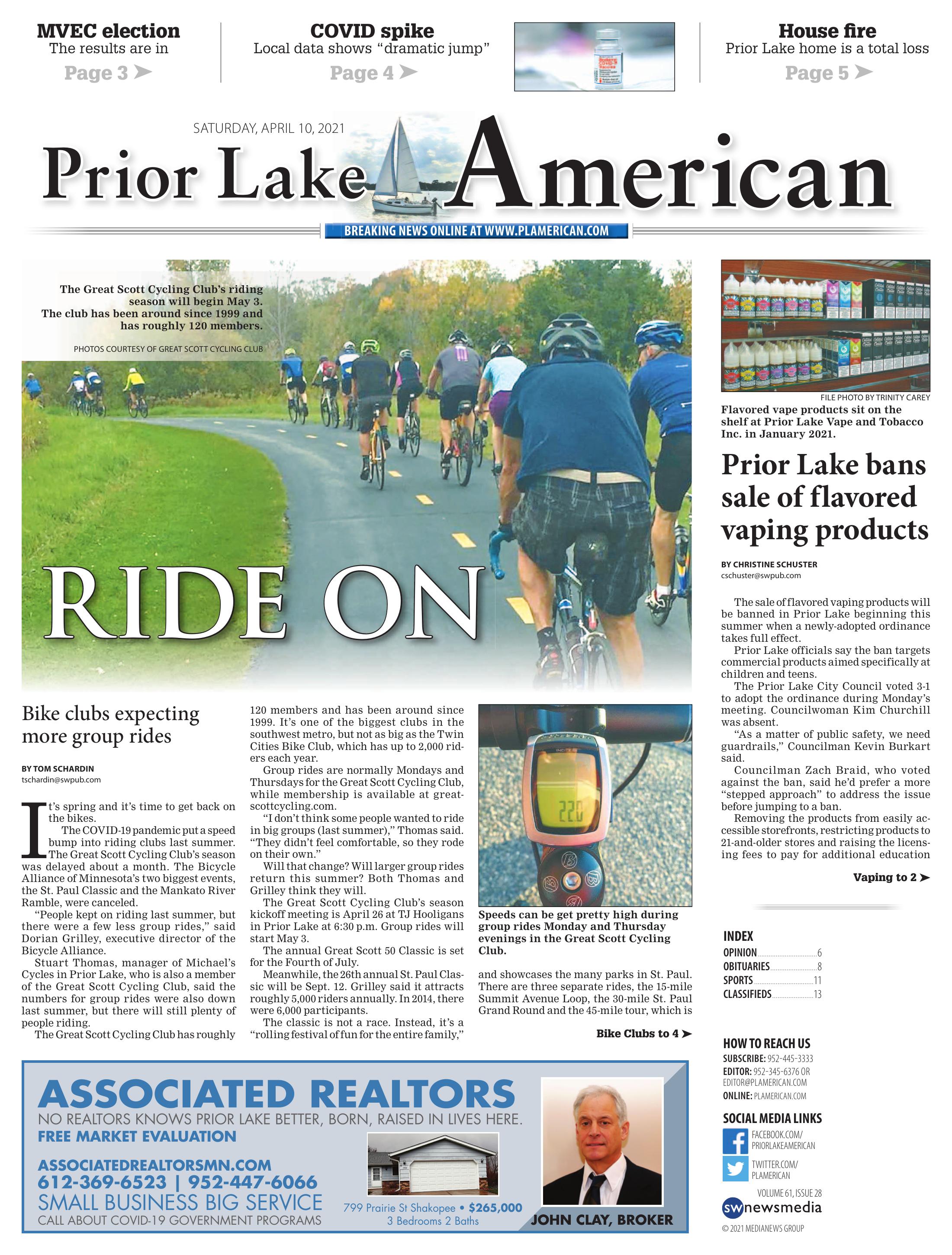 It’s spring and it’s time to get back on the bikes.

The COVID-19 pandemic put a speed bump into riding clubs last summer. The Great Scott Cycling Club’s season was delayed about a month. The Bicycle Alliance of Minnesota’s two biggest events, the St. Paul Classic and the Mankato River Ramble, were canceled.

“People kept on riding last summer, but there were a few less group rides,” said Dorian Grilley, executive director of the Bicycle Alliance.

Stuart Thomas, manager of Michael’s Cycles in Prior Lake, who is also a member of the Great Scott Cycling Club, said the numbers for group rides were also down last summer, but there will still plenty of people riding.

The Great Scott Cycling Club has roughly 120 members and has been around since 1999. It’s one of the biggest clubs in the southwest metro, but not as big as the Twin Cities Bike Club, which has up to 2,000 riders each year.

Group rides are normally Mondays and Thursdays for the Great Scott Cycling Club, while membership is available at greatscottcycling.com.

“I don’t think some people wanted to ride in big groups (last summer),” Thomas said. “They didn’t feel comfortable, so they rode on their own.”

Will that change? Will larger group rides return this summer? Both Thomas and Grilley think they will.

The Great Scott Cycling Club’s season kickoff meeting is April 26 at TJ Hooligans in Prior Lake at 6:30 p.m. Group rides will start May 3.

The annual Great Scott 50 Classic is set for the Fourth of July.

The classic is not a race. Instead, it’s a “rolling festival of fun for the entire family,” and showcases the many parks in St. Paul. There are three separate rides, the 15-mile Summit Avenue Loop, the 30-mile St. Paul Grand Round and the 45-mile tour, which is a combination of both.

The Mankato River Ramble is held in October and attracts about 2,000 riders a year. This fall will be the 11th anniversary of the that event. There’s 12-, 26- or 42-mile events. The long ride follows along the Minnesota River, through Red Jacket Trail and to the Rapidan Dam Cafe, where you can buy some pies.

Through the month of April, the Bicycle Alliance also has its annual 30 Days of Biking, where riders are encouraged to blog about their adventures. It’s been around since 2010. For more information, go to bikemn.org.

Thomas said Great Scott group rides will be on traditional trails like Murphy-Hanrehan Park Reserve in Savage, Lake Marion in Lakeville and along the Minnesota River bottoms.

Carver Park Reserve has over 10 miles of trails, including the Monarch single-track trail for adapted, beginner, intermediate and advanced riders. The newest one in Chaska is the Hawks Ridge Trail, which 4.1 miles. It opened last June.

The trail is on Minnesota Department of Transportation-owned land and was designed to give kids and adults a safer place to ride or hike.

The Minnesota River Bottoms is regarded as one of the state’s top trails. There’s 17 miles of single- and double-track routes that hug the river stretching as far as Fort Snelling Park.

The trails at Theodore Wirth Park on the western edge of North Minneapolis near downtown are also popular, along with the 12 miles of single-track for beginners and intermediate riders at Lebanon Hills in Eagan, which is down the road from the Minnesota Zoo.

Overall, there are 4,000 miles of bike trails in Minnesota.

“I think a lot of people are anxious to get out a ride again in bigger groups,” Thomas said. “We are planning on more gravel and mountain bike rides. I think everyone is looking forward to the summer.” 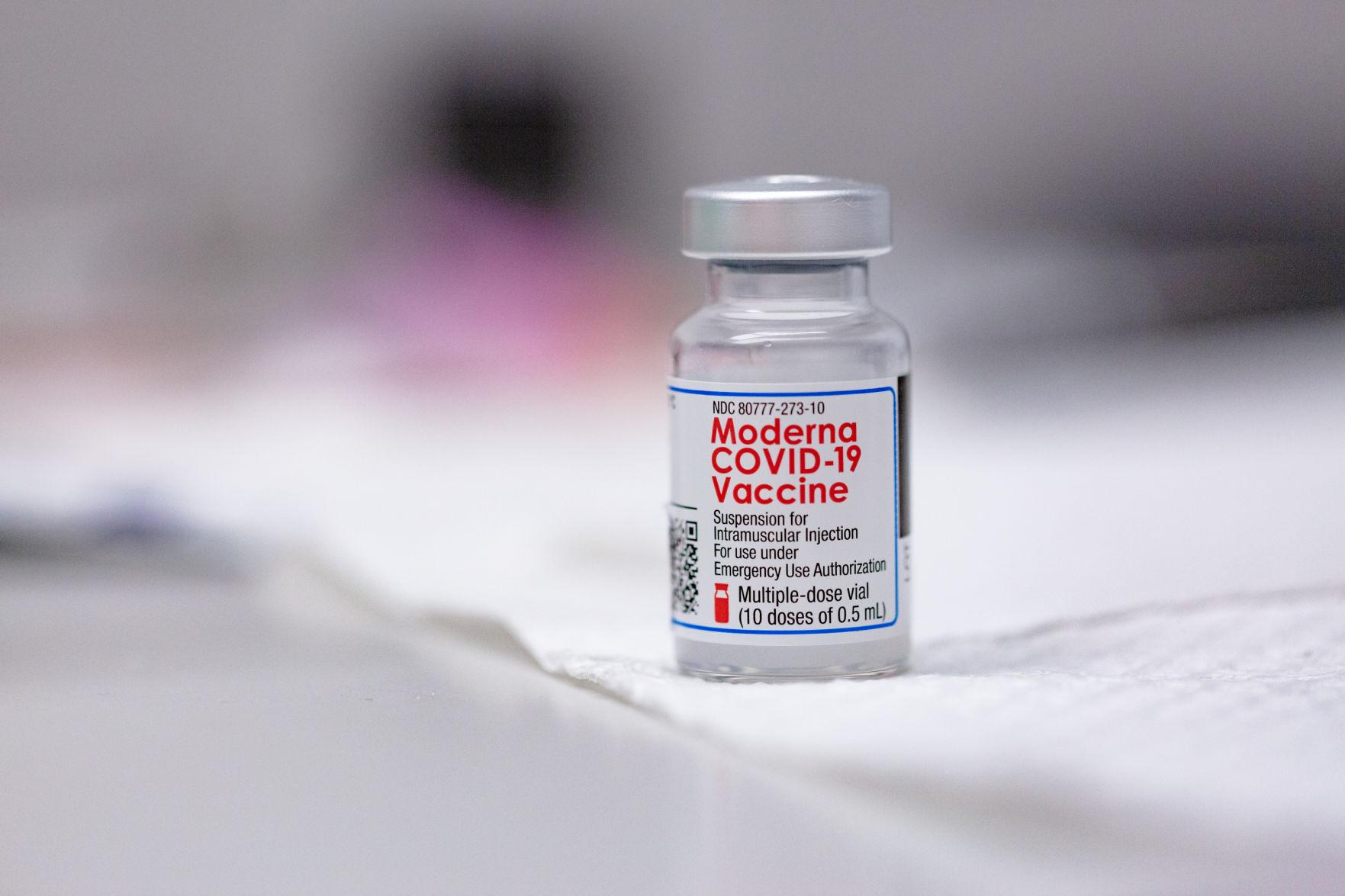 Flavored vape products sit on the shelf at Prior Lake Vape and Tobacco Inc. in January 2021.

The sale of flavored vaping products will be banned in Prior Lake beginning this summer when a newly-adopted ordinance takes full effect.

The Prior Lake City Council voted 3-1 to adopt the ordinance during Monday’s meeting. Councilwoman Kim Churchill was absent.

“As a matter of public safety, we need guardrails,” Councilman Kevin Burkart said.

Councilman Zach Braid, who voted against the ban, said he’d prefer a more “stepped approach” to address the issue before jumping to a ban.

Removing the products from easily accessible storefronts, restricting products to 21-and-older stores and raising the licensing fees to pay for additional education were some of the measures he described.

“However, I am encouraged by any steps we are taking as a city to protect our youth moving forward,” Braid said.

The ordinance will take effect Aug. 15. The formal vote followed months of discussion and review surrounding the usage of vaping products among school-aged youth.

“Our objective is not to ban them all, but to ban the options specifically targeted at youth, and that’s good public policy,” Burkart said.

Prior Lake’s flavor ban does not include tobacco and menthol flavors.