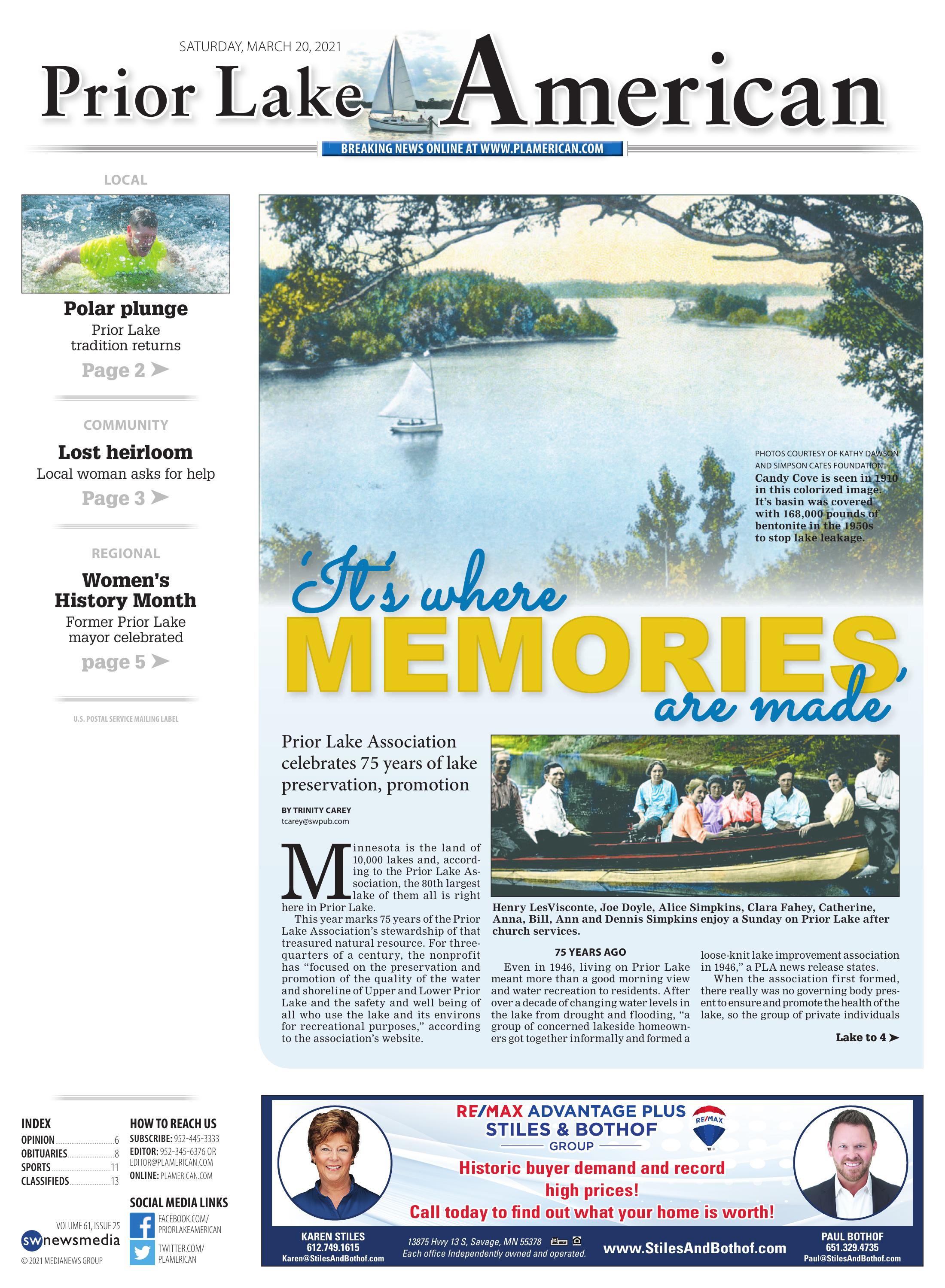 Photo courtesy of the Prior Lake Association

The Fourth of July boat parade is one of the events organized by the Prior Lake Association along with lake clean up events, the annual fireworks display and more.

Minnesota is the land of 10,000 lakes and, according to the Prior Lake Association, the 80th largest lake of them all is right here in Prior Lake.

This year marks 75 years of the Prior Lake Association's stewardship of that treasured natural resource. For three-quarters of a century, the nonprofit has “focused on the preservation and promotion of the quality of the water and shoreline of Upper and Lower Prior Lake and the safety and well being of all who use the lake and its environs for recreational purposes,” according to the association's website.

Even in 1946, living on Prior Lake meant more than a good morning view and water recreation to residents. After over a decade of changing water levels in the lake from drought and flooding, “a group of concerned lakeside homeowners got together informally and formed a loose-knit lake improvement association in 1946,” a PLA news release states.

When the association first formed, there really was no governing body present to ensure and promote the health of the lake, so the group of private individuals took matters into their own hands, explained PLA President Adam Proehl, tackling issues like lake levels and water quality.

Some of the Prior Lake Association’s most notable achievements early in its history include various lake level management efforts. In the 1950s, members of the PLA and lake property owners treated Candy Cove with bentonite, a clay that swells in water, to prevent water from leaking from the cove. 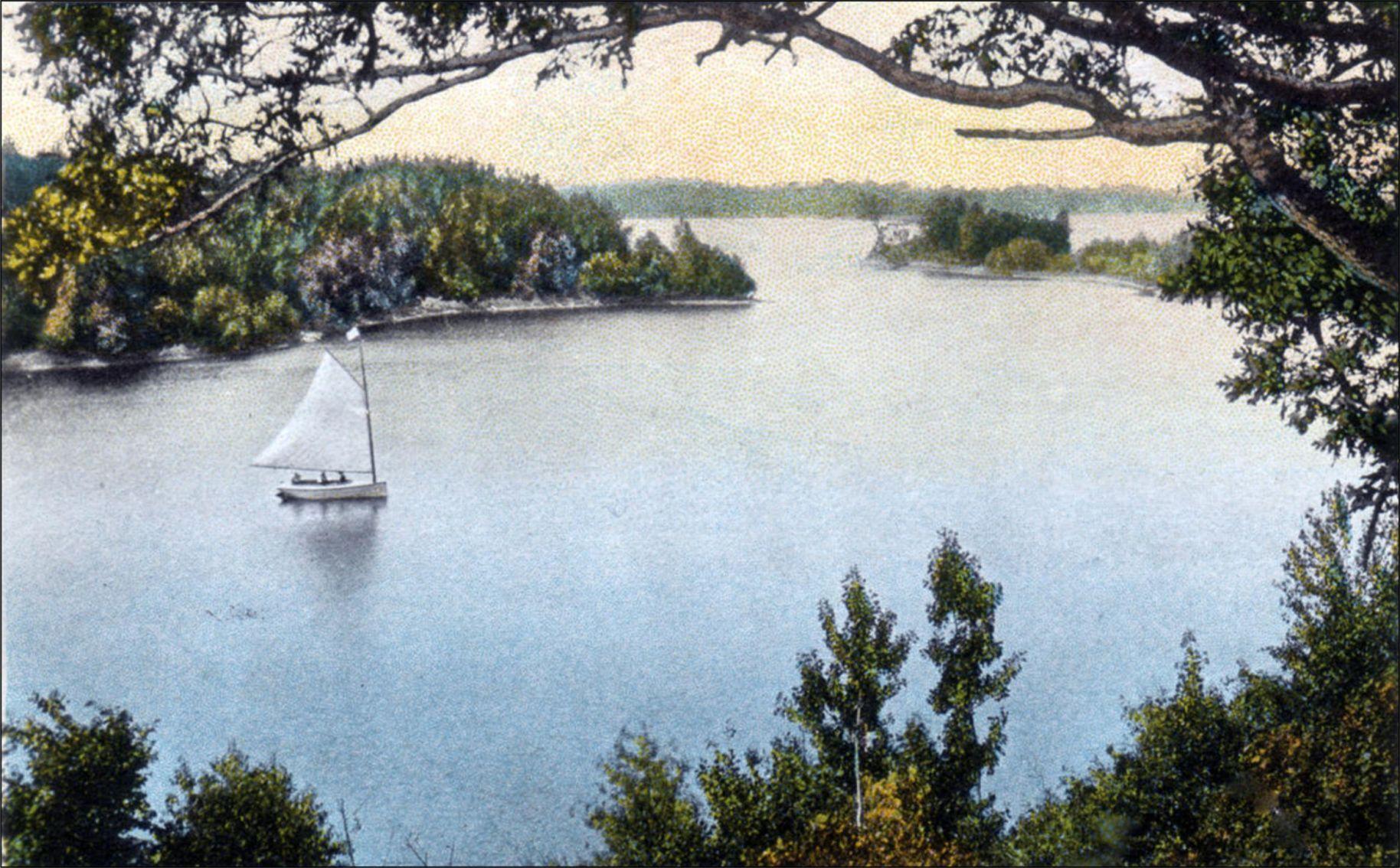 The association also fundraised for the purchase of a well to pump water into the lake when levels were low and formed a committee to divert pollution from the lake. With fluctuating lake levels and pollution as a growing concern in the mid-1960s, the association also went on to petition for a watershed district, and in March of 1970, the Prior Lake-Spring Lake Watershed District was established.

Today, many parties — such as the DNR, the city, PLSLWD, Scott County Sheriff’s Office and the PLA — all take part in promoting and protecting the water quality of Prior Lake and the safety of those who enjoy it.

Over the last several decades, the day-to-day operations of the organization have shifted, but the goal of protecting the 1,356 acres and over 20 miles of shoreline of the lake remains unchanged from founding members to present.

Nowadays, the association is responsible for supplying and replacing lake marker buoys, hosting lake clean up events, providing information and education on the lake to the public, organizing community events and more.

“This year we did a small project with trying to keep the lake clean during the wintertime by welcoming fishermen, but also encouraging everyone to clean up their trash after leaving the lake,” PLA Board Member Steve Reinders said as he noted some of the organization’s more recent projects.

Each year the PLA provides the Fourth of July Fireworks display, the boat parade and an ice cream social for the community and board members are currently working to bring back the popular “Dive the Lake” clean up event. 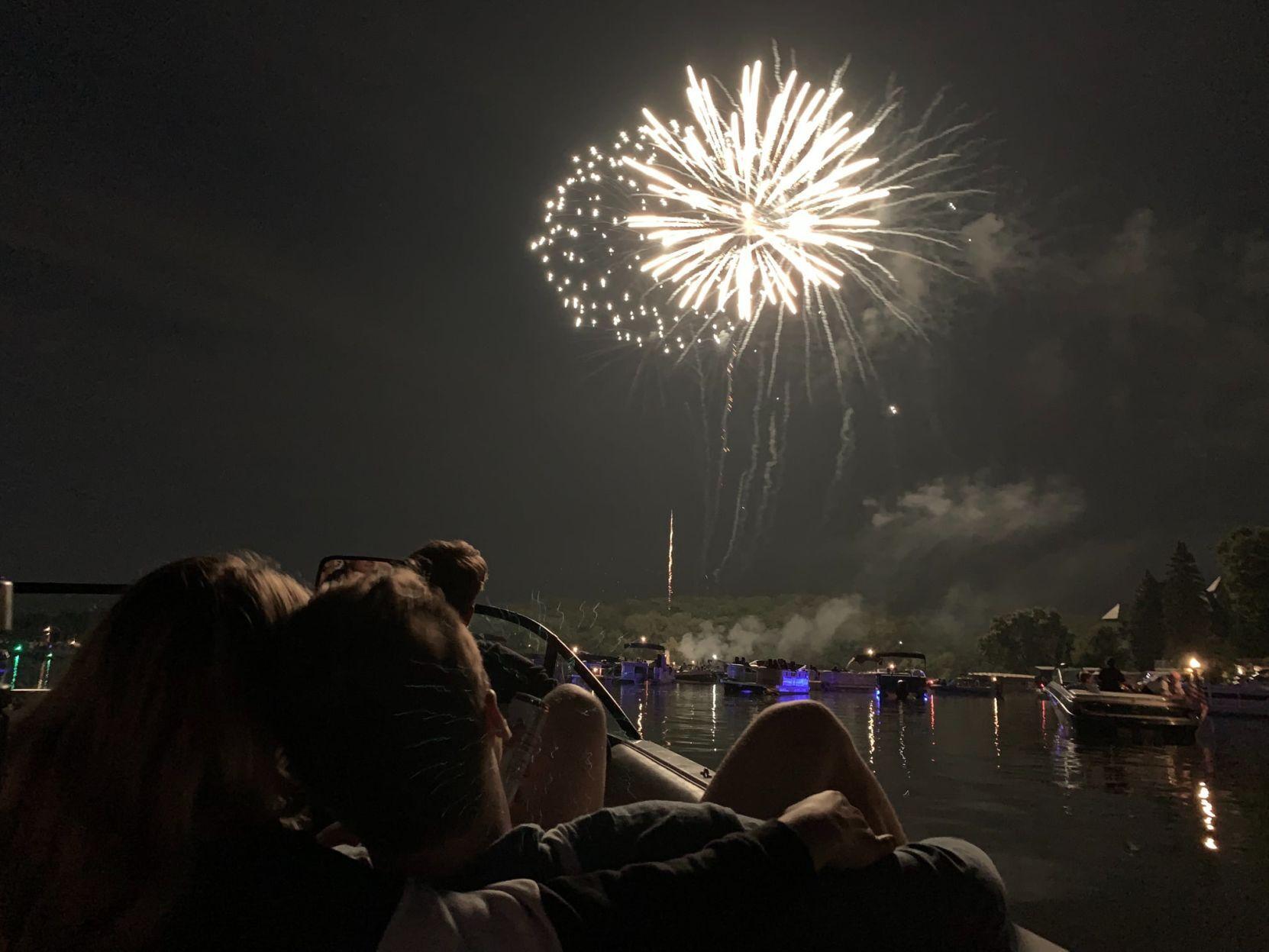 The Prior Lake Association has provided the Fourth of July fireworks display for decades. To commemorate its 75th anniversary and the 55th consecutive year of sponsoring the fireworks, this year’s display is set to be the biggest one yet, said PLA Board Member Matt Schafer.

It’s all a part of being a member and helping to keep the lake “a valuable resource to the community,” Proehl said.

Aside from providing its namesake, the body of water imparts a sense of community as residents have gathered and recreated at Prior Lake throughout the years.

“If you spend a sunny Saturday afternoon in the summertime anywhere close to the lake you'll see how many people truly use it and enjoy it for a variety of purposes. I think that kind of says it all right there,” Proehl said. “Whether you're renting a boat or dropping a boat in, or whether you're just going to hang out with some friends, it’s where memories are made.” 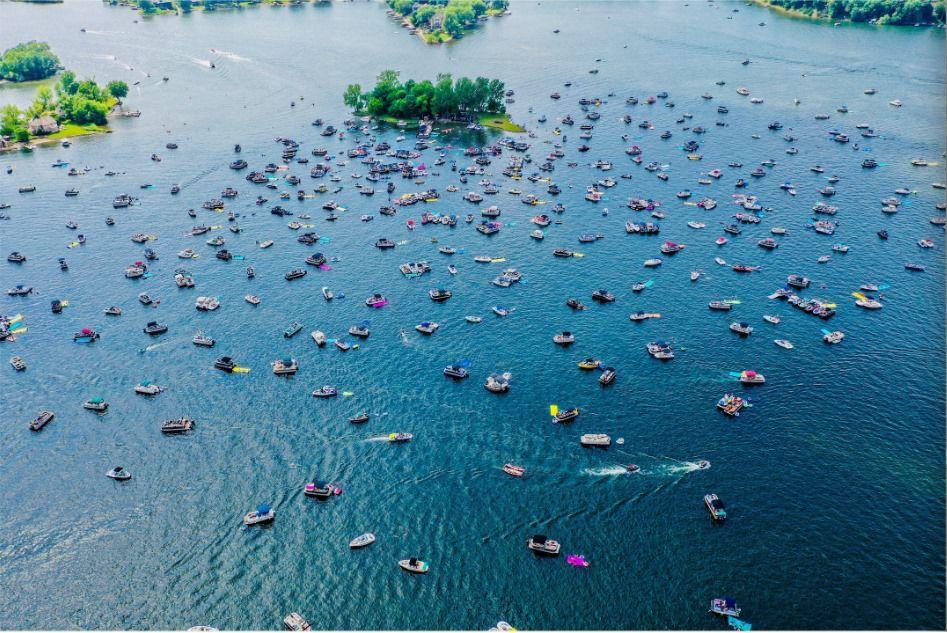 Photo courtesy of the Prior Lake Association

Boats gather on Prior Lake in the summer. The lake has long been a gathering place of residents in the summer for boating and water recreation and in the winter for ice fishing season.

Frigid temps and snow don’t stop the locals from heading to the lake to unwind either. Throughout the winter months passersby will see cross country skiers and ice fishing houses dotting the lake.

“Someone said a few years ago the lake was the jewel of Prior Lake and that's what it is,” Reinders said. “We do our best to promote fun on the lake and also promote preserving it at the same time.”

Reinders and Proehl are proud to be a part of an organization that aims to preserve the lake for generations to come and has also stood the test of time.

"We're a group of volunteers who are really committed to trying to do our part in this community," Proehl said.

In the years to come, Reinders would like the PLA to continue to work with the watershed district to improve water quality and reduce the carp population while promoting lake safety and proper use of the lake as the community continues to grow.

The board members said they would also like to see PLA memberships increase.

“The Prior Lake association is for anybody that uses or enjoys the lake or for anybody that makes memories on this lake. We encourage everybody to join, or donate, or get involved,” Board Member Matt Schafer said.

To commemorate 75 years in the community, the PLA is planning to host a party for the community late this summer or early fall, when it is safe to do so.

Residents can also expect to see the biggest display of Fourth of July fireworks to date, Shafer said. This summer will mark the 55th consecutive fireworks display sponsored by the PLA. Funds raised by the association for the annual event which takes place at Watzl’s Beach in Lakefront Park, comes from local businesses, organizations and members.

For more information on the association, or to become a member, visit priorlakeassociation.org. 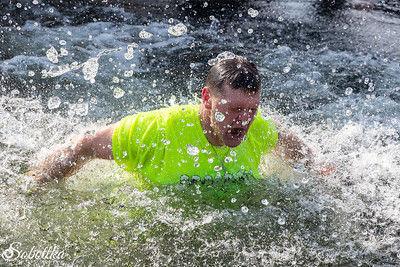 A participant in the 2020 Polar Plunge emerges from the water. This year’s Polar Plunge will take place at Sand Point Beach on March 27. Spectators will not be allowed at this year’s event due to COVID-19.