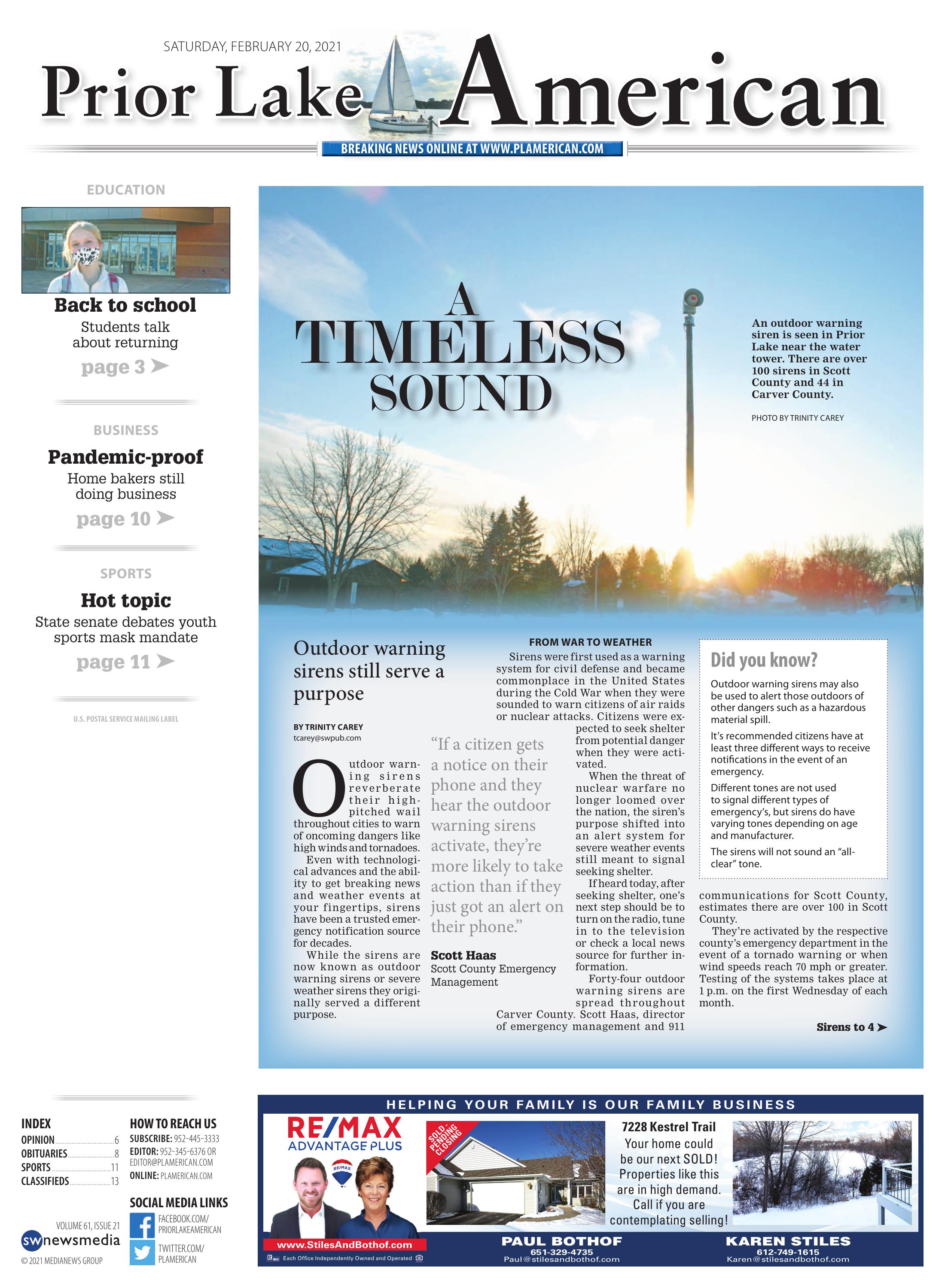 Outdoor warning sirens reverberate their high-pitched wail throughout cities to warn of oncoming dangers like high winds and tornadoes.

Even with technological advances and the ability to get breaking news and weather events at your fingertips, sirens have been a trusted emergency notification source for decades.

While the sirens are now known as outdoor warning sirens or severe weather sirens they originally served a different purpose.

From war to weather

Sirens were first used as a warning system for civil defense and became commonplace in the United States during the Cold War when they were sounded to warn citizens of air raids or nuclear attacks. Citizens were expected to seek shelter from potential danger when they were activated.

When the threat of nuclear warfare no longer loomed over the nation, the siren’s purpose shifted into an alert system for severe weather events still meant to signal seeking shelter.

If heard today, after seeking shelter, one’s next step should be to turn on the radio, tune in to the television or check a local news source for further information.

Forty-four outdoor warning sirens are spread throughout Carver County. Scott Haas, director of emergency management and 911 communications for Scott County, estimates there are over 100 in Scott County.

They’re activated by the respective county’s emergency department in the event of a tornado warning or when wind speeds reach 70 mph or greater. Testing of the systems takes place at 1 p.m. on the first Wednesday of each month.

The sirens, typically found atop telephone poles, are located along county roads and in some cases in resident’s backyards. They’re designed to slightly overlap in coverage area to ensure if you’re outside, you’ll hear it, Haas said.

While also designed to not be heard indoors, residents might still be able to hear the alert inside their homes depending on a structure’s build and proximity to a siren.

Outdated or worth updating?

When cities across the nation first came to use warning sirens, there were no smartphones to get instant alerts of imminent danger and breaking news events often making sirens a citizen’s first signal that something was awry.

Now our phones ping when a school is closed or there’s a road detour and a wealth of information is just a few clicks away, so is there still a need for such a system? Local officials say the answer is “mixed,” but sirens still have their place in the information age.

“It’s almost like the 50s technology back to the days of war and I don’t think they’re going away,” Paige said. “I do think that they have usefulness right now. We don’t have the Cold War anymore (but) people still depend on them.”

In emergency events you can’t count on just one device to alert you, Paige said, and there are still those who don’t depend on social media and smartphones for notifications.

“There’s definitely more modern technology that can deliver a more clear and concise message,” Haas said. “However, when a number of studies have been done about warning the public what’s been identified is that many members of the public need to find out about a dangerous situation in at least two different methods before they truly take it to heart and take corrective action and take action to take care of themselves. If a citizen gets a notice on their phone and they hear the outdoor warning sirens activate, they’re more likely to take action than if they just got an alert on their phone.”

Sirens may not provide a short read of the specifics of the situation immediately like a cell phone can, but it can tip off those away from technology and be another sign to persons already alerted that what’s taking place is serious.

“It comes down to — human nature is not to trust just one source of information for something as critical as severe weather,” Haas said.

Prior Lake Police Department Commander Brad Cragoe often manages the 15 sirens within the city limits of Prior Lake. Every Wednesday he and other available officers on duty park near the sirens to make sure they’re still sounding when the county runs its regular test.

Within the metro area there are sirens that have been around for decades, Haas said.

The sirens in Prior Lake date back to the 2000s for the most part with the oldest one dating back to 1990. They’ve slowly been replaced over the last several years with one siren costing approximately $13,000 to completely replace, Cragoe said.

“We’ve all grown up with these things and so there’s an expectation that we continue to provide this warning system,” he said.

Of course, there are now more efficient ways to notify the public of oncoming weather events, Cragoe recommended everyone purchase an inexpensive weather radio or download a similar app, but the sirens are still alerting those out on the golf course or boating on the lakes for example, he said.

Because the sirens aren’t sounded frequently, they also help convey the seriousness of an event to communities, he said.

“If we were to set these things off every time there was any type of storm people would get so desensitized to it that it wouldn’t have the effect, so when we do have the really bad weather, the possible tornado coming through I think people would have a tendency to ignore it,” Cragoe said.

Sounding off for the foreseeable future

They may not be used frequently, their intended purpose has certainly shifted and citizens still have to seek a second source for information, but warning sirens won’t be a thing of the past anytime soon, officials said.

Even as technology continues to advance, Haas thinks there will always be a need for some type of outdoor alert system. Whether that system will continue to look the same is hard to say, he added.

Perhaps in time emergency weather alerts will become another one of the automatic notifications on your phone, Cragoe suggested.

Still, the sirens have withstood the test of time and have become a universally understood sound, they agreed.

“The outdoor warning siren technology’s tried and true,” Haas said. “It’s lasted for many decades and it’s very recognizable to people of all generations.”

"If a citizen gets a notice on their phone and they hear the outdoor warning sirens activate, they're more likely to take action than if they just got an alert on their phone." 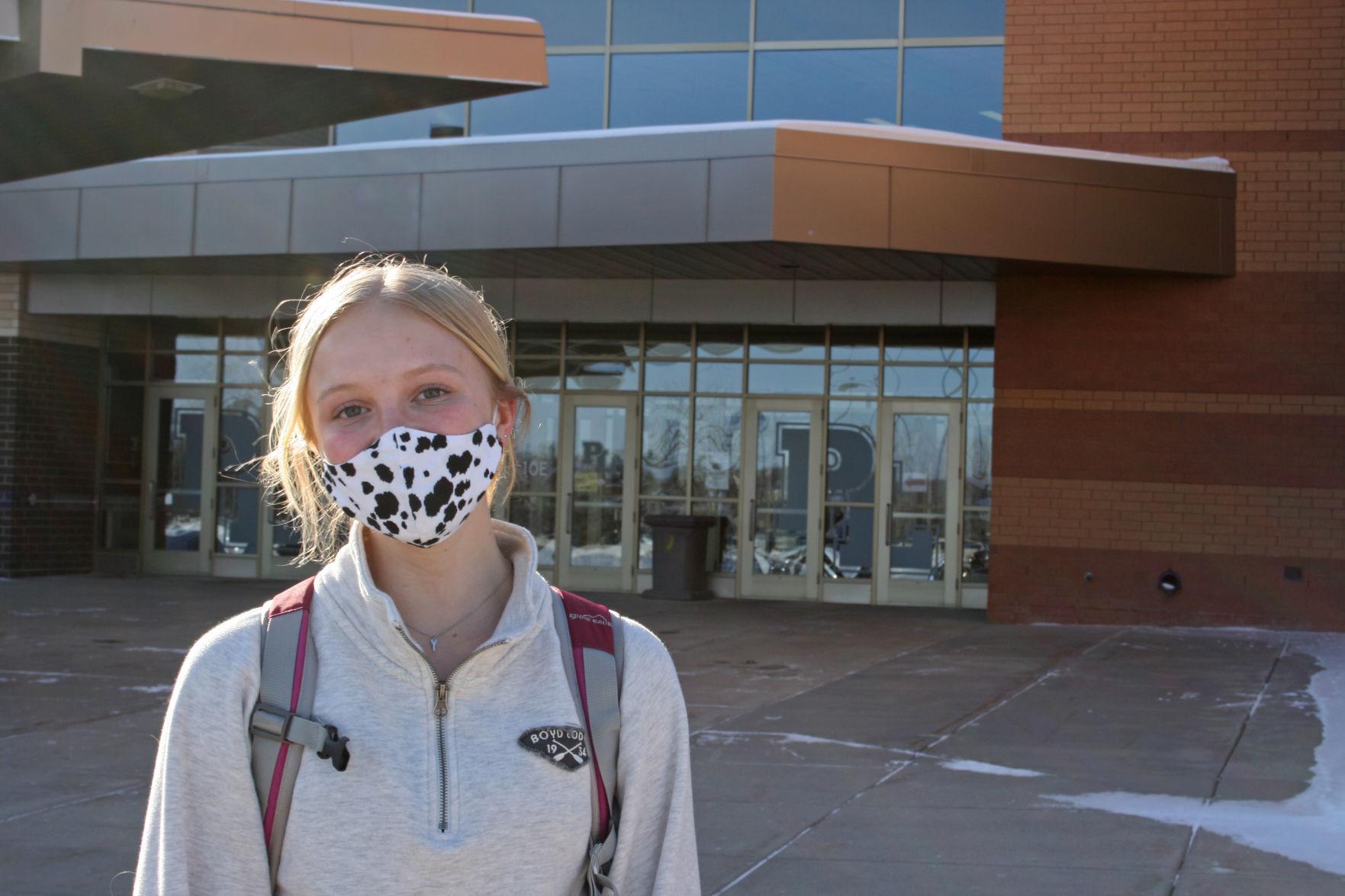