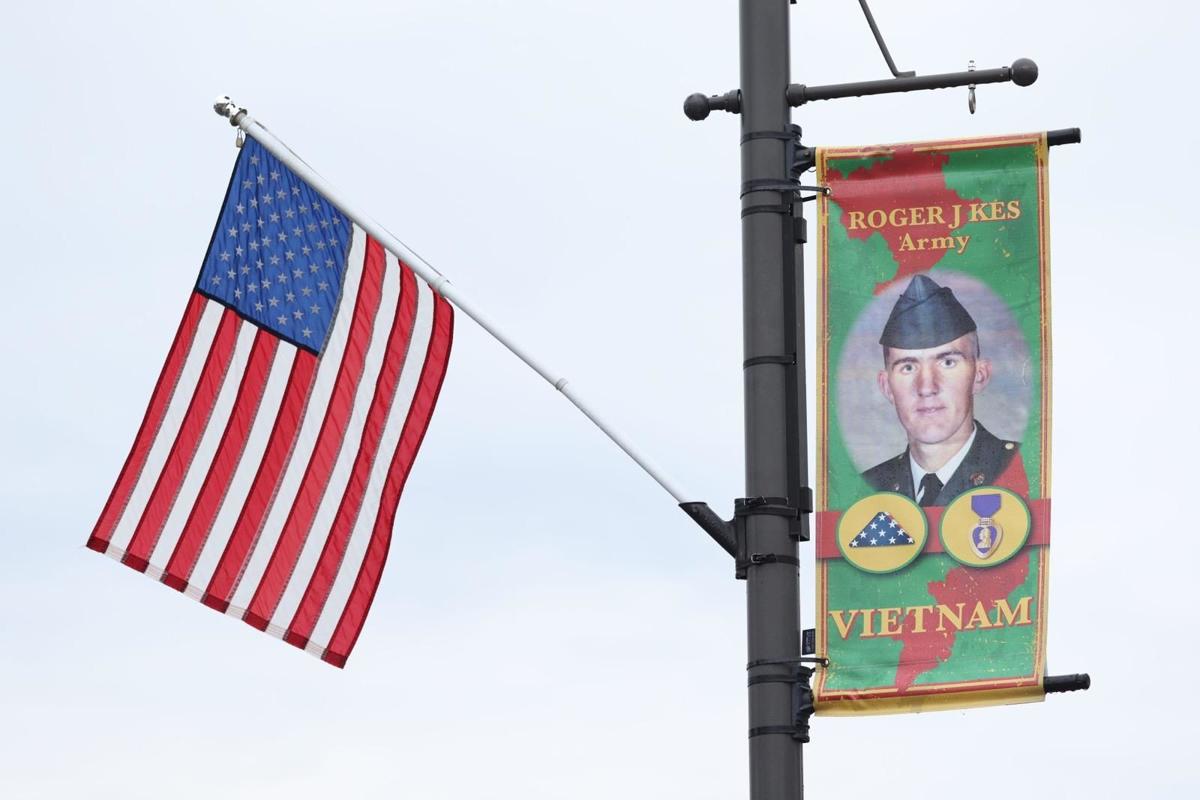 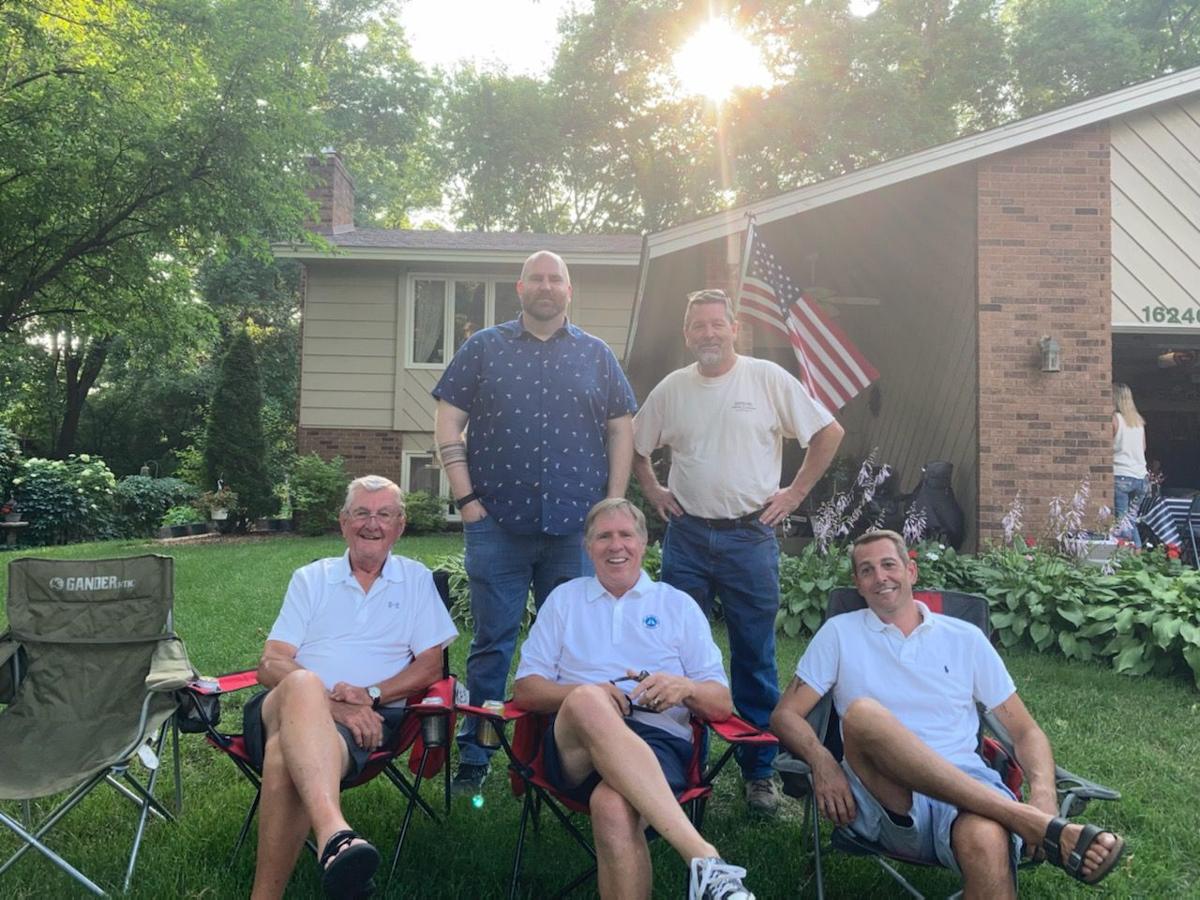 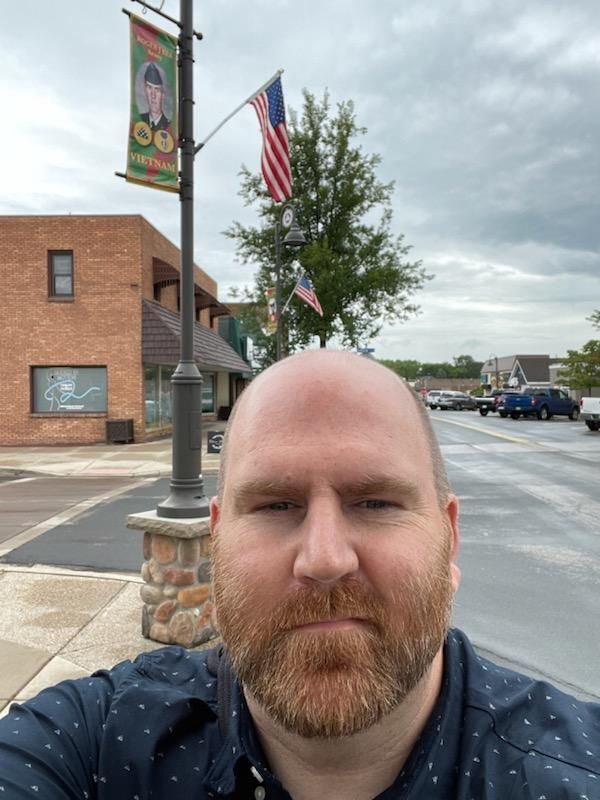 Aaron Kes stands in front of his father's banner in downtown Prior Lake. Kes' father was Roger James Kes, a U.S. Army veteran, who served in Vietnam from 1967-69. 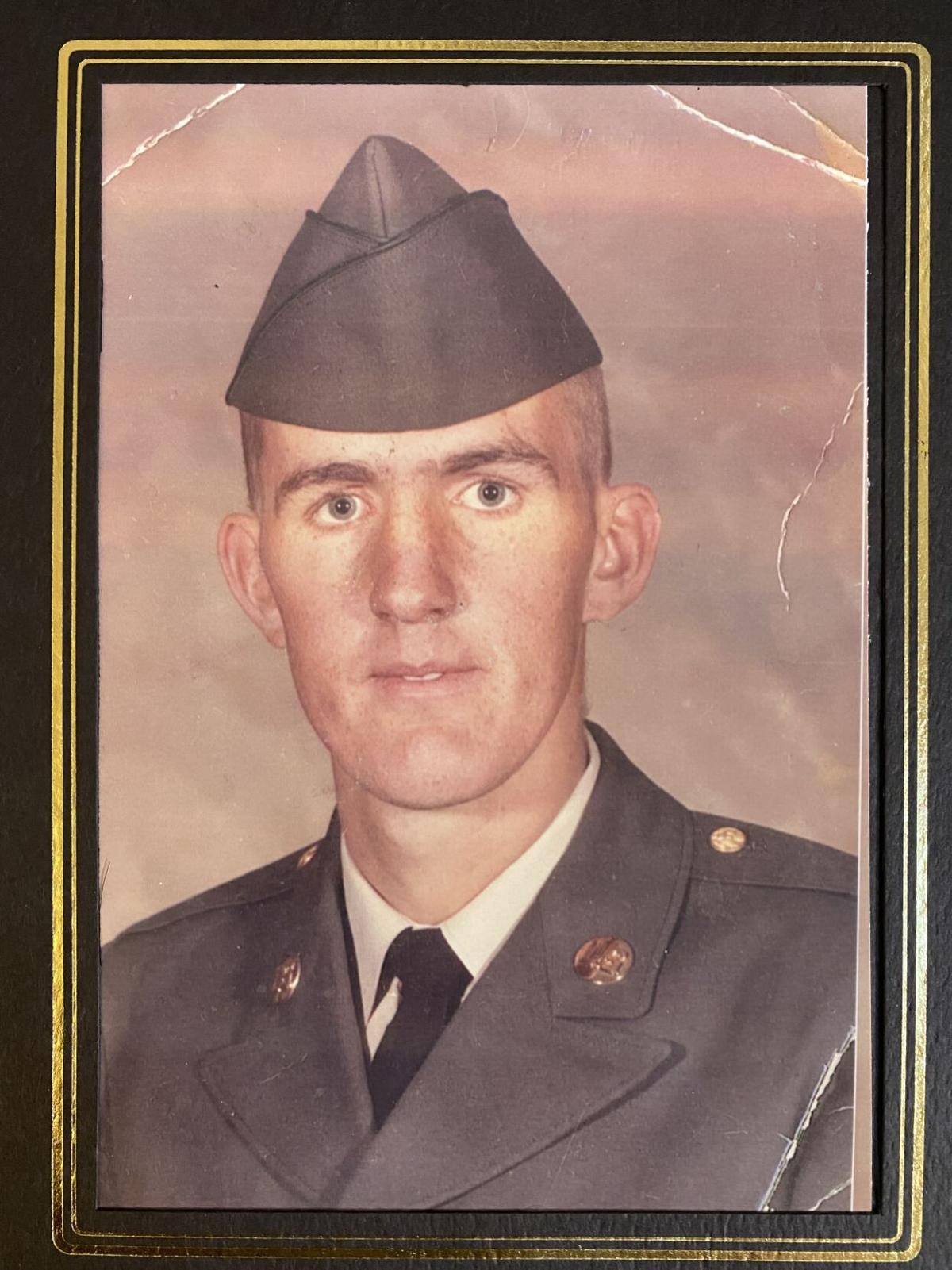 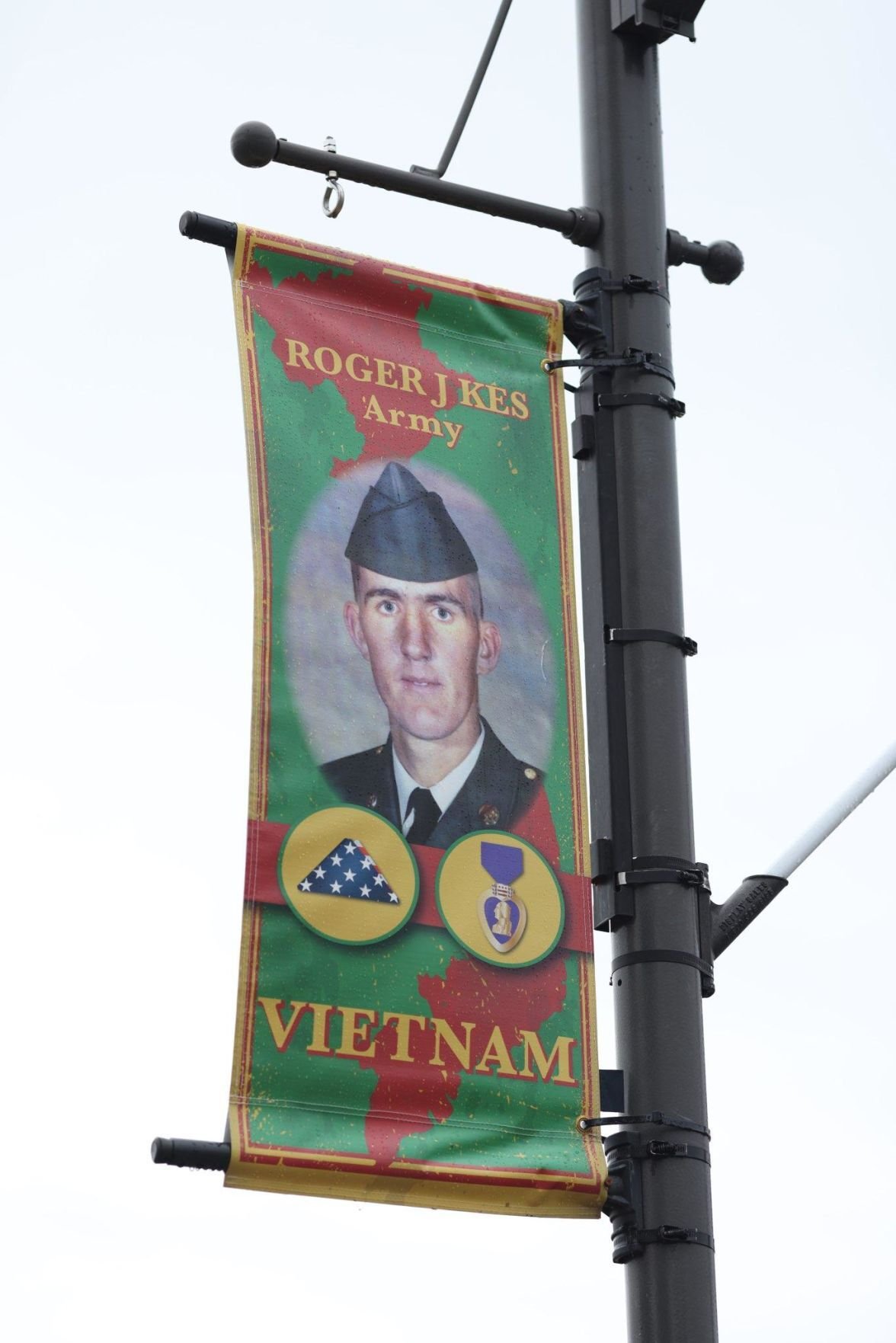 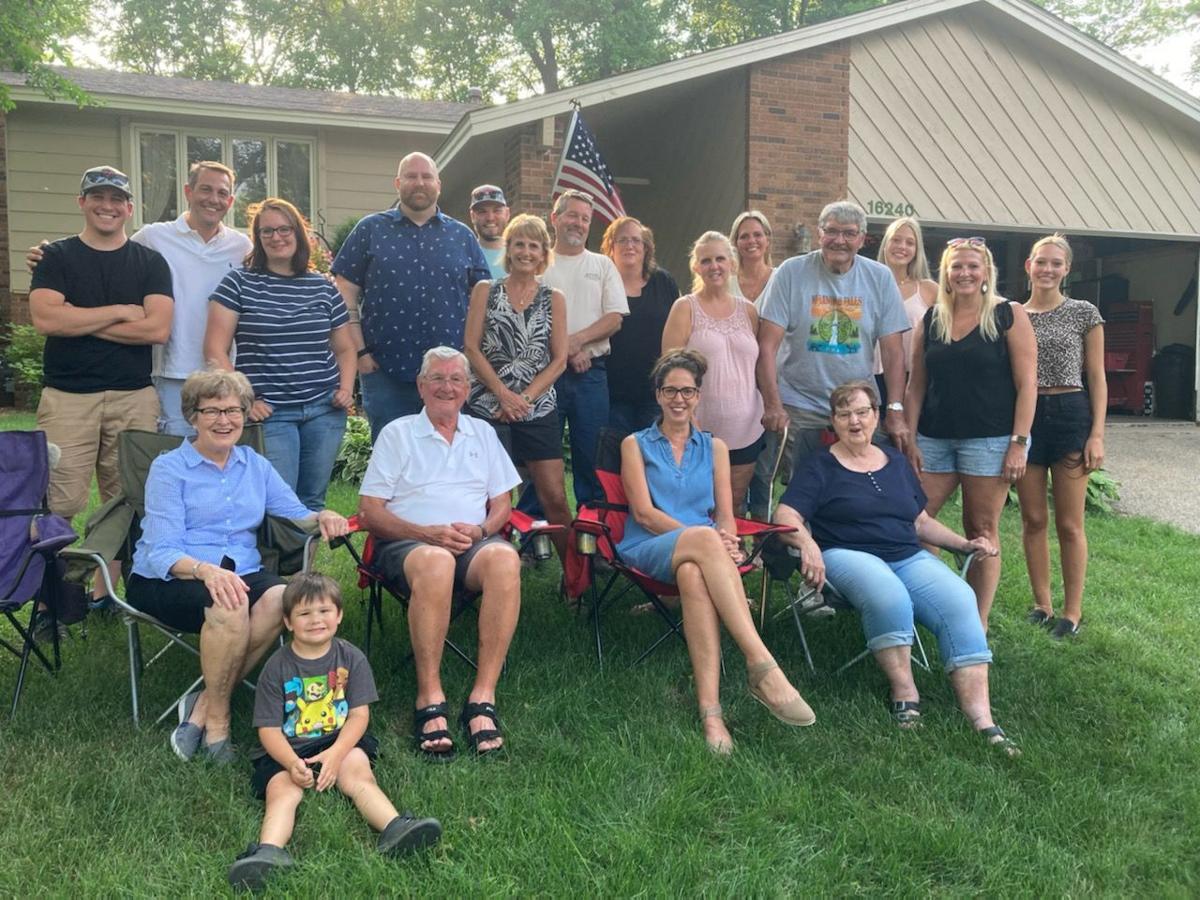 The Kes family recently got together for a small family reunion in Prior Lake. 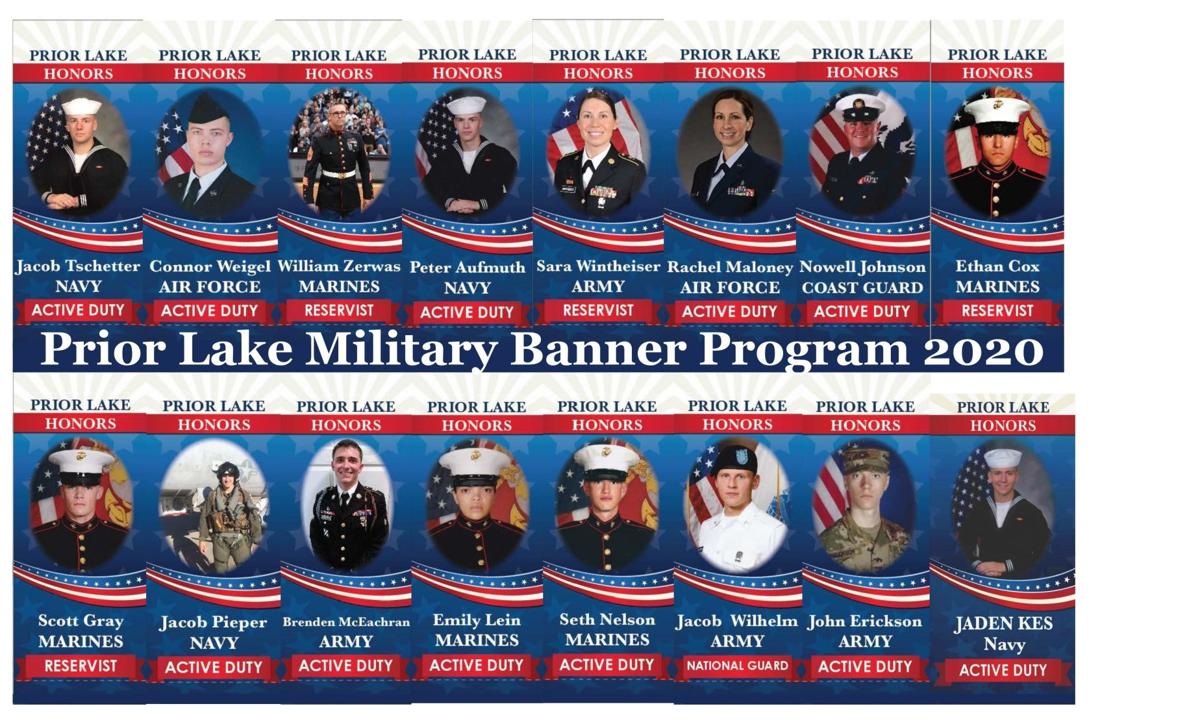 The Kes family recently got together for a small family reunion in Prior Lake.

If you've recently driven around Prior Lake and noticed local veterans on downtown banners, you can thank Prior Lake resident Mark Kes for initiating the Hometown Hero Banner Program.

The Prior Lake Hometown Hero/Military Banner Program was established in 2020 with the help of the Prior Lake VFW Post 6208, in partnership with the city after Kes wanted to honor his son, Jaden Kes, a U.S. Navy active duty veteran, in some way in the community.

The program recognizes and honors individuals who made the choice to serve in the United States Armed Forces.

"I have a son who is in the Navy and my wife started talking to the VFW and they wanted us to talk to the city. So, we talked to the city and they wanted it to be a joint venture and make it something bigger," Mark Kes said. "Last year we did active military personnel and this year we did the Vietnam veterans since we're losing a lot of those veterans on a yearly basis now. We're going to have a theme every year."

There were 16 banners in total honoring active military members the first year in 2020 including Jaden and 44 banners honoring Vietnam veterans this year. The banners are displayed Memorial Day through Veterans Day on light poles each season on Main Avenue SE from Pleasant Street to 160th Street.

This year, in honor of Vietnam veterans, Mark decided to honor another family member as a surprise to his cousin, Aaron Kes, who currently resides in Phoenix, Arizona, by hanging his father's banner downtown.

Aaron, who was traveling on a business trip, decided to stop and visit family in Prior Lake once he found out about his father's image being honored in the community.

"I didn't know until the banner was up. My first reaction was that it was just a really nice thing," said Aaron Kes. "As someone who lost a parent, it's nice to have anything that honors them or reminds you of them. It was a really cool thing having it up in the town that we're from. It's a really special thing and I thought it would be cool to see. This whole trip was to see it."

Roger was born on Sept. 22, 1949 in New Prague, Minnesota. He died Nov. 13, 2002 at the age of 53 in Glendale, Arizona. Roger spent the first half of his life in Prior Lake where he attended school and graduated from Prior Lake High School. He married Carol Pahl on July 18, 1970 and lived in Prior Lake until 1988 until they moved to Arizona.

Roger's older brother, Don Kes, who is the second oldest of eight siblings and resides in Prior Lake, said Roger was wounded during the war and was awarded a Purple Heart for injuries he endured while on active duty.

"He was wounded one time. There were 11 soldiers in the platoon one time and they were surrounded. They had to shoot it out, four of them were killed and he was one of the wounded," said Don Kes. "He was sent to Australia right after that for recovery. He was there for two weeks and then came back and they put him back on the front line because he was an expert shot. He ended up with malaria and had a dislocated shoulder. He wasn't really the same when he got back."

Aaron Kes said his father was the strong, silent type but had a good sense of humor as well.

"My dad was a quiet guy, I think Vietnam had a lot to do with it because he went through some stuff but he was a fun guy," said Aaron. "He was a bit of a sarcastic rascal and I definitely got that from him. I definitely get a lot of my sense of humor from him too. The two things we could always talk about was sports and military shows. He was a hard working man, he worked like crazy. He was just a good guy."

Aaron Kes said his father also had a love for Christmas and would always take the time to decorate the family home.

"He'd always take off the week of Thanksgiving to make a big display at our house," said Aaron Kes. "As a kid who didn't want to work, I always had to reluctantly help him. But it always felt so special. Our neighbors would always slow down just to look at it. He was very into it in Minnesota too but when we moved to Arizona he stepped it up big time because it was easier with no snow."

Prior Lake Mayor Kirt Briggs said he is proud to have the Hometown Hero Banner Program in the community.

"The citizens of Prior Lake and the tribal members of the Shakopee Mdewakanton Sioux Community have a long and rich history of serving the country in uniform," said Briggs. "The Hometown Hero banners on Main honors those that have served and invites each of us to reflect on our past and give thanks to those that served.

"As a Purple Heart city, Prior Lake has long recognized and appreciated the sacrifices that have been made by our veterans and those in active service today. It is wonderful to hear that many family members are traveling in to Prior Lake to visit the banners and join us in honoring our Hometown Heroes."

"It makes me feel like I'm a part of something special," he said. "I didn't know my dad obviously when he was in Vietnam, but I know it was a big part of his life. Any time he would tell stories about it his eyes would light up, not with excitement, but you can tell it was a really important to him. I think I've only seen him cry two times ever in my life. I think honoring him and active duty veterans is a wonderful thing."

For more information on the Prior Lake Military Banner Program visit vfwpost6208.com/military-banner-program/.The banner program is completely non-profit and operated by volunteers.