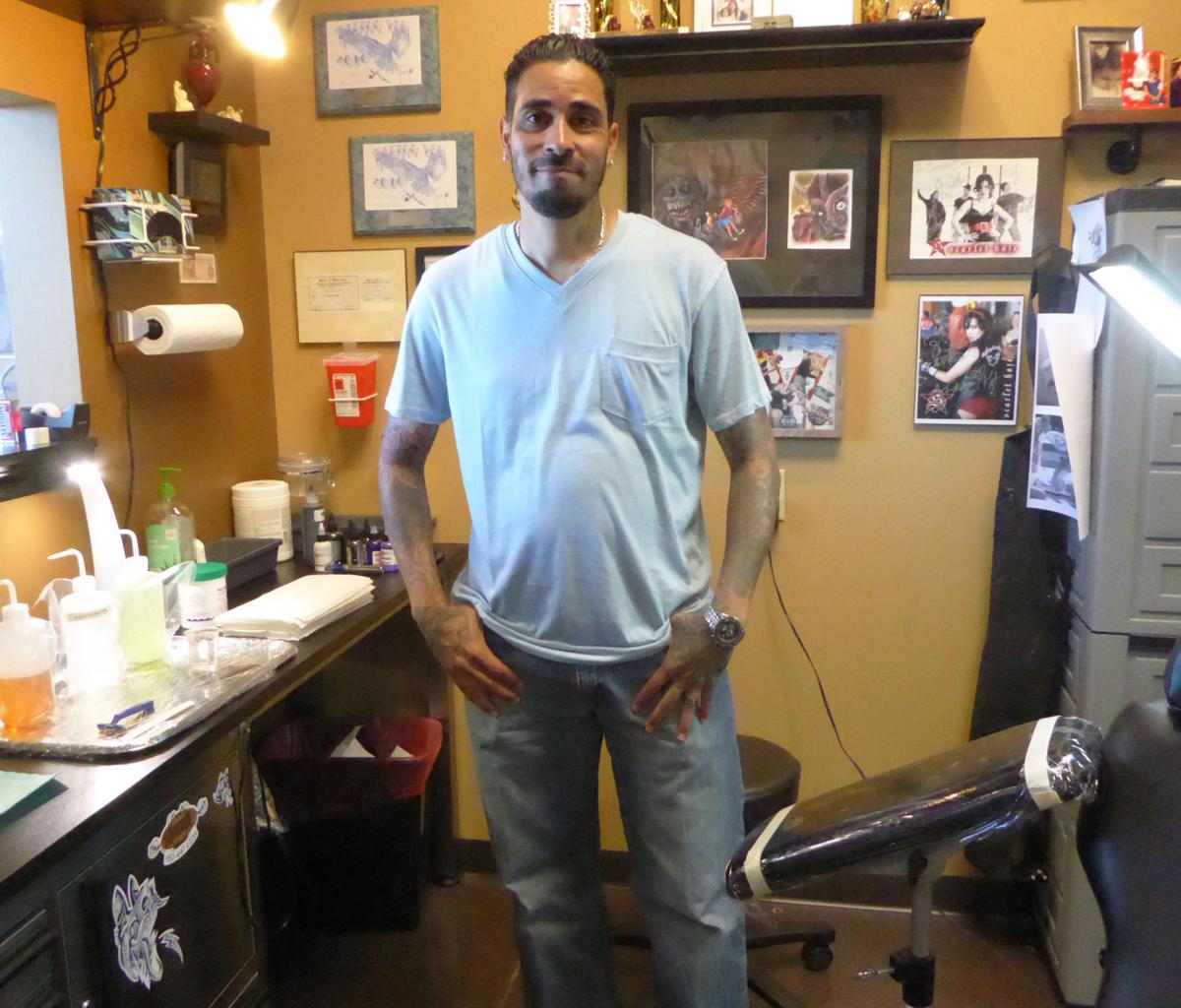 Jerome James, owner of The Canvas, was at home in his shop on Aug. 22. 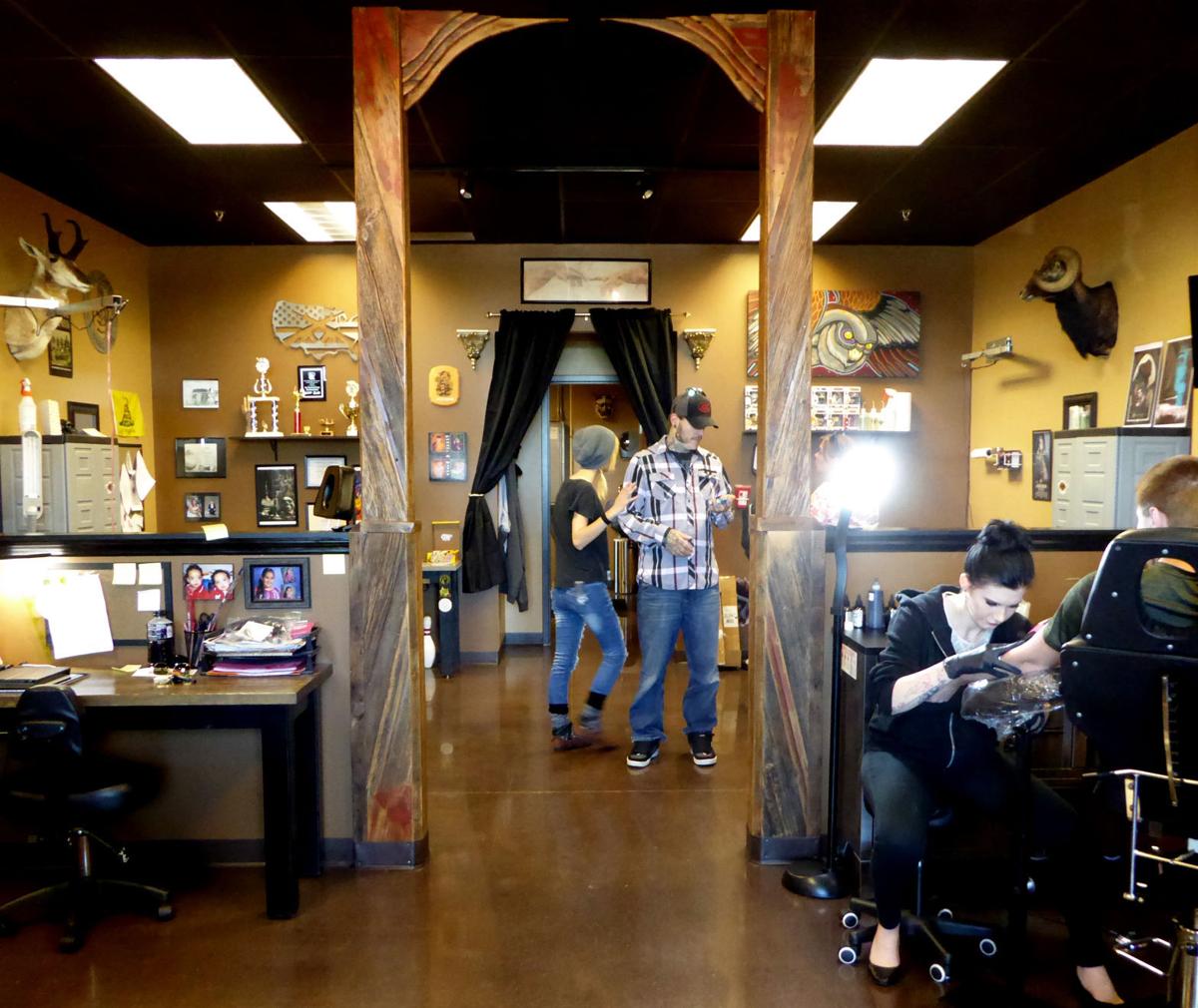 The Canvas was handling clientele as early as noon on Aug. 22. The sounds of needles and rock music, the hallmarks of many a tattoo shop, were in the air. 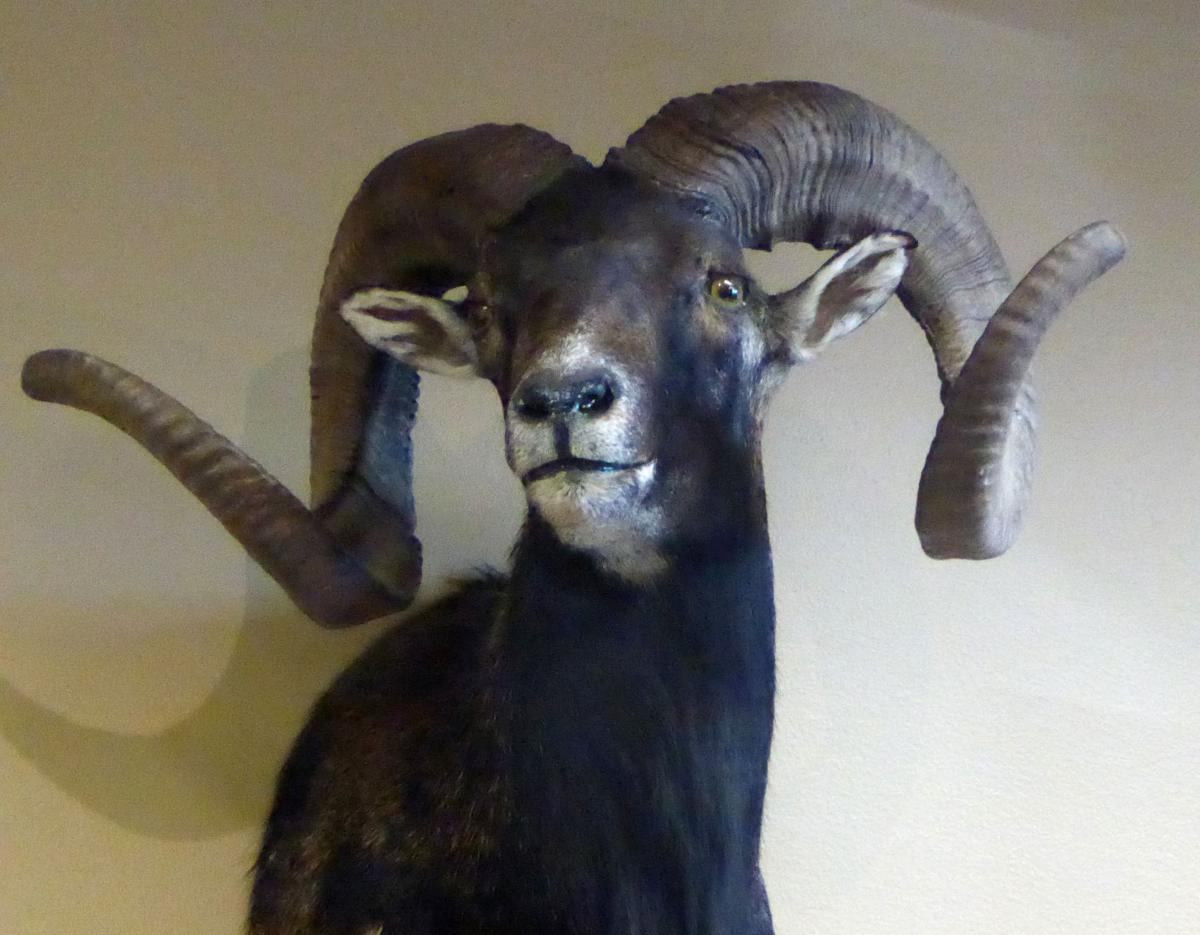 It took awhile for the staff of The Canvas to feel at home in their new studio, but they quickly made the place their own. 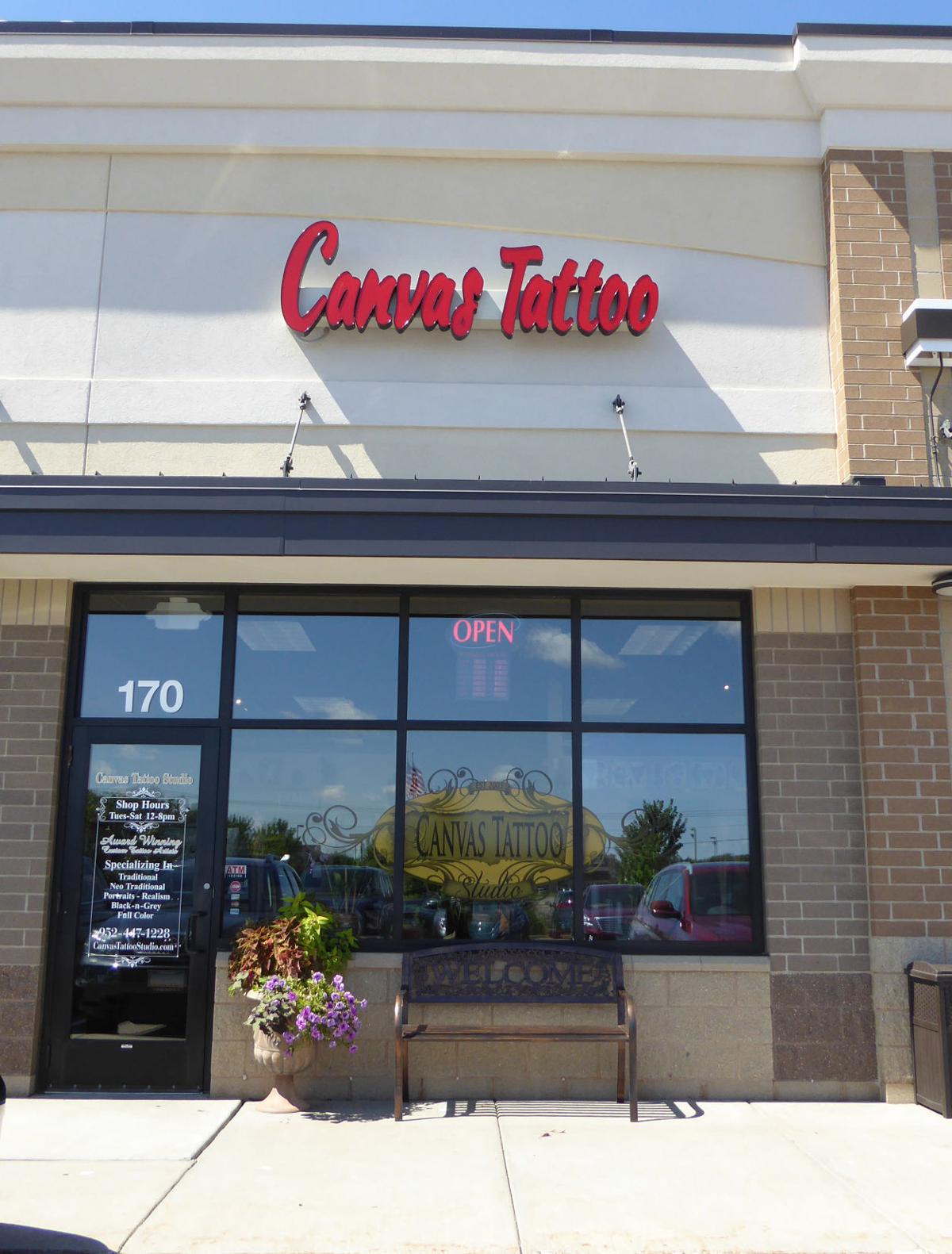 The new studio was taking care of business on Aug. 22.

On the morning of Jan. 16, Jerome James, owner of The Canvas Tattoo and Piercing Studio, got a call he’d never expected or wanted. His studio was on fire.

For 12 years, James — a tall man with faint tattoos running all the way up his long arms — had run The Canvas out of a small shop on the lower level of a building just off Highway 13. The space was full of art, music and the sound of whirring needles. They were tight with the building’s owners, and with each other. That morning, it was all being undone by a malfunctioning light ballast.

James rushed down to the studio to find police and firefighters already on the scene. The night was cold and icy, and smoke was billowing out of the top and around the backside of the building.

“Nobody was hurt, thank God,” he said.

But the studio was pretty much done for. Later, James and his colleagues were allowed to enter the structure and scrounge for whatever they could. They salvaged a few things, but pretty much everything, including the artist’s tools, was beyond repair.

James had opened the studio in 2005, and it had been the first tattoo studio in Prior Lake. He and his staff had bonded over the 12 years the studio had been open. That studio, he said, had been his home. His coworkers had been his family. The call he received that icy January morning meant that everything was about to change.

“At that point, I was really devastated,” James said.

More than that, he was concerned. The studio was his livelihood, and the livelihood of his colleagues. They were all independent contractors, and their supplies weren’t covered under the studio’s insurance. They’d need some help if they were going to make it long enough to get another shop up and running.

Luckily, help came. Over the years, The Canvas has created a strong bond with the Prior Lake community. Angela Morabito, a member of The Canvas’s staff, started a Go Fund Me page to recoup some of the team’s supplies and keep them stable while they looked for a new shop. In seven months, the campaign raised more than $8,000. They also held a successful fundraiser at the Prior Lake VFW.

But that didn’t mean James was out of the woods. That money was strictly for his staff’s tools and survival in the interim.

“I didn’t touch any of that money,” he said.

The money for the new shop came out of insurance, which James regarded as the hardest part of the whole ordeal. That, and finding a place for the new business in the first place. The day after the old studio burned down, James and a staff member, Derek Winski, drove on icy January roads, looking for their next home.

Easier said than done, it turns out.

“A lot of other places just wouldn’t take us,” James said. “It’s a tattoo shop. A lot of stereotypical thoughts go with that.”

But eventually, they found a new space, which turned out to be just yards away from their old location. It took them all of two-and-a-half months to get everything built up and ready to go again, but two-and-a-half-months is a long time to wait just on faith. Even if your coworkers are like your family. James lost an eight-year apprentice to an opportunity out in Indiana, and other coworkers — people who had been with James for years — left, too.

But, he said, it also brought them together.

“I had no doubt that I was going to stick around for the rebuild,” Winski said. Before the fire, he had been a body piercer at the shop, and since then — after the departure of several of his workmates — he’s made a foray into tattoo work.

“The most stressful part was waiting for the place to get built up,” he said. “There were a few that didn’t want to wait it out, and I don’t blame them.”

But now, The Canvas has a new home, and after three months in the new studio, James finally started to feel like things were clicking. Everyone knew where their tools were, and had customized their work spaces. Everyone had hit a groove. The staff, though a little changed, has bonded again.

“We’re here five days a week, working side-by-side,” Winski said. “We do stuff outside the shop, and we know everybody’s outside family.”

On top of that, they’d made the place their own. The Canvas is covered in artwork, taxidermied animal heads and various curios — skulls, skins brass statues — the floors gleam spotlessly and a heady scent of incense wafts through the air. Hard rock music plays over the speakers. At last, they’re home again.

If James has come away from this experience with a lesson learned, it’s this: home is where your family is.