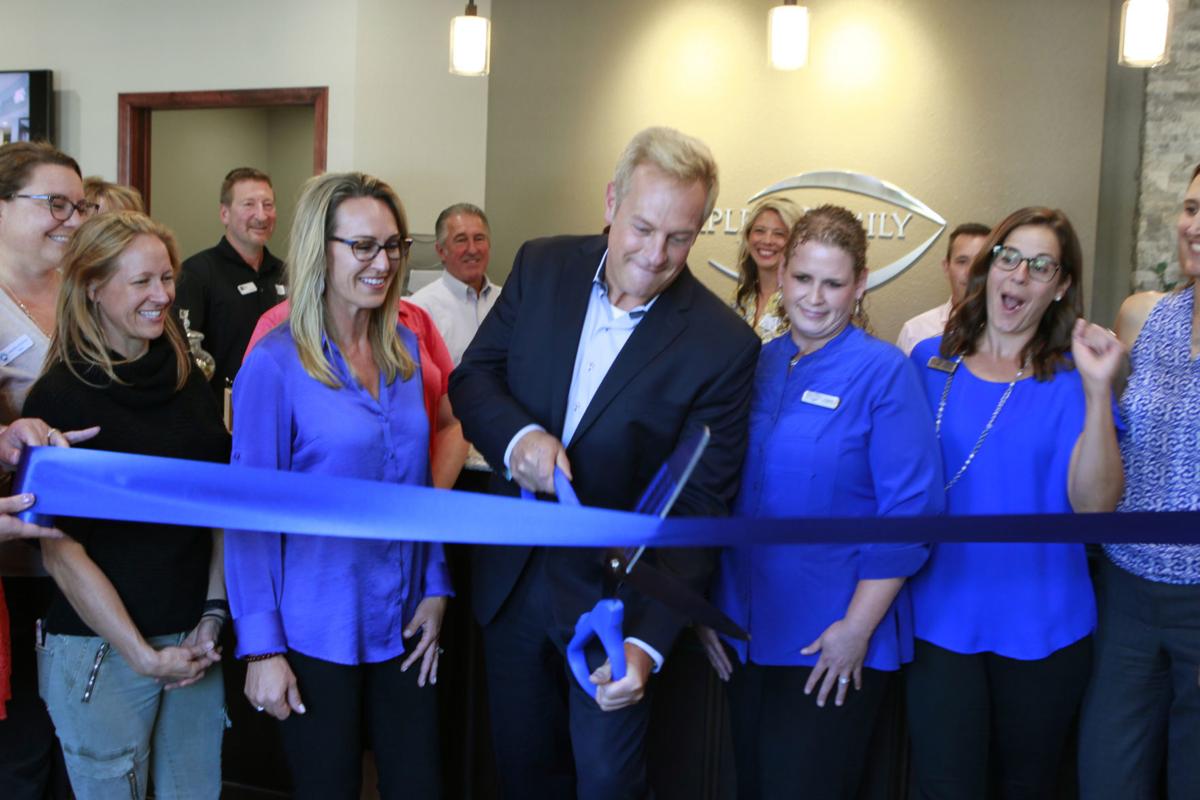 Steve Reinders (center), Complete Family Eyecare optometrist, prepares to cut a ceremonial ribbon at the clinic’s new Prior Lake location with his wife and fellow co-owner, Jennifer Reinders (center left) and other members of the clinic staff and Prior Lake Chamber of Commerce on Thursday, Aug. 29. The clinic moved from its Burnsville location this month. 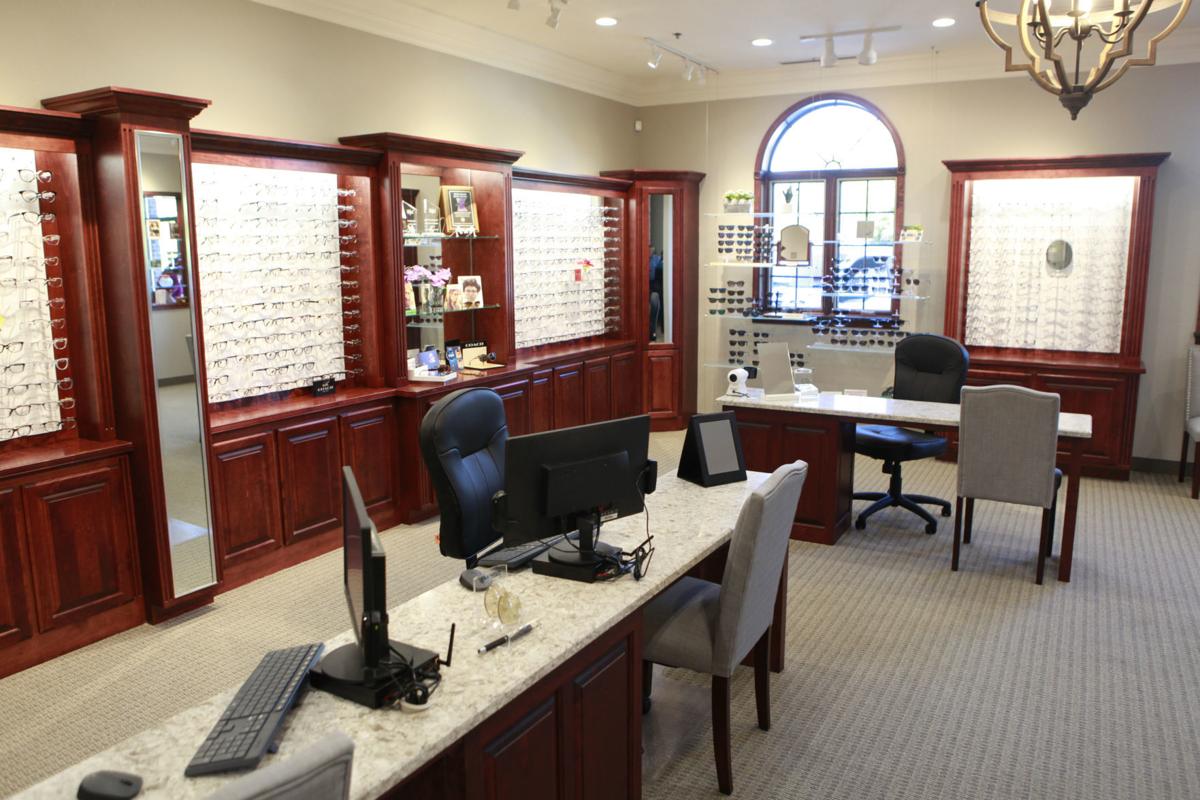 Steve Reinders (center), Complete Family Eyecare optometrist, prepares to cut a ceremonial ribbon at the clinic’s new Prior Lake location with his wife and fellow co-owner, Jennifer Reinders (center left) and other members of the clinic staff and Prior Lake Chamber of Commerce on Thursday, Aug. 29. The clinic moved from its Burnsville location this month.

A Burnsville eye care clinic has moved to the Prior Lake-Savage border for double the exam rooms and space for patients.

The remodeled clinic offers routine eye exams for kids and adults, tests for glaucoma, referrals and follow-up for cataract removals, care for pink eye — basically everything but surgery for all ages, said optometrist and co-owner Dr. Steve Reinders.

“I love doing the more challenging things,” he said.

The clinic includes four exam rooms, up from two previously, and a selection of several hundred frames, including for kids and sports. Reinders’ wife, Jennifer, is clinic co-owner and office coordinator, her retired mother occasionally chips in some office time, and an optician and optical technician are also on staff.

Steve Reinders met Jennifer, whose background is as an X-ray technician, during his 17 years with the Park Nicollet health system. The two split off into their own operation around 2010 but have lived in Prior Lake for even longer — just down the road from the new location.

Briggs thanked the family for being residents and now business owners within the city.

The clinic joins several others in the area, including Goldsmith and Lakeside Family eye care clinics near downtown and the Savage Eye Clinic to the east.

Steve Reinders takes an enthusiastic teacher approach to the job, expounding on such subjects as meaning of astigmatism or how drinking affects eyesight as quickly as a visitor can ask. Many patients don’t know why they were what they wear until they come to him, he said.

A common misconception is that eye exams are only necessary for people getting glasses, the Reinders added.

Instead they should be routine, much like a physical or checkup, in part because glaucoma and other eye diseases can arrive slowly and unnoticed over years otherwise, Steve Reinders said. His wife said he has spotted eye cancer and other serious issues when patients hardly expected them.

On the other hand, he often helps people see for the first time in years.