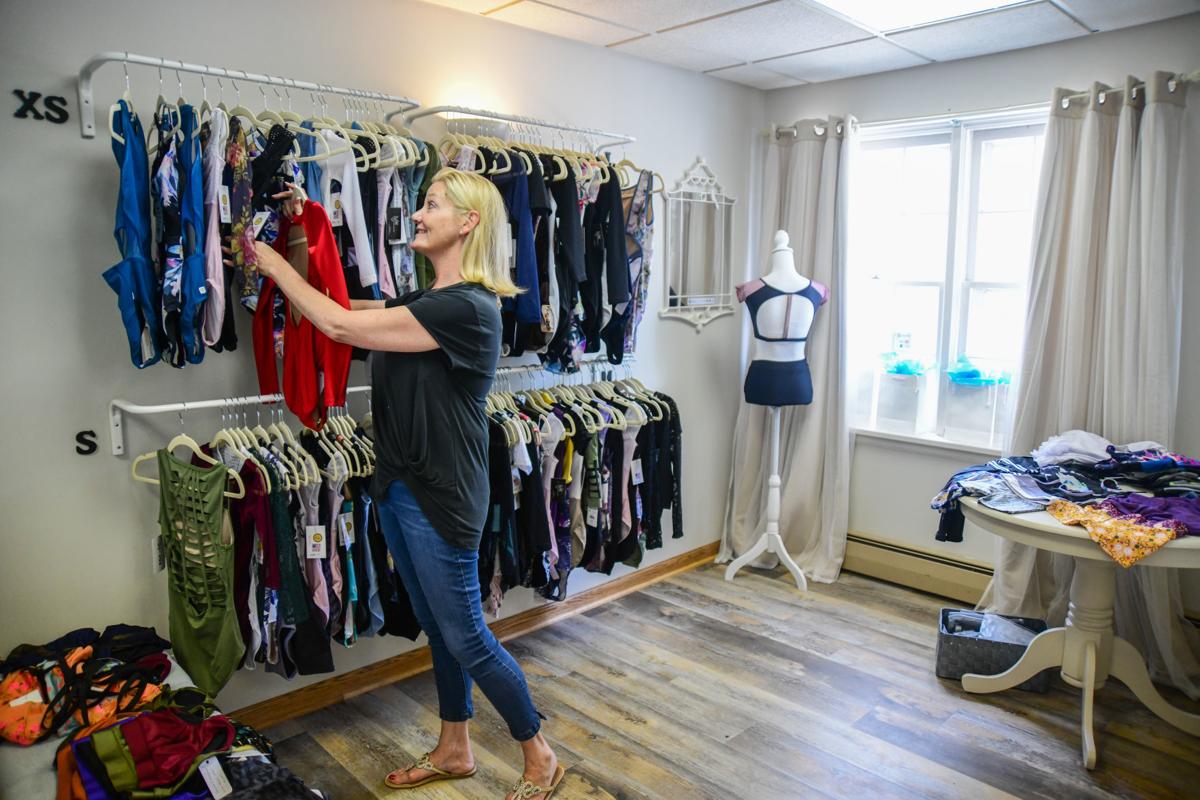 Tracey Drakulich gives a tour of Hazel Blue, a dancewear boutique in Prior Lake, is expanding to include the services of Gemini Designs, which creates custom leotards using pre-existing brandname bases. 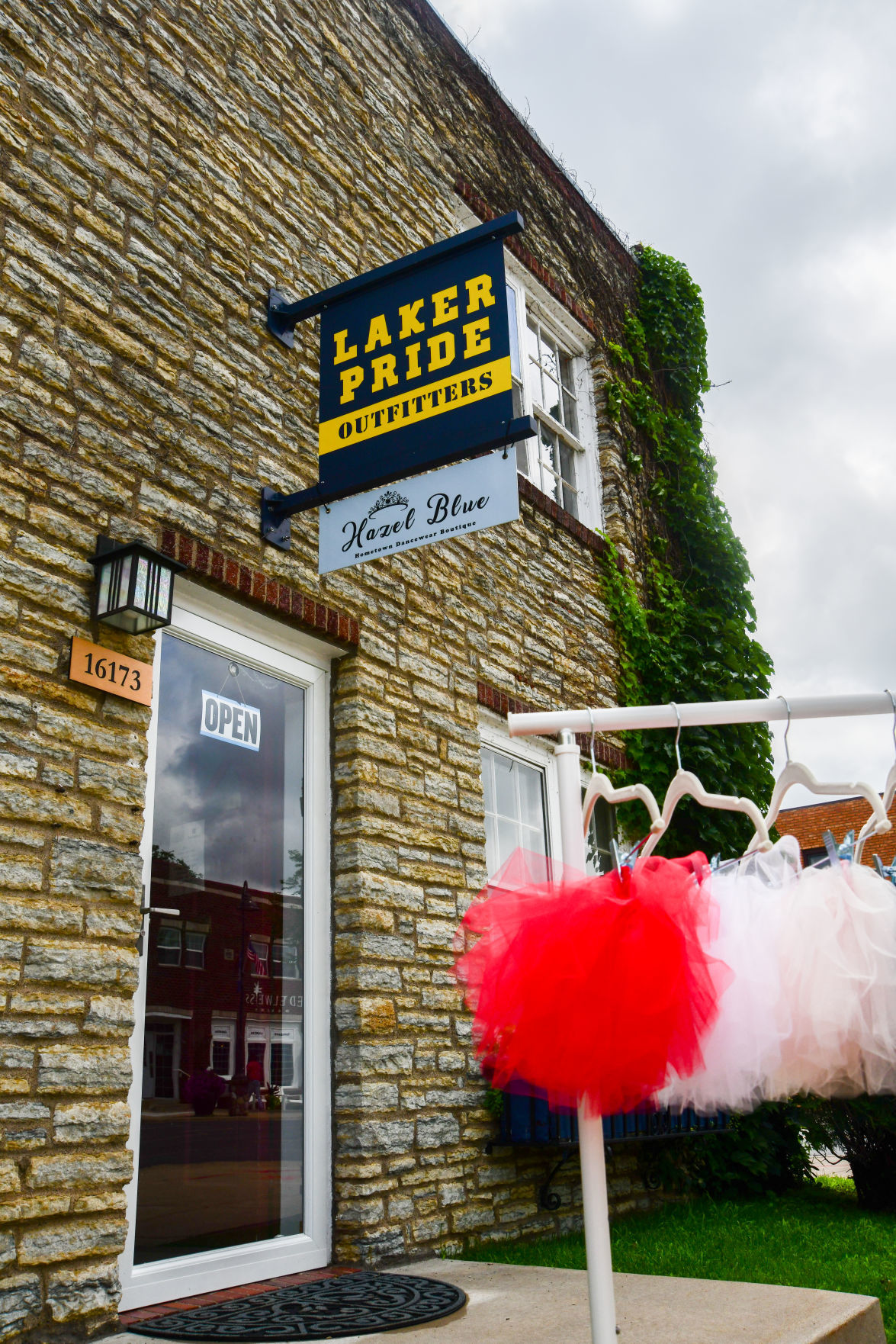 Hazel Blue currently shares a space with Laker Pride Outfitters on Main Avenue in Prior Lake. The building owner is allowing Hazel Blue to expand into a back room, which will include an area for demoing new outfits.

Tracey Drakulich gives a tour of Hazel Blue, a dancewear boutique in Prior Lake, is expanding to include the services of Gemini Designs, which creates custom leotards using pre-existing brandname bases.

Hazel Blue currently shares a space with Laker Pride Outfitters on Main Avenue in Prior Lake. The building owner is allowing Hazel Blue to expand into a back room, which will include an area for demoing new outfits.

Two Prior Lake businesses are teaming up to create a do-it-all dancewear boutique that also provides custom-designed leotards for Prior Lake dance community.

The expansion is set to finish in August. The back room will be fitted with a staging area with mirrors so parents and kids ages 3 to 18 can have a clear idea of what they’re buying.

Grazzini said the partnership was borne of a need for unique garments for a range of dance events: auditions, competitions, even regular practice. An ill-fitting suit, especially when ordering online, is a common problem for dancers.

“You want your daughters to stand out and catch judges’ eyes,” she said. “We were constantly searching for these unique pieces since my daughter started dancing.”

Grazzini and Drakulich said their storefront will soon offer custom designs using brand-name leotards, some of which can only be found in Minnesota. Grazzini began creating such designs three years ago.

“If there’s a label a girl likes, it’s a no-brainer,” she said. “I’d rather use an existing piece because it’s more cost-effective. And with Tracey being a distributor, she receives shipments fast.”

Drakulich opened Hazel Blue on March 20 on Main Avenue. She’d never run a business before but saw a need for it firsthand.

“We were doing a lot of ordering online, and a lot of friends were doing the same thing,” she said. “It’s been fantastic. Most of my customers have already been back. I get pictures of the kids within an hour of them leaving the store.”

The partnership seemed like the perfect opportunity, especially since Grazzini could take her design business out of the house and still interact personally with customers. Grazzini and Drakulich had known each other through the dance community.

“I love being there and being involved throughout that process, seeing how they evolve, giving them their piece and letting them embrace their confidence,” Grazzini said.

Along with the expansion comes the thought of eventually having employees; while that step won’t be immediate, Drakulich said she’s open to the idea. Right now her teen son and daughter help out by running social media and picking out items to sell.

“I’ve had a lot of dancers and friends of my daughter ask about positions,” Drakulich said.

Moving forward, the partners said they’ll look to expand their clientele beyond Prior Lake, having already shored support from local businesses and programs like Premiere Dance Academy and Bodies in Motion. Drakulich noted many of her products overlap with gymnasts’ needs.

“We’re super excited to be here, and we’re looking to spread our wings a little,” she said. “It’s been a great response from all the dancers.”

Correction: This article has been updated to include mention of Bodies in Motion, a dance school in Prior Lake.