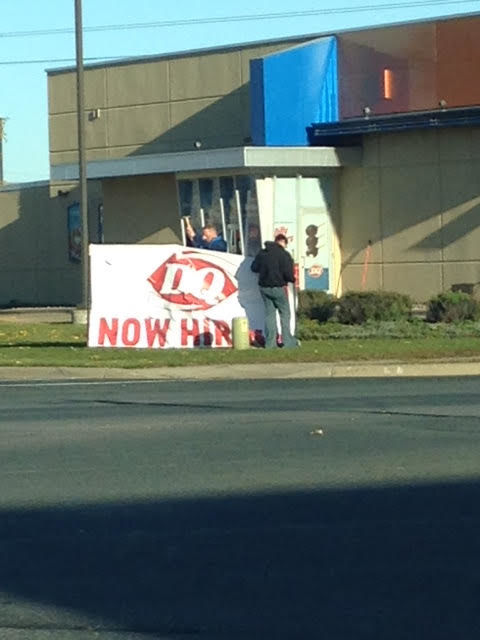 Dairy Queen is one of a slew of businesses looking for workers in the Southbridge Crossing area of Shakopee. 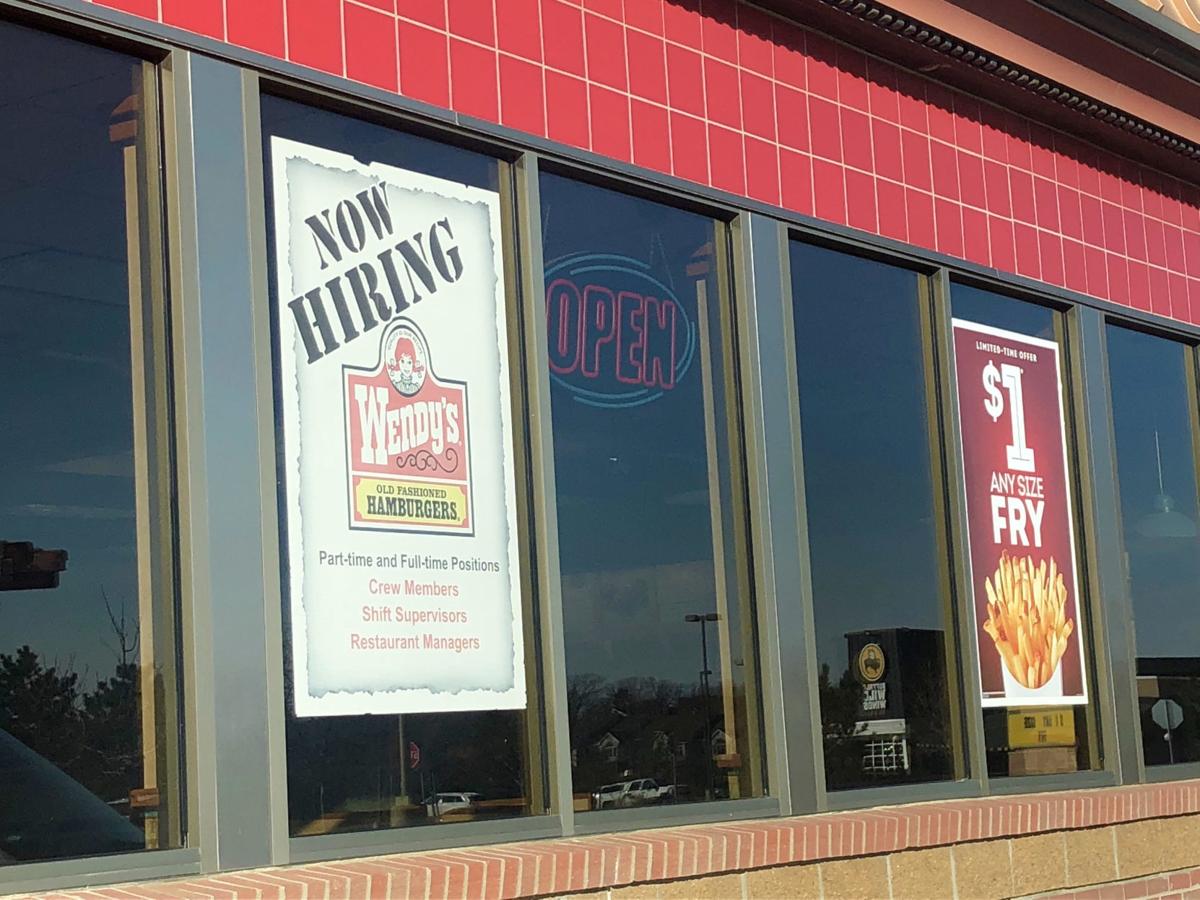 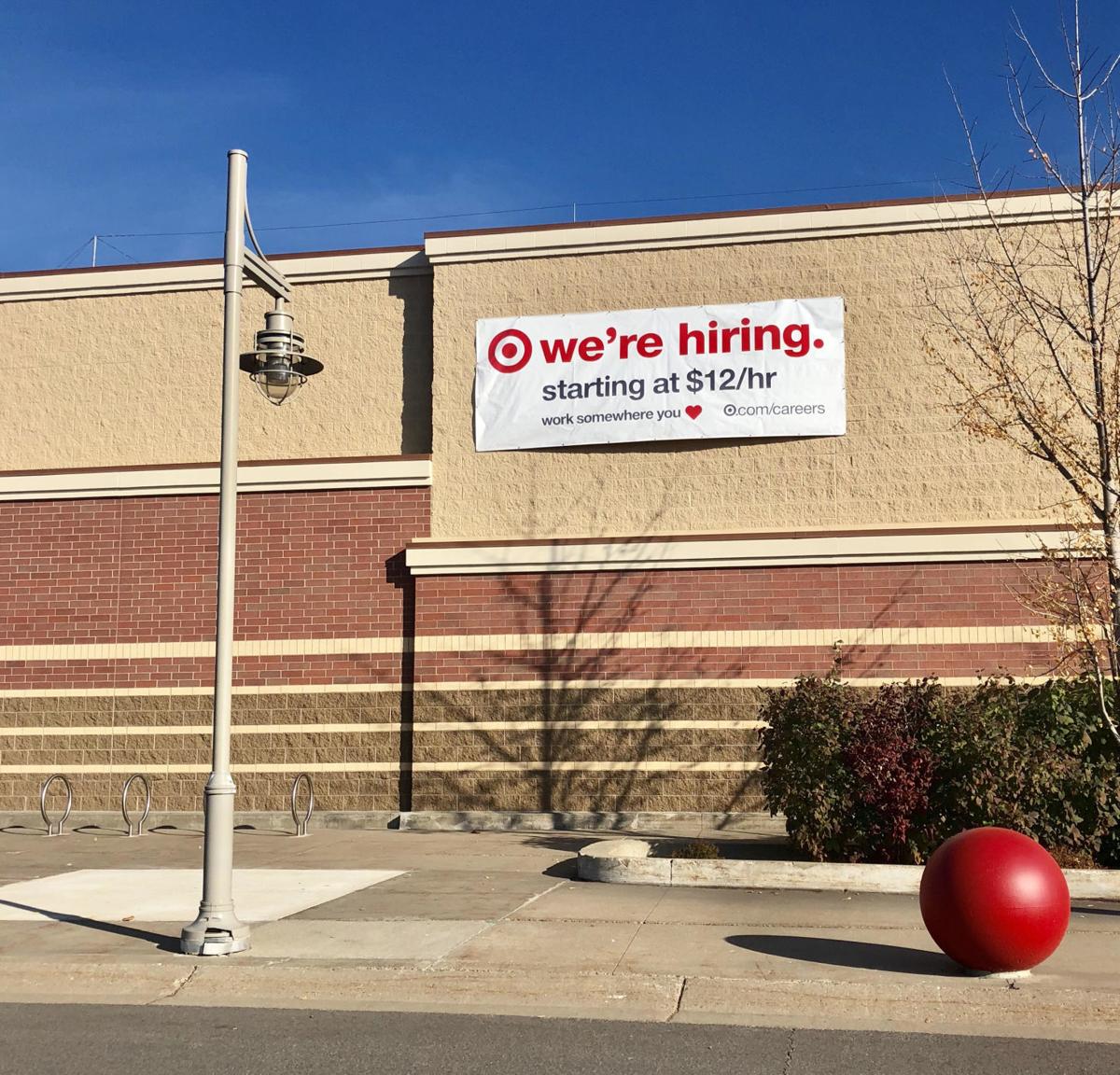 Target is advertising a $12 an hour starting wage. 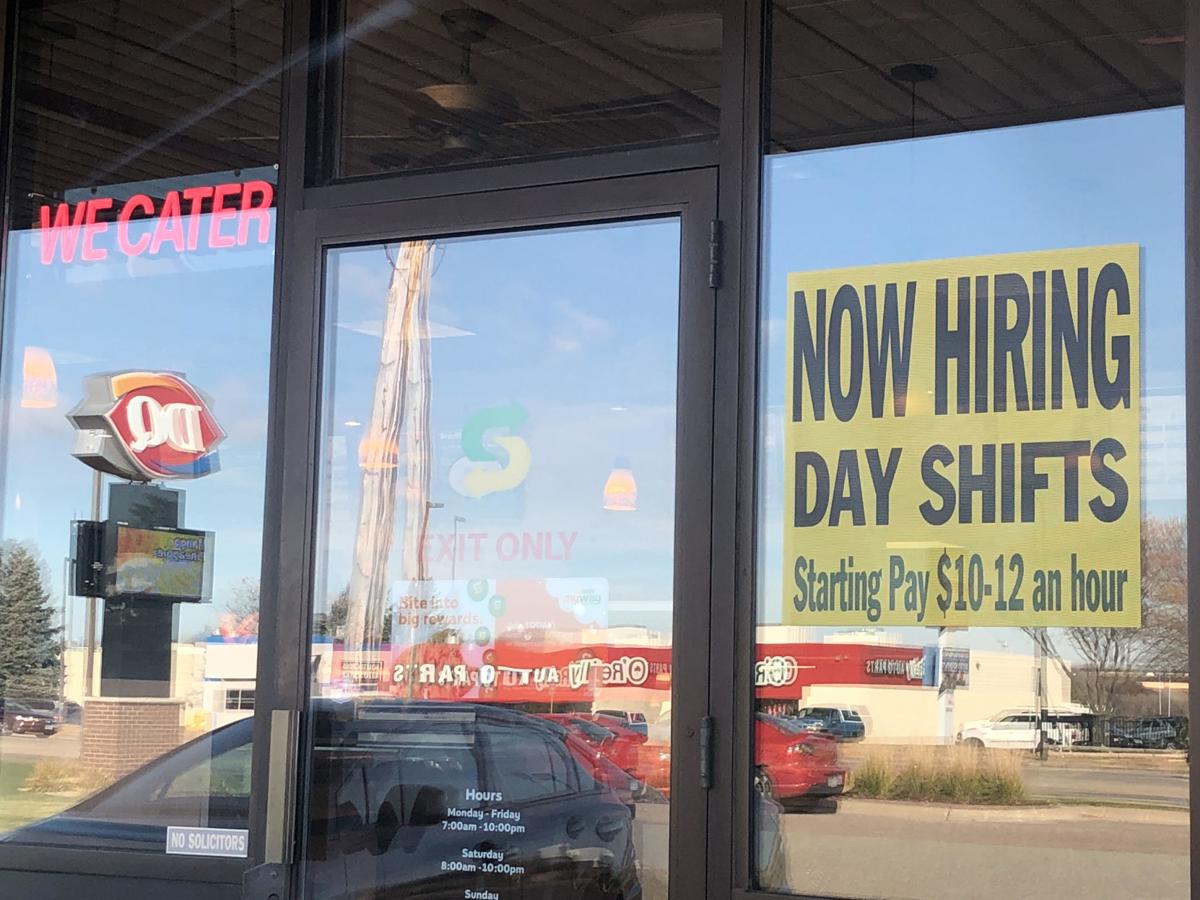 Subway is advertising $10 to $12 hourly wages to start. 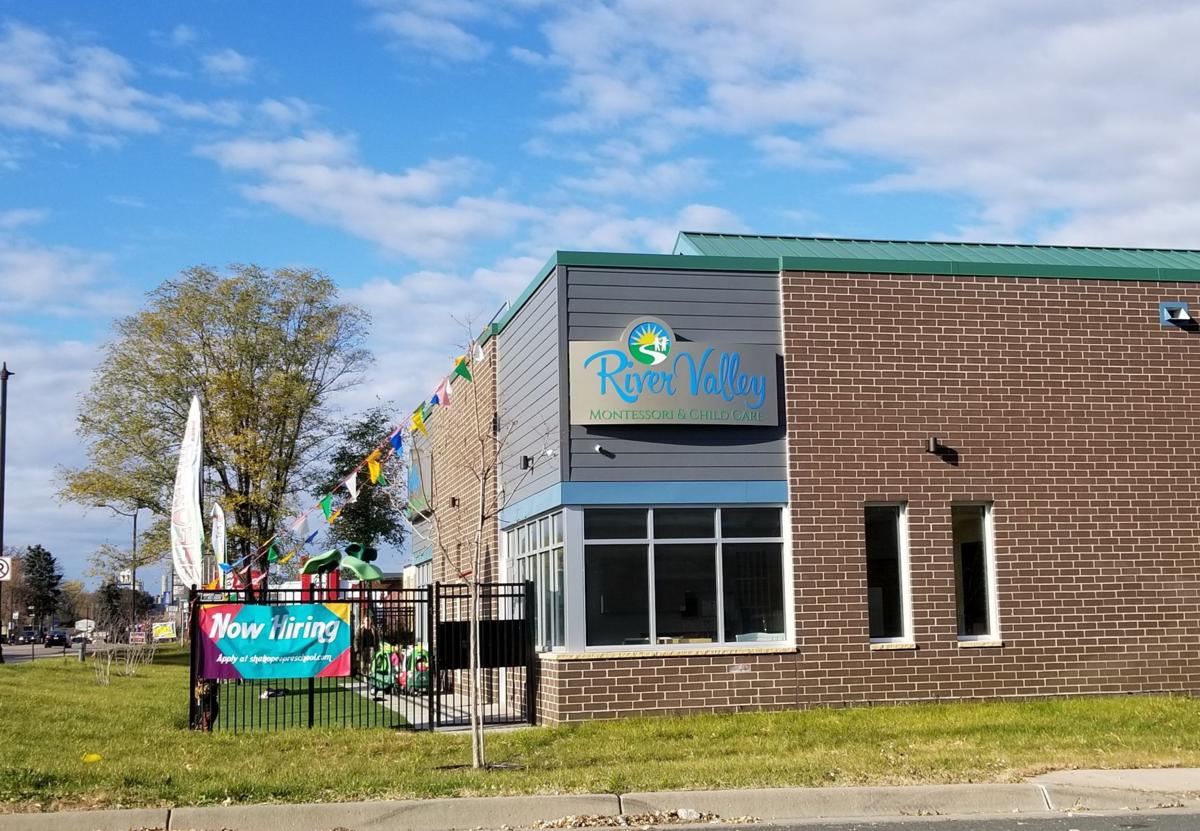 Dairy Queen is one of a slew of businesses looking for workers in the Southbridge Crossing area of Shakopee.

Target is advertising a $12 an hour starting wage.

Subway is advertising $10 to $12 hourly wages to start.

As of September, Scott County’s unemployment rate was just 2 percent, putting the squeeze on employers looking for workers.

Scott County’s unemployment rate is the lowest its been in 20 years. In September, Scott County reported 3,246 job openings and 1,839 people unemployed.

Jo Foust, business development specialist with Scott County’s First Stop Shop, said the hospitality industry has the greatest need for employees in the area. The top industry in the county is accommodation and food services, according to state economic development statistics.

Foust said employers are trying to attract workers with more flexible hours, higher wages and apprenticeships to train them. Employers are also looking at ways to increase their use of technology to do more work with fewer employees.

Several county initiatives aim to attract residents who will live and work in Scott County. Currently, 60 percent of residents commute out of the area to their job. Foust said retaining more of those workers here reduces travel and the need for road improvements and improves their quality of life and encourages residents to be more involved in the community.

In Prior Lake, finding workers to fill positions that are on the lower end of the pay scale can be difficult with companies like Amazon, Shutterfly and Mystic Lake Casino Hotel competing for the same workers in the area. But even those large employers have struggled to fill positions in recent months.

Versatile Vehicles Chief Financial Officer Stephanie Carroll said while all the open positions in the Prior Lake company were filled during the last hiring spree in the spring, there were fewer applications for technical and driver positions.

“It was just harder to find employees at the pay rate that is economical for a business to run in terms of their return of what that employee is providing,” Carroll said. “You can only pay someone so much before you start losing money on a product.”

SDDI Signs Systems of Prior Lake Co-Owner and President Catherine Sowder said she received a good number of applications for mid-level positions, while applications for entry-level and senior management positions were on the low side.

“I would say probably three or four months ago, I would put in ads and I hardly got any responses whereas a couple years ago, for every ad I posted or job opening I posted, I’d get a minimum 14 or 15 (applications),” Sowder said, adding that she’s noticed a slight increase in applications for jobs she’s posted lately.

Prior Lake resident Manny Perez, who owns 12 restaurant franchises in the Twin Cities area, including the Subway on Duluth Avenue, said this has been the most difficult time to hire people in his 20 years of owning restaurants.

Perez has four to six positions open at the Subway on Duluth.

“We have a number of different tools that we’re using, but it’s a struggle,” Perez said. “I think it’s that the unemployment rate is so low and the type of employee we’re looking for, which is the daytime shift, many of them are already working and/or able to make more money somewhere else. Most of the fast food places, if not all, have the same struggle.”

That’s after he increased wages 50 cents, or 4 percent.

“This unemployment rate has... well we just haven’t seen it in a long time,” he said.

At the Feed Mill Restaurant, it’s a different story. Part-time owner Samantha McCarthy said they get lots of applicants for their 10-person staff. Three employees are full time, while the rest are part time.

McCarthy said many of its part time staffers are high school students who work weekends.

“There is a large saturation of positions available,” he said.

Nikunen said many businesses in Jordan have a more difficult time attracting employees than in the past. The same goes for the city’s snack shop in Lagoon Park. Though it’s not open year round, Nikunen had very few applicants and when fall came, students left to pursue after school activities.

Peter Leatherman of Morris Leatherman Company conducted a study of business owners and/or decision-makers in Scott County through a telephone survey in early 2018. They said the biggest challenges to recruiting employees was a lack of candidates, competition for employees, the lack of necessary skills within the local labor force and “poor work attitudes.”

At a recent meeting of government officials in the county, Leatherman talked about how training needs, the availability of affordable housing, and the impact of traffic congestion on commutes affect the local employment outlook.

“Really, what we want to accomplish is the right mix of employers and job seekers,” said Scott County Social Services Director Barb Dahl at the meeting. “And what we’re hearing from employers is that there is a gap between our local residents’ skills and the available jobs.”

Scott County has a fairly young population, but the vast majority of its businesses, 90 percent, have fewer than 20 employees, according to census figures. And those businesses, small and large, are feeling the pinch of low unemployment.

“We are definitely hearing from businesses that are being impacted,” Savage Chamber of Commerce President Anne Masis said. “There is a definite need for great employees in Savage within a really wide range of industries in the community.”

Scott County posted the fastest increase in job growth in the state between 2016 and 2017, at 10.46 percent, and 20 percent of the jobs in Scott County didn’t exist five years ago, according to Scott County statistics. Scott County also posted the second largest number of new jobs in that same time period, at 5,035 jobs.

According to census data, the need for employees is greatest in the education, health care, manufacturing, finance, insurance, real estate, and professional, scientific and management fields. The largest gap between the number of jobs in the county and the number of residents working in that industry was in education services/health care and social assistance.

Ryan Koch, who owns the Munkabeans coffeehouse in downtown Shakopee and Coffee Ta Cream on Shakopee’s west side, said he recently experienced a shortage of applicants.

‘We weren’t getting the applicants we were hoping for,” Koch said.

These days, Koch said, it’s harder to get the part-time high school or college students to fill shifts at his coffee shops.

He said it seems high school students are taking on more extracurricular activities to try to get into college and fewer are taking after-school jobs than in years past. Many young people are working for big box retailers like Target.

Local jobs at places like Amazon’s warehouse may offer higher hourly wages, but they have almost zero benefits, Koch said.

Koch said his wages for new employees have doubled since he started his businesses back in the mid-2000s. New Munkabeans and CTC employees start between $9-$11 per hour.

Right now, he said it’s easier to find employees at his Munkabeans location in Hopkins, where there’s a larger population of 20-35-year-olds seeking work.

The majority of his employees live here in Shakopee, Koch said. He believes when new apartments come to downtown Shakopee, there will be more potential employees and customers. He said more developments offering new, denser housing options near downtown would help local businesses like his and create a more vibrant feel.

Having three locations, two in Shakopee, has enabled Koch to have more full-time employees. He said many of his part-time employees have worked for his stores for several years, and that he tries to give raises every six months or year to reward their work.

“They’re qualified applicants, that’s for sure, but a lot of them are coming from other cities around us,” he said. “They’re in the Burnsville, Eden Prairie, Chanhassen area. I am noticing that.”

River Valley Montessori offers child care for children ages 6 weeks to 6 years. When it opened in February, Senanayake said he had no trouble hiring a full, qualified staff. With a location adjacent to First Avenue along Shakopee’s main drag, advertising is easy.

“We put out the sign there because a lot of those (out-of-town) people pass through our area,” he said.

Since opening, Senanayake said there has been no turnover.

“That’s the good part,” he said. “But we have always offered extra incentives from day one with insurance and different benefits.”

Southwest News Media and the Scott County CDA is sponsoring a South Metro Job Fair at Canterbury Park on Wednesday, Nov. 14 from 3 to 7 p.m.

When Rebecca Cameron started working at Canterbury Park in 2008, 800 people would line up to get jobs during job fairs. But with state unemplo…