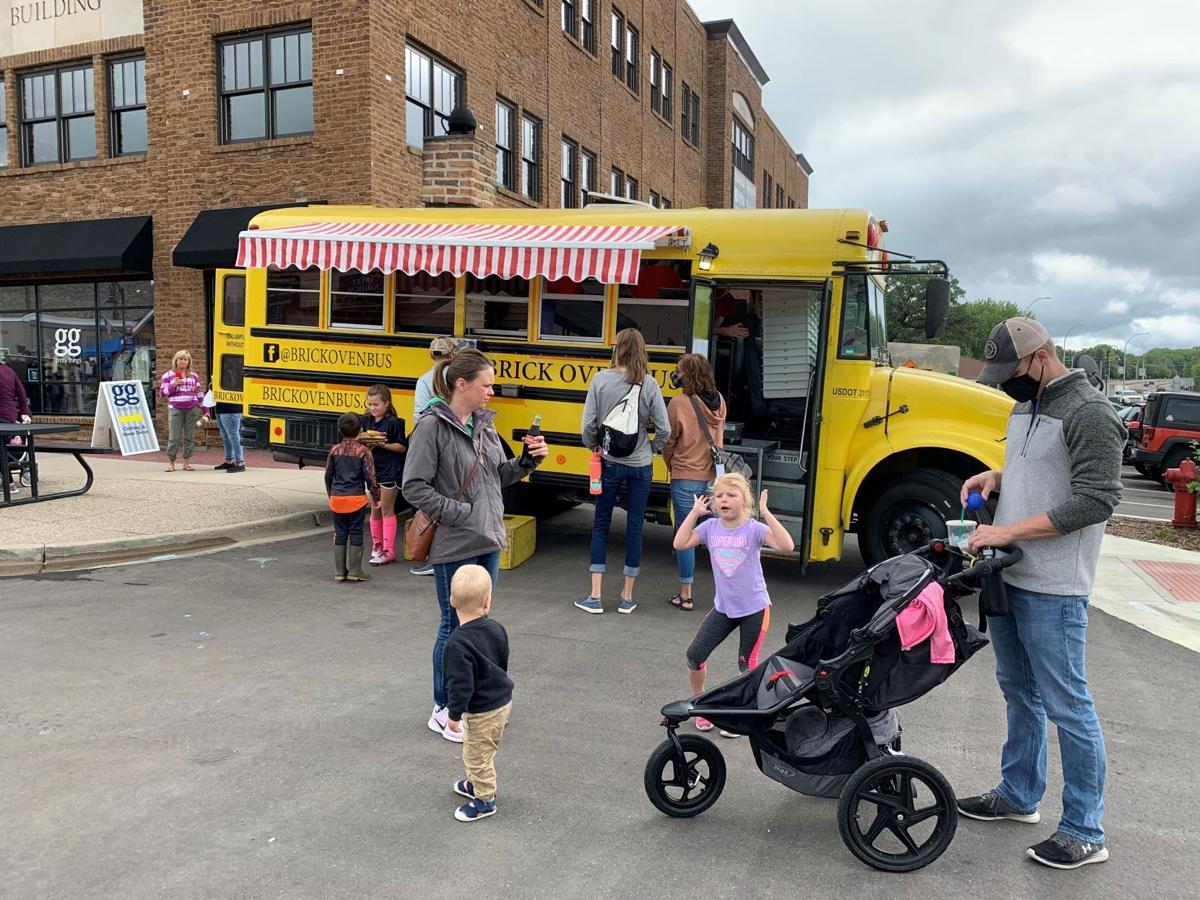 Chalk Festival attendees are seen outside the Brick Oven Bus, a Prior Lake food truck which serves wood-fired pizzas. During its Sept. 21 work session, the city discussed topics such as operating hours, permits and fees and more for food trucks, that could be a part of a city food truck ordinance. The ordinance is not expected to be implemented until spring 2021. 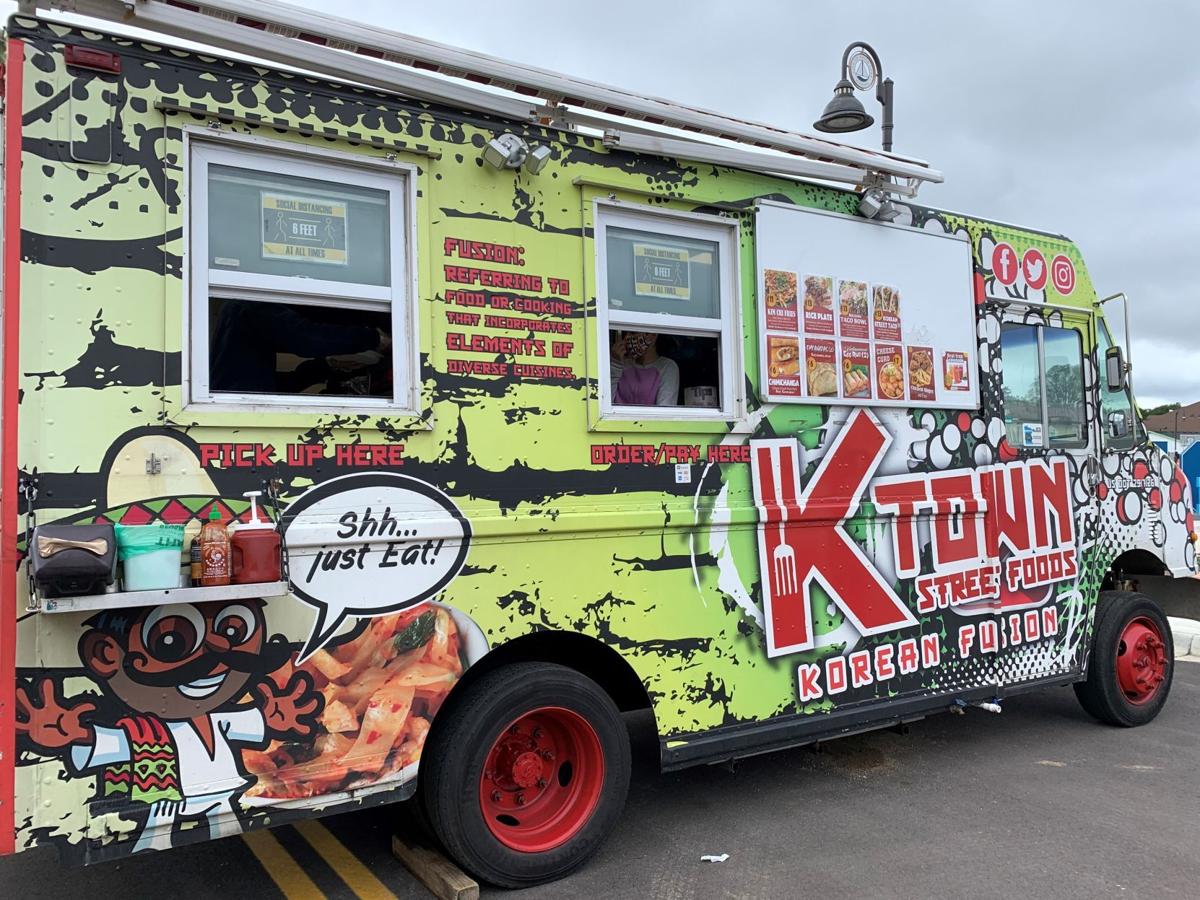 The K Town Street Foods food truck is seen parked on Dakota Street during this year’s Chalk Festival. The City of Prior Lake is working to draft a food truck ordinance for the city. 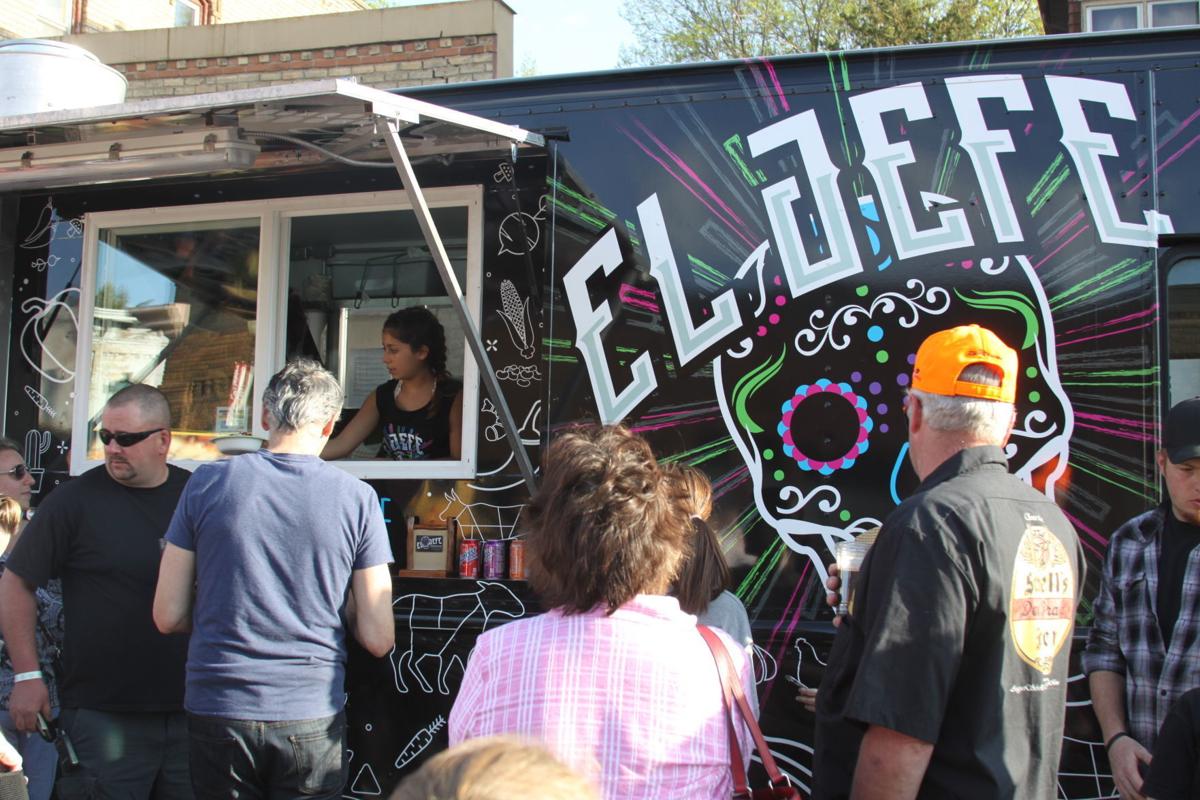 Customers gather outside of El Jefe, a Prior Lake Food truck and brick and mortar business.

Chalk Festival attendees are seen outside the Brick Oven Bus, a Prior Lake food truck which serves wood-fired pizzas. During its Sept. 21 work session, the city discussed topics such as operating hours, permits and fees and more for food trucks, that could be a part of a city food truck ordinance. The ordinance is not expected to be implemented until spring 2021.

The K Town Street Foods food truck is seen parked on Dakota Street during this year’s Chalk Festival. The City of Prior Lake is working to draft a food truck ordinance for the city.

Customers gather outside of El Jefe, a Prior Lake Food truck and brick and mortar business.

The popularity of food trucks has grown exponentially over the last few years. Mobile food vendors line the outside skirts of farmers' markets and food truck rallies take over streets. A food truck can almost always be found parked within a city on any given day, and Prior Lake is no different.

While food trucks have been able to operate freely throughout Prior Lake so far, city staff is discussing an ordinance to address community concerns and the use of public property.

A draft food truck ordinance was sent out to local business owners, restaurateurs and food truck owners for review and feedback. The feedback received and recent updates made to the draft ordinance were discussed by city staff and the Prior Lake City Council during a Sept. 21 work session, though an ordinance likely won’t be implemented until the spring of 2021.

The need for an ordinance was made apparent in part because for the first time a food truck operated at Sand Point Beach throughout the summer months, City Manager Jason Wedel said. This sparked questions from other food truck owners as to if they could operate other city parks, how many could be in a park at once and more. An ordinance would lay ground rules for food trucks within the downtown area and city parks, he said.

Some of the proposed concepts within the draft were:

The use of a lottery: At the start of the food truck season, owners would be entered into a lottery for a fair chance at highly sought after locations such as Main Avenue and Sand Point Beach. The specifics of the lottery are still being determined by staff, Wedel noted.

Location limits: Food trucks would be limited to a total of 21 days at any given location to ensure certain spots are not monopolized, Wedel said. What days would be spent at which locations would be determined via the lottery.

Local priority: Local food trucks would be given first priority within the lottery. Local was defined by city staff as those that have a brick and mortar location or a business address within Prior Lake. Remaining days and locations in the lottery would then be open to outside food trucks.

“Right now what we’re proposing is that if you're downtown and that would be on Main Avenue, Dakota Street, Pleasant Street or Colorado Street you could only operate from 4 to 10 p.m. on Thursday and from 10 a.m. to 10 p.m. Friday, Saturday, Sunday, so that’s the proposal and then anywhere else through the city you can operate from 7 a.m. to 10 p.m. any day of the week,” Schwarzhoff said. “There’s nothing magic to those in residential areas. You want some limits because you don't want someone out there at 2 a.m. downtown. The goal was to balance the businesses that want food trucks with the businesses that don’t and would prefer parking be open for their customers.”

During the meeting, staff and the council discussed two fees. One being a licensing fee that would be paid by food truck owners once a year to ensure they have the necessary permits. A cost of $100 for this fee was brought up to cover the cost for staff time to review the necessary licenses and permits. The second fee was a permit fee for a truck to book a specific location at a mentioned rate of $20 per time.

“The council seemed to lean more toward rather than doing a $20 per event permit fee for each location maybe just saying you can do that or you pay a lump sum at the beginning of the year and you can have as many permits as you want, rather than doing $20 bucks for every single event to try and make it simpler,” Wedel said.

Councilmember Annette Thompson said one of her concerns when entering the work session was the costs that would come to food truck owners.

Schwarzhoff said such fees were typical in food truck ordinances and said it could be thought of as revenue for occupying public parking spaces that could be used by others.

“I think there's definitely a lot more discussion on that topic of the fees that would still need to take place as well,” Wedel said. “That was just a starting point last night.”

Food trucks occupying private property was another concern brought up by multiple council members, which was not addressed in the draft ordinance.

Restricting food trucks within a certain radius, such as within 1,000 or 1,500 feet, of private property or existing brick and mortar restaurants was a possible solution presented to the council.

After discussing the draft, the general consensus of the council and staff was that there was still a lot of discussion to be had in regards to the ordinance and trying to find a balance among the desires of the downtown business owners.

The goal of the work session was to bring the council up to date on some of the details of the ordinance being discussed, update it further and send it back out to local business owners and food trucks to gather another round of feedback, Wedel said.

“I don't want businesses to feel like there's suddenly going to be an ordinance without additional opportunity for feedback, because there is definitely going to be time for them to comment on a revised ordinance,” he said. “It’s going to be a lot of give and take and working through that before we actually get to the point of asking the council to adopt something formally.”