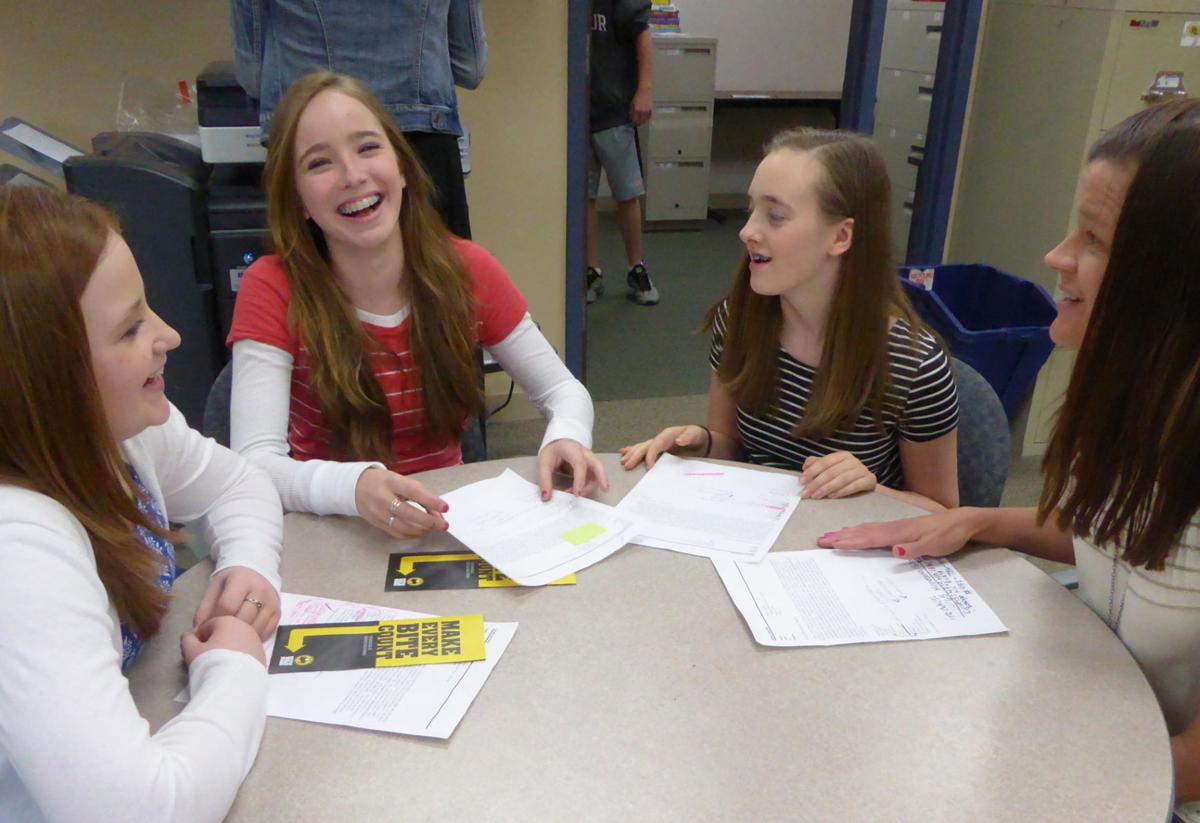 Pictured left to right: Twin Oaks Middle School eighth-grade students Jenna DiFrischia of Savage, Thressa Schultz of Prior Lake and Lauryn Vaumer of Savage sit with guidance counselor Sarah Loechler and have another meeting about the upcoming Sandwich Project. 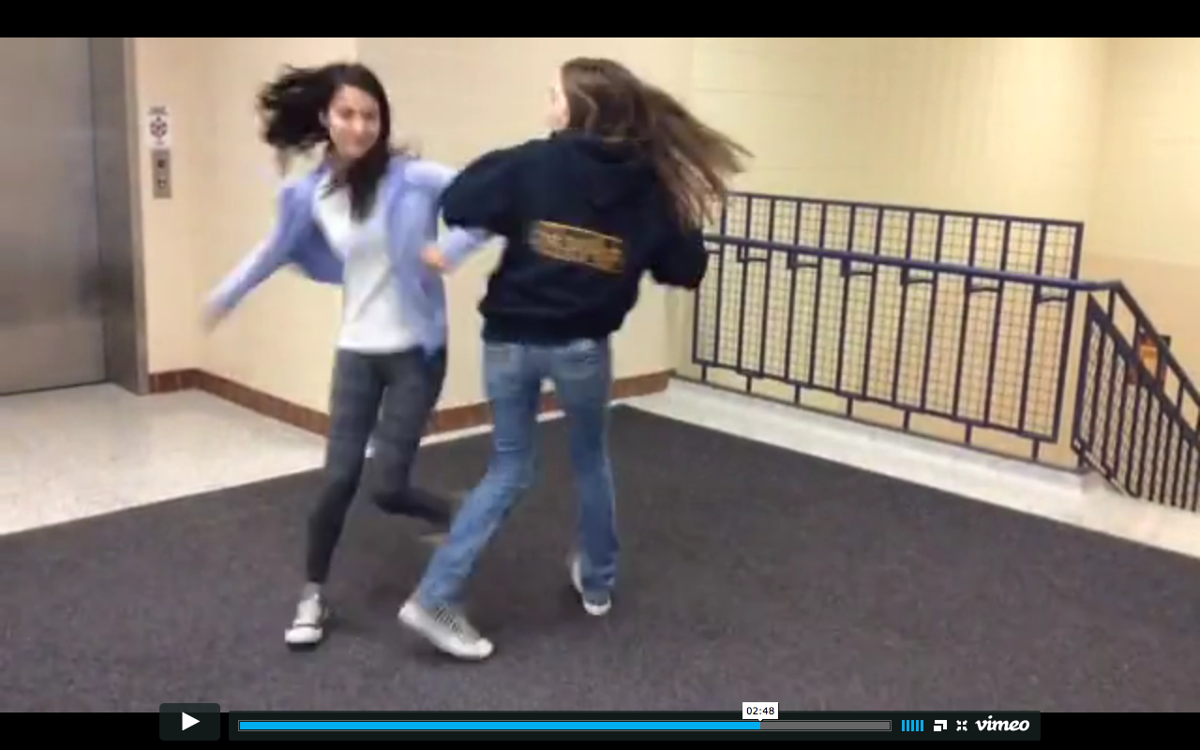 The students’ promotional video for their project does a good job conveying the excitement they feel about the Sandwich Project.

Pictured left to right: Twin Oaks Middle School eighth-grade students Jenna DiFrischia of Savage, Thressa Schultz of Prior Lake and Lauryn Vaumer of Savage sit with guidance counselor Sarah Loechler and have another meeting about the upcoming Sandwich Project.

The students’ promotional video for their project does a good job conveying the excitement they feel about the Sandwich Project.

It’s all explained in a promotional video the girls made themselves with the help of their classmates. The entire thing is peppered with upbeat rock music, hallway shenanigans, cartwheels and the obligatory minute-long blooper reel at the end.

It may be a little cheesy, but there’s no baloney here. Between fluffy slices of goofing off and smiling, there’s a meaty center featuring Loechler, in her office, explaining the mission.

The Sandwich Project is designed to help feed the metro area’s homeless. Volunteers make simple sandwiches — white meat, cheese and two slices of bread — which are delivered to homeless shelters and food shelves.

“A lot of people think, ‘We live in Prior Lake,’ and assume everybody has money,” Loechler said. “But they don’t.”

While giving to causes like homelessness is popular around the holidays, there’s always a shortage on the other end of the calendar, when not as many people are thinking about helping those less fortunate. Today, the Sandwich Project estimates that it feeds 4,500 people per week.

The girls’ video was placed proudly at the top of the project’s Gofundme.com page. After just one day, it had raised $175.

Thressa, who besides this project gives her time and energy volunteering with 4H, Community Education and the Student Council, is just as excited about the project in real life as she is on camera.

“It’s a struggle when you see people and know they’re in need,” she said. “It kind of gives you an energy to know you’re doing this for other people.”

Jenna and Lauryn are also no strangers to volunteer work. They go to the same church and do packing events at Feed My Starving Children together. When asked why the community should help out with the Sandwich Project, the girls answered, practically in unison:

“Because it’s an awesome cause!”

But it will take some work, and in spite of the dynamos already involved, some more help. In all, they’re hoping to raise $4,000 to help with sandwich supplies, delivery, plastic gloves and antibacterial lotion. The three girls have been working like crazy to make that happen. Every time they stop in at Loechler’s office, they have a new update: businesses they called to help out with supplies, funds raised with a booth at parent-teacher conferences, ideas for booking various nights at restaurants as donation events.

At the end of the month, the moment of truth arrives. On May 29, Twin Oaks Middle School’s 280 eighth-grade students will crowd into the gym, wash their hands, don plastic gloves and set up massive assembly lines for sandwich making.

The Twin Oaks Middle School Sandwich Project is raising funds to feed the homeless until May 29, when the eighth-grade class plans to assemble at least 5,000 sandwiches to be distributed to homeless shelters and food shelves in the metro.

There are several local events coming up to raise funds for the project:

Learn more about the organization: http://www.thesandwichprojectmn.org/