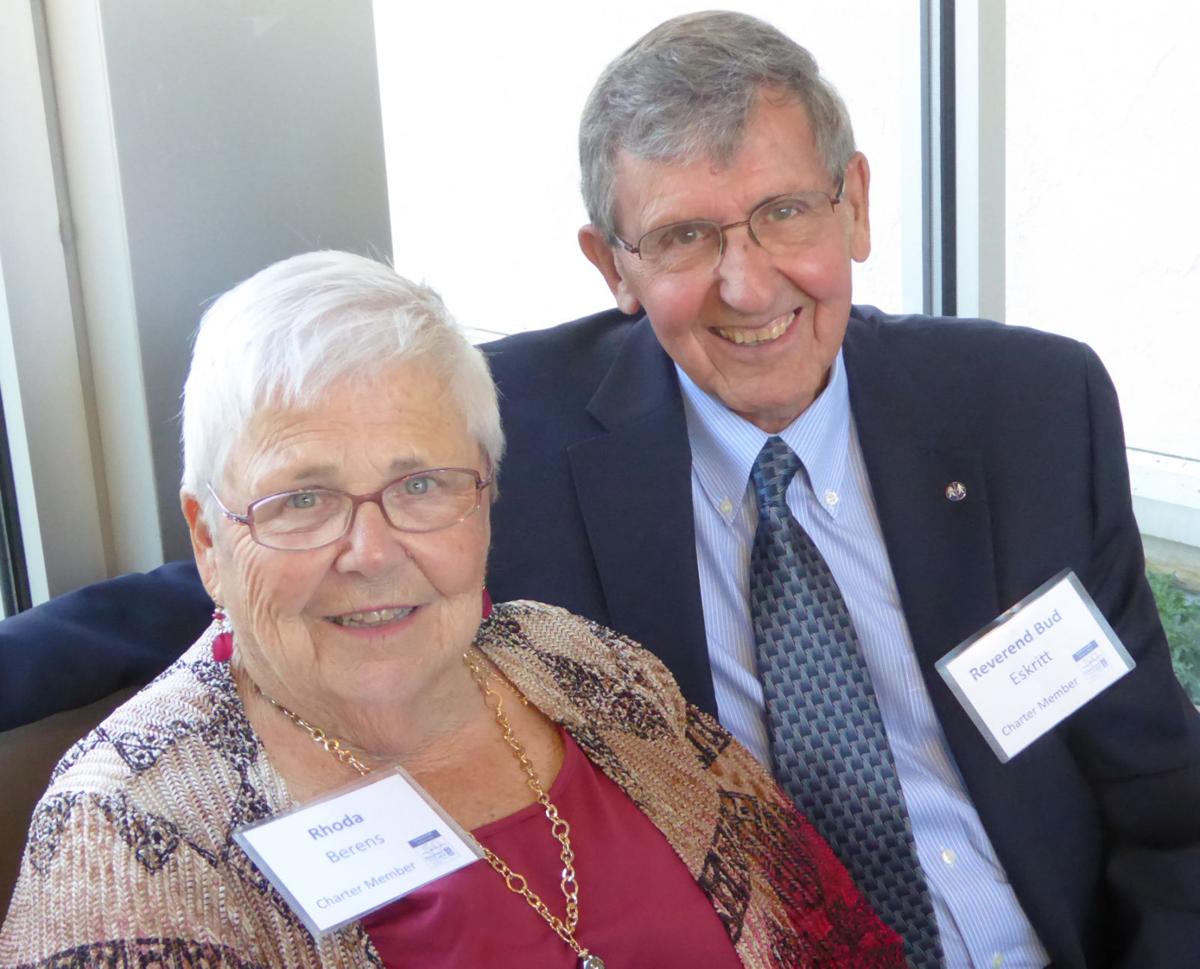 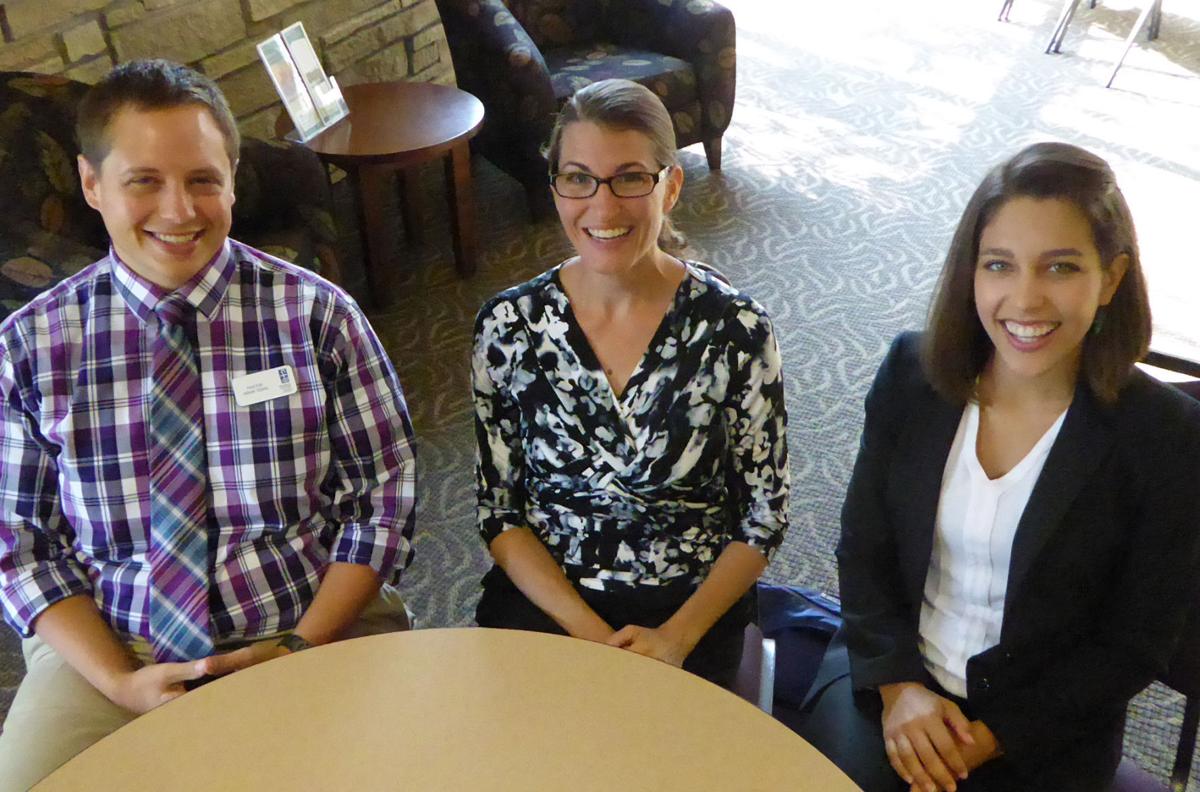 Adam Teske, Laila Barr and Rebecca Gamble, three new pastors at Shepherd of the Lake Lutheran Church, are part of the church's "new day" in ministry. 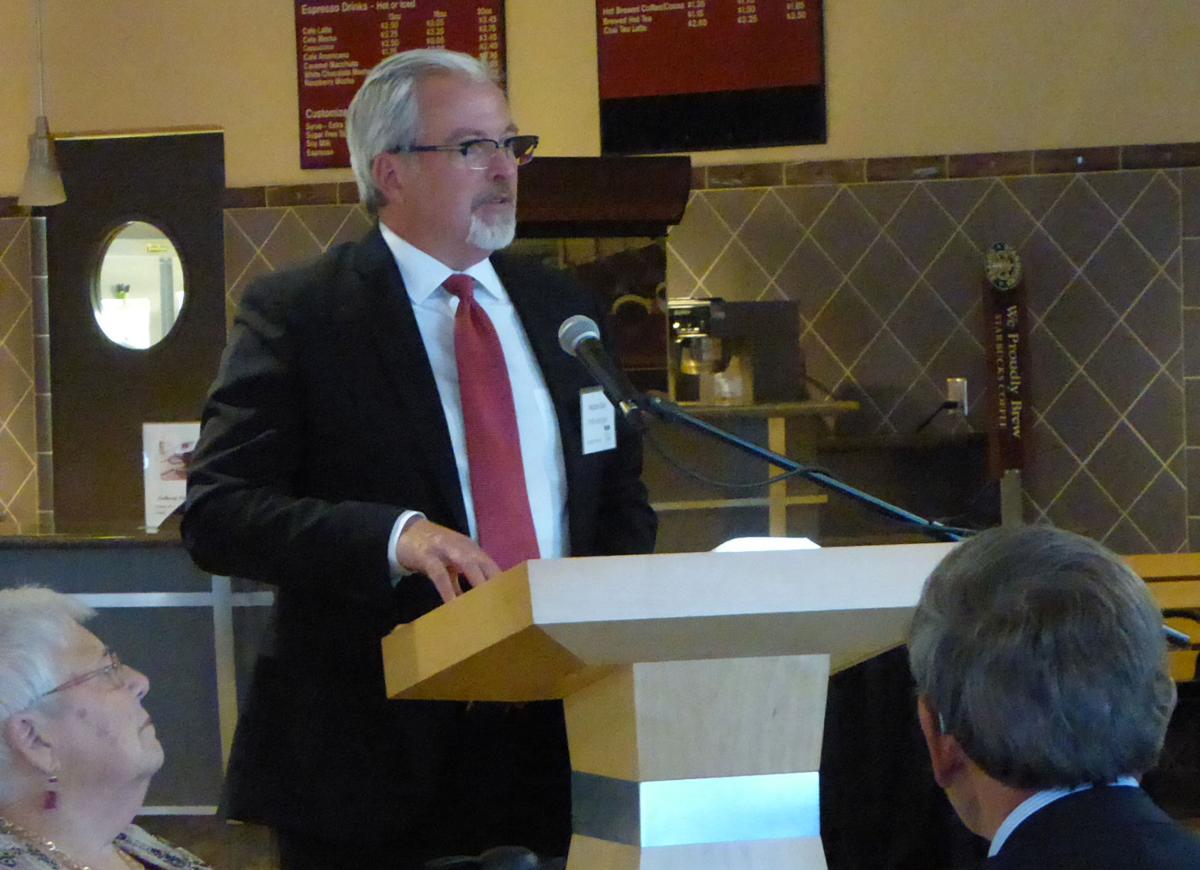 Adam Teske, Laila Barr and Rebecca Gamble, three new pastors at Shepherd of the Lake Lutheran Church, are part of the church's "new day" in ministry.

S hepherd of the Lake Lutheran Church is experiencing a whirlwind of old and new. Simultaneously, the upwards of 4,000-member congregation is celebrating its 50th anniversary and experiencing a major staff turnover.

This year, the church hired four new pastors: Senior Pastor Dan Poffenberger, who signed on six months ago; Pastor of Children, Youth and Family Ministries Adam Teske, who is being taken on officially after a year as an interim pastor; Pastor of Lifelong Learning Laila Barr; and Pastor of Outreach and Care Ministries Rebecca Gamble.

Church members are calling it a “vibrant new chapter” in Shepherd of the Lake’s ministry.

Some previous chapters haven’t been as bright for Shepherd of the Lake.

In 2006, lead pastor Stephen Haschig resigned after disclosing an “improper relationship” he’d had with a woman while serving at the church.

After that, Peter Strommen served as senior pastor from 2008 to 2010 and resigned for health reasons, while at the same time the church suffered financial difficulties and had to make major staff reductions.

Just last year, the church lost its previous senior pastor, Mike Carlson, when he resigned months after he took the position to return to his former congregation at St. Andrew’s Lutheran Church in Mahtomedi, Minn.

But now there is a fleet of fresh, new faces at Shepherd of the Lake. Teske, a smiling presence in buttoned-up plaid, feels good about where he is — taking on a confirmation class of 600.

Shepherd of the Lake’s history has basically been a long series of new days. Its first was 50 years ago. The church began when founding pastor Bud Eskritt trekked from door to door, surveying 36 square miles for potential congregation members. His only guidance was a 40-page manual on starting mission churches.

For the most part, he was received remarkably well — in spite of occasionally being mistaken for a Catholic priest or for the Jehovah’s Witnesses that came through town shortly before he started his campaign. He got together about 100 charter members and gathered them in their very first worship space: the gym at WestWood Elementary School.

Kathy Hoff played piano for that very first service. As a charter member, she was on the first small team of music specialists for the church. She remembers the days when they used to haul everything — the chairs, offering baskets, even the baptismal fonts — out of the storage closet where the basketballs and other sports equipment were kept.

Fifty years later, she said, there’s still a strong musical tradition at Shepherd of the Lake, but on a much grander scale. The congregation has swelled to about 4,000, and they’re doggedly seeking more. The church is directly connected to McKenna Crossing and the YMCA, itself containing offices, a cafeteria and more. It rests on the land that another charter member, Rhoda Berens, used to farm with her husband.

“Every time I pull into the driveway, I should be thinking about it,” Berens said. But she doesn’t. The church’s presence there has become a natural part of her reality.

Berens lost her husband six years ago. That, too, has become another part of her present.

“Life goes on,” she said. “Thanks to my church — they helped get me through everything.”

On the night of their 50-year celebration, the church had a concert featuring country music star Susie McEntire ready for attendees down in the booming auditorium. It promised to be a momentous night, and a long way off from a tiny cluster of singers and Hoff accompanying on piano. But that night, just like so many services at Shepherd of the Lake in its early days, founder Eskritt gave an address. He talked about where they began and how much has changed, and insisted that one important thing hadn’t:

“Jesus is the same,” Eskritt said. “Yesterday, today and forever.”

But pretty much everything else has changed. Poffenberger, who took the microphone after Eskritt had said his piece at the anniversary dinner, is keenly aware of this.

“It’s harder to be in the church now than it’s ever been,” he said.

In the midst of a tumultuous decade, like a lot of churches, Shepherd of the Lake is fighting to stay relevant and grow its numbers. Christianity and Sunday Sabbath are no longer assumed cultural norms. Work and school activities continue through the weekend, and Minnesota has been becoming more diverse in its landscape of beliefs.

“I think the church has bored people and alienated people in the past,” Poffenberger said. “Sometimes it’s difficult to relate.”

Part of the new pastors’ job going forward will be making sure the “yesterday, today and forever” portion of worship at Shepherd of the Lake stays relevant to a new generation of Christians.

“It’s kind of getting back to basics,” she said, “in innovative ways.”

“There needs to be an awareness of language,” Gamble said. “A lot of times church uses a language that has resonated better with other generations and cultures.”

She wants to tailor the message more to a new community of worshippers and let them know that life inside of church and outside of church do not need to be dissimilar. If there’s a third component to the “inclusion and access” plan, it’s relevance.

“We have to make ourselves more relevant,” Poffenberger said.

The church has been trying to do this by taking on community outreach projects, offering its massive campus as a venue for organizations to fight hunger and homelessness — even discuss climate change. In the summer of 2014’s big flood, Shepherd of the Lake was one of the organizations on the ground, sandbagging. Poffenberger is looking forward to more new ideas and new programs on the horizon as the church continues its 50-year tradition.

“We want to become a place of compassion and service — to do that, we have to boil Christian faith down to ‘love your neighbor,’” he said.

He added: “That’s always been what it is.”