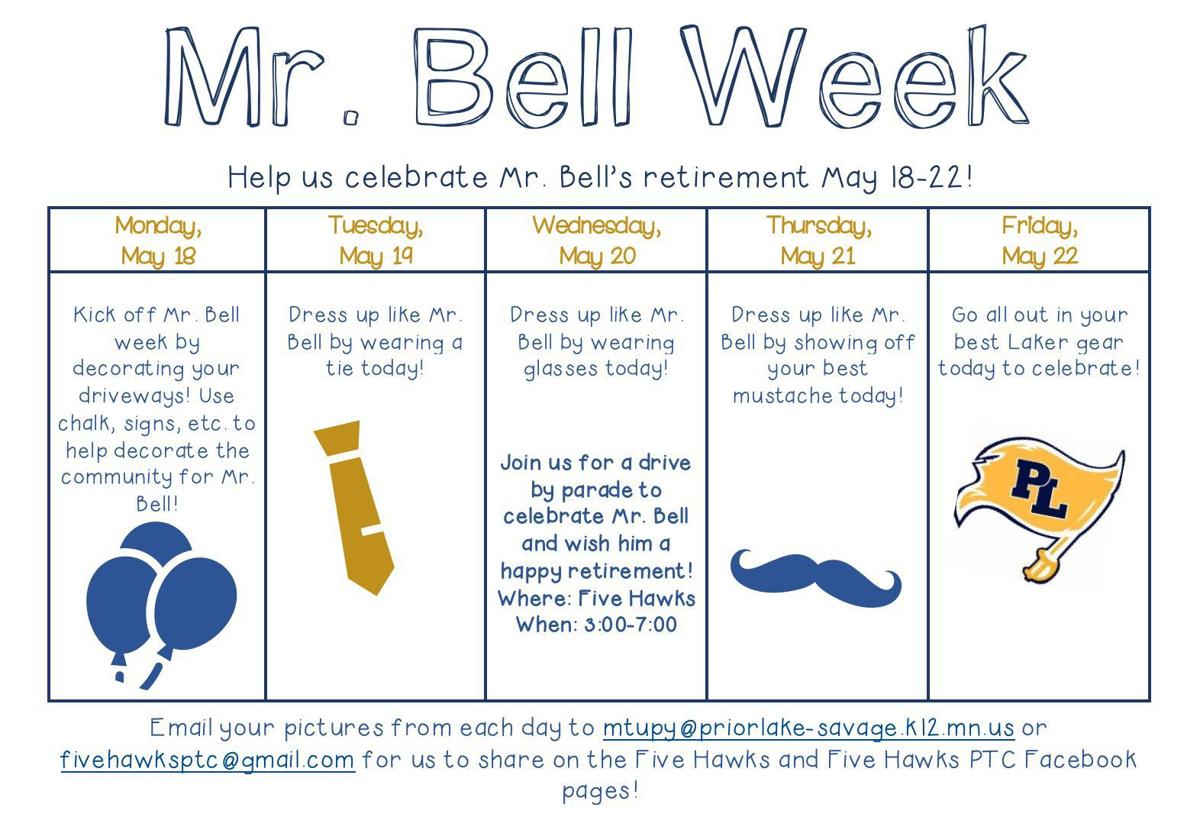 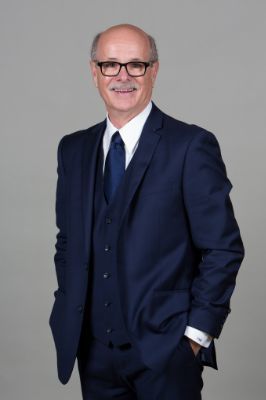 Even in a pandemic, the celebration of his tenure will carry on. Staff members plan to hold special events all through the week of May 18, starting that day with driveway decorations around town and continuing with a parade on Priorwood Street and Five Hawks Avenue on Wednesday, May 20.

“We just knew we couldn’t let him go without recognizing everything he has done for staff and families to make Five Hawks the warm and welcoming building it is,” said Michelle Fischer, who helped organize the events and has taught fifth grade at the school for almost as long as Bell has been around.

“We love where we work, and Tim has made that possible,” she said.

Fischer said she and others are working to reach former students, staff members and Bell’s fellow Rotary Club members for the parade, which she expects will be busy. Bell will lead it on a gussied-up golf cart at 3 p.m. before watching the column pass from a stage at the school.

Bell said he’s made sure the school is focused more on its learners, families and staff’s well-being than strict curriculum. His priority since his teaching days in other districts has been to reach every student in some way every day.

“I’ve tried to build my career on that, that relationships are the thing that matter the most,” he said, adding he hopes that’s what people remember about him. “When you get to be my age, you’ve got grandkids of kids you’ve had.”

Schools’ closure to students and the coronavirus pandemic have made that much more difficult; instead of a hug for everyone, he’s mainly seen his colleagues and students through a computer screen in recent weeks. Teachers in small numbers have returned to the building for end-of-year moves and cleaning, so he can at least say goodbye to the building.

He’s not sure what’ll come next yet but said the only real difference will be that he won’t see the school as often.

Monday, May 18: Decorate driveways for Mr. Bell with chalk, signs and so on.

Tuesday, May 19: Dress up like Mr. Bell by wearing a tie.

Wednesday, May 20: Wear glasses to look like Mr. Bell, then join the parade starting on Priorwood Street and passing Five Hawks from 3 to 7 p.m.

Thursday, May 21: Dress like Mr. Bell with your best moustache.

Friday, May 22: Wear blue and gold for Laker pride.