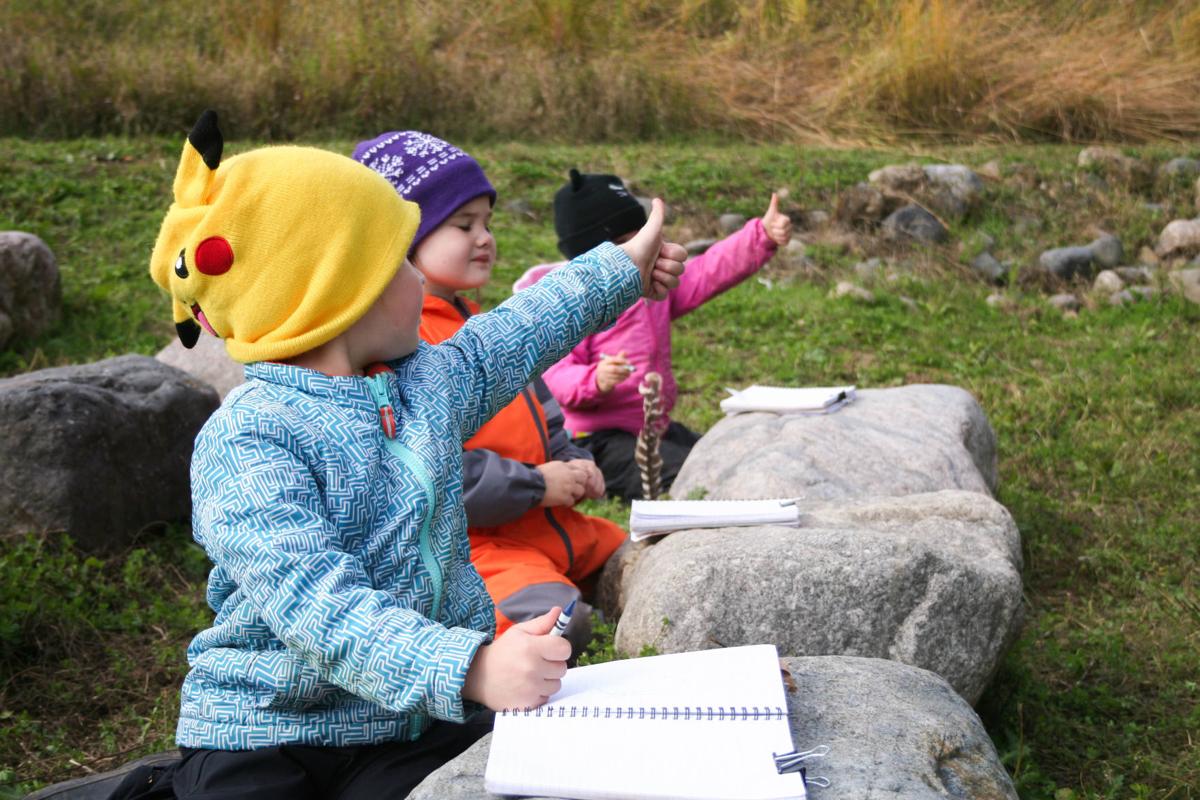 Killian Griffin and other students at Prior Lake-Savage Area Schools’ Circle of Friends Preschool signal they’ve finished writing their numbers for teacher Amanda McNearney near Hidden Oaks Middle School on Tuesday. The preschool and other education programs around Prior Lake emphasize nature and spending time outdoors to help students learn concepts. 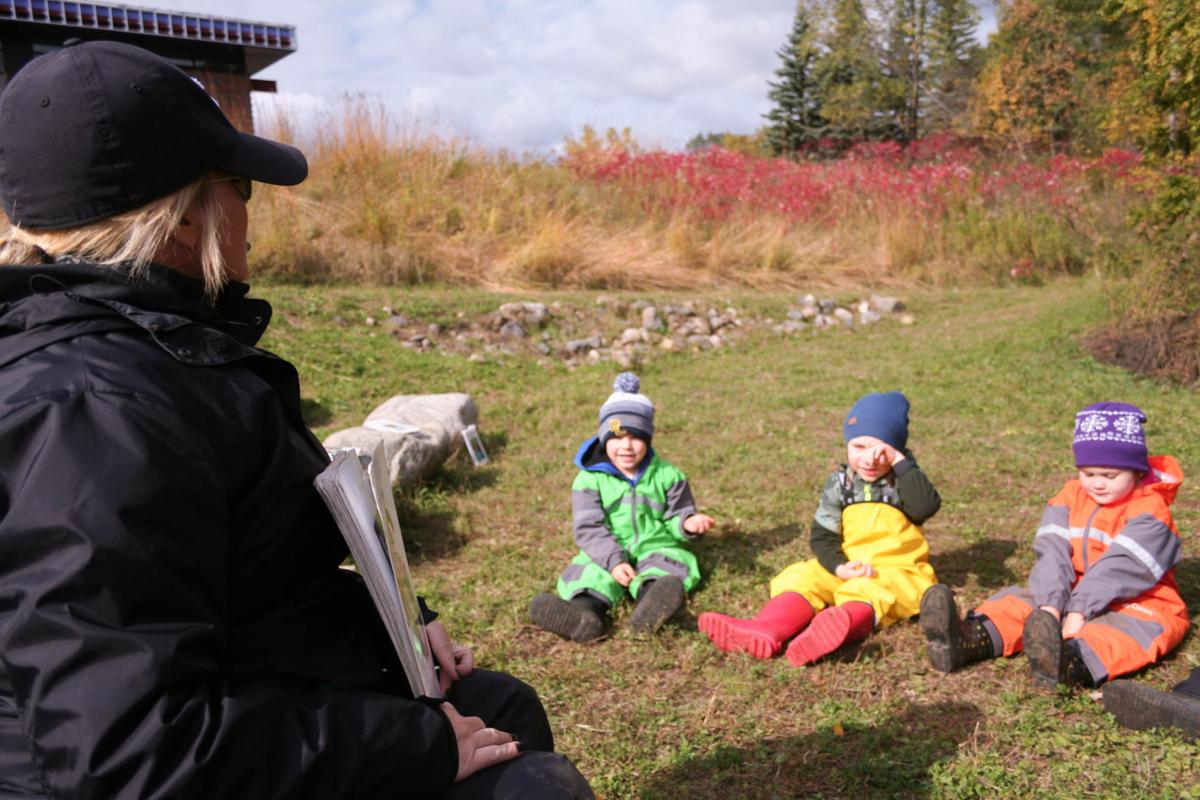 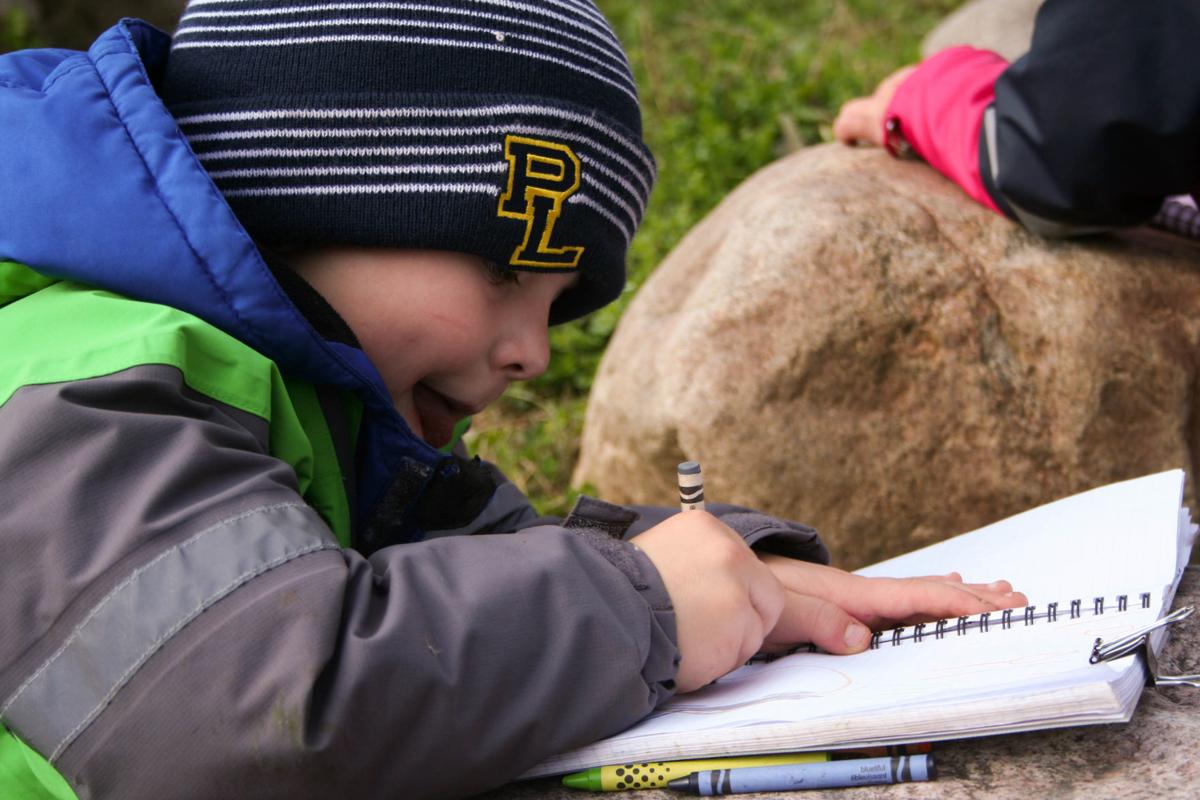 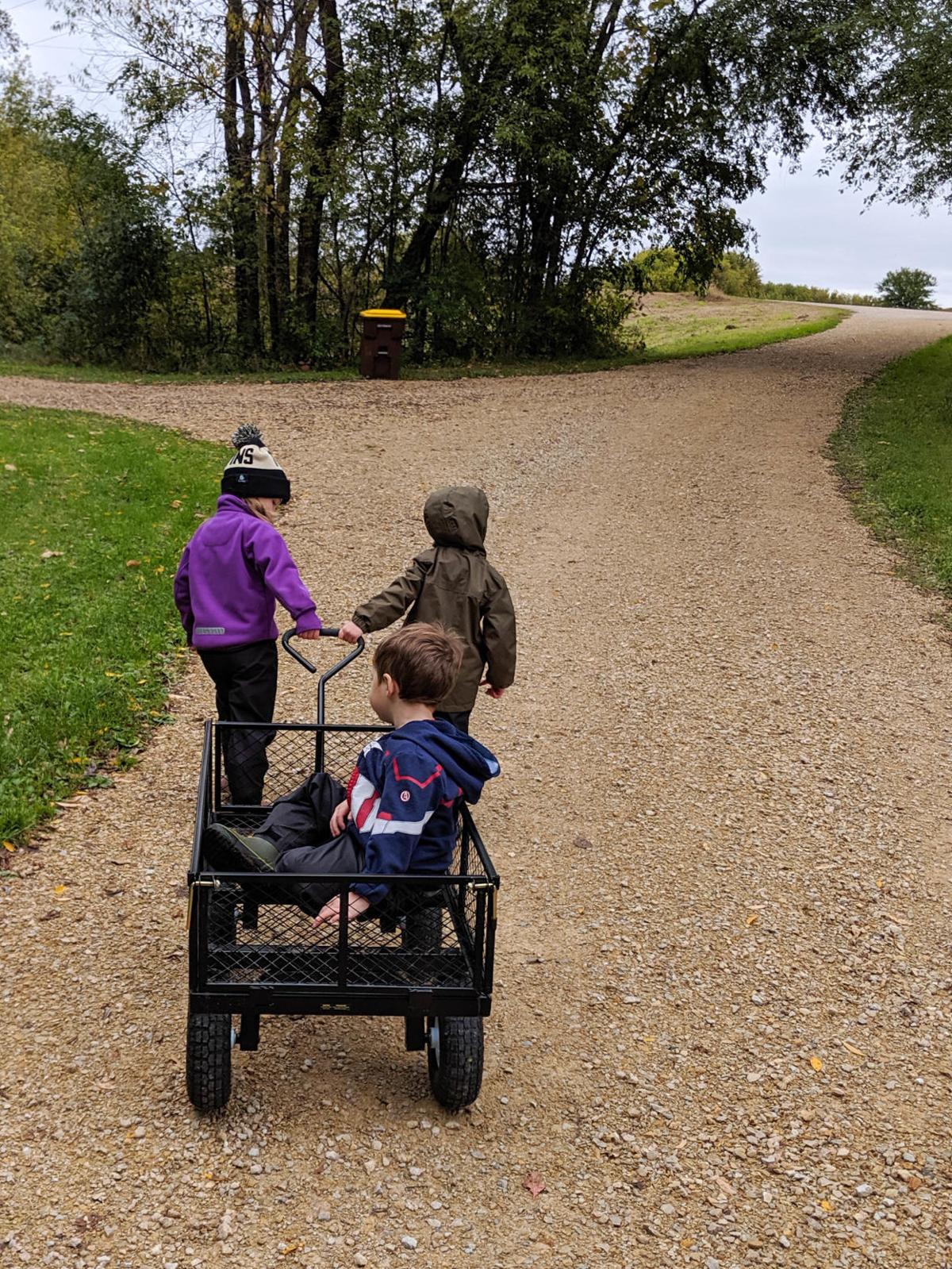 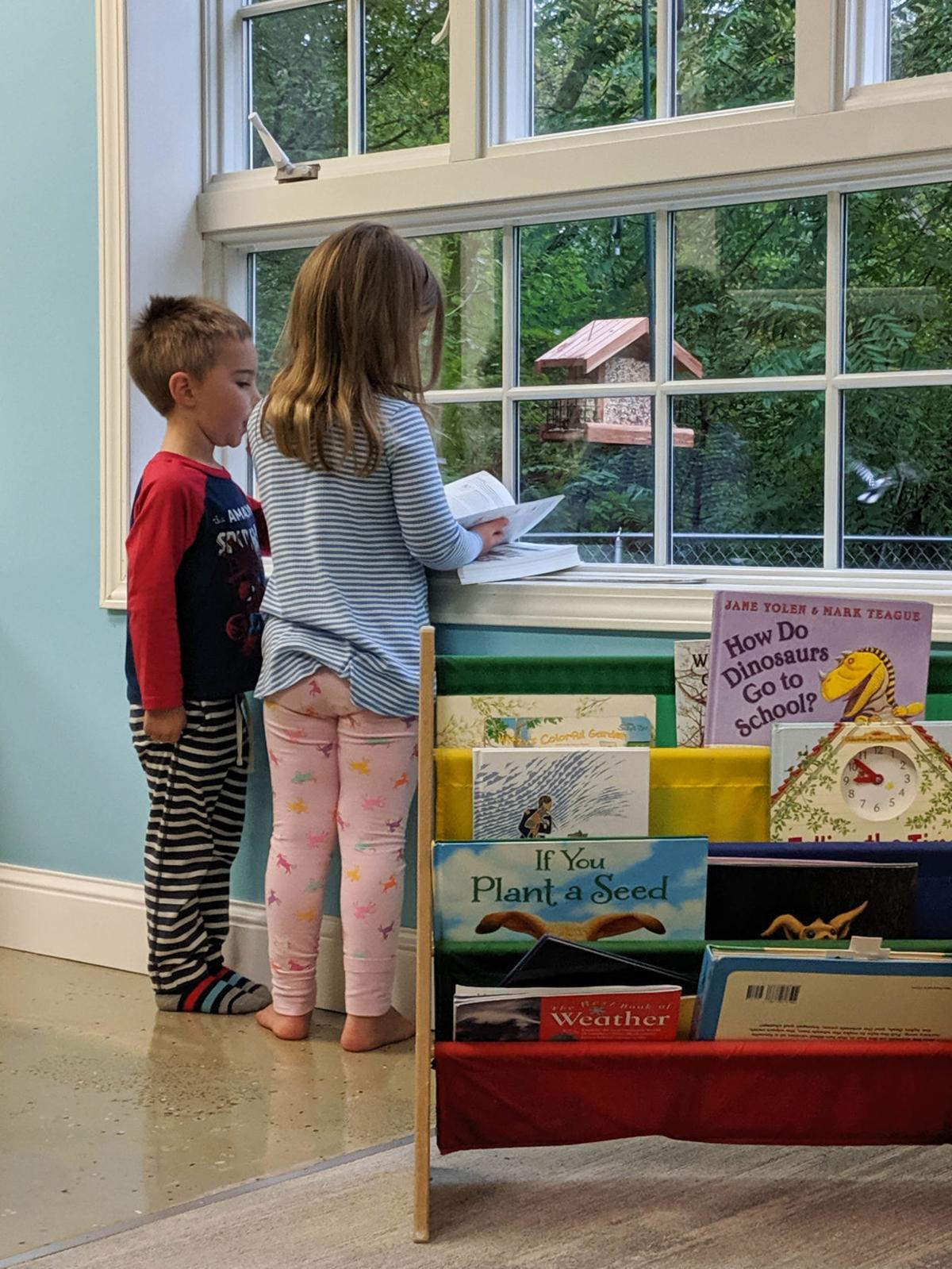 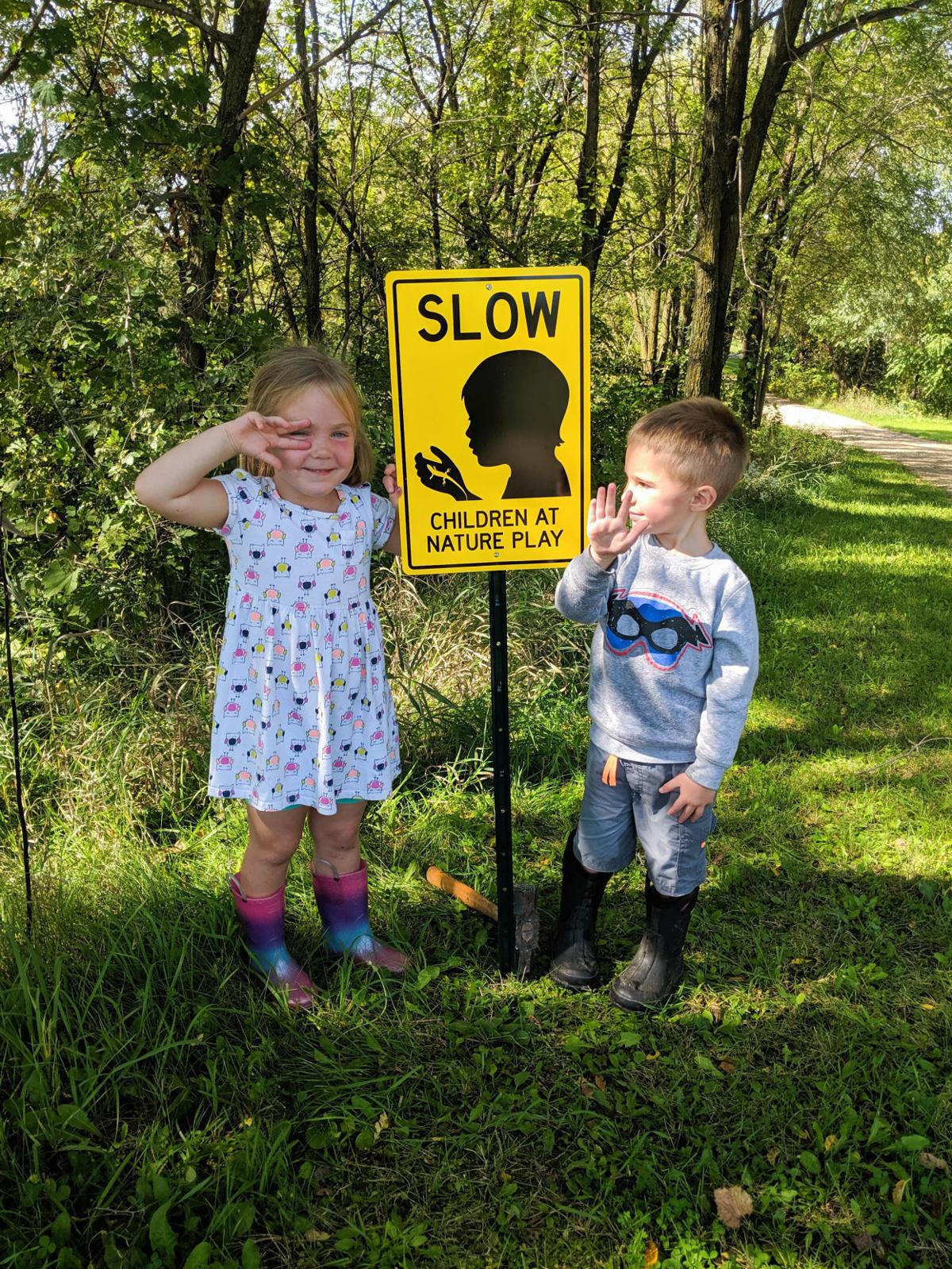 Laurel and Crosby pose near the front of the property that’s home to 10 Acre Wood. Baune and her husband purchased the property a year ago with the intention of starting a nature-based preK program. 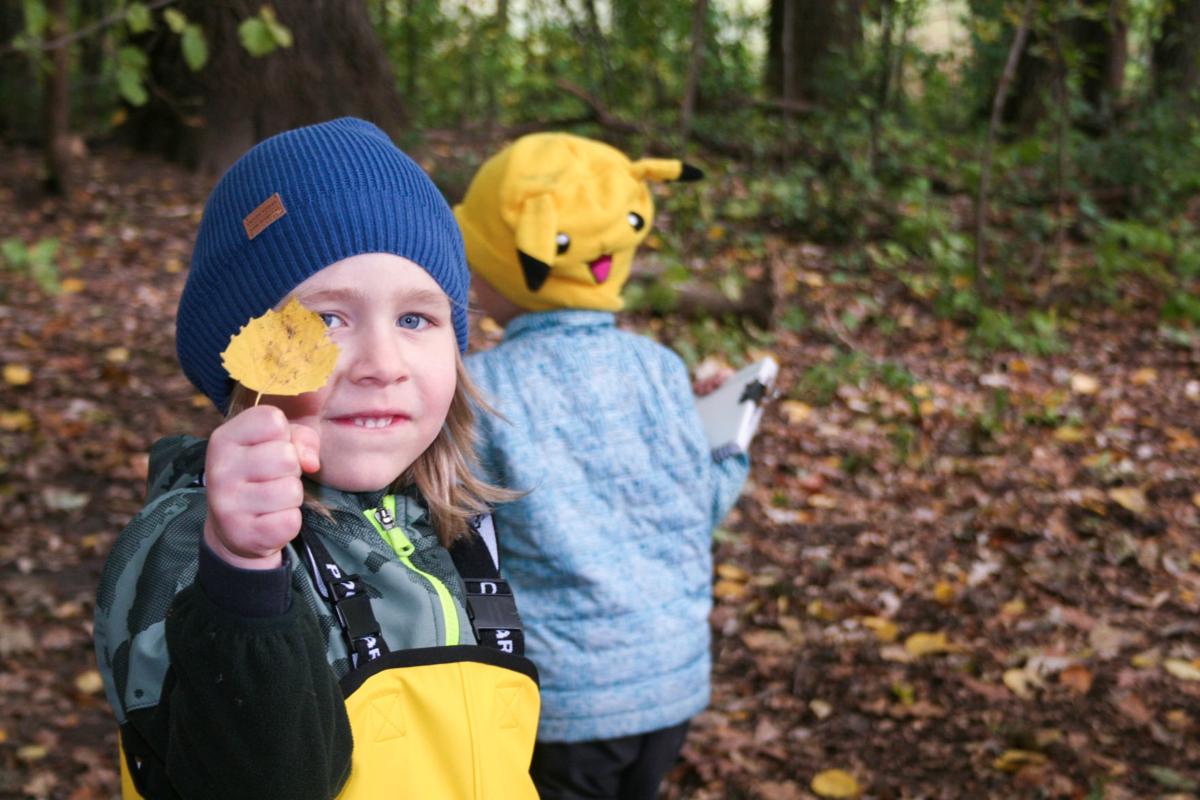 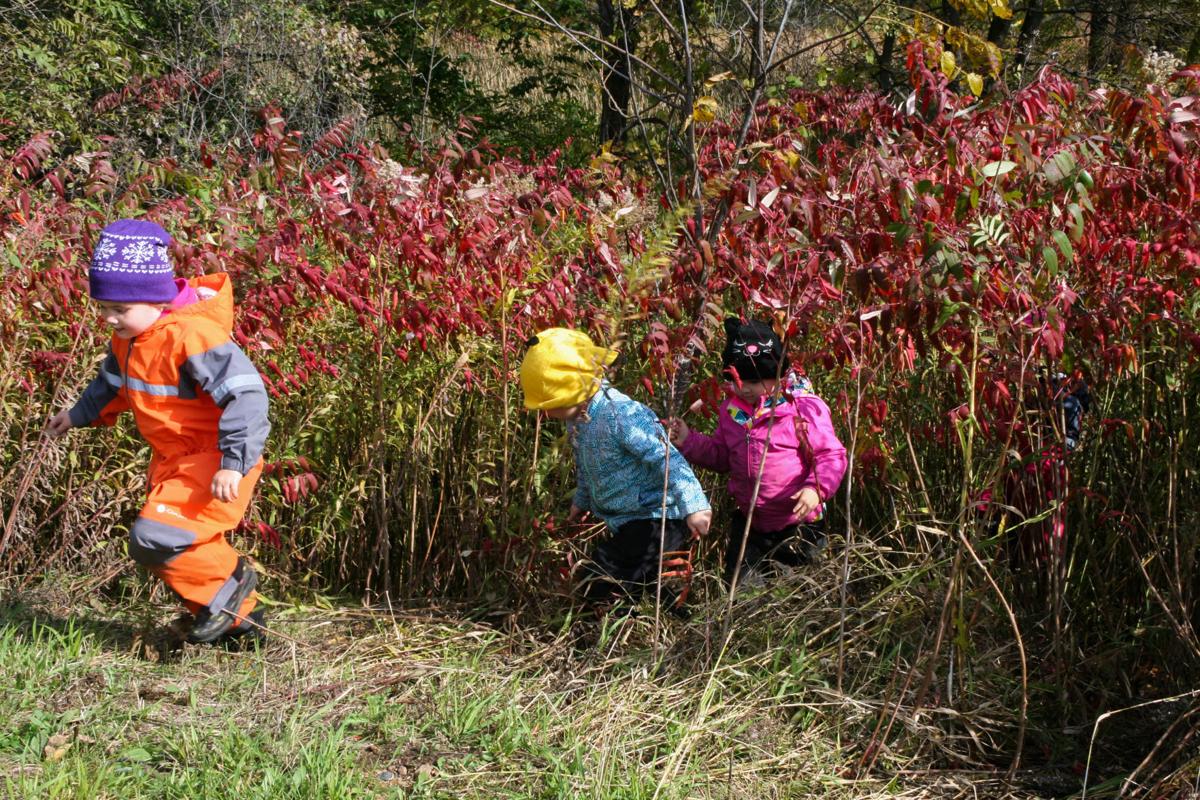 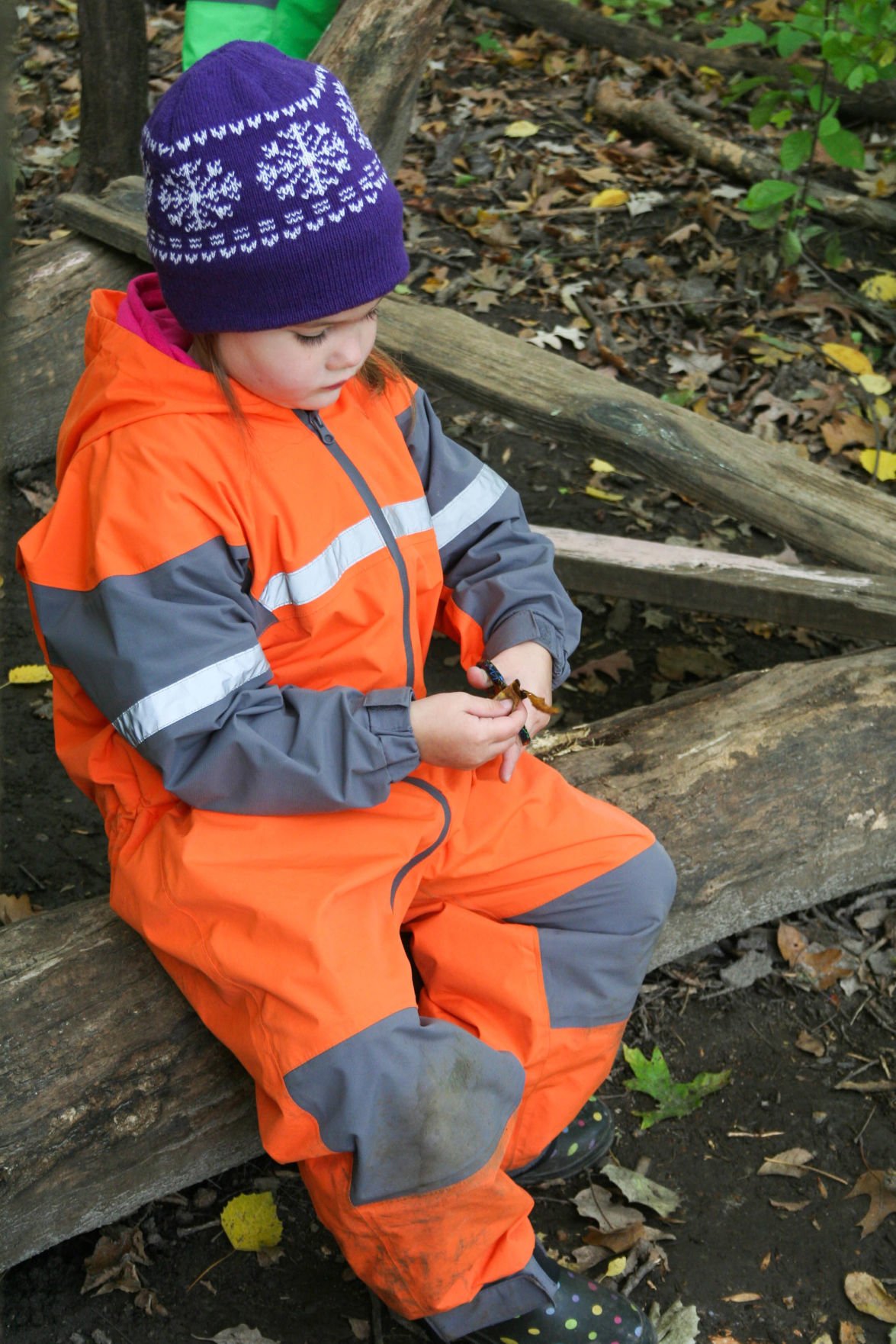 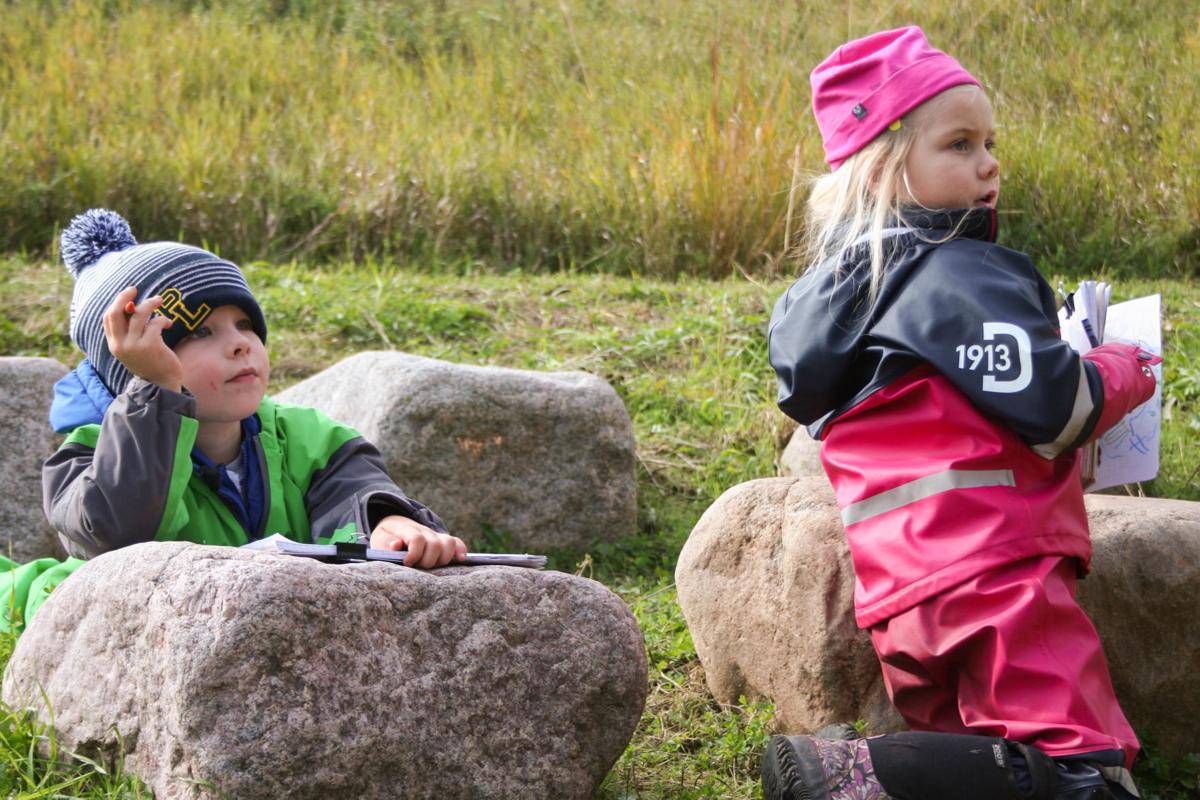 Killian Griffin and other students at Prior Lake-Savage Area Schools’ Circle of Friends Preschool signal they’ve finished writing their numbers for teacher Amanda McNearney near Hidden Oaks Middle School on Tuesday. The preschool and other education programs around Prior Lake emphasize nature and spending time outdoors to help students learn concepts.

Laurel and Crosby pose near the front of the property that’s home to 10 Acre Wood. Baune and her husband purchased the property a year ago with the intention of starting a nature-based preK program.

It was about 40 degrees, and Circle of Friends Preschool teacher Amanda McNearney’s six students scrambled through the bramble behind Hidden Oaks Middle School. One called out that she’s a plumber, another said he’s a monkey and a third declared he’s a ninja.

“They challenge each other a little bit with their ideas and what they want to do,” McNearnery says. “They have to come up with all their own ideas and toys, so their creativity, imagination, all of that is really growing pretty quickly.”

McNearney’s class was at ease among the trees despite the creeping cold and dark clouds on the horizon. They’re used to spending their days outdoors no matter the season as part of the Prior Lake-Savage Area Schools nature-based preschool program, which is based at Jeffers Pond Elementary and Edgewood schools.

The students are part of growing movement to have children spend more time outdoors instead of in a traditional classroom to prepare for kindergarten and further education. Students direct their own learning by asking their teacher about what they’re seeing and experiencing.

That’s how McNearney’s class learned about albino squirrels and why McNearney, on Tuesday, read the students a book about squirrel behavior. It’s also why Hannah Baune’s students at the newly opened 10 Acre Wood Preschool can surprise their parents by correctly identifying local flora and fauna such as willows.

“I always go to (nature-based) schools and have kids to point out something that sometimes I didn’t even know what it was,” Baune said. “They could tell me all these things about it, and it was just so cool to hear from a 4-year-old.”

Local childhood programs are incorporating more environment based learning even indoors. In the more traditional classrooms at Edgewood, home to the Circle of Friends, students work their tactile abilities by weaving yarn around twigs and sticks and their number sense with stone-based counting games, for example.

Advocates say students learn formative lessons about themselves and their environment outdoors as well as they would in a traditional classroom, if not better.

While nature- and play-based programming has taken off on the coasts and Washington state in particular, the practice has been a bit slower going in the Midwest.

There are about 13 nature-based preschools in the metro area, according to the education association. That’s better than most urban centers in the Midwest but short of the 27 programs in Seattle.

Even so, the programs are slowly entering the public consciousness and gaining fans. Baune said her dedication to the learning style began in 2014 with an article on Facebook.

“It was people doing exactly what I thought we should be doing with kids: not forcing kids to sit down and learn to read and write but learning through nature and through play,” Baune said. “And I was like, oh, other people think the way that I do.”

Baune left a job in retail and went back to school to get her masters in environmental education from Hamline University. She wrote her thesis about nature-based schools in Minnesota and then set out to start her own.

A little over a year ago, Baune and her husband, Dan, found and bought 10 acres surrounded by rolling hills, woods and expansive farmlands. The land gives the preschool its name and ample room for its program.

Baune said the biggest obstacle was getting the county to sign off on the program because of its heavy need for space and outdoor play.

“I understand that,” she said. “But there’s a different way of thinking about things, like letting the kids be outside is something that’s important and healthy and natural.”