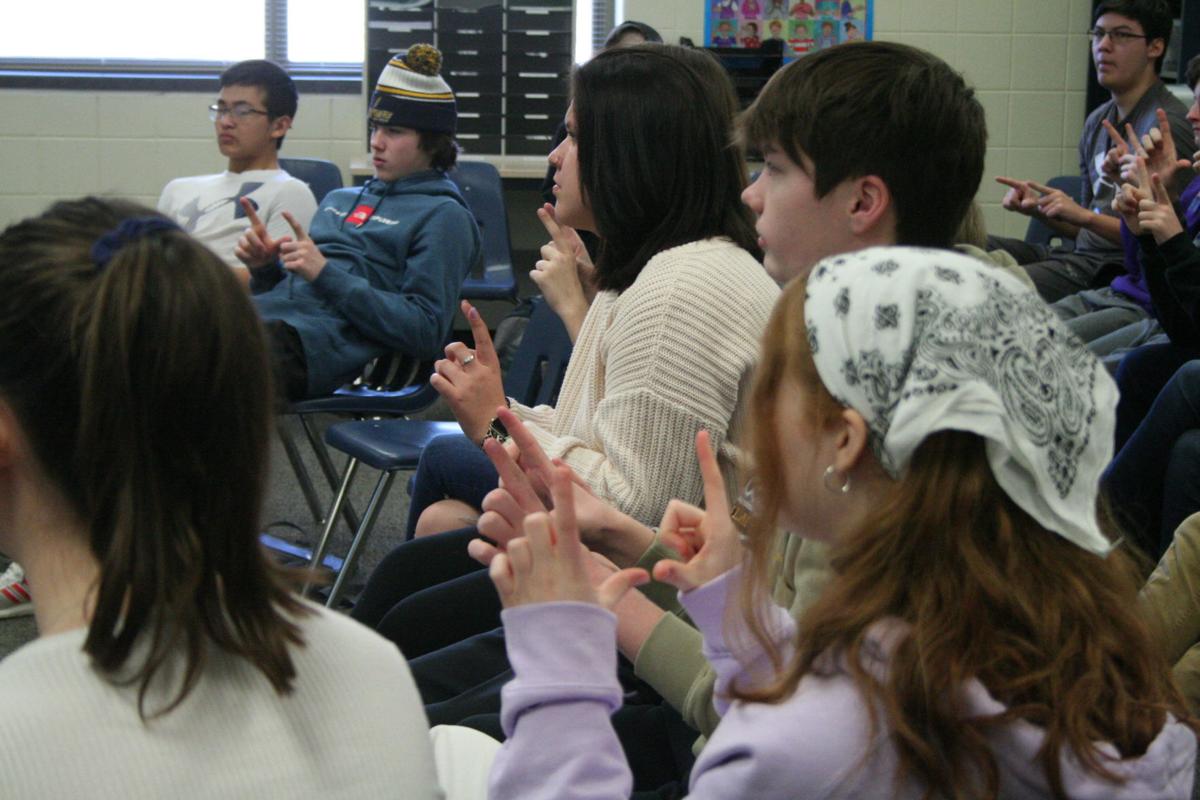 Prior Lake High School ASL 2 students practice the sign language for “license” during a vocabulary exercise. There are currently 256 students are enrolled in the school’s American Sign Language classes. 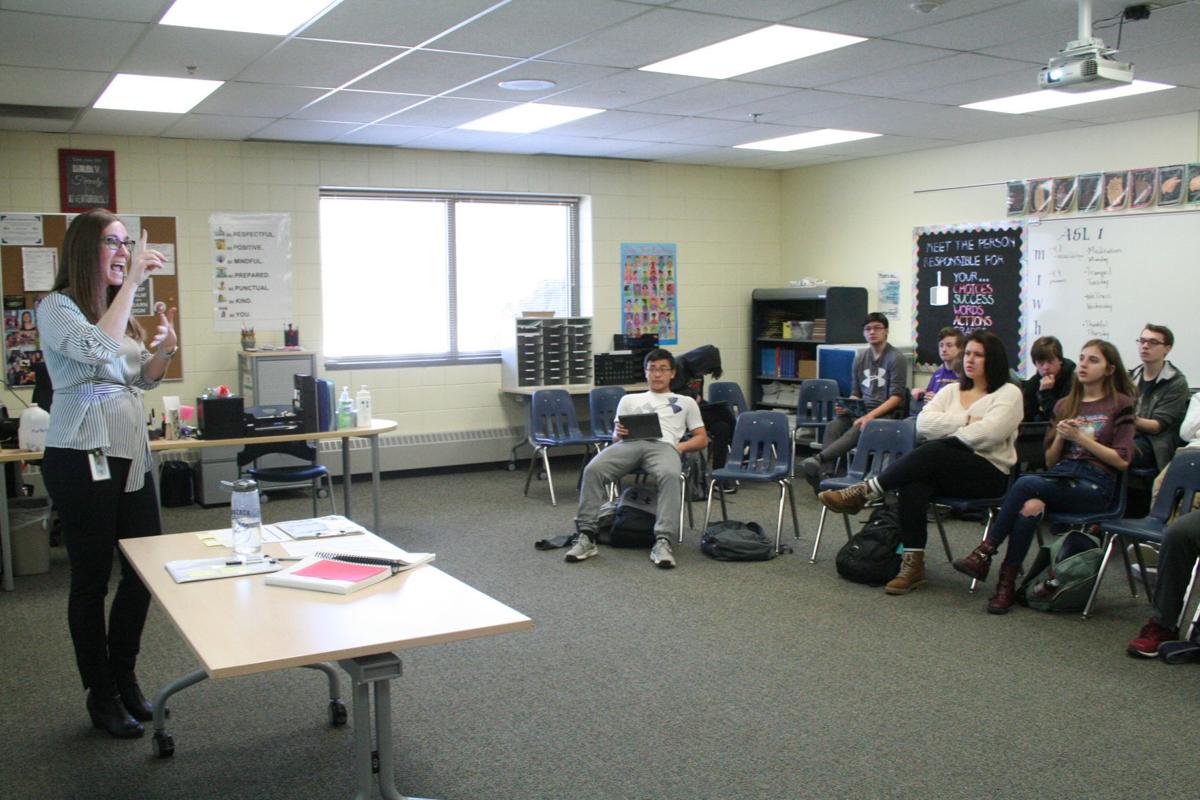 Prior Lake High School ASL 2 students practice the sign language for “license” during a vocabulary exercise. There are currently 256 students are enrolled in the school’s American Sign Language classes.

A class of 20 students sat silent but attentive in Prior Lake High School's room D127 as their teacher spoke, not with words but with hands and facial expressions.

The students are part of the high school's American Sign Language program, a quickly growing language course that added a new teacher this year and will add a fourth course next year. When it started in 2016, 102 students filled the three courses. This year, 256 students are enrolled.

American Sign Language is the primary language of the deaf and hard of hearing communities in the United States and English-speaking Canada. It uses changing hand movements and expressions and has a grammar system all its own.

In December, the Prior Lake-Savage Area Schools Board approved the addition of ASL 4 to the 2021-2022 curriculum, allowing students to study the subject through their entire high school career. Teachers Amanda Lindell and Mark Zangara said they expect the course will draw somewhere around 20 students.

Several students said ASL is a welcome addition not only to their curriculum but their personal lives as well. Sophomore and ASL 2 student Henry Brantt said learning ASL has given him a new way to connect with his cousin, the only immediate family member who's deaf.

"I've seen him try to sign with his parents, and they don't really understand him. So I thought why not try and help them out," Brantt said, adding the language has also improved his communication skills in general.

"I feel like I can be more expressive using sign language," he said. "I'm known to be very monotone, and I'm not really outward when I speak, but when I'm using sign language I can let my feelings and my stuff out of my body through the signs."

Administration officials credit the language program's growth with the work of engaged teachers like Lindell and Zangara and a natural interest in the language among students.

"You guys made it interesting to actually learn and made it easier to learn where we wanted to continue with it," junior Aryana Vohnoutka, a ASL 3 student, told the two teachers on Wednesday.

Vohnoutka said she had been interested in learning ASL before, but having Lindell and Zangara there to foster her curiosity has really cemented her love for it. She said she's looking forward to taking ASL 4 next year.

An engaged and expressive teacher is the reason Zangara is still signing today, he said. He initially signed up for the class as an easy A on his report card but became hooked after meeting his professor.

"One of the toughest things here is that there's not that many qualified teachers," Zangara said. "You know Spanish, French, and German, they grow on trees. American Sign Language teachers, not so much."

Zangara eventually attended Gallaudet University — the only university for the deaf and hard of hearing in the United States — and received a masters in counseling for the deaf and met his wife. He worked at The Ohio School for the Deaf for 14 years before moving to Minnesota and teaching regionally.

"I tell all my students, you're lucky you're learning it now," Zangara said. "Back in the '70s and '80s, when I was in school, there was no deaf culture class. You went to the deaf club."

Zangara's signing is more expressive and sprinkled in with regional signs from Ohio and older signs from his wife's family. Lindell, on the other hand, has tighter signs from her 18 years as an interpreter. She learned ASL as a kindergartner and signed to communicate with a deaf friend.

She stopped signing for several years until college, when she used the course to fill her schedule. After professors noticed a talent in Lindell, she became a certified educational interpreter.

"We come from very, very different backgrounds," Lindell said. "I've worked as a professional interpreter for the last 18 years, and Mark has, on a real personal level, his family. It's really great to expose the kids to all sorts of different styles."

Lindell and Zangara say the ASL 4 course with help fill the immediate appetite students have for the language, though they're hopeful one day the course will join the language offerings at the middle school.

"I feel like there's just so much to learn," Vohnoutka said.