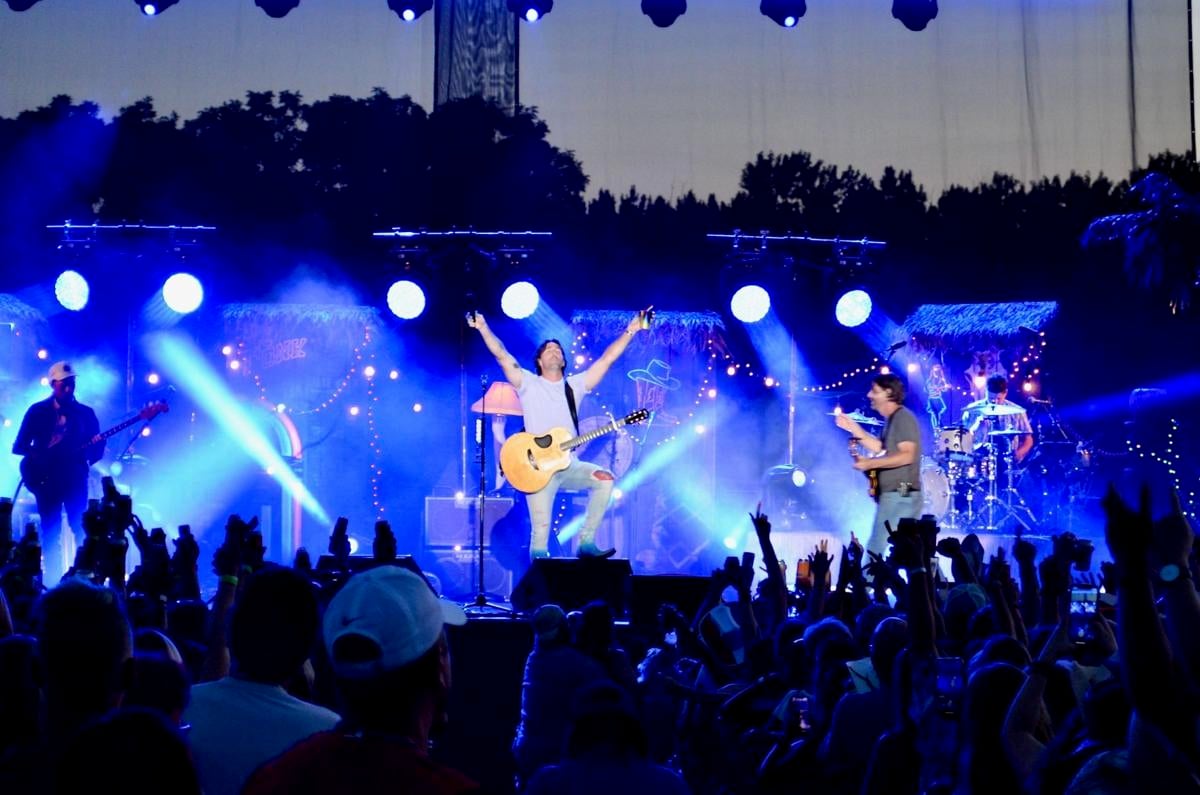 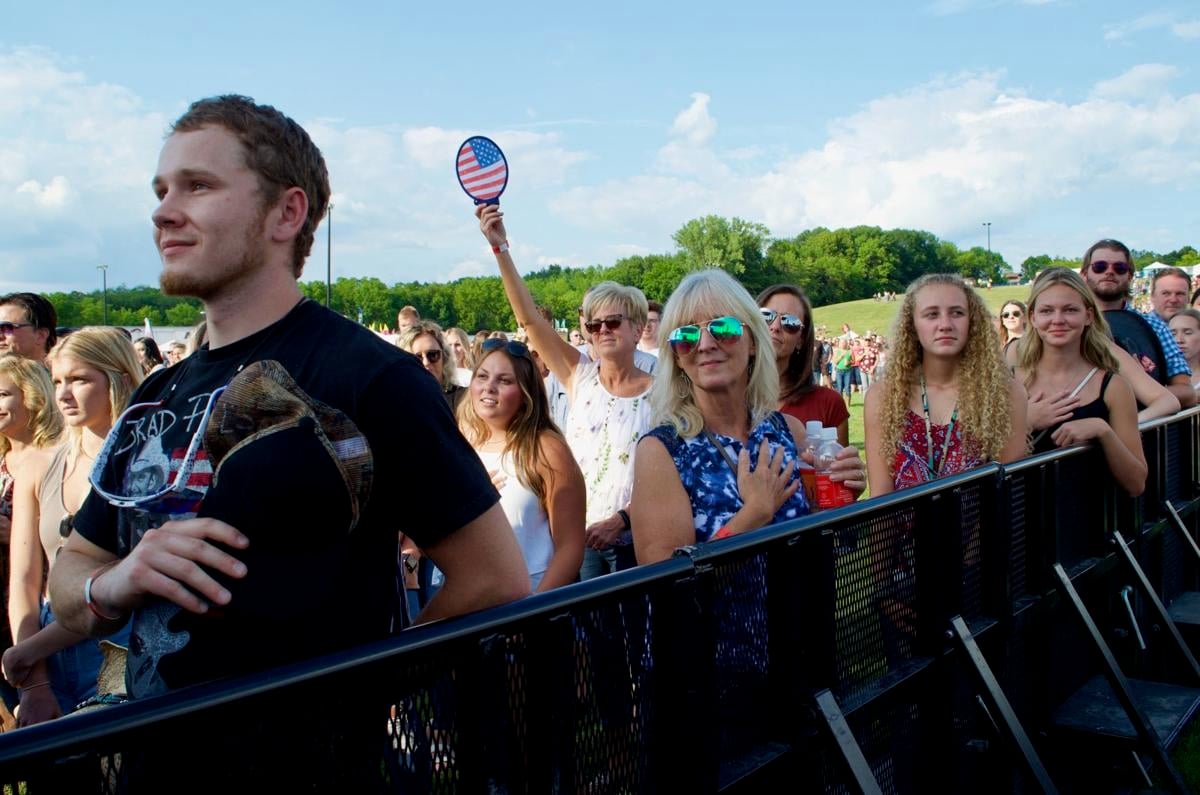 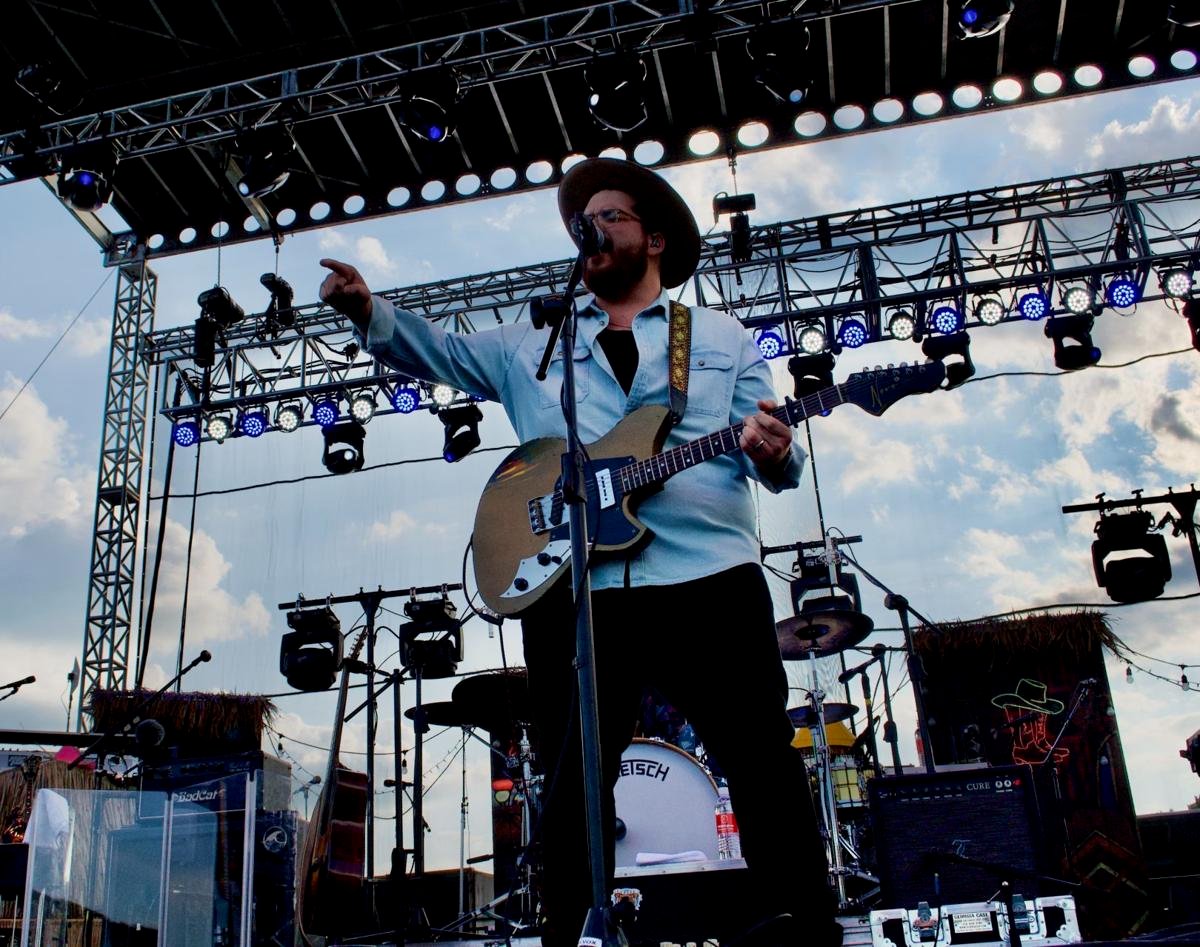 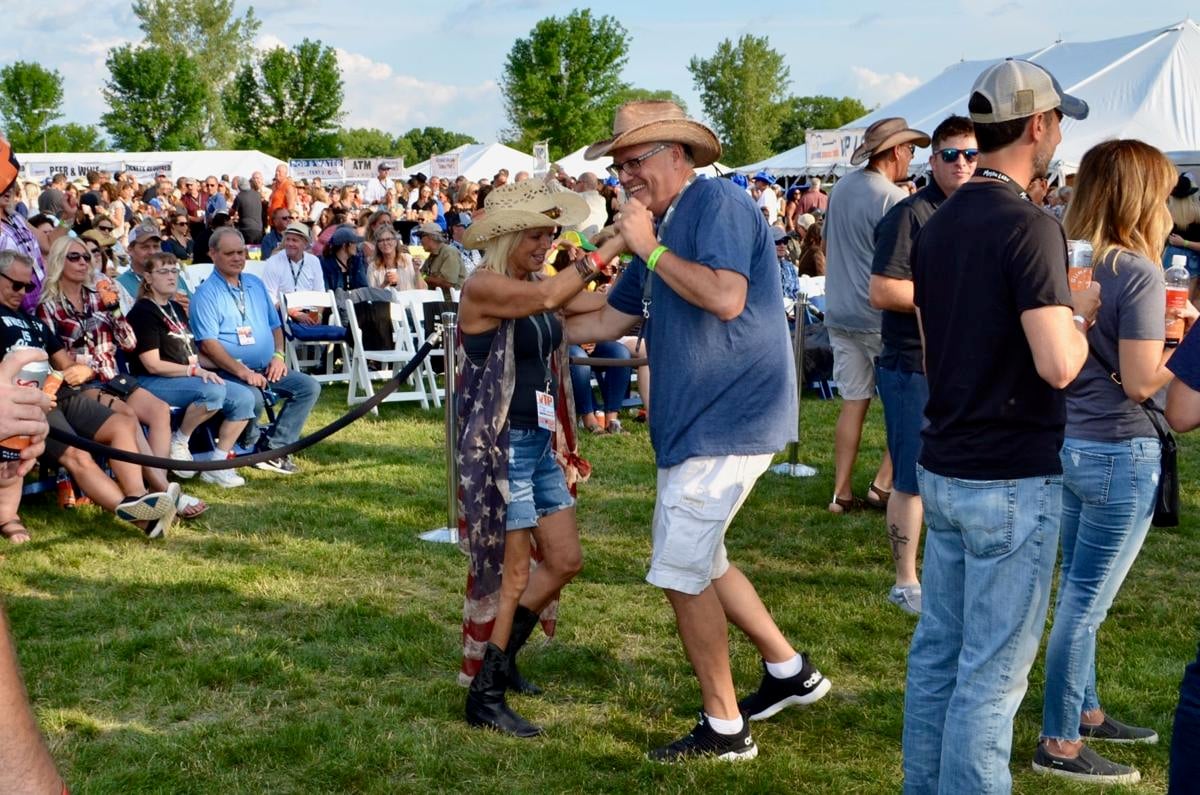 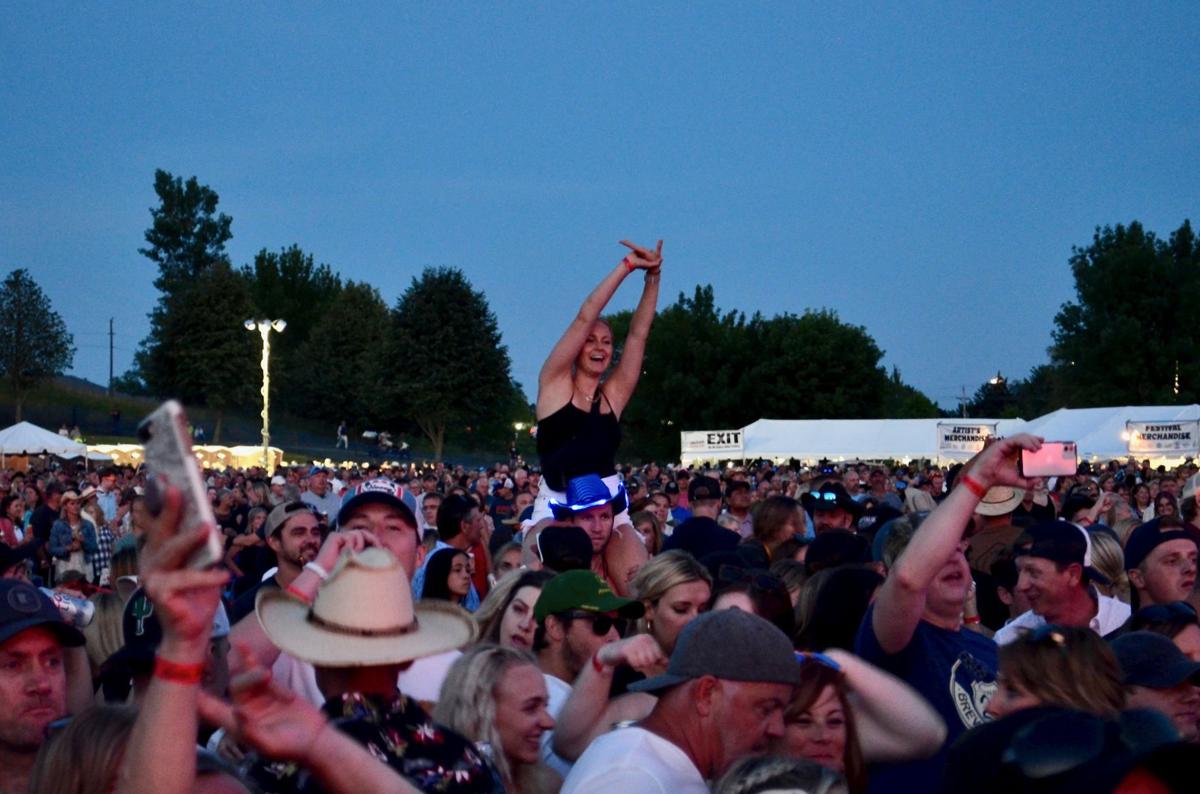 A woman sways to a Jake Owen song at the second day of the Lakefront Music Festival. 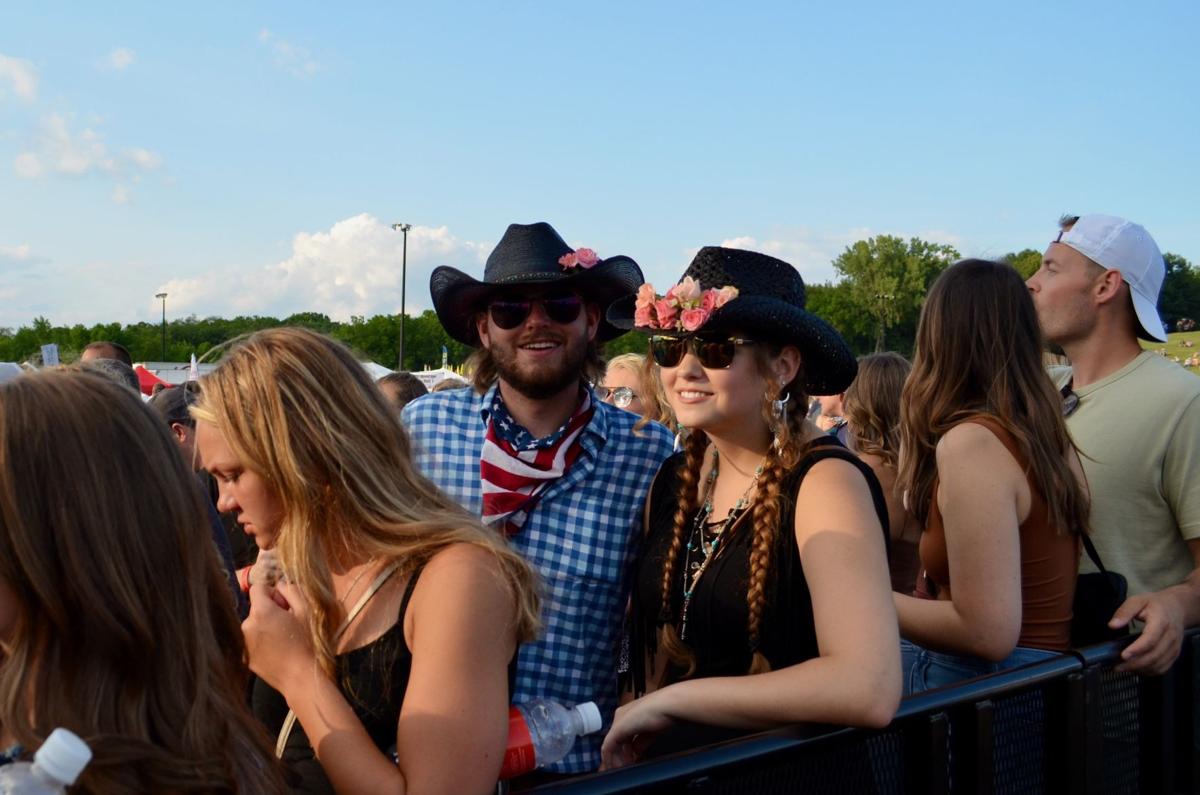 Spectators sported cowboy hats on the second night of the Lakefront Music Festival, where country artists Jake Owen and Noah Guthrie played for a crowd of thousands. 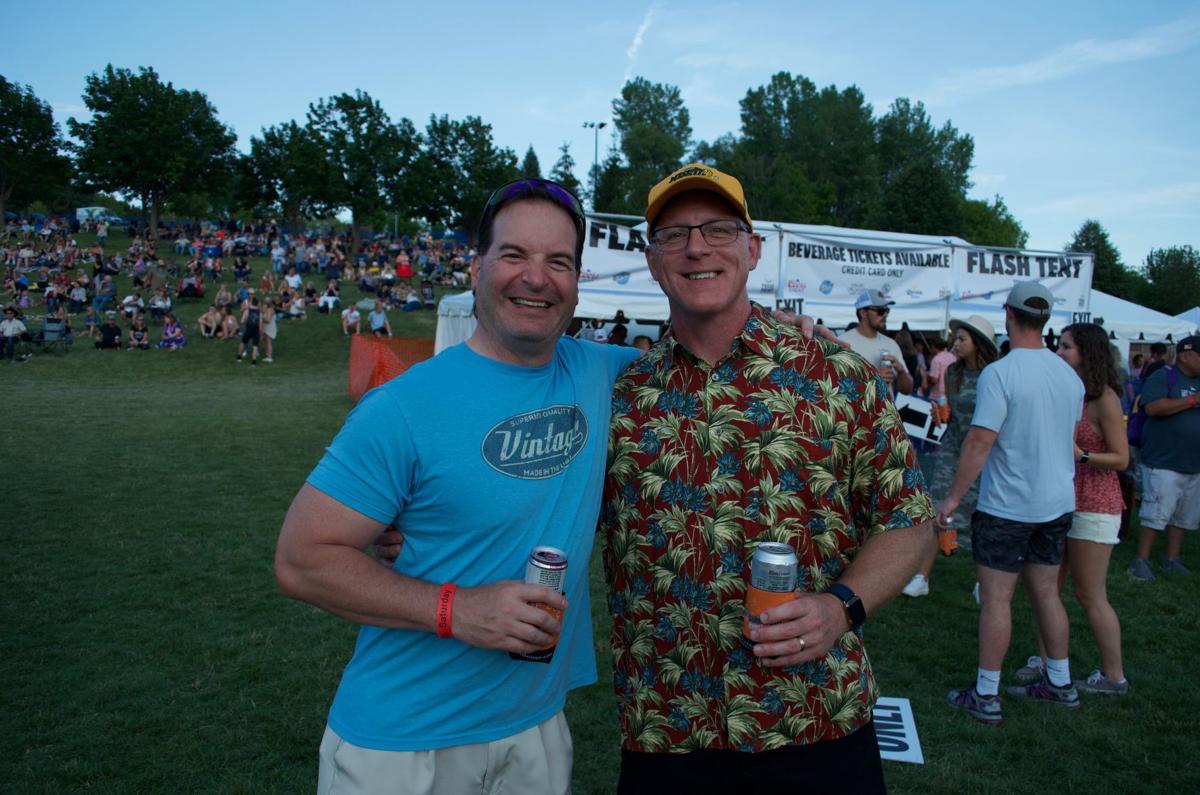 Bill Reese, left, and Marvin Bachmeier returned for their fourth year at the Lakefront Music Festival.

A woman sways to a Jake Owen song at the second day of the Lakefront Music Festival.

Spectators sported cowboy hats on the second night of the Lakefront Music Festival, where country artists Jake Owen and Noah Guthrie played for a crowd of thousands.

Owen and Guthrie played extended sets to a sold-out crowd at Lakefront Park after the original headliner, Lady A, cancelled their set, citing a health emergency Saturday morning.

"After such a long wait, there isn't much that could keep us from being with our fans," a post on the band's Facebook page said. "Unfortunately, Charles (Kelley) has appendicitis, so we're sorry to say we won't be with you in Minnesota at Lakefront Music Fest tonight."

Organizers said Lady A will be at Lakefront Music Fest in 2023. The band was originally slated to perform in 2020, before the festival was cancelled due to COVID-19.

For many attendees, the festival marked a return to beloved traditions. Friends Bill Reese, of Prior Lake, and Marvin Bachmeier, of Savage, returned to country music night for their fourth time and were delighted to be back in the company of their friends and neighbors, the pair said.

"It's the absolute best," Reese said. "We've all been cooped up for so long."

Owen celebrated his return to the stage as well, noting that he'd gone 427 days without performing. The crowd sang along as he led them in a few bars of "Three Little Birds (Every Little Thing Is Gonna Be Alright)" by Bob Marley in between his own rousing songs, like "Down to the Honkytonk" and "Cherry On Top."