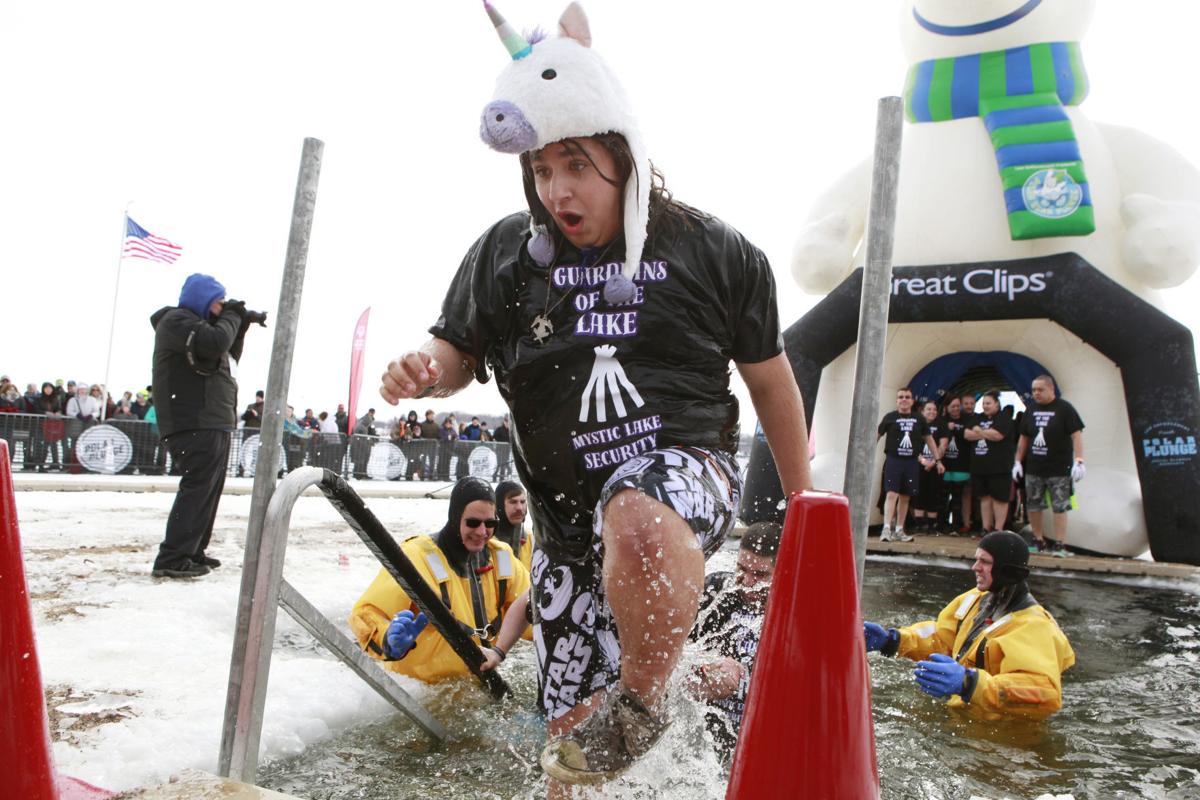 George Bursott of Prior Lake emerges after taking the polar plunge at Sand Point Beach on Feb. 16,2019 to help raise money for Special Olympics Minnesota. Organizers said around 600 people participated and raised at least $175,000 for the athletic organization. 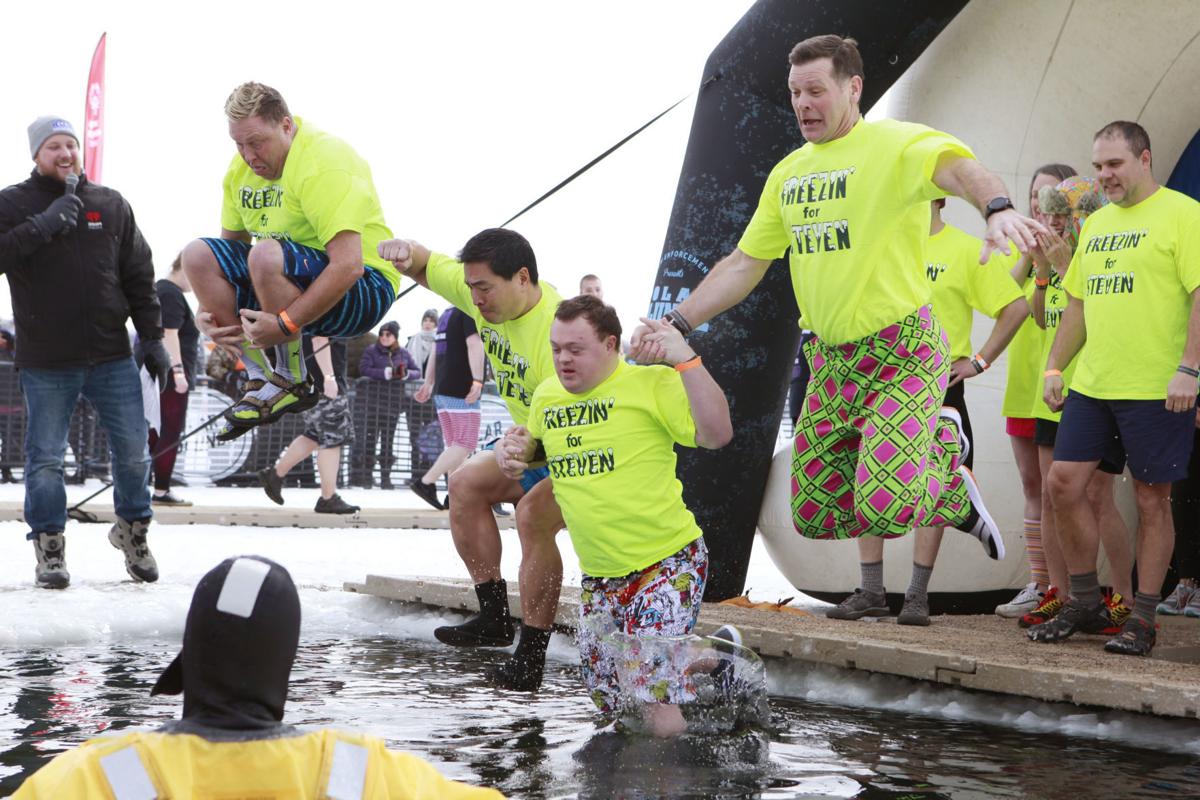 A team of Prior Lake polar plunge participants jump together into Prior Lake Saturday, Feb. 16, 2019. 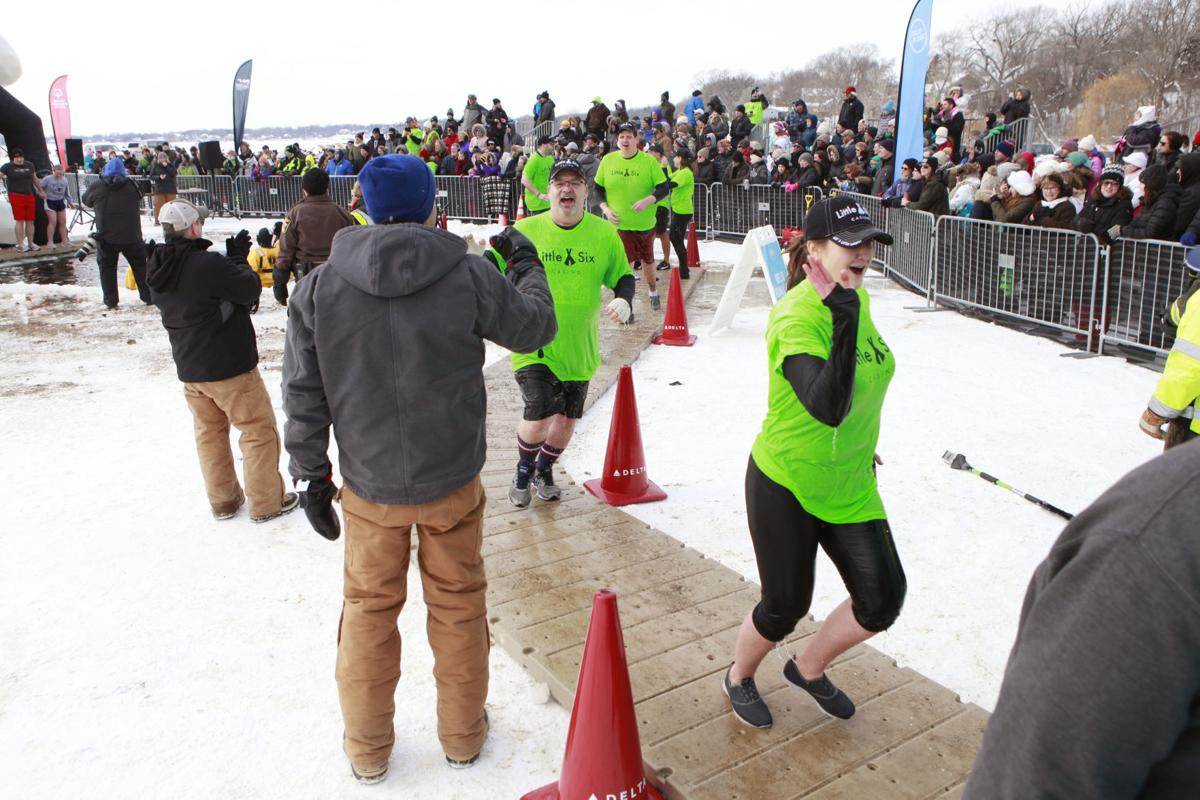 Prior Lake polar plunge participants dash for the warming and changing tent after their plunges in 2019.

George Bursott of Prior Lake emerges after taking the polar plunge at Sand Point Beach on Feb. 16,2019 to help raise money for Special Olympics Minnesota. Organizers said around 600 people participated and raised at least $175,000 for the athletic organization.

A team of Prior Lake polar plunge participants jump together into Prior Lake Saturday, Feb. 16, 2019.

Prior Lake polar plunge participants dash for the warming and changing tent after their plunges in 2019.

Polar Plunge season is at hand.

Hundreds of people in the southwest metro are collecting donations and picking out wacky costumes for the events, in which teams of people leap into the icy waters of local lakes to raise money for Special Olympics Minnesota. Organizers of Prior Lake's plunge last February said they raised more than $175,000, for instance.

The money — almost $4 million altogether from events throughout the state last year — helps cover the costs of year-round Special Olympics competitions and other programs for more than 8,000 athletes with intellectual disabilities, according to the state organization.

Participants can sign up online until the day of a given plunge and can sign up for plunges wherever they'd like, Special Olympics Minnesota spokeswoman Kaylee Shields said, adding with a laugh that they just can't be late.

They're also not bad spectator events, with the colorful get-ups, participants' faces of glee and horror at the moment of contact with the water, and their dashes for the warming tents after the plunge.

“I felt like a thousand knives were stabbing me in the back,” James Colwell of St. Paul said cheerfully last year at Prior Lake's event, adding he’ll be back this year. “It just makes you feel alive.”

Here are some of the upcoming events in our area in chronological order:

More information on events and how to participate is available at the Polar Plunge website, plungemn.org. Participants need to raise $50 or $75 each to join, depending on the event.

The donations have begun to roll in. Prior Lake's event had raised about $14,000 as of Jan. 9, with Prior Lake High School's boys basketball team chipping in about $2,800 so far. Lake Minnetonka's had raised almost $7,000.

Donations are accepted online throughout the plunge season, which can go until March or April, Shields said.

"Most of our donations happen online. We have a pretty slick system of donating via credit card," she added.

Anyone interested can also support the Special Olympics in other ways besides the plunges, including other fundraisers.

Several local police and sheriff's departments held torch-run fundraisers in the summer leading up to the state's summer games, said Detective Sgt. John Buetow with Shakopee Police, who has been organizing Special Olympics events for more than a decade.

Prior Lake Police also held their Tip-A-Cop fundraiser earlier this month, serving and busing tables at The Pointe for tipped donations.

Volunteers can always help with athletic events, too, Buetow said.

"Ultimately the goal for the Special Olympics is inclusion for these athletes in sports and in life in general," Buetow said, adding it's hard to find a more rewarding organization. "There’s always tons of opportunities for people to get involved."