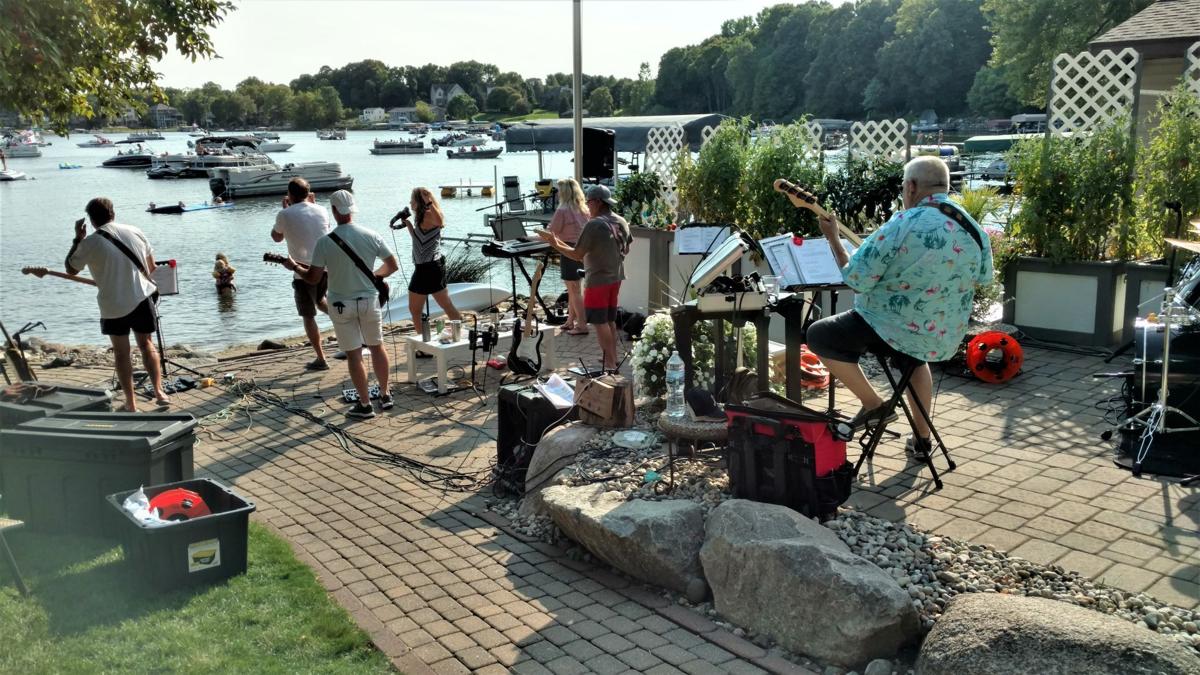 Mark Miller Band rocks out for attendees at the first annual Shake the Lake live music event on Grainwood Bay in Prior Lake. The music festivity is a boat-only event. 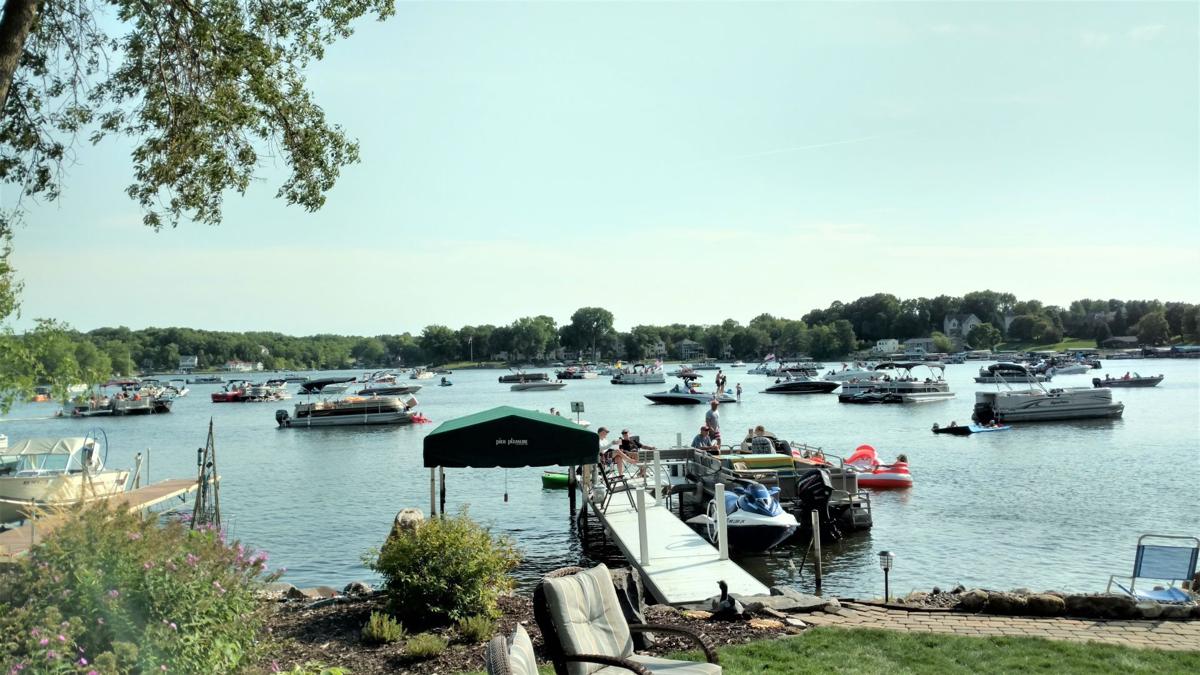 Community members gather together on their boats at Grainwood Bay to enjoy live music from Mark Miller Band during the inaugural Shake the Lake event. 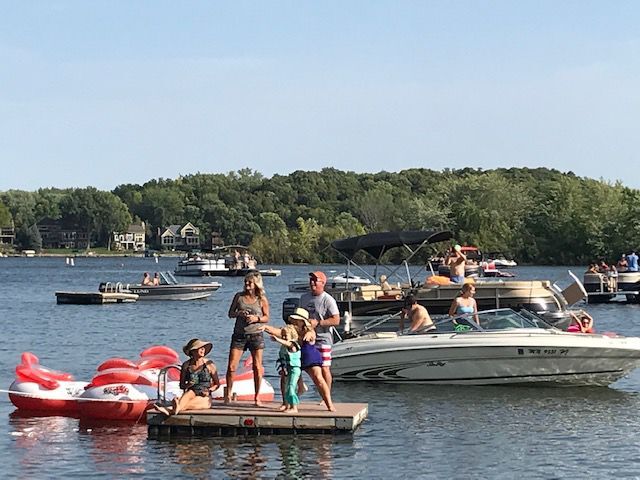 Community members sit out on the bay at Grainwood Bay in Prior Lake jamming out to Mark Miller Band during the 2020 Shake the Lake event. 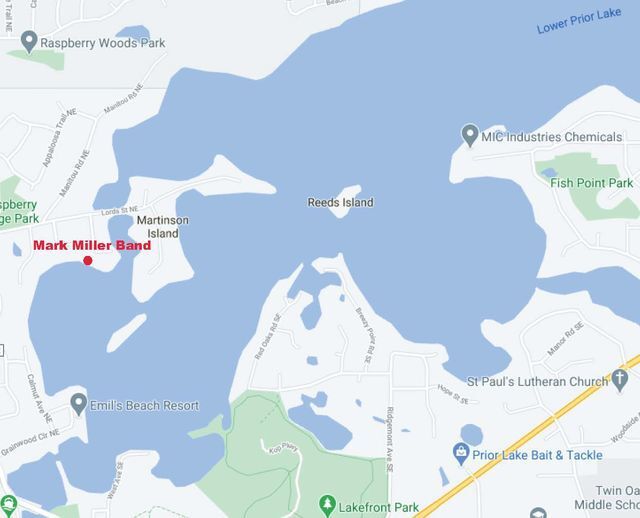 Mark Miller Band rocks out for attendees at the first annual Shake the Lake live music event on Grainwood Bay in Prior Lake. The music festivity is a boat-only event.

Community members gather together on their boats at Grainwood Bay to enjoy live music from Mark Miller Band during the inaugural Shake the Lake event.

Community members sit out on the bay at Grainwood Bay in Prior Lake jamming out to Mark Miller Band during the 2020 Shake the Lake event.

Plenty of lake-goers will celebrate summer's send off this Labor Day weekend by jamming out on their boats during the second annual Shake the Lake event on Grainwood Bay in Prior Lake hosted by the Mark Miller Band.

The Mark Miller Band has been a part of the Prior Lake and surrounding area music scene for the past 11 years.

"We're an eight-piece band with four vocals — two men and two women," said Mark Miller. "We're definitely a classic rock band and we play all the good stuff from the 70s, 80s, 90s and even a few contemporary surprises from time to time."

Miller said the Shake the Lake musical festivity started as a tribute to a band member's mother.

"It coincided with Pat Buse's (band member) mother (Gayle O'Brian) whose birthday was on Labor Day and she passed away from Alzheimer's a few years ago. So, we set up a link to the Alzheimer's Association in honor of Pat's mom," said Miller. "I think we raised $3,000 from people just out on their boats pulling out their phones and donated. It was really cool. The event is COVID-friendly and social distanced."

Miller said the Shake the Lake celebration was also created last year due to COVID-19 restrictions on live music events.

"During COVID we weren't able to play anywhere. All the bars weren't having bands and so one of our members lives on the lake and his backyard is on a big bay," said Miller. "So, we thought we can set up back there and play out to the bay and if you wanted to come all you to do was come on a boat."

Miller encourages everyone who has a boat, kayak or even a canoe to come out and get together with the community one last time before summer officially ends.

"The band will be on shore but the only way people can come is if they're on their boat and sit out on the bay," said Miller. "Sound carries over water and the acoustics are pretty good and goes pretty far. Everyone seemed to have a pretty good time last year. Here in Minnesota, Labor Day weekend is sort of the last hurrah for summer, as it is in a lot of places — people are coming back from vacations or coming back from their cabins."

Miller said last year's Shake the Lake event saw about 600 people out on the lake.

"It was fun for us to get to play. We must've had like 500 or 600 people out on boats. There were pontoons with 10 or 15 people being crazy and having fun," said Miller. "We even saw the sheriff stop by and watch us for a while so everybody was having a good time. It was sort of the only way we could play last summer. We certainly weren't playing indoors anymore."

How the pandemic changed the music scene

Miller said since the pandemic started, musicians have had to look at different alternatives to continue their livelihood and passion.

"A lot of the places we used to play still aren't having bands indoors yet. During the summer there's a place in Eden Prairie called Champs Sports Bar, they have a big outdoor patio where we play quite a bit in the summer but it's been really different," said Miller. "Last year we only played two or three times.

"The even harder thing for us was we didn't practice together for over a year. We used to practice once a week, but it was in an enclosed space so we didn't practice for about 14 months. Anywhere we played like our event last year in Prior Lake, was a chance for us to play together again. It was a tough year on that front, whether it was practicing or performing."

Miller said their schedule has slowly been filling up again but most venues are still not welcoming back live bands.

"We have a little bit of a full schedule this summer but still not as much. This winter is going to be a little iffy," said Miller. "One of the places we used to play, one of our members went and said the stage isn't even there anymore. They just took it down because they're not having bands yet."

Miller said he looks forward to rock out with his band again and hopes the event will be as successful as it was last year to carry on the tradition.

"It's a great time to hear some great live music and enjoy the last weekend of summer, plus the price is right," said Miller. "We look forward to sharing our music. What drives us the most is the reaction we get from people, it's very energizing even out on the lake. Boats are honking their horns and the crowd feedback is always the thing you miss the most next to playing together."