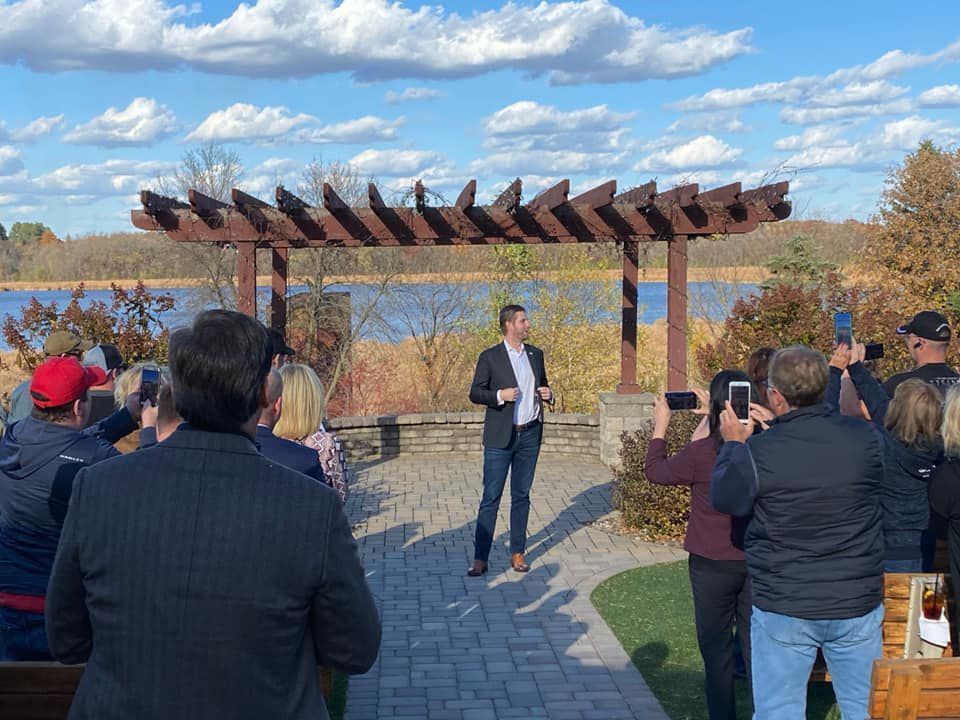 President Donald Trump’s son Eric Trump speaks to a crowd of around 70 people at the Minnesota Horse and Hunt Club in Prior Lake on Oct. 13 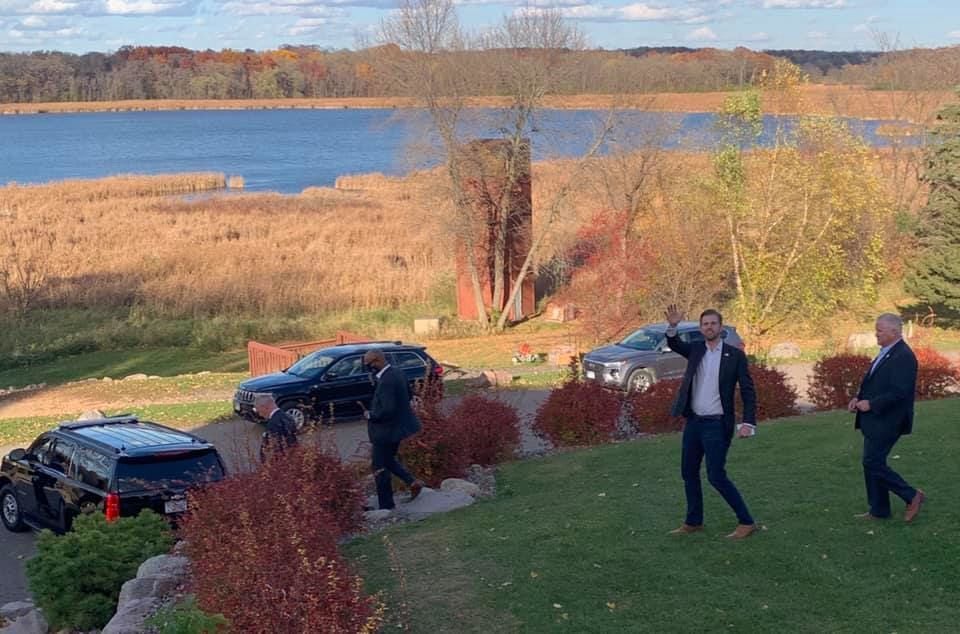 Eric Trump waves to those who attended his private event at the Minnesota Horse and Hunt Club Oct. 13.

President Donald Trump’s son Eric Trump speaks to a crowd of around 70 people at the Minnesota Horse and Hunt Club in Prior Lake on Oct. 13

Eric Trump waves to those who attended his private event at the Minnesota Horse and Hunt Club Oct. 13.

The Minnesota Horse and Hunt Club in Prior Lake was one of Eric Trump’s three stops as he visited Minnesota last week.

President Donald Trump’s son made his first Minnesota stop at a Blakely brewery on Tuesday, Oct. 13 before making his way to a private event at the Prior Lake club.

State Representative Tony Albright contacted the club and asked if they were interested in hosting someone from the Trump campaign, though they were not told who exactly it would be until the evening before, said David Penn, owner of The Minnesota Horse and Hunt Club.

“It was fun. It was a neat chance for the club to do it. Eric’s an avid outdoorsman, avid shooter,” Penn said.

Around 70 people attended the private, invite-only event, which was held outdoors at the club’s wedding pavilion.

During his brief visit to the club, Trump addressed the crowd noting religion and the importance of the Second Amendment to him as a sportsman.