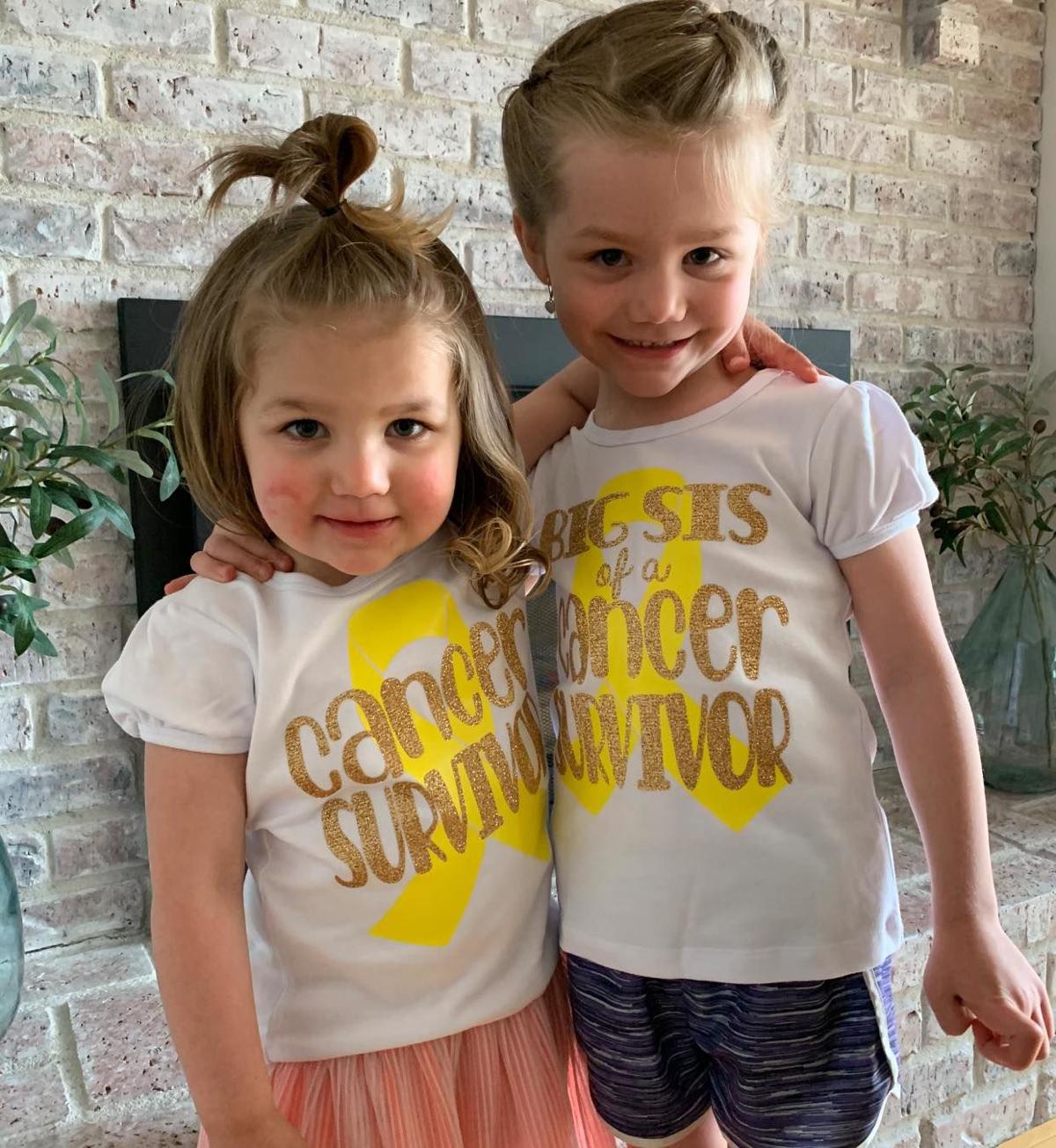 Mabel, 3, and Meadow Franks, 5, pose in celebratory shirts after Mabel took her final chemotherapy pill on Sunday, April 26. The pill marks the end of over two and a half years of treatments after Mabel was diagnosed with acute lymphoblastic leukemia. 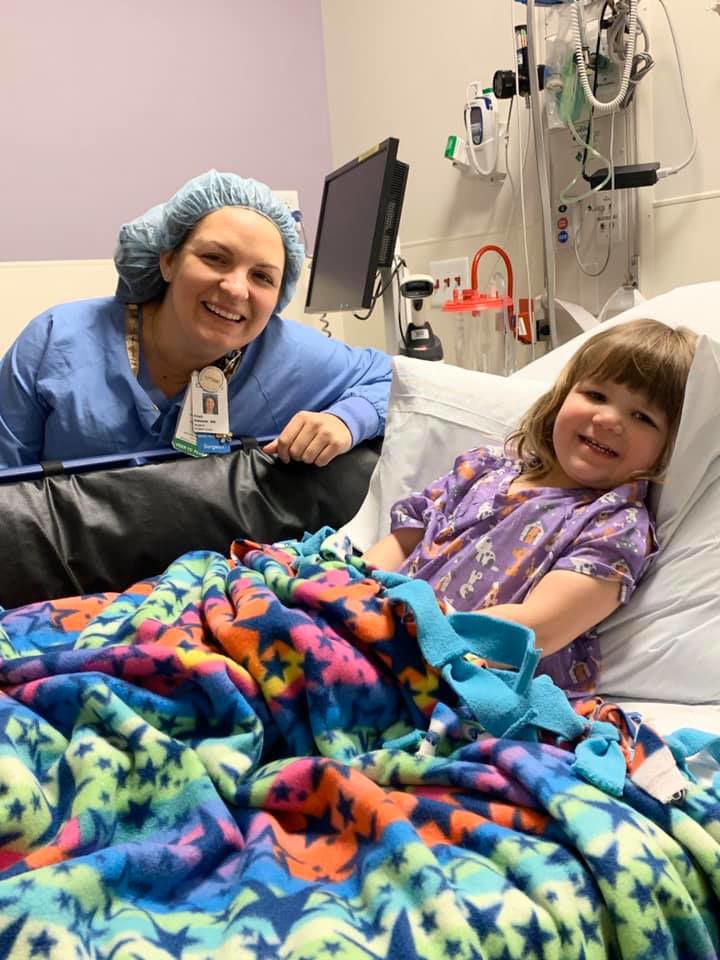 Mabel smiles with a member of her Children’s Minnesota care team during a hospital visit in March. Much of Mabel’s care has transitioned to telemedicine appointments and in-home tests since the outbreak of the coronavirus.

Mabel, 3, and Meadow Franks, 5, pose in celebratory shirts after Mabel took her final chemotherapy pill on Sunday, April 26. The pill marks the end of over two and a half years of treatments after Mabel was diagnosed with acute lymphoblastic leukemia.

Mabel smiles with a member of her Children’s Minnesota care team during a hospital visit in March. Much of Mabel’s care has transitioned to telemedicine appointments and in-home tests since the outbreak of the coronavirus.

When 3-year-old Mabel Franks heard the sirens, she ran back to her father, Micheal Franks, worried that she was in trouble for playing in the street.

What Mabel didn't know was that it wasn't a scolding but a parade to celebrate the toddler's triumph over cancer. After almost 800 days of treatments, Mabel took her last chemotherapy pill on Sunday, April 26.

Mabel was diagnosed with acute lymphoblastic leukemia — a blood and bone marrow cancer that attacks white blood cells — in February 2018. Meagan Franks, her mother, said the diagnosis came as a shock but wasn't totally unfamiliar to the family.

Jim Franks, Mabel's paternal grandfather, has survived five bouts of leukemia and is currently in remission.

"We went from paralyzing fear to fight mode within a couple days because we just had no other choice," Meagan Franks said. "You'll do anything to save your kid."

"All the amazingly difficult things that have had to happen to her — you know, you look at her, and she's just bounces like a little kangaroo," Joan Franks said. "She's full of life, and we're just so lucky."

Mabel's mother said that the last two years had fallen into a steady routine of hospital stays and intravenous chemo treatments, then later monthly clinic visits and pills.

When Mabel's care team at Children's Minnesota reached out to the family in February about the coronavirus, the family took their daughter's care to another level. The virus is particularly dangerous for people with compromised immune systems and other health issues, according to the Centers for Disease Control and Prevention.

For the last few months the family has been on lockdown: They've stopped in-person visits with relatives and friends, stayed at home, had all of their groceries delivered and pulled Mabel's 5-year-old sister, Meadow, from preschool.

"We were on high alert with her immune system before, but this just made it a whole lot more real and serious," Meagan Franks said.

"If any one of us brought (the virus) to Jim or brought it to Mabel, that could be it," Joan Franks said. "We're all kind of walking on eggshells at all times trying to make sure we're doing all of the correct things but still trying to live."

A new routine has emerged for the Franks, one with telemedicine visits with the care team and visits from a nurse who does in-home blood draws to make sure Mabel's immune system is healing.

Joan Franks said not being able to hug or watch her granddaughters play and grow has been difficult but necessary. She said she's appreciated the direction from the state, which she feels is keeping immunocompromised families like hers safe through the pandemic.

When Franks called her son and learned that the coronavirus might cancel the family's chance to celebrate Mabel's final chemo pill, she knew she had to find a pandemic-proof plan worthy of the occasion.

With the help of her son and daughter-in-law's friends, Joan organized the parade. A 60-car column headed by the Prior Lake fire and police departments lead a plethora of high school friends and family members down the street and cul-de-sac in front of the Franks' home.

"It was overwhelming, because you know you have support, but when you see everyone coming together for you just to drive by and wave at you and then drive back to their house — it was just touching" Meagan Franks said.

"We felt the love for sure."