Supporters of President Donald Trump are seen gathered outside the U.S. Capitol building in Washington, D.C. on Jan. 6 at 2:25 p.m. 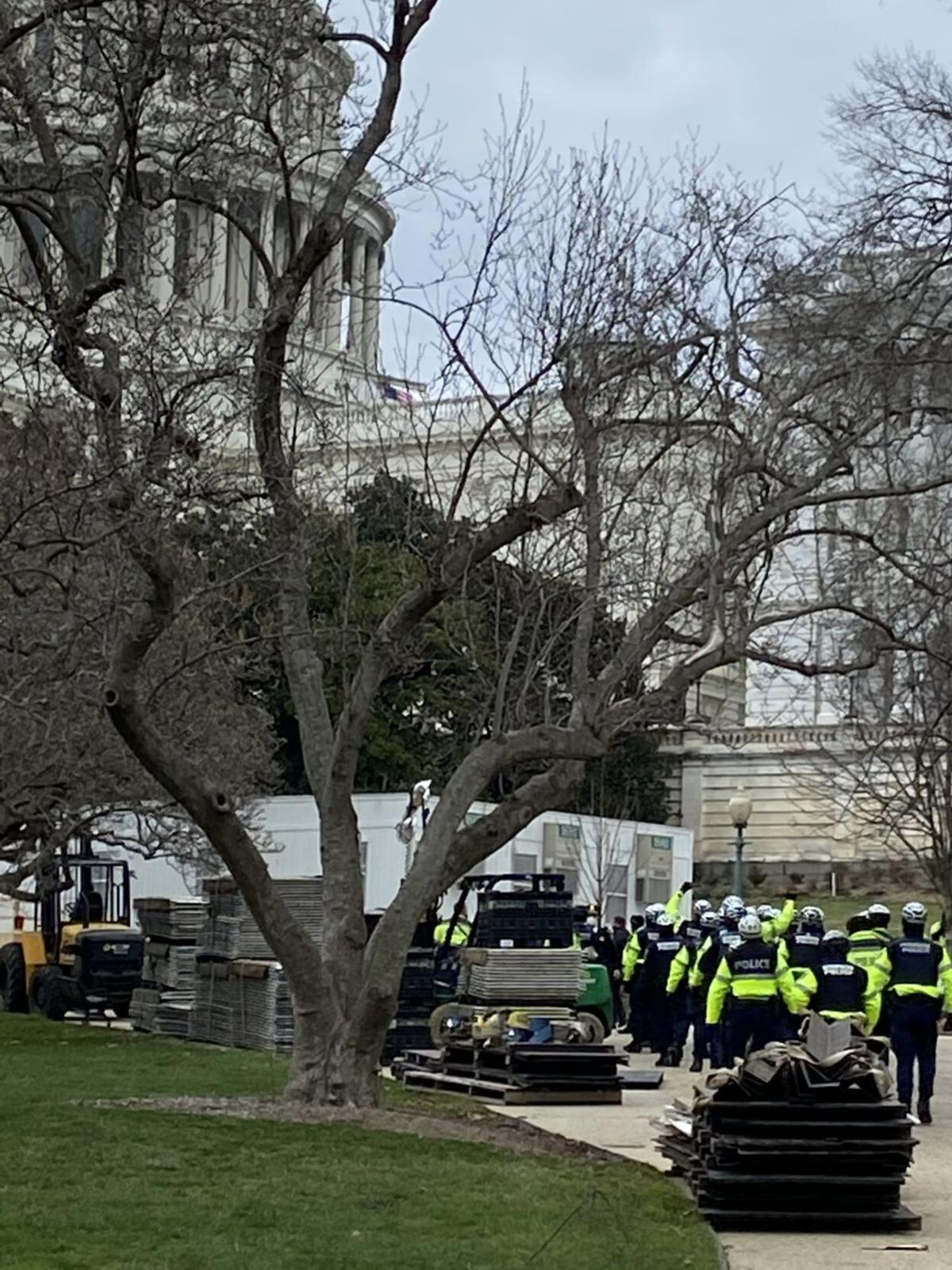 Capitol police head for the other side of the Capitol building where protestors were pushing past barriers and police just after 1 p.m. 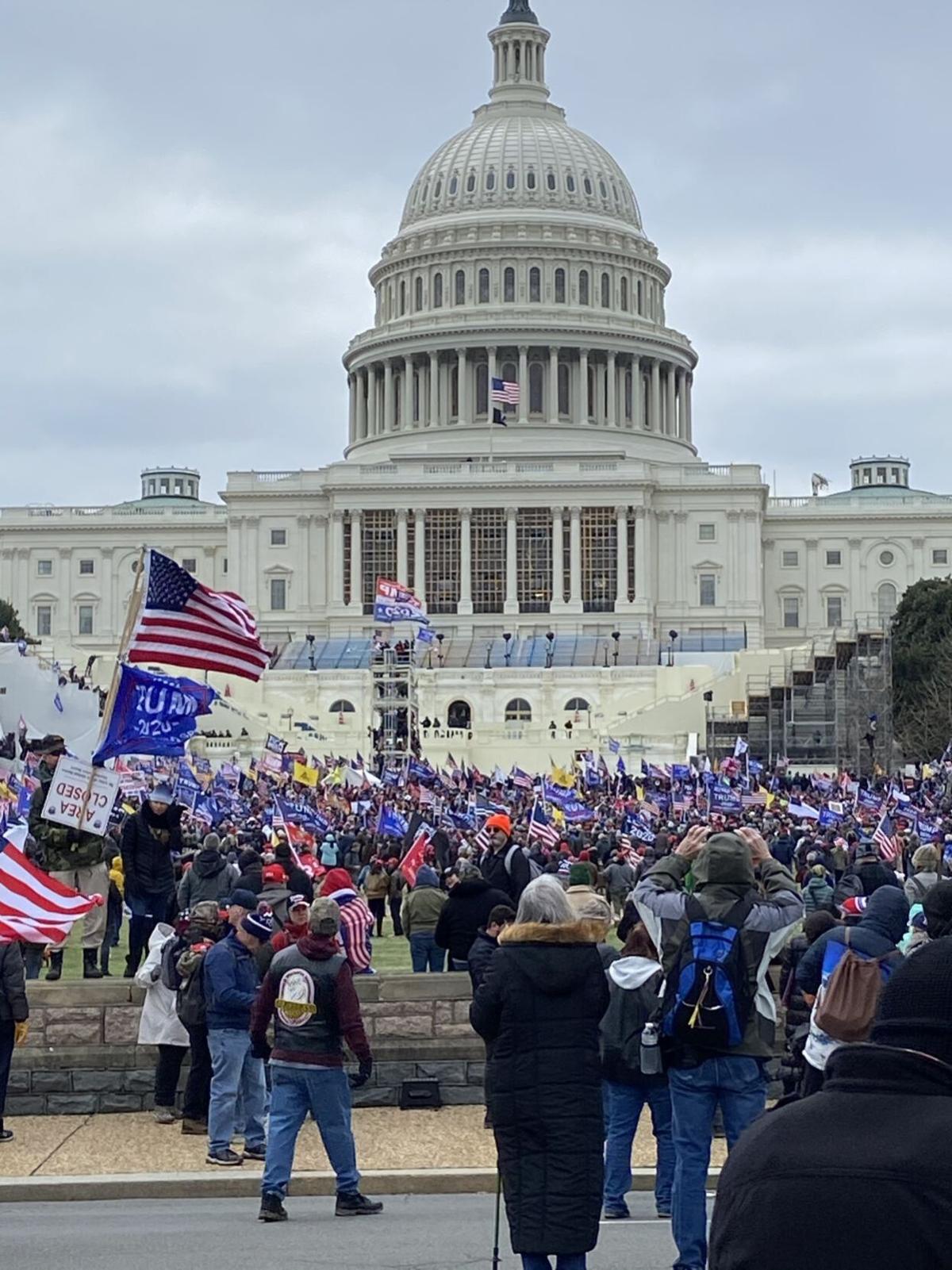 The crowd outside the Capitol Wednesday, Jan. 6 was made up of individuals of all ages, many in American-ware, Melissa Enger said. She was not a witness to the rioting that took place at the Capitol.

Supporters of President Donald Trump are seen gathered outside the U.S. Capitol building in Washington, D.C. on Jan. 6 at 2:25 p.m.

Capitol police head for the other side of the Capitol building where protestors were pushing past barriers and police just after 1 p.m.

The crowd outside the Capitol Wednesday, Jan. 6 was made up of individuals of all ages, many in American-ware, Melissa Enger said. She was not a witness to the rioting that took place at the Capitol.

It marked the first time the U.S. Capitol has been stormed since the War of 1812.

Among those in D.C. was former Prior Lake-Savage Area Schools board member Melissa Enger and three other women from the southwest metro suburbs.

Enger heard of the rally that was to take place just days before and took a road trip to Washington, D.C.

“We wanted to be part witness to the activities of the day with the joint session of Congress for Jan 6. It's a very historic time,” Enger said.

At 8 a.m., she arrived at the Ellipse, a park near the White House where Trump was scheduled to address the crowd at 11:30 a.m.

“(It was) just a wonderful assembly of all these folks. Families, people with babies and strollers, you had senior citizens, some with oxygen tanks and wheelchairs. It was just very family oriented,” Enger said.

Following the rally, Enger and the group walked down Constitution Avenue to Pennsylvania Avenue toward the Capitol building.

“We were walking toward the Capitol and we remarked how eerily quiet it was,” she said.

Enger’s group was one of the first to arrive at the lawn of the Capitol where scaffolding for the inauguration ceremony had already been set up.

In the early afternoon, protests at the building turned to rioting and a crowd pushed through barriers and Capitol police, entering the building.

And around 1 p.m. Enger said she saw Capitol police running by, but the energy of the crowd surrounding her never changed, she said.

Enger said it was a "peaceful assembly" for such a size that she's ever been involved with. She added there was "a small fringe group" on the other side of the building doing "nefarious acts," but that their actions didn't represent the day — or the crowd — overall.

While present at the Capitol building for approximately two and a half hours, she had heard reports of what was taking place but didn’t see anything through the crowd.

Upon hearing of D.C. Mayor Muriel Bowser’s curfew, her group returned to their row house.

Those who participated in the violence at the Capitol are not a representation of the entire crowd, Enger said.

“Anyone that's going to storm a federal building is going to expect to run into resistance and that's not anything that we would ever have done or anybody that was there that day. It was awful and they shouldn't have done that,” Enger said. “They’re going to face resistance and rightfully so, because people that are President Trump supporters or Constitution supporters, we don't do that. We don’t walk in with anything and expect to harm anybody. It was a great day.

You'd never know anything was going on.”

While in the car on the way on the way back to Prior Lake from D.C., Enger said she was glad to have gone and to be “a part of watching the political history play out.”