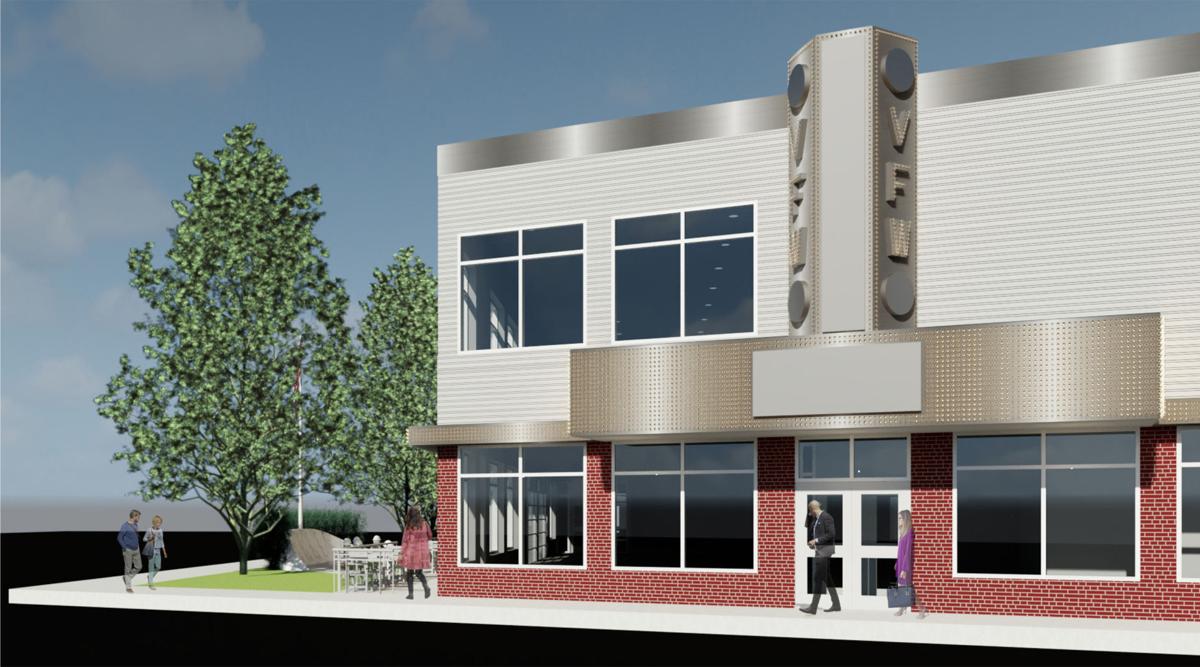 One possible design concept for a new VFW building is a two-story structure with upgraded amenities like a large banquet space on the upper level. 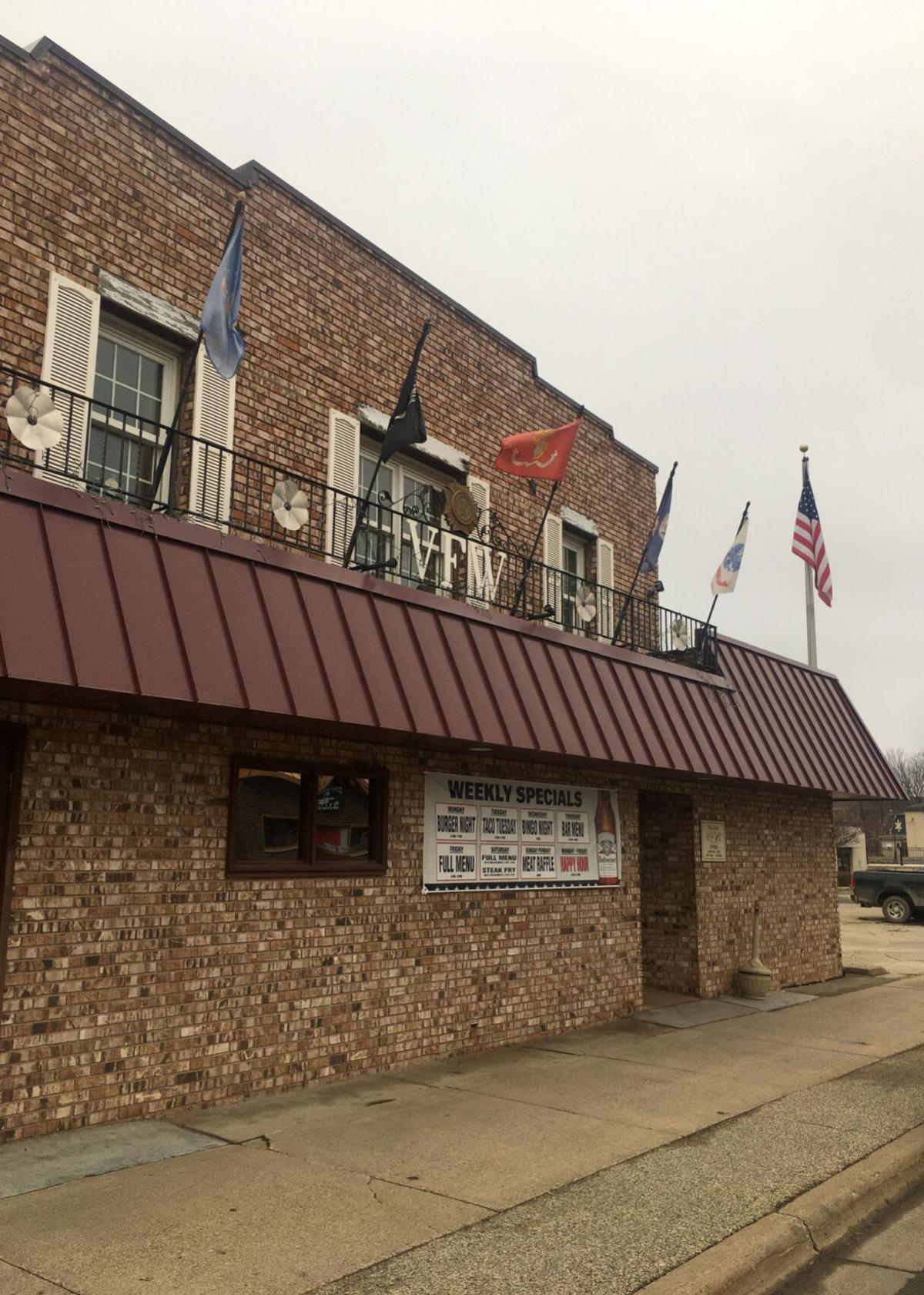 Plans to replace the Prior Lake VFW Hall this year have been put on hold.

One possible design concept for a new VFW building, located at the northwest corner of the Pleasant Street and Main Avenue intersection. 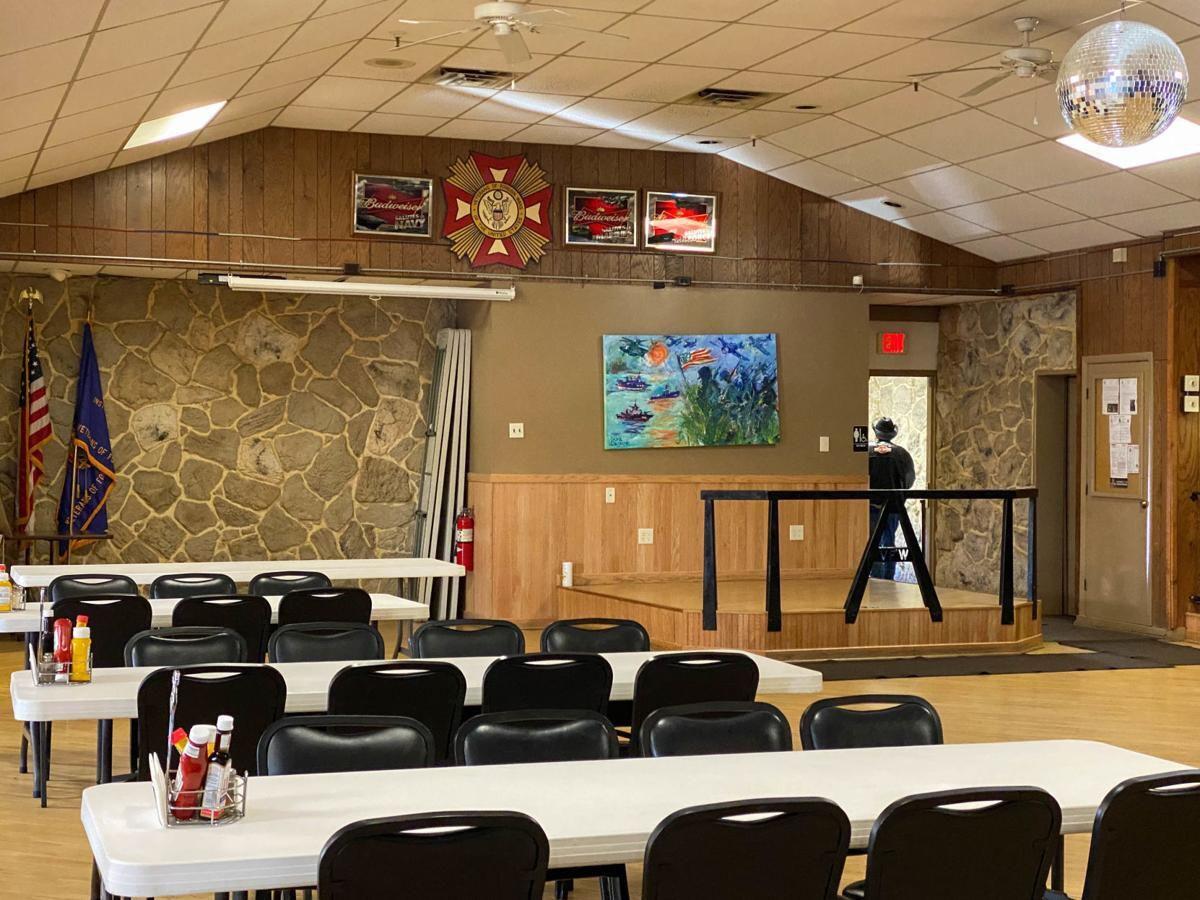 The building that houses the Prior Lake VFW Hall was constructed in the mid 1900s. Part of a downtown Prior Lake redevelopment plan includes the construction of a new two-story VFW building just south of the current location.

One possible design concept for a new VFW building is a two-story structure with upgraded amenities like a large banquet space on the upper level.

Plans to replace the Prior Lake VFW Hall this year have been put on hold.

One possible design concept for a new VFW building, located at the northwest corner of the Pleasant Street and Main Avenue intersection.

The building that houses the Prior Lake VFW Hall was constructed in the mid 1900s. Part of a downtown Prior Lake redevelopment plan includes the construction of a new two-story VFW building just south of the current location.

A proposed commercial and mixed-use residential redevelopment project on the south side of downtown Prior Lake has been put on hold due to rising material costs and the inability to secure sufficient property.

The project — led by the Beard Group, a local developer, the Prior Lake VFW and the City of Prior Lake — was still in the concept stages. Planned developments include a new four-story multi-use building with retail space on Main Avenue, market rate apartments along Main Avenue and Colorado Street and a new VFW building at the corner of Pleasant Street and Main Avenue.

Casey McCabe, community development director, said a number of factors led to the decision to pause the project.

“First, the COVID slow down of 2020 put the project on hold and then as we were ramping back up, there was an increase in construction costs and difficulty securing the necessary land,” McCabe said.

Jason Wedel, city manager of Prior Lake, said when the concept was started about two years ago, prices were much lower than they are now.

“Lumber prices were a lot different and construction materials were a lot less,” said Wedel. “So, there’s a lot of compounding factors. It wasn’t just not being able to close on a house, it was some of these other costs too. I think (by) putting this on pause the pricing won’t be as crazy as it was this year and maybe it will stabilize again.”

“It would have been funded by the private development company, the Beard Group, it was going to fund their portion of the project,” said McCabe. “The VFW was going to fund theirs with proceeds from the sales of their existing properties and then private funding. Then the city was likely to consider the use of redevelopment tax increment financing to assist with project costs.”

McCabe added that if the Beard Group had acquired one of the homes and other certain properties needed to build the multi-use building, apartments and new VFW, the project would have moved forward and the new VFW facility would have started construction right away.

The need for a

new VFW facilityEd Speiker, CFO for the Prior Lake VFW and committee chairman for the project said the current VFW building is almost 100 years old and is need of a new upgrade.

“It was made as a wood structure in the 1930s as a movie theatre and they converted to a VFW and a restaurant bar in the early 60s,” said Speiker. “It had many remodels to it and many upgrades. It has a nice brick front right now but there’s all kinds of underlying issues with the building that are very costly.”

Wedel agreed that the current VFW facility is due for a massive overhaul.

“The maintenance and the repairs needed for that building are pretty significant and they just seem to keep putting more and more money into it in an older more obsolete building. It’s not very cost effective,” said Wedel. “They need to make something new.”

In a city press release, David Chromy, president of the Economic Development Authority, stated although he is hopeful the project will continue on in the future.

“While disappointed in the need for a pause, the collaborative effort over the past year gives confidence to the prospect for a new home for our VFW along with commercial growth in our downtown,” Chromy said.

up on this area”Even though the redevelopment project is on hold, Wedel said, reconstruction of the streets and utilities in the downtown area south of County Highway 21 along portions of Pleasant Street, Main Avenue and Colorado Street remains on schedule and is anticipated to be completed in 2022. This project will include replacing watermain, sanitary sewer, storm sewer, roadway base and pavement.

“Next year, the city is still moving forward with our reconstruction of the utilities and streets downtown. We’re still moving forward with that part of the project because that was needed regardless if we were going to do a redevelopment project or not,” Wedel said. “There’s watermains that were installed under the streets in the 1930s. It’s old and it’s deteriorating and we’re having watermain breaks issues with the pipes.

“We’ll also do some landscaping elements like nicer sidewalks, street lighting and some of the things that are similar in the north side of the downtown to make the south side look more attractive,” he added. “I think it will entice other developers to want to look at that area.”

Wedel said the revitalization of downtown Prior Lake is economically crucial to the community to increase more business and revenue in the city. He said the vast majority of the city’s tax base is residential and he would like to see more commercial development.

“We want to see a very economically, viable and stable downtown that serves the needs of our city,” Wedel said. “Our downtown has made a lot of improvements over the years and you can see that. There’s a lot of activity now in downtown especially in the evenings and the weekends, that wasn’t there before. We’re not giving up on this area, we’re going to continue to move forward and look for ways to see that property be developed.”