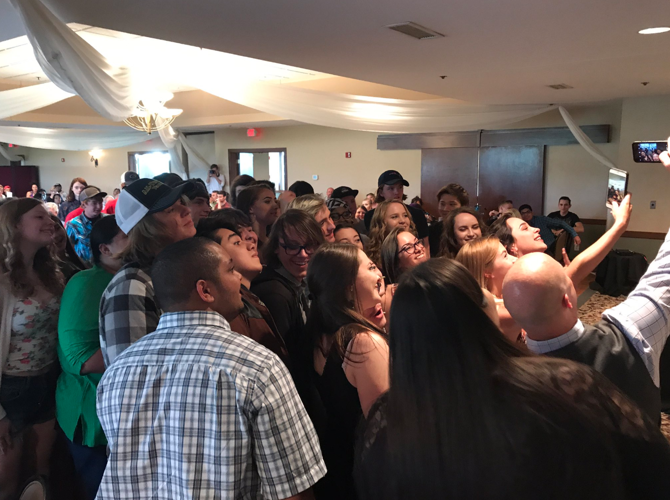 Students pose for a picture with Bridges Area Learning Center Coordinator David Brown at the senior recognition banquet on June 4 at The Wild Golf Club. Students who graduate from Bridges ALC receive a Prior Lake High School diploma. 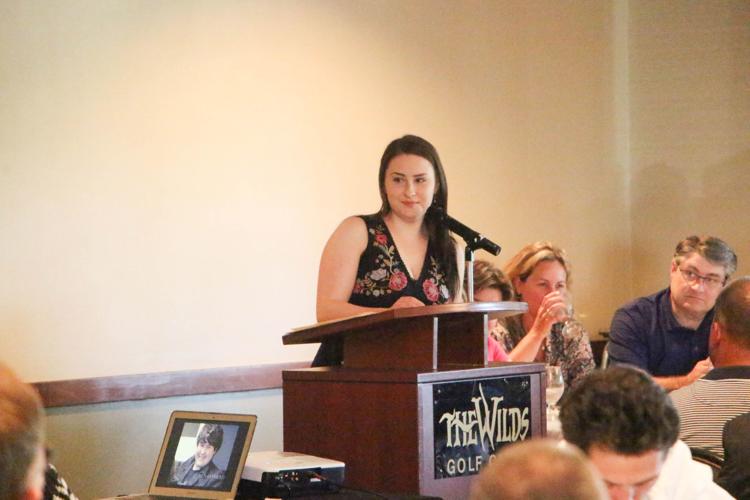 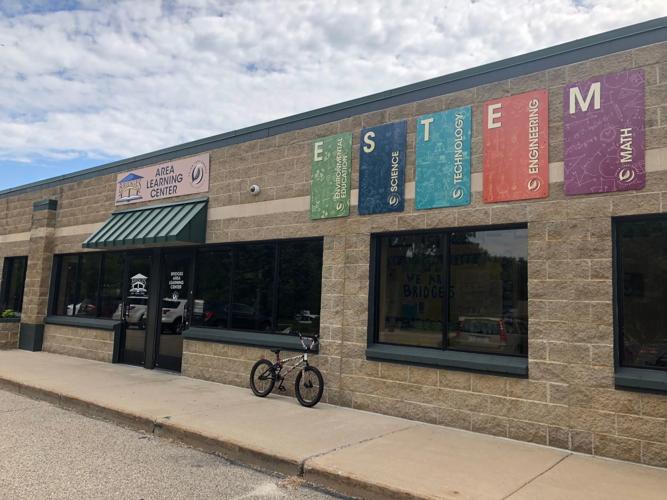 The Bridges Area Learning Center began in 2009 as an alternative high school program for the Prior Lake-Savage Area School district. Bridges ALC will receive a new, $4.3 million building next year as part of the bond referendum approved by voters in November 2017.

Students pose for a picture with Bridges Area Learning Center Coordinator David Brown at the senior recognition banquet on June 4 at The Wild Golf Club. Students who graduate from Bridges ALC receive a Prior Lake High School diploma.

The Bridges Area Learning Center began in 2009 as an alternative high school program for the Prior Lake-Savage Area School district. Bridges ALC will receive a new, $4.3 million building next year as part of the bond referendum approved by voters in November 2017.

When she was a freshman in high school, Marlo Torrence was addicted to heroin, on top of struggling with social anxiety.

At the time, Torrence said she didn't think she was going to live much longer, much less graduate.

Now nearly two years sober, Torrence will walk with her peers across the stage to accept her Prior Lake High School diploma, thanks to Prior Lake-Savage Area Schools' alternative high school program, the Bridges Area Learning Center.

"I'm one-and-a-half years sober and I really wanted to graduate — that was my goal," Torrence said. "I worked really hard and I made sure I was able to do it because I really wanted it."

Bridges ALC began in 2009 and currently serves about 100 students. The program offers small class sizes, make-up days, an on-site social worker and counselor and online classes to help students who struggle in a traditional learning environment to graduate, rather than drop out. When they graduate, students receive a Prior Lake High School diploma.

"Seeing students come here and be able to overcome those barriers, it's just a great testimony to them, to their resilience, to their grit and to their determination," Bridges ALC Coordinator David Brown said. "They know the significance of a diploma."

Students come to the school for a variety of reasons. Torrence had missed a lot of school due to addiction and treatment and needed to recover the credits. Bridges ALC senior Samuel Stolt said he was failing classes at the high school after the death of a close friend.

"After two weeks, I settled in," Stolt said. "Being here has given me a different perspective than you would at a normal high school because there's a lot more opportunity to speak your own opinion and express yourself."

Bridges ALC senior Emily Anderson said she started attending the program after anxiety forced her to do online schooling for a year.

"The high school is really big and you're just able to come in (to Bridges ALC) and a lot of people deal with the same thing," Anderson said. "It's helped me with being able to talk to my teachers and getting my grades in and getting to the point of graduating — they've helped me with so much here, from assignments to life lessons."

Torrence said the teachers helped with her anxiety and depression as well.

"The small school helped, but what really helped was the teachers and the upbeat environment," Torrence said.

Bridges ALC senior Nathan Duncan said he was so behind at the beginning of the year that he didn't think he'd be able to graduate this year.

"Graduating means that I've exceeded my expectations at the beginning of the year," Duncan said. "I didn't think I was going to be able to do it this year. To me, it means I made it."

There is a stereotype about alternative schools, Duncan said.

"There's a lot of talk about what Bridges is at the high school, that it's all full of drugs and the bad kids — that's not what it is at all," Duncan said. "The kids here — there are friend groups, obviously — but there's not anybody excluded from anything. Everybody fits together."

Brown said the students are not bad students, nor troubled.

"The key factor here is they're all non-traditional learners," Brown said. "Being at Bridges, it's a peaceful, it's a positive, it's a productive environment that it's just super amazing to be a part of."

This year, the graduating class from Bridges ALC was about 60 students, who were all honored at a senior recognition banquet on Monday. Torrence received the "Bridges Student of the Year" award.

"I just really appreciate this school," Torrence said. "I didn't think I was going to live this long, so graduating is a big deal personally because it shows I can amount to something and do something with my life. I'm very excited and proud of myself."

Bridges ALC will receive a new, $4.3 million building next year as part of the bond referendum approved by voters in November 2017. The new building will allow about 30 more students to join the program.

"From a district level, it's so nice to see a district living its mission to educate all learners to reach their full potential," Brown said. "I know all the obstacles and challenges that all my students had to overcome and work through. Many are very, very significant."

Anderson said she plans to go to a community college and transfer to a university after two years. Stolt said he'd like to get into the fitness industry. Torrence said she's planning on becoming a veterinarian. Duncan plans to get his heavy equipment operator license — all futures that might not have been possible without Bridges ALC.

After teaching at Bridges Alternative Learning Center for four years, David Lawson is acutely aware of the common misconception that Bridges i…