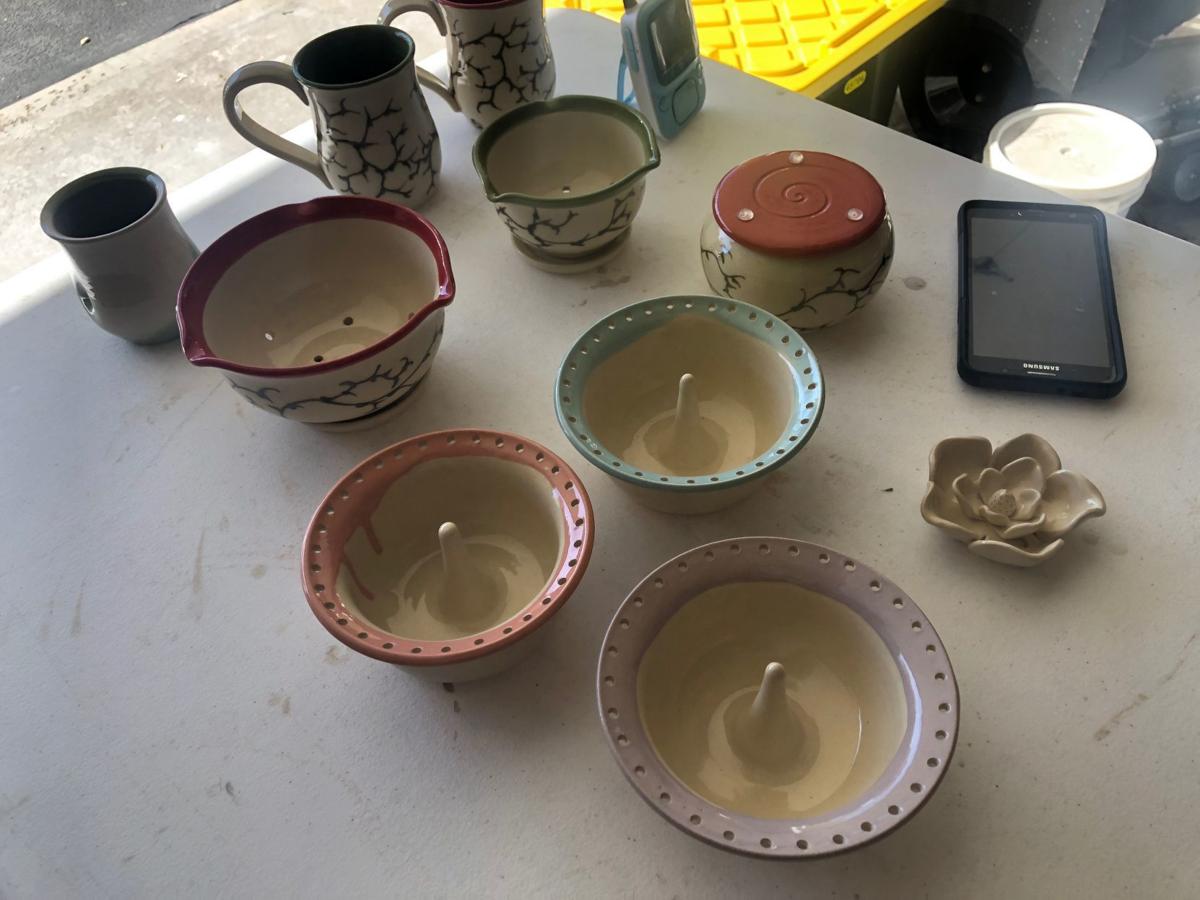 Yvonne Asp-Grahn makes small pottery pieces as part of her business, Pleasant St. Pottery, out of her home in Prior Lake.

Prior Lake American reporter Maggie Stanwood attempts to make a mug on a pottery wheel at Pleasant St. Pottery in Prior Lake. 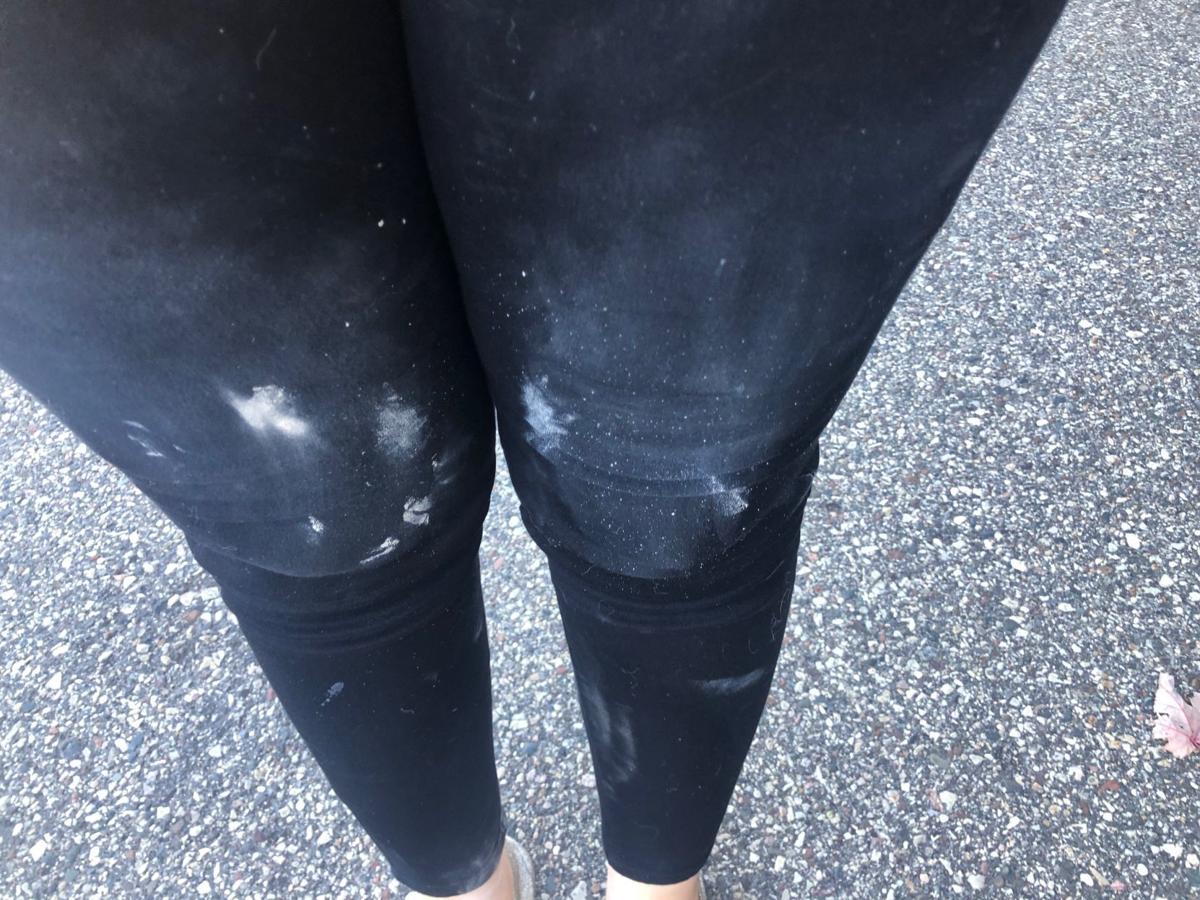 Yvonne Asp-Grahn makes small pottery pieces as part of her business, Pleasant St. Pottery, out of her home in Prior Lake.

Prior Lake American reporter Maggie Stanwood attempts to make a mug on a pottery wheel at Pleasant St. Pottery in Prior Lake.

As winter nears, most of Minnesota — excluding the weirdos who like possibility of their extremities falling off — draws indoors.

So, too, does “I’ll Try Anything Once.” Not to say I wouldn’t try an outdoor winter sport here or there, but prepare for most of these columns to be indoor activities until around March.

Which brings us to making pottery.

When the leaves began to change and I had to break out the winter coat because I am perpetually cold (great choice to live in Minnesota), I posted some photos of the “I’ll Try Anything Once” summertime adventures on Facebook. In the comments, Prior Lake Mayor Kirt Briggs suggested I try pottery and gave me the names of a few local potters.

What started as a hobby escalated quickly into a small business, complete with an electric kiln in the garage. Now Asp-Grahn sells small pottery pieces such as wall flowers, mugs and jewelry pots at fairs across Minnesota and on her Etsy, though nothing is for sale online at the moment, as Asp-Grahn said she needs time to make more items.

Asp-Grahn had also never taught pottery to someone else, but agreed to give it a shot for the local newspaper reporter. It happened to be warm enough on the afternoon I went that we didn’t have to break out the heater — Asp-Grahn works out of her garage, even in the winter.

Asp-Grahn listed off various methods of pottery-making and assured me that I would try them all before asking which I would like to try first. I chose the pottery wheel, because of course. Asp-Grahn showed me how to use it, and it seemed easy enough.

It was not easy.

To start off, I slapped a chunk of clay in the middle of the turntable and attempted to “center” it, meaning to smooth out lumps and bumps with water, spinning and pressure from the hands. If there are lumps and bumps and you aren’t applying enough pressure to make the clay conform to your hand, it shakes your body like you’re a dog after a bath.

The shaking was fun, but not the point.

I did this for a few minutes until Asp-Grahn stepped in to finish the centering, though she said (and almost sounded convinced) that I had very nearly done it. She then made a few indents in the top of what would be a misshapen mug and allowed me to form out the walls.

With the wheel spinning, I locked my thumbs together and put a hand on each side of the mug wall. I then pinched the wall with my middle finger in order to push the clay upwards and motivate the clay to become a mug, all while throwing water onto the spinning mass on occasion.

With each pinch and drag of the fingers, the sides of the mug worked toward the air, with Asp-Grahn stepping in a few times to flatten the top. The ideal, Asp-Grahn said, is to have the wall down to one-quarter inch of clay and then to have the mug be six inches tall.

I believe I reached about four inches tall, but did have the wall about an equal width all around. We counted that a victory and moved on to the next method — making a coil pot.

Asp-Grahn said that coil pots are an old method of making pottery, where people would strip clay from soil and fire the bowls and cups in a literal fire. This method consists of taking chunks of clay and rolling it into thick strips.

Once the strips are thick enough, you stack them on top of each other until a bowl or cup shape is roughly formed. You then drag your finger up or down the clay to smooth the coils together and voila — a cup or bowl is formed.

The last method was making a pinch pot, which is essentially pinching a ball of clay until it forms (most often) a bowl. You just pinch, pinch, pinch until you’re like, “Yeah, this is a bowl.”

Of all the methods, I believe I liked pinch pots best, because there’s no frills to it. You just pinch it until it’s what you want, much like life. Throwing clay on the wheel was a close second, as that’s the quintessential potters experience.

Would I do it again?

I would. One of the aspects I liked the most was that because my hands were dirty and I was focusing on the project, I was not able to check my phone as easily as if I were painting or cross-stitching.

That being said, pottery does seem to be a more material-intensive craft in that you at least need clay, glaze and a way to fire it. If you’re more into throwing on the wheel, then you’d need access to a wheel. But if there were a class or a group and I wanted a break from the phone and some time to focus, I would do it again.

I'll Try Anything Once: Snowmobiling

Despite my growing up just one state south, Minnesota seems foreign to me sometimes — for instance, when I stepped cautiously onto a frozen la…