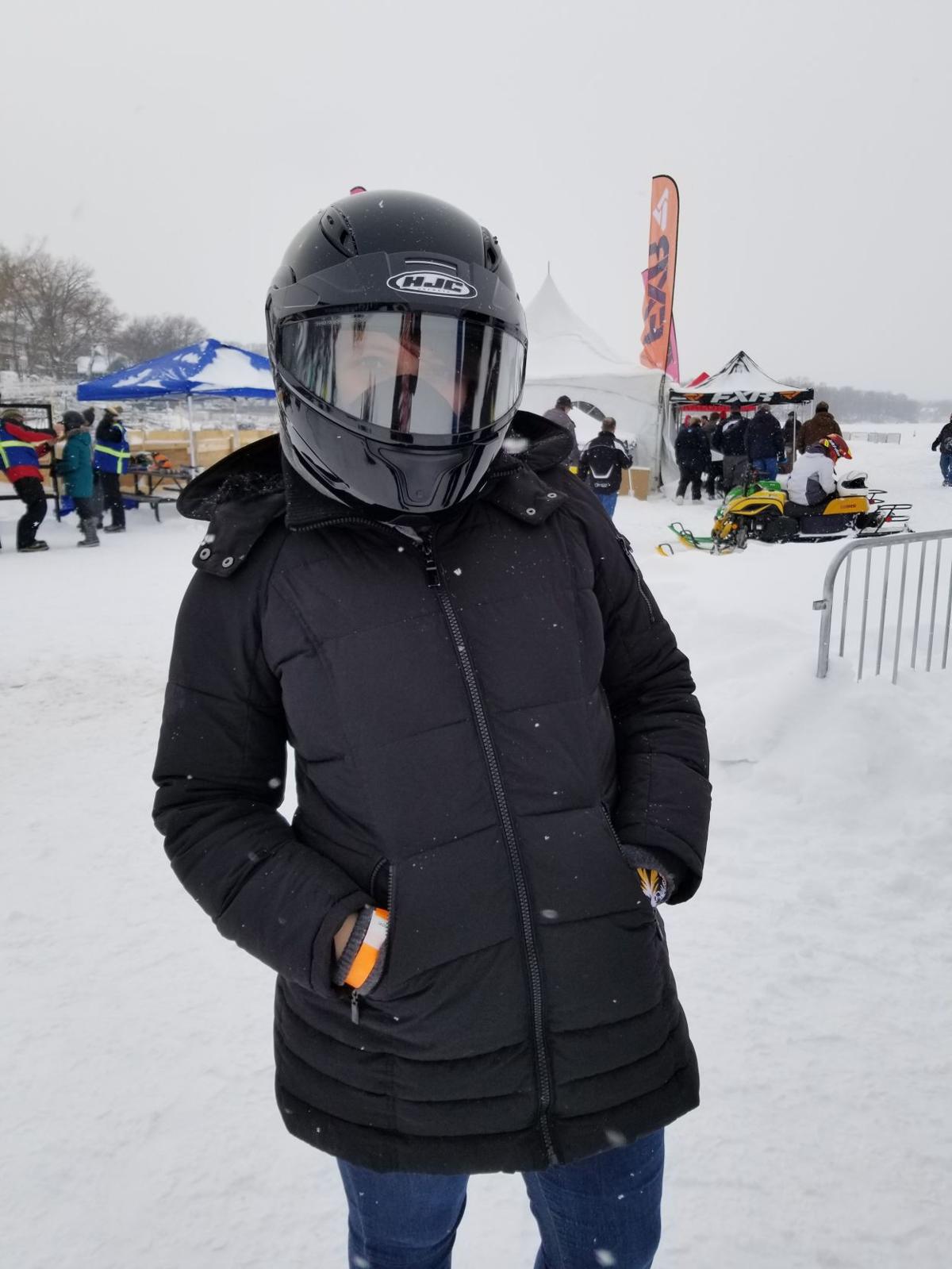 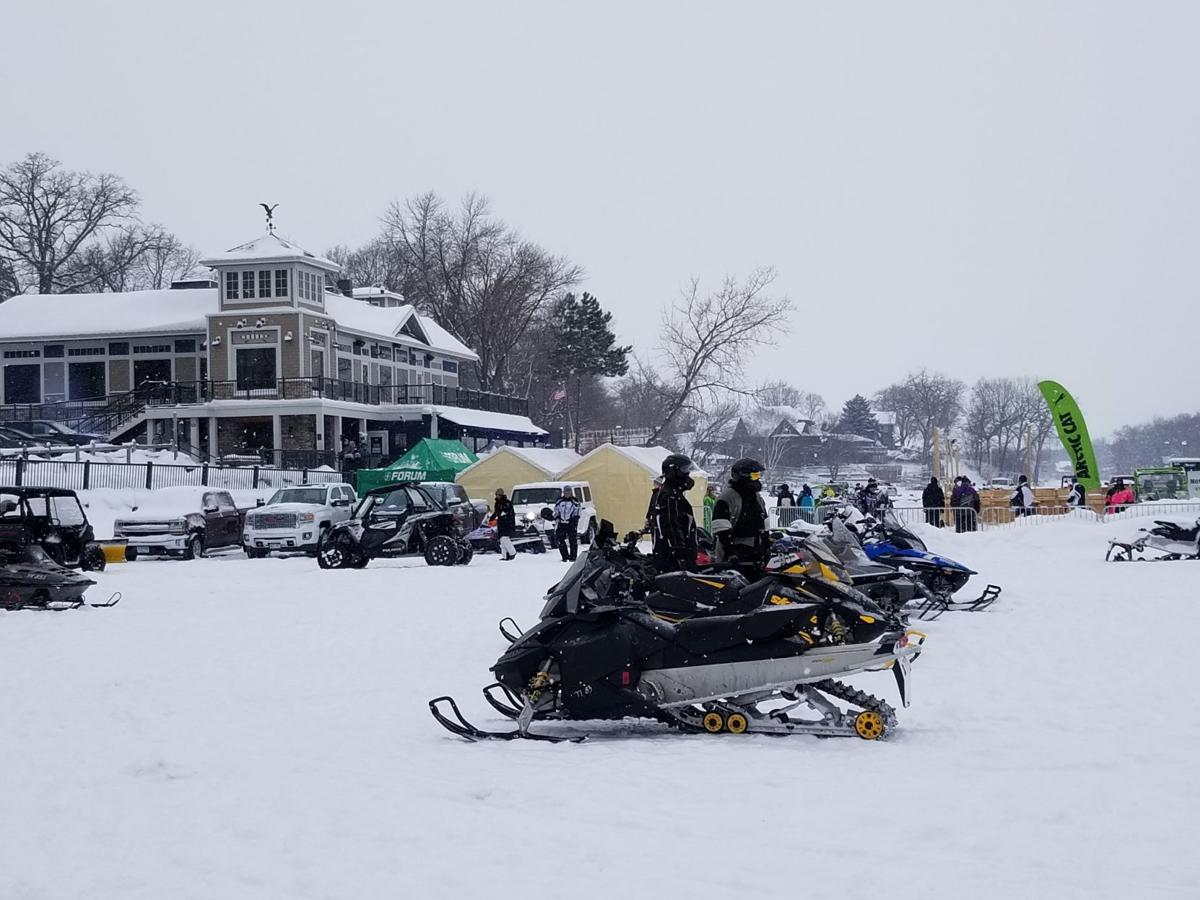 Snow Sports Sunday was held on Feb. 10 on the lake outside of Charlie’s on Prior. The event was from noon to 5 p.m. 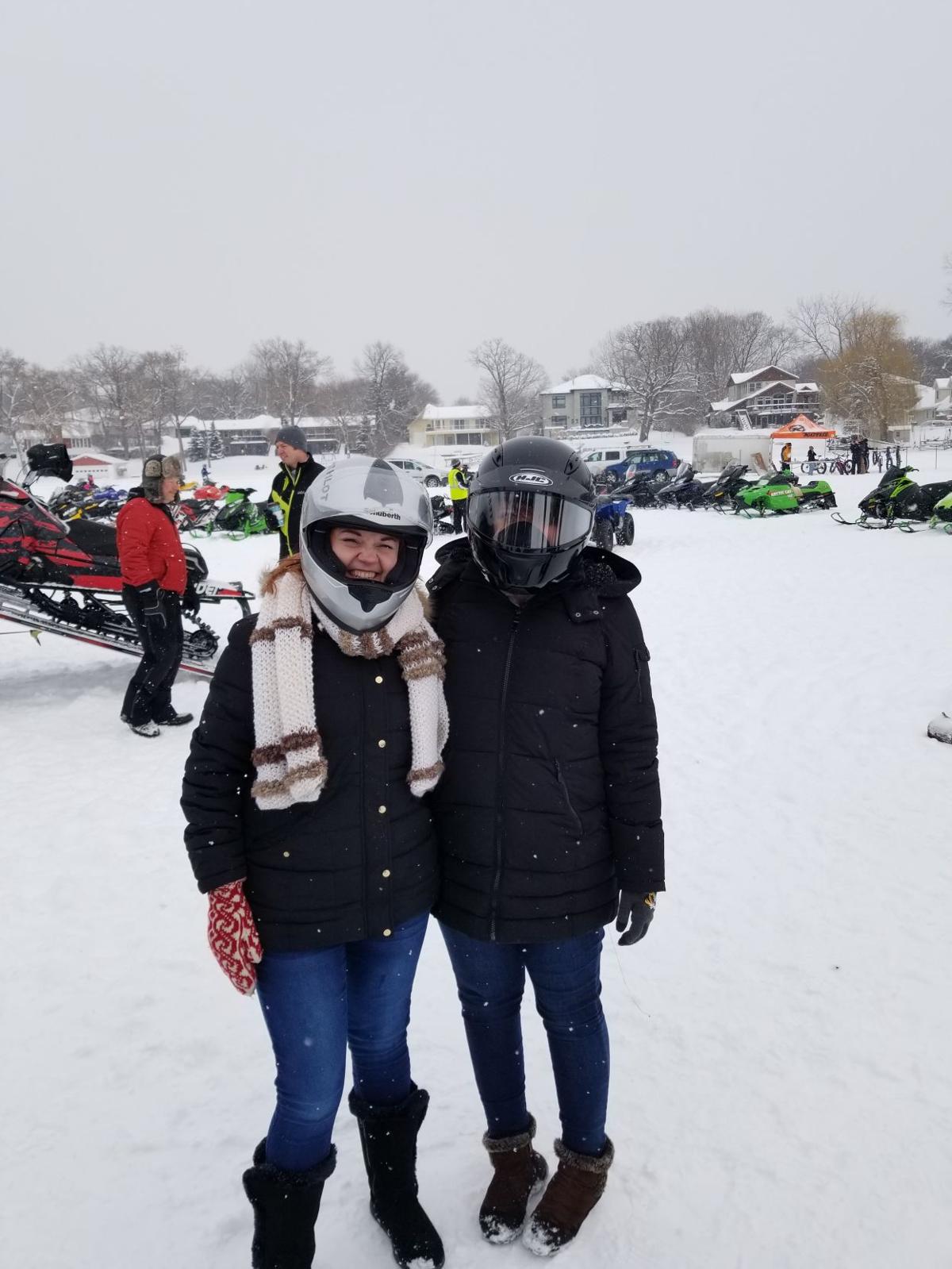 Reporters Amanda McKnight and Maggie Stanwood attend Snow Sports Sunday on Feb. 10 on the lake outside of Charlie’s on Prior. The event allowed attendees to ride snowmobiles for free.

Snow Sports Sunday was held on Feb. 10 on the lake outside of Charlie’s on Prior. The event was from noon to 5 p.m.

Reporters Amanda McKnight and Maggie Stanwood attend Snow Sports Sunday on Feb. 10 on the lake outside of Charlie’s on Prior. The event allowed attendees to ride snowmobiles for free.

Despite my growing up just one state south, Minnesota seems foreign to me sometimes — for instance, when I stepped cautiously onto a frozen lake, imagining the ice cracking, and a truck blasted past.

So when the Prior Lake Snowmobile Association reached out to promote Snow Sports Sunday and invited me to attend, I saw a chance for another Minnesotan activity I had never done.

The Prior Lake Snowmobile Association hosted the event from noon to 5 p.m. Feb. 10 on the lake outside of Charlie’s on Prior. There were snowmobile vendors and free fat-tire bike and snowmobile rides.

I enlisted coworker and friend Amanda McKnight to go with me because her reactions to adrenaline-inducing activities are amusing (see “I’ll Try Anything Once: Ziplining.”) Spoiler alert, she doesn’t like them.

Regardless of her apprehension, I convinced her to go with me, and we headed to Prior Lake. Snowfall and cold, but not too cold, temperatures made it the perfect day for snowmobiling, or so I’ve been told.

Amanda and I signed away our right to sue if we died, got helmets and got in line. About 15 minutes in, I reconsidered my decision because my legs got cold. I’m not a resilient person in the winter.

I persevered, and we made it to the front of the line. We were then led to separate sleds for a ride around the lake. I was briefed on how the snowmobile works, which is a fairly simple process. There’s a throttle, and there’s a brake. Press the throttle when you want to go and the brake when you don’t.

The leader of our group took off with several experienced snowmobilers right behind him. Amanda was behind me on her sled somewhere. I took off at what felt like record-breaking speeds, though I think it was more like 20 mph.

Other snowmobilers had left me behind, and Amanda was long behind me, so I felt alone in the tundra. I felt like Bear Grylls, or Leonardo DiCaprio in that movie I haven’t seen. I made it to almost 40 mph.

That is, until I stopped back at the beginning and the ride was over. Amanda pulled up a few minutes later, said “I’m not doing that again,” and we left to take a ride on fat-tire bikes and stand by the fire pit.

I asked, “What if I drove?” She then agreed, not knowing I am often more reckless in front of other people than on my own. Her mistake.

We got in line again and after a short wait were put on a two-person sled. All control over speed and recklessness went to me in the driver’s seat. I was also more confident from the first ride. Again, her mistake.

I was off and this time could keep up with the group. A few minutes into the ride, we hit a bump, and I thought Amanda tapped me on the helmet. I later learned she had lurched forward and hit me with her helmet. It happens.

On straight stretches, I managed to make it to 55 mph. I took turns faster and didn’t panic when bumps threw the sled into the air for a bit. I would later learn that Amanda, in the back, was not so calm. She lived.

I got so into it that when it was time to pull over, I had to turn around because I had missed it. We pulled in, Amanda deemed me crazy, and we once again warmed up by the fire before heading home.

Would I do it again?

Oh, yeah. Unfortunately, I cannot afford a snowmobile, nor do I have a place to store it if I could, so it looks like I will make a return appearance at Snow Sports Sunday in 2020. That’s got to be the most important event happening that year. Until then, tell me what to try next.

I'll Try Anything Once: 30-day challenges