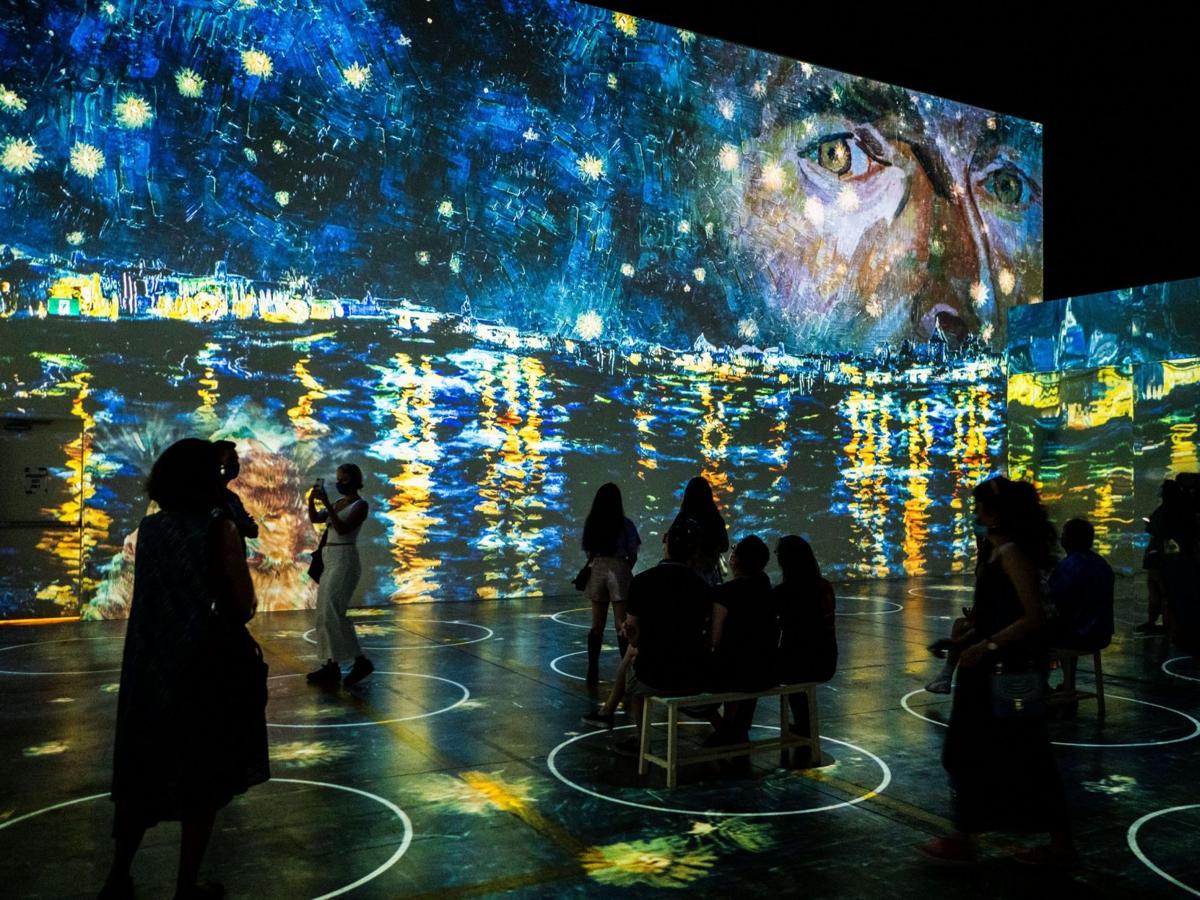 Tickets for "immersive Van Gogh" are on sale until Oct. 31. The exhibition is in display at Lighthouse Minneapolis, 1515 Central Ave. NE. 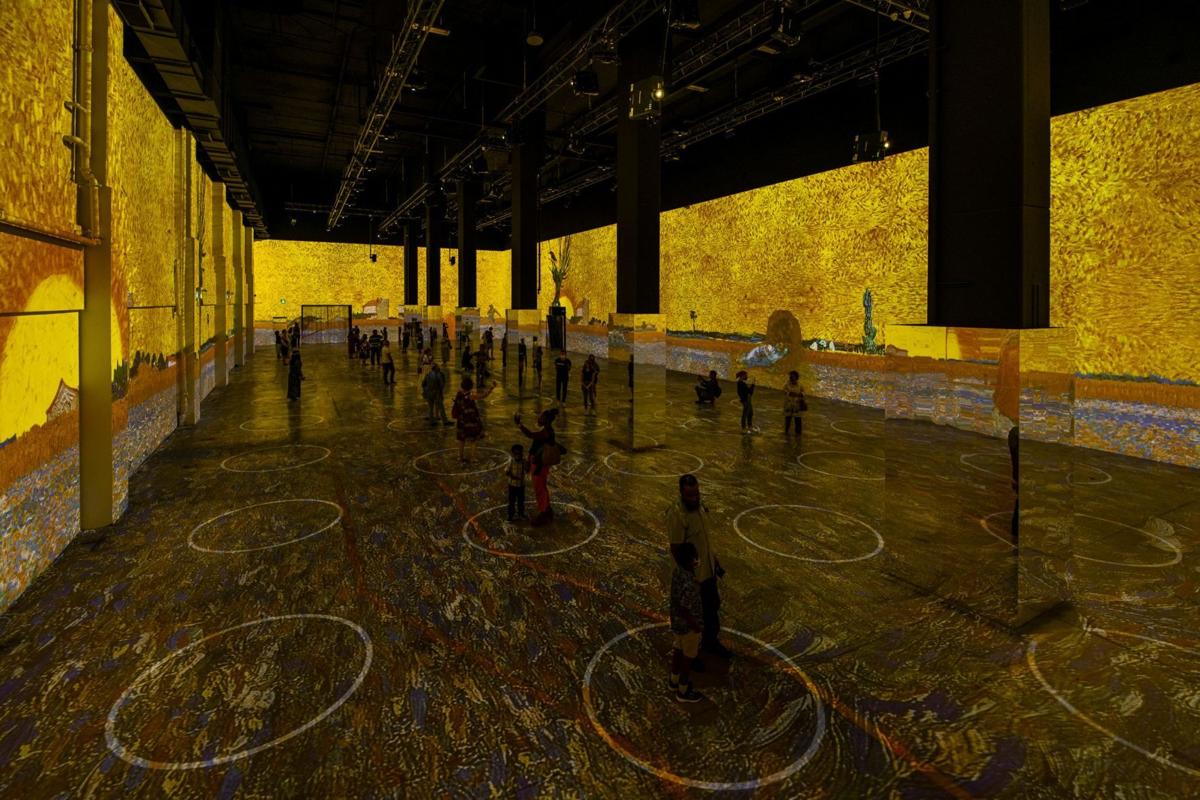 Minneapolis is the fifth city in the U.S. to welcome the "Immersive Van Gogh" exhibit, after blockbuster runs in New York, Chicago, San Francisco, Los Angeles Dallas and Charlotte. 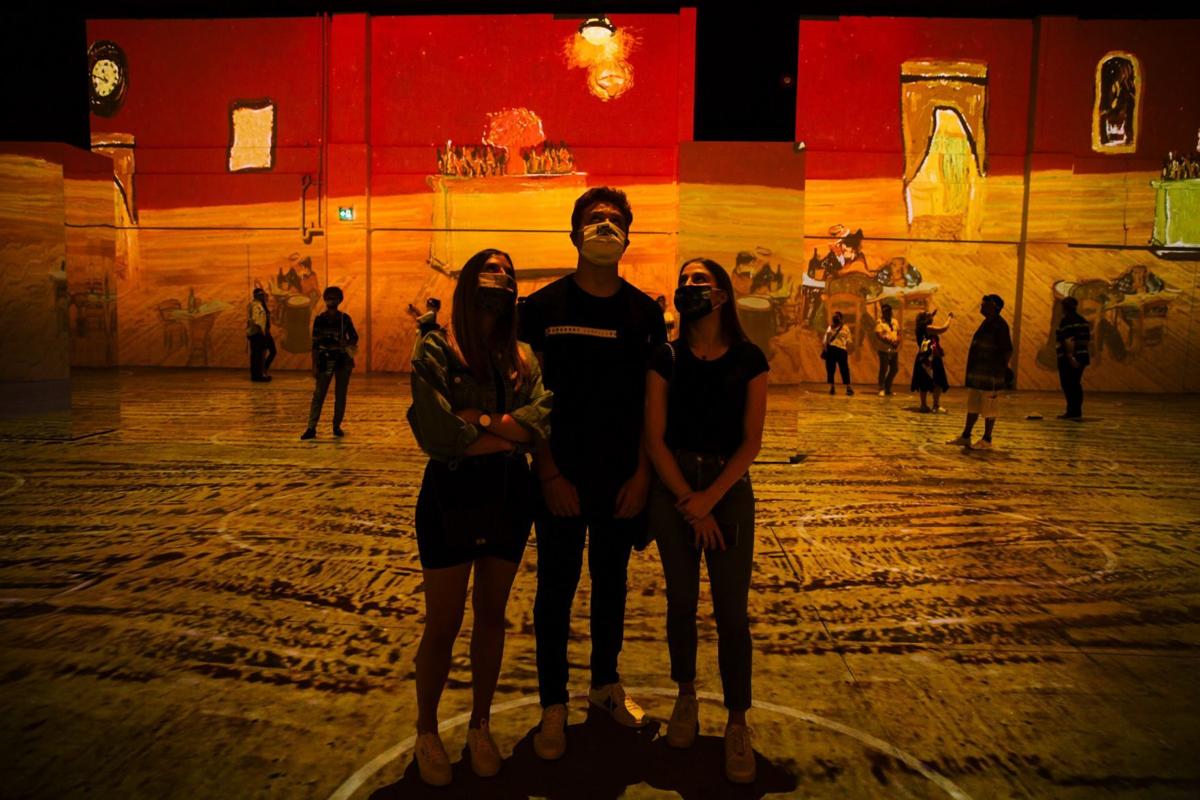 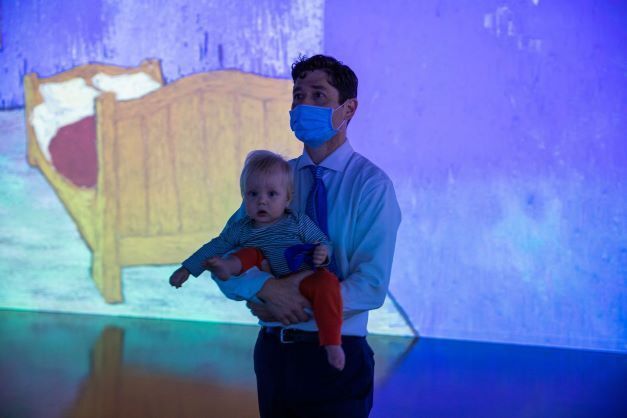 Tickets for "immersive Van Gogh" are on sale until Oct. 31. The exhibition is in display at Lighthouse Minneapolis, 1515 Central Ave. NE.

The highly anticipated "Immersive Van Gogh" show made its way to Minneapolis in August and promises to dazzle spectators with moving projections of the renowned Dutch painter's most famous post-impressionist artworks.

According to a press release from event organizers, the exhibit was designed by creative director and Italian film producer Massimiliano Siccardi, with original, mood-setting music by Italian multimedia composer Luca Longobardi, who provided a score that combines experimental electronic music with pure, ethereal and simple-seeming piano. Vittorio Guidotti is the art director.

Will Gaudet, spokesman for the exhibit, said Minneapolis is the fifth city in the U.S. to welcome the experimental production, after blockbuster runs in New York, Chicago, San Francisco, Los Angeles Dallas and Charlotte. The installation also had a sold-out run in Toronto, Canada.

"What's unique about this one is we actually had a scenic designer, Randy Wong-Westbrooke, create some educational displays in the lobby that include demonstrations of how Van Gogh used paint styles and the colors that he used. It's a really cool area to explore," said Gaudet. "In terms of the gallery itself, there are two distinct gallery spaces. They're very open and huge, they're bigger than the one I saw in Chicago. I believe they're the size of the ones in New York."

The educational displays include a palette knife impasto sculpture demonstrating the novel physical textures of Van Gogh’s paintings, an oversized traveling artist box displaying a re-creation of the only painting Van Gogh ever sold, an exhibit examining Van Gogh’s affinity for yellow paint, and more.

The newly curated venue also includes a separate gallery space that features mirrored sculptures and surfaces meant to enhance the viewing experience, along with a central elevated platform from which patrons can immerse themselves in over 60,000 frames of video, 90,000,000 pixels and more than 500,000 cubic feet of projections.

Tickets for the exhibition are on sale now at tickets.vangoghmsp.com. Ticket prices start at $39.99, with timed and flexible ticket options available. Tickets are on sale now for viewings through Oct. 31.

Why you should Gogh

Gaudet said the Immersive Van Gogh exhibit is a must see and a mesmerizing interactive experience that utilizes art, light, music, movement and imagination.

"It's a way to experience Van Gogh in an entirely new way and this is a new medium in the visual arts period," said Gaudet. "Everyone has seen Van Gogh's works, but this enters as a whole new element. It's 30 minutes long and it runs in a loop. Most people who go in stay for two to three loops of the show. It seems to be pretty entrancing."

Gaudet added that Van Gogh has remained an artistic icon for so many people around the world because he was relatable and was a true master of his art.

"I think he's popular because a lot of people see themselves in Van Gogh. When he lived his life he struggled a lot, figuring out who he was. He didn't become an artist until he was 27 and no one was very encouraging to him," said Gaudet. "Since he struggled with his mental health and sometimes had mental breakdowns, it seemed he lived a very lonely life and no one ever seemed to appreciate his artwork while he was alive. But after he died, people started to realize the post-impressionist master that he was."

Van Gogh was considered commercially unsuccessful during his lifetime. He became famous after his death and posthumously became one of the most famous and influential figures in the history of Western art. In his 37 years alive, Van Gogh only sold one painting, "The Red Vineyards," to his brother Theo.

The Immersive Van Gogh exhibit features some of his most famous works such as "Self Portrait with Felt Hat" (1888), "The Bedroom in Arles" (1889), "Irises" (1889) and "The Starry Night" (1889), all assembled using the latest technology, world-class animation and theatrical storytelling.

Can't get enough of Vincent van Gogh? Visitors can also view one of Van Gogh's original artworks, "Olive Trees" at the Minneapolis Institute of Art all year round. It is one of 15 canvases of olive trees that Van Gogh executed between June and December of 1889.