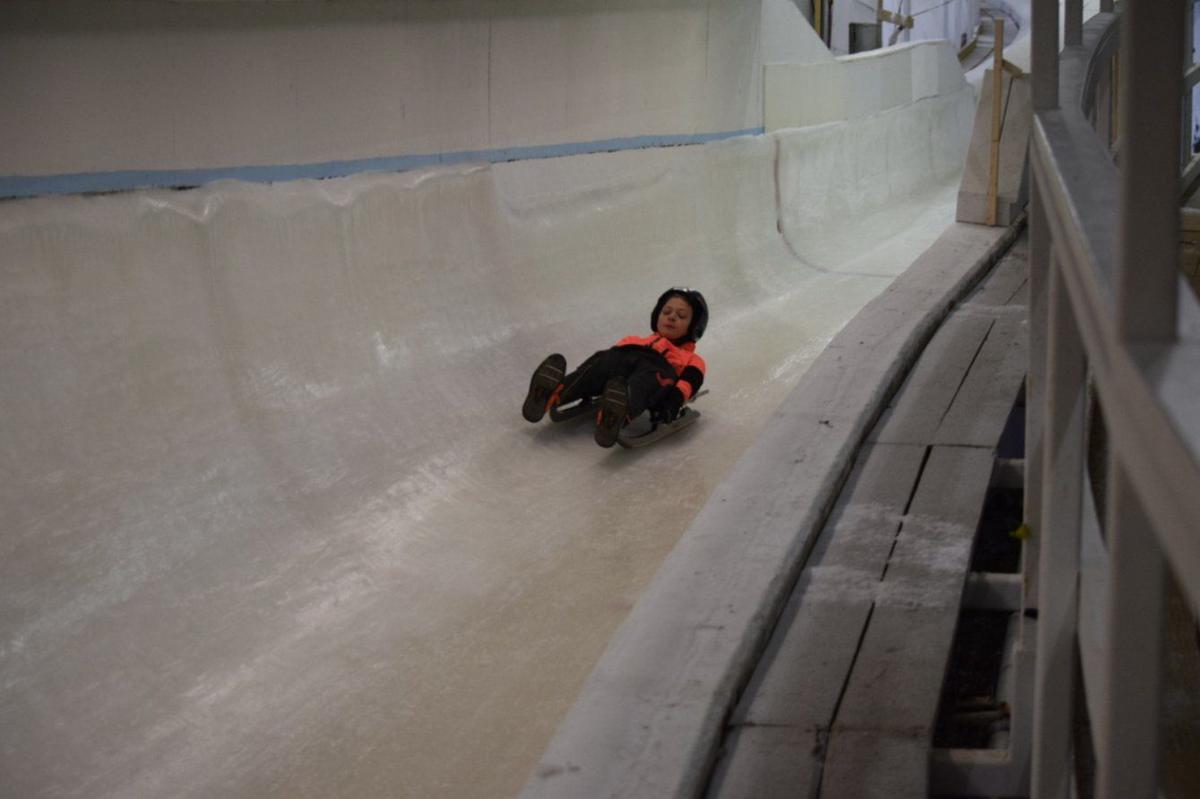 Prior Lake’s Zack Sevcik memorizes the track during a run at the USA Luge training facility in Lake Placid, New York. Sevcik made the junior national development team following a screening camp at the facility earlier this year. 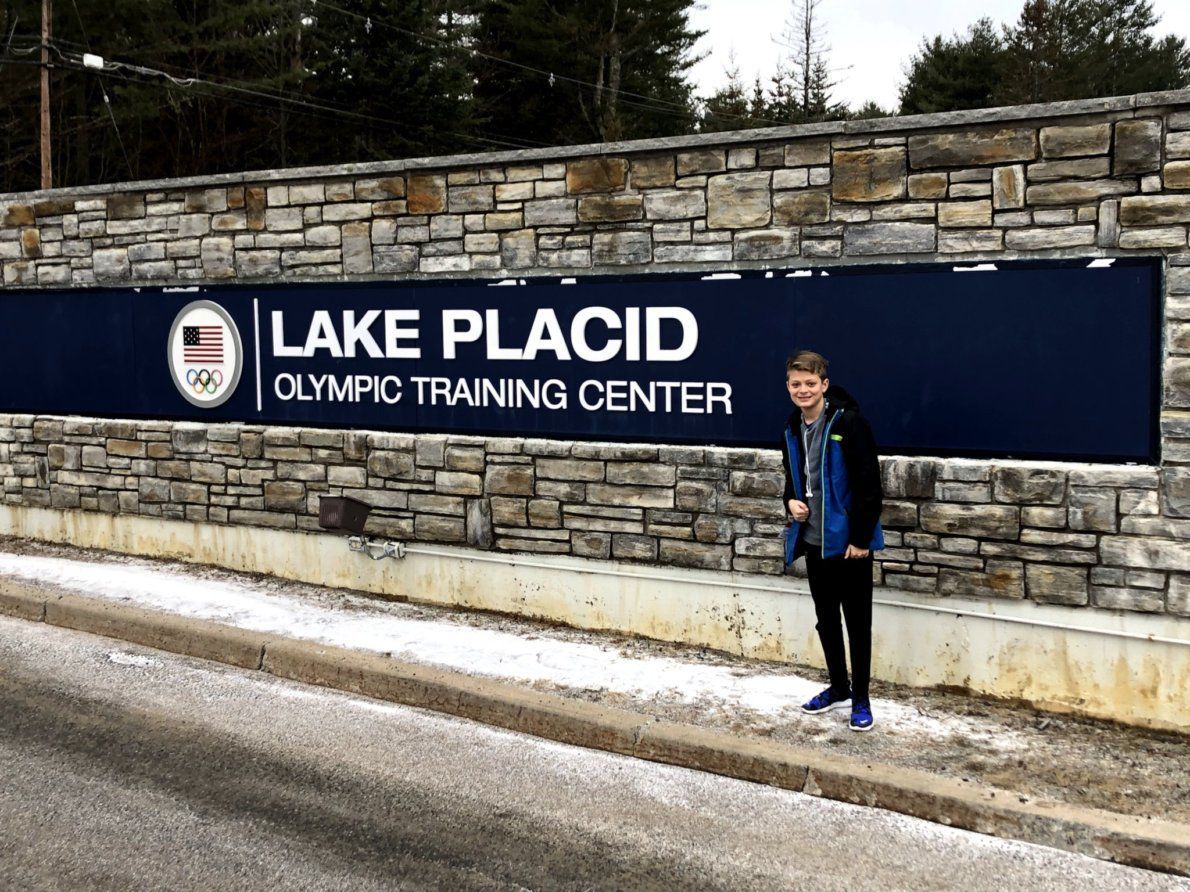 Zack Sevcik joined young athletes from around the country in early 2020 for a week of coaching and training at the Olympic Training Facilities in Lake Placid, New York.

Prior Lake’s Zack Sevcik memorizes the track during a run at the USA Luge training facility in Lake Placid, New York. Sevcik made the junior national development team following a screening camp at the facility earlier this year.

Zack Sevcik joined young athletes from around the country in early 2020 for a week of coaching and training at the Olympic Training Facilities in Lake Placid, New York.

Prior Lake’s 11-year-old Zack Sevcik is one of the newest additions to the USA Luge Junior National Team, according to an announcement by the organization earlier this month.

Zack, a sixth-grader at St. Michael’s Catholic School, joined the development team, which trains athletes 14 and under to mold them into future world-champion and Olympic-level lugers.

Zack found his way to the sport by chance.

His father, Scott Sevcik works for the manufacturing company Stratasys. In 2018 the company partnered with the US Luge national team for the sleds used during the Winter Olympic Games in South Korea. When the Sevcik family turned on the luge events to watch the sleds in action, Zack lit up.

“It was completely kind of out of nowhere,” Scott Sevcik said. “We had no real exposure to it other than seeing it on TV like everybody else.”

When the Sevciks learned that the U.S. recruiting team was hosting a Slider Search in the Twin Cities later that summer, Zack jumped at the chance to try the sport on for size.

Zack joined other young athletes aged 9-13 at the 2018 and 2019 White Castle USA Luge Slider Search in Minneapolis. For several hours he worked with the team’s coaches to practice steering, positioning and stopping wheeled-luge sleds on Minneapolis’s riverside roads.

“Growing up we sledded a lot — it’s Minnesota, so there’s snow all over the place — and it was like an extreme version of sledding,” Zack said.

Extreme is an understatement. According to the United States Olympic and Paralympic Committee, the average luge run has a vertical drop of 30 stories — about 300 feet — and adult athletes can exceed 90 mph on the course.

At the end of the 2019 clinic, coaches from the junior national team picked Zack to attend a screening camp at Olympic Luge Training Facility in Lake Placid, New York.

For several days in January, Zack trained and lived like an athlete, bunking with other young hopefuls at the training facility, attending two-a-day training sessions, practicing on the facility’s refrigerated track and meeting with coaches to learn more about the sport.

Team USA Luge Developmental Coach Patrick Anderson said Zack’s enthusiasm for the sport was apparent from the get-go, adding he was eager for feedback and instruction.

“At every screening camp, we like to put the athletes through a pretty tough circuit workout for our last activity, and Zack did not give up,” Anderson wrote in an email. “He continued to work and give the type of effort that we look for in all of our athletes.”

For Zack the experience was pure fun.

“It was just a fun thing to do, like going on a roller coaster,” Zack said. “I never really thought that I would (make this team). I was just thinking in the background, oh, that’d be cool if that somehow happened.”

Typically members of the development team get an opportunity to join in summer workouts in Lake Placid for several weeks before returning to the facility in the winter for five or six weeks of training and competitions.

Qualifying runs during this period help coaches decide which athletes will qualify for further levels of the national team structure or continue on to world competitions.

USA Luge spokesman Sandy Caligiore said the coronavirus pandemic has thrown that schedule into question. The Olympic Training Center is currently shut down as part of New York’s pandemic response, leaving coaches and athletes to connect and work virtually. Caligiore said the organization hopes to see athletes and continue their slider searches later this year.

When Zack does make his way back to the track, he said he’s not taking his position for granted.

“We’re just going to take it year by year,” Zack said. “I’m not going to assume that I’m going to make it another year, but I am going to give it all of my effort.”