A little over a week since former city manager Michael Plante was fired, the city has ended its application window for Plante’s replacement.

The city closed applications for the manager position at 4:30 p.m. on Wednesday, Aug. 28. An evaluation committee of Mayor Kirt Briggs and Councilwoman Annette Thompson is overseeing the search process instead of a private consultant.

The county’s charges were coupled with allegations by Plante’s wife and ex-wife of a history of abusive behavior, according to two temporary domestic abuse no-contact orders filed Aug. 16.

“We’ve heard from some people who applied the last time around that they are interested in throwing their name in again, so that gives us a little confidence that we can go a little quicker with the process this time,” Olson said.

Olson added the city wants “some stability and to move forward,” after Plante’s abrupt departure.

“We want to get a permanent person in place,” Olson said. “As you can imagine, it’s been very disruptive.” 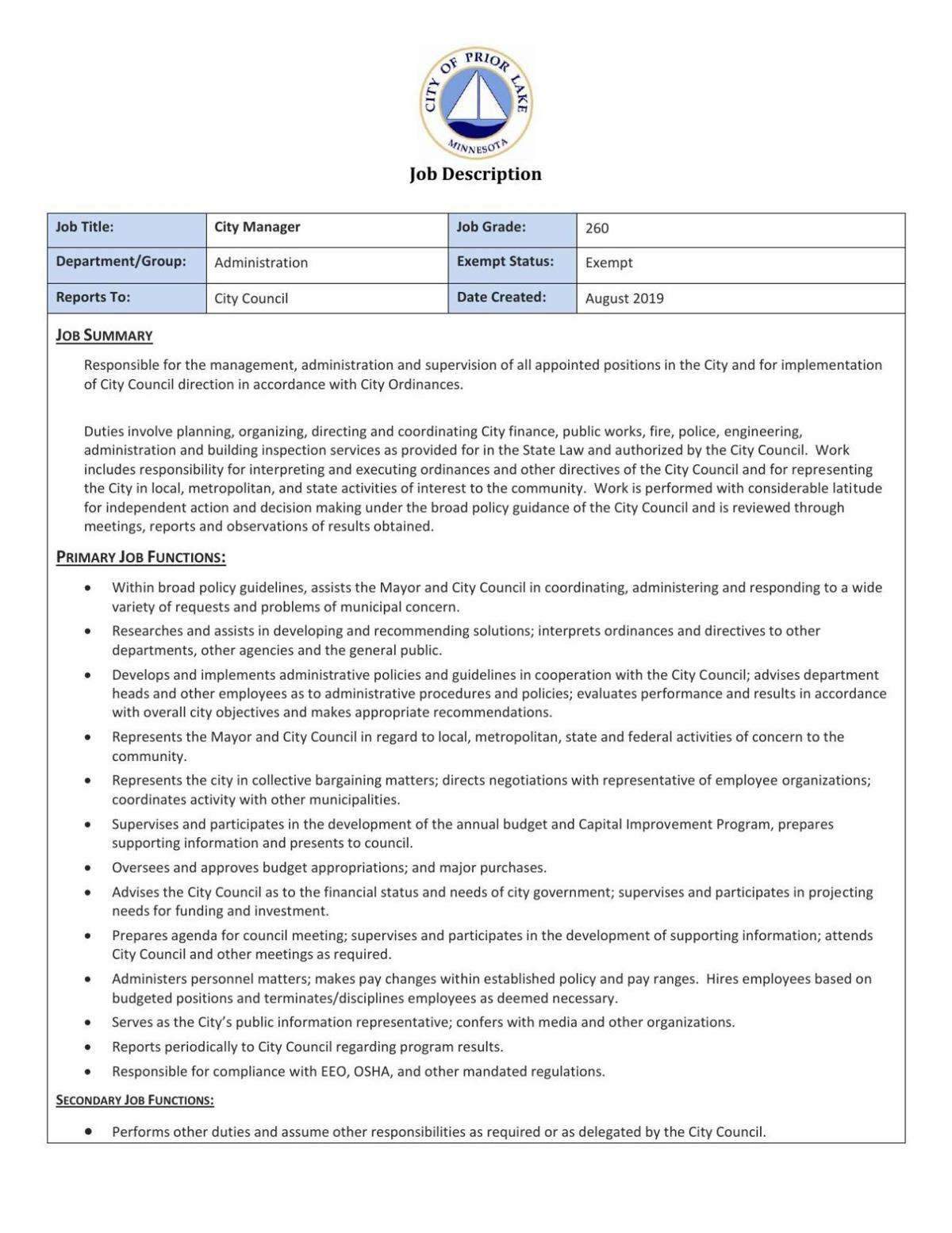 Applicant information will remain confidential, according to Olson, until after the council has ranked and selected the top candidates during their work session Sept. 3.

The current search stands in contrast with last year’s monthslong effort. When former manager Frank Boyles announced his retirement in July 2018, the city spent several weeks selecting and hiring a consulting firm to help with the process.

The city hired DDA Human Resources for $18,000. According to their contract, the firm promised a “comprehensive analysis of every application received” and a video interview, personality index and background check of the semifinalists.

Plante was one of five finalists recommended by DDA last October.

On paper, Plante was a competitive candidate. He studied law at Hamline University before becoming a county attorney for Hubbard and Wabasha counties and then county administrator at Wabasha County.

According to city documents, Plante’s application did not present any red flags to the Colorado-based data firm, American Databank LLC, used by DDA for the background checks. Much of the documents were redacted, but the finalist profile states “no records found” under criminal history.

Though Plante’s wife and ex-wife allege a history of abuse spanning back to at least 2017, the two petitions for no-contact orders filed Aug. 16 appear to be the first court documents containing the claims.

In Plante’s ex-wife’s petition, she says a violent incident on a family vacation in 2017 led her to file for divorce. Divorce documents from 2018 cite an “irretrievable breakdown” of the marriage.

Plante’s wife lists verbally abusive incidents in February and March in her petition. She also claims Plante would transfer money out of a joint savings account and refusing to make rent and car payments for her when he was angry.

Plante was released from the Scott County Jail on bail Aug. 16. His case was transferred to the Carver County Attorney’s Office to avoid any conflict of interest. Plante’s first appearance in court is scheduled for Oct. 4.

The City Council on Monday fired City Manager Michael Plante following a special meeting about recent charges of domestic assault against him.