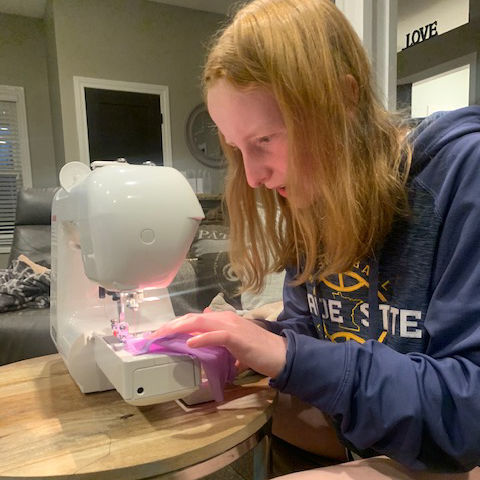 Peyton Chambers of Prior Lake assembles a face mask in her home, one of hundreds she has made since the coronavirus pandemic arrived in Minnesota. She said she taught herself to use a sewing machine with some help from her aunt and online videos. 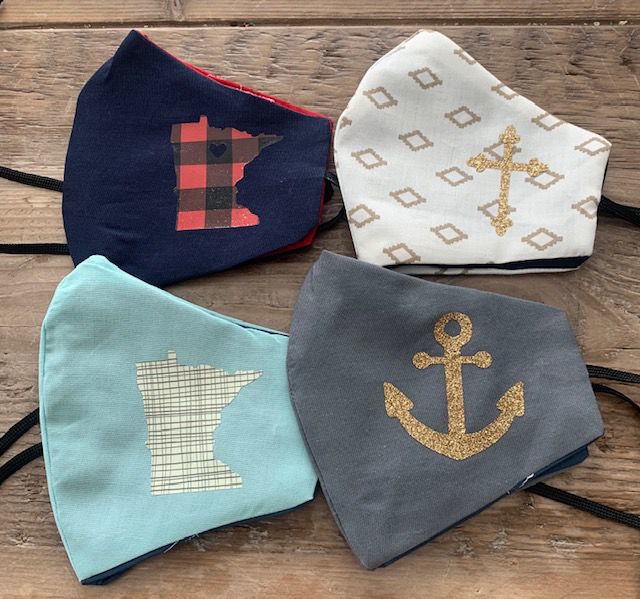 Peyton Chambers sells masks for $10 apiece and donates at least as many to local charities and other organizations.

Peyton Chambers of Prior Lake assembles a face mask in her home, one of hundreds she has made since the coronavirus pandemic arrived in Minnesota. She said she taught herself to use a sewing machine with some help from her aunt and online videos.

Peyton Chambers sells masks for $10 apiece and donates at least as many to local charities and other organizations.

Fifth-grader Peyton Chambers learned to use her aunt’s sewing machine with the idea to make some cloth face masks for her grandparents and other family members.

She’s now about 700 masks in, selling some for $10 apiece and donating at least one more for each sold. She said donor masks have gone to local homeless shelters, her teachers at St. Michael Catholic School and the University of Minnesota’s high-risk pregnancy health care department, among others.

“I had a lot of free time and not much to do,” Peyton said this week. “I like giving back to the community and just being able to help.”

Peyton’s largely self-taught in sewing, saying she used some tips from her aunt and some videos online and just figured it out.

The federal Centers for Disease Control and Prevention have recommended that Americans wear face coverings when out in public and close to other people. Health officials and hospitals have also put out several suggested techniques and designs.

Cotton masks aren’t as protective as medical masks but can be helpful, particularly at slowing the virus’s spread from people who don’t know they’re infected or contagious, health officials have said. The masks have also been used in health care and other settings, such as by Prior Lake Police, to help stretch the surgical-grade supply.

Fabric supplies have also been tight for some of the many volunteer groups who have taken to making masks throughout Prior Lake and the metropolitan area. Some members at the al-Mahmood Foundation have driven an hour or more to non-sold-out fabric shops, for example.

Peyton puts the money she makes from sales into her savings and into more materials; six pieces of cloth go into each mask. Her dad, Tyler Chambers, said he connected her with Bemidji Woolen Mills, which has donated cords and thread. The family also bought a good deal of cotton early on in the coronavirus’s progress in Minnesota.

“It’s kind of a good economics lesson for her on how to run a business and budget things,” Chambers said. “She really likes donating when she knows where they’re going.”

So Peyton keeps sewing, after her daily schoolwork or in the evenings while the TV’s on. Her dad will help with cutting; her younger siblings, with cleaning up.

Those interested in masks can reach the family at peytonraechambers@gmail.com.