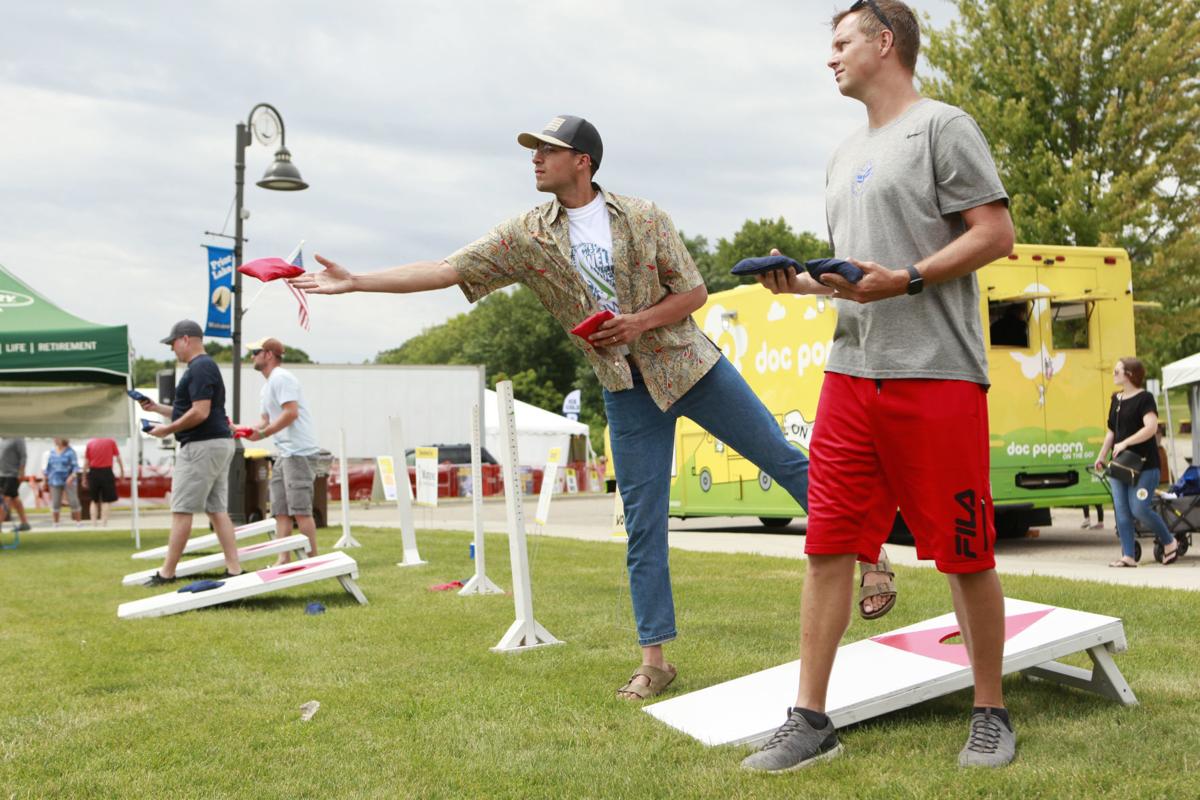 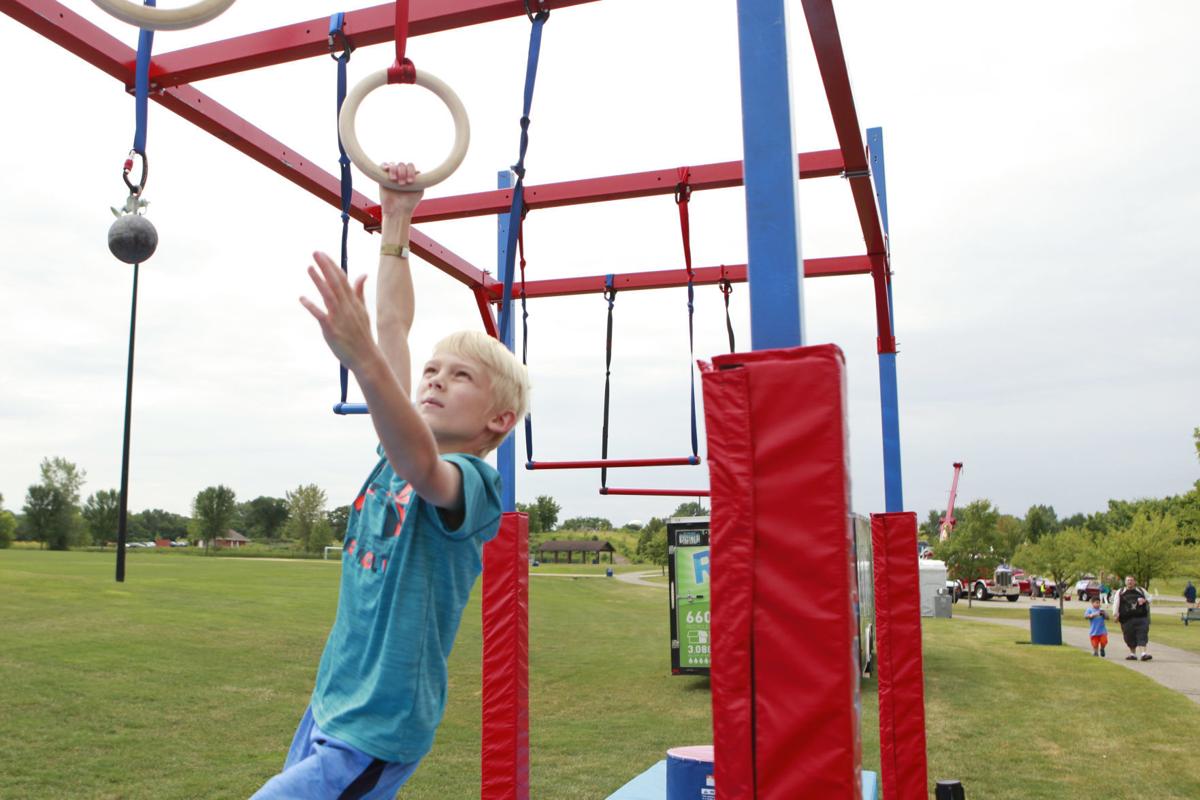 Nolan Goss, 9, easily swings through a ninja obstacle course at Lakefront Days on Saturday. “He loves his ninja courses,” his father said. 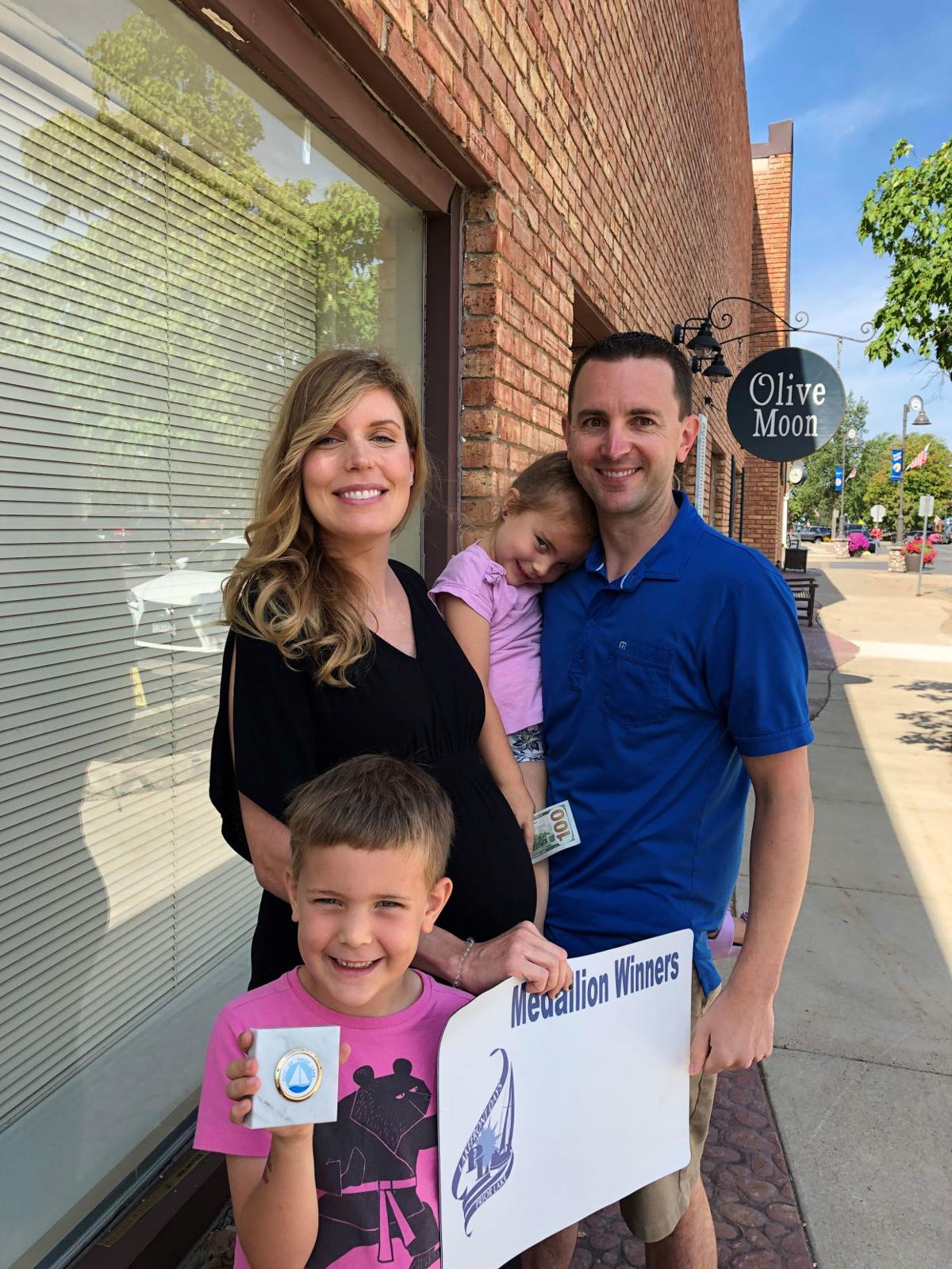 Prior Lake’s Schreck family — parents Cali and Dan and kids Cameron and Everly — won the $200 prize after finding the Lakefront Days medallion in the festival’s annual contest.

Nolan Goss, 9, easily swings through a ninja obstacle course at Lakefront Days on Saturday. “He loves his ninja courses,” his father said.

Prior Lake’s Schreck family — parents Cali and Dan and kids Cameron and Everly — won the $200 prize after finding the Lakefront Days medallion in the festival’s annual contest.

Scores of families turned out for Saturday’s family day at the annual Lakefront Days festival despite a smaller event and the threat of rain.

The event lacked the usual parade and carnival of years past, causing some frustration around town. But it brought inflatable bounce houses, food trucks, obstacle courses and a bean bag toss tournament, which began after grumbles from some of the more serious players about the proper distance between the boards.

Nancy Goss, who attended with her grandson, Nolan, and other family members, said she appreciated what event organizers called a stationary parade. Businesses and floats lined up in the park’s parking lot in the late morning for attendees to walk by.

Officials with the city and Prior Lake Chamber of Commerce said road construction this year and its impact on the usual parade route led to the change.

“I think it’s great. You have a chance to talk to the vendors,” Goss said.

It wasn’t a heavy crowd; often there seemed to be as many attendees as people working the booths and trucks. Many took the chance to relax while enjoying ice cream or overlooking the ponds. Nick Footh came down from St. Paul for the bean bag tournament and said the event was a nice change of pace in a beautiful town.

The Schreck family won $200 after finding the memento next to a stump along a trail near Trillium Cove, Cali Schreck and the chamber said. Cali, her husband, Dan, and their two kids, Cameron and Everly, moved to town less than a year ago and jumped into the contest for the first time, Cali Schreck said Friday.

Tracking down the medallion with several clues was an adventure that gave some good family time, she added, and finding the prize was a complete surprise. The Chamber provided the clues and said the item would be hidden on public property outdoors.

The first hint the family used came in the third clue, which mentioned roundabouts and detours, Schreck said. Subsequent clues pointed to construction, meadows and a trail. The family checked several times at the wrong park before the sixth clue pointed them to a tree stump.