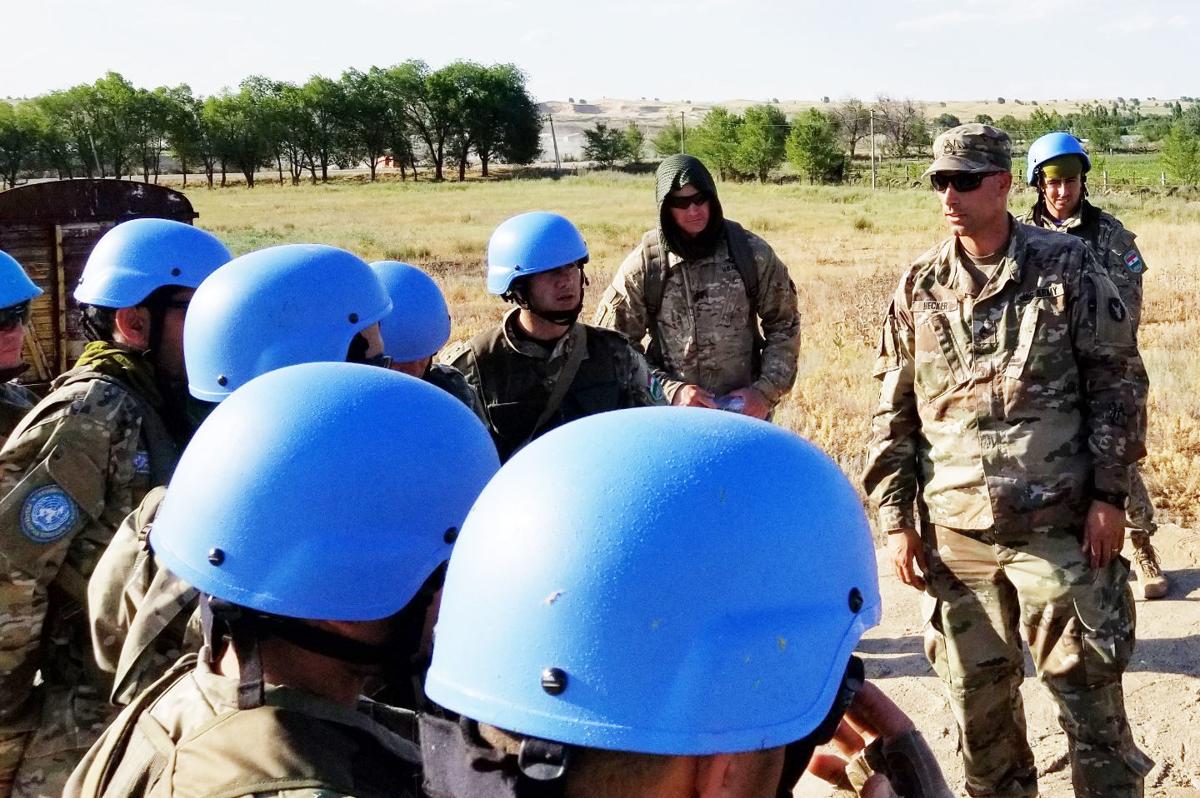 Sgt. 1st Class Kent Hecker of Prior Lake (right) and another U.S. soldier train soldiers from Tajikistan while working in Kazakhstan, a country that borders Russia and China, during Hecker’s deployment with the Army National Guard that ended this summer. Hecker and others taught ally forces about running convoys and countering bombs. 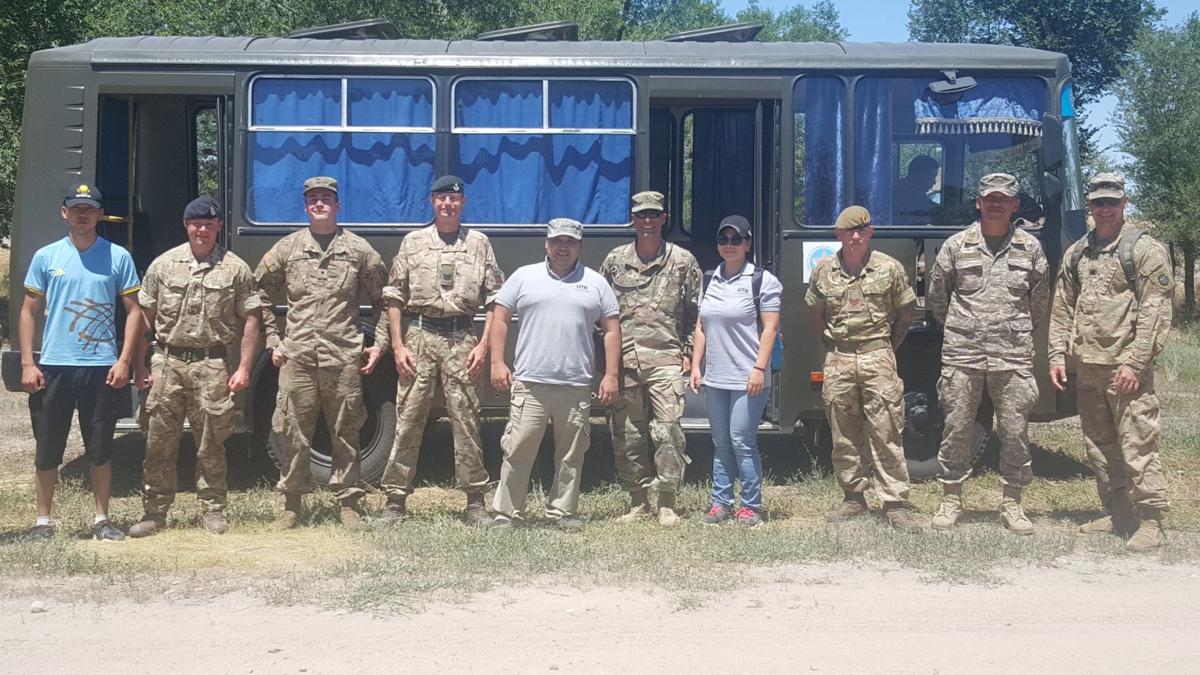 Sgt. 1st Class Kent Hecker of Prior Lake (center) and other U.S., British and Kazakh soldiers and interpreters pose for a photo during Hecker’s time training soldiers from several countries in Kazakhstan during a deployment with the Army National Guard.

Sgt. 1st Class Kent Hecker of Prior Lake (right) and another U.S. soldier train soldiers from Tajikistan while working in Kazakhstan, a country that borders Russia and China, during Hecker’s deployment with the Army National Guard that ended this summer. Hecker and others taught ally forces about running convoys and countering bombs.

Sgt. 1st Class Kent Hecker of Prior Lake (center) and other U.S., British and Kazakh soldiers and interpreters pose for a photo during Hecker’s time training soldiers from several countries in Kazakhstan during a deployment with the Army National Guard.

An Army National Guard deployment to Kuwait and other west-Asian countries was a chance to both share and gain knowledge among allies and other Americans, two Prior Lake guardsmen said in recent weeks.

It was also a thread connecting Minnesota to military operations and world events that carry on even without much civilian attention.

The Army National Guard this week announced the deployment of 700 guardsmen from the 34th Expeditionary Combat Aviation Brigade in Minnesota. Other units across the country were also deployed.

The main idea was to build the ability of the U.S., Kuwait and other countries to train and work together, or what Hecker called interoperability.

He trained Kazakhstan and Tajikistan forces how to counter improvised explosive devices such as roadside bombs and how to run convoys, for example, and provided training to the Omani military on how to build combat roads and trails.

“It shows foreign adversaries that we’re stronger together,” Hecker said in August, adding he and other Americans also learned from and about their hosts. Hecker works full time as a readiness non-commissioned officer for the Operations Company of the division at its Rosemount headquarters.

“A lot of them hadn’t had a lot of exposure to working with the U.S. military,” he said. “We have to work together because there is a lot of volatility.”

The deployment was primarily part of the U.S. Department of Defense’s Operation Spartan Shield, which it says aims to strengthen relationships around the Middle East and build partner countries’ defense capabilities.

That work comes in the middle of a complex mix of conflicts: the continued U.S. presence in Iraq more than 15 years after the 2003 invasion, disputes with Iran over nuclear technology, and the Syrian civil war, which has left hundreds of thousands of people dead by the United Nations’ count and has spilled over into Iraq and other countries.

Hecker said Spartan Shield supports Operation Inherent Resolve, which has included American strikes against the Islamic State militant group in Iraq and Syria, but is separate from that operation.

But away from the world stage, Hecker said he often simply walked for miles after work to visit with locals, especially in Kazakhstan, a large, rugged country bordering Russia and China. Communicating with Google to translate was a bit ungainly but worked well enough, he said.

“I’m a firm believer you’re never going to get stability through brute force alone,” Hecker said, adding he’s felt that way since deploying to Iraq shortly after the invasion.

Brown, for his part, said he stayed at Kuwait’s Camp Arifjan, managing units coming in and out and taking part in the training. Brown and Hecker for part of the deployment bunked next to each other.

“People I served with were just shining examples of professionals” and came together from every background, Brown said. “I couldn’t have asked for more.”

It was his first long-term deployment, and the experience overseeing such a diverse group will make him better at his day job, Brown said. He’s director for Prior Lake-Savage Area Schools’ Bridges Area Learning Center, which just moved into its new building next to Twin Oaks Middle School.

Both men had wives and children waiting in Prior Lake, which they said was a tough experience that family members and the school district helped them get through.

“We’ve got a very good support system,” said Natalie Hecker, adding this was the family’s first deployment since she and Kent married 12 years ago.

She said their youngest child goes to WestWood Elementary School, which held an Army Day event where nearly the whole building turned out in camouflage. Her stepdad wore his Vietnam War vest for the occasion.

Hecker appreciated the gesture, especially when it seems like many people might can miss the fact that the country’s still so involved overseas unless a family member’s connected somehow.

“I’ve definitely learned a lot just with him being in the military and then with this deployment,” she said of her husband. “It never ended.”