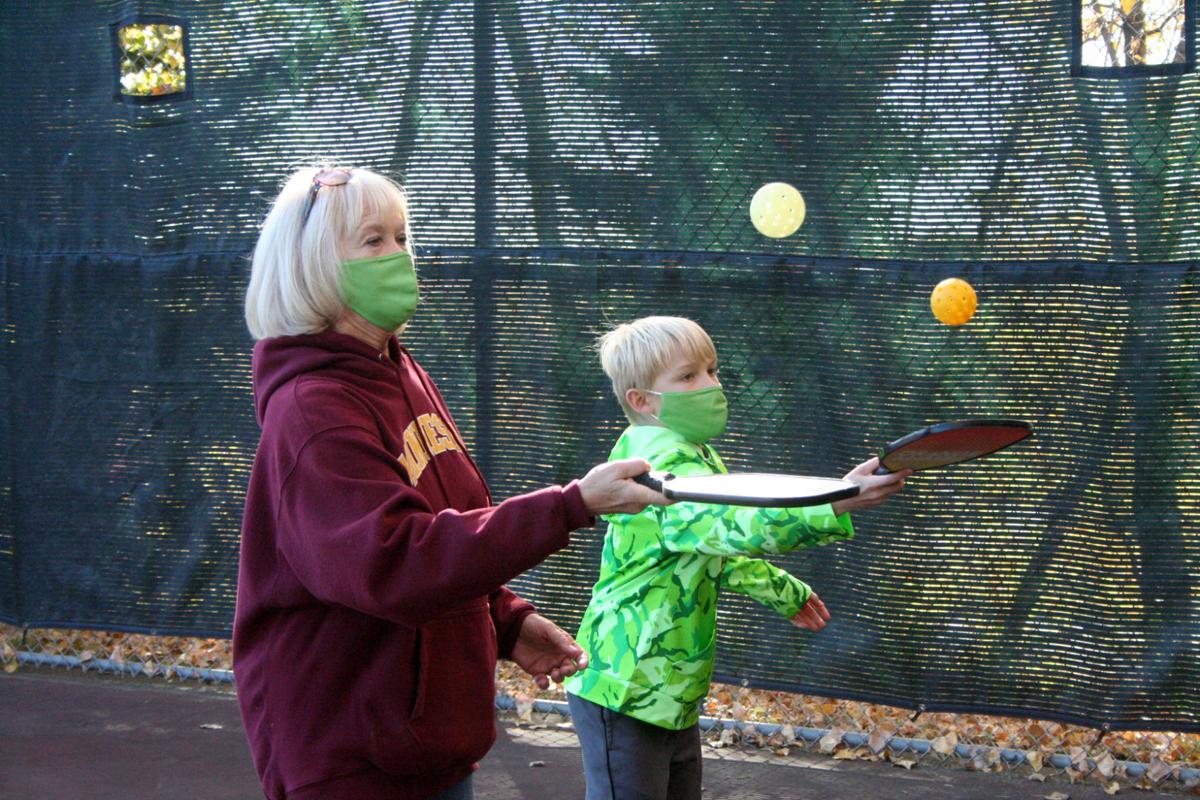 Nancy Goss and her grandson Nolan Goss, 10, practice their pickleball skills during the Prior Lake Pickleballers Club fundraising event at Lakefront Park Oct. 10. 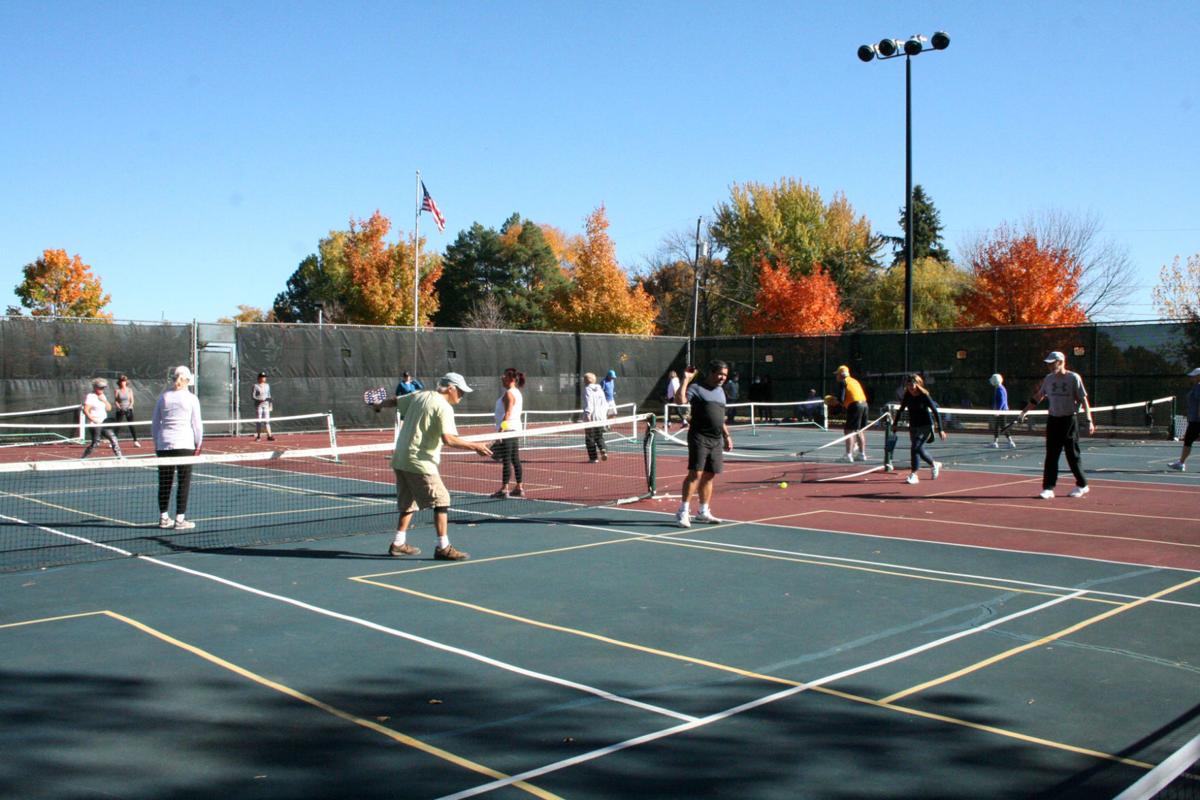 Pickleballers gathered at Lakefront Park in Prior Lake Oct. 10 to teach newcomers the game of pickleball and raise funds for the new pickleball courts coming to Prior Lake at Spring Lake Park. 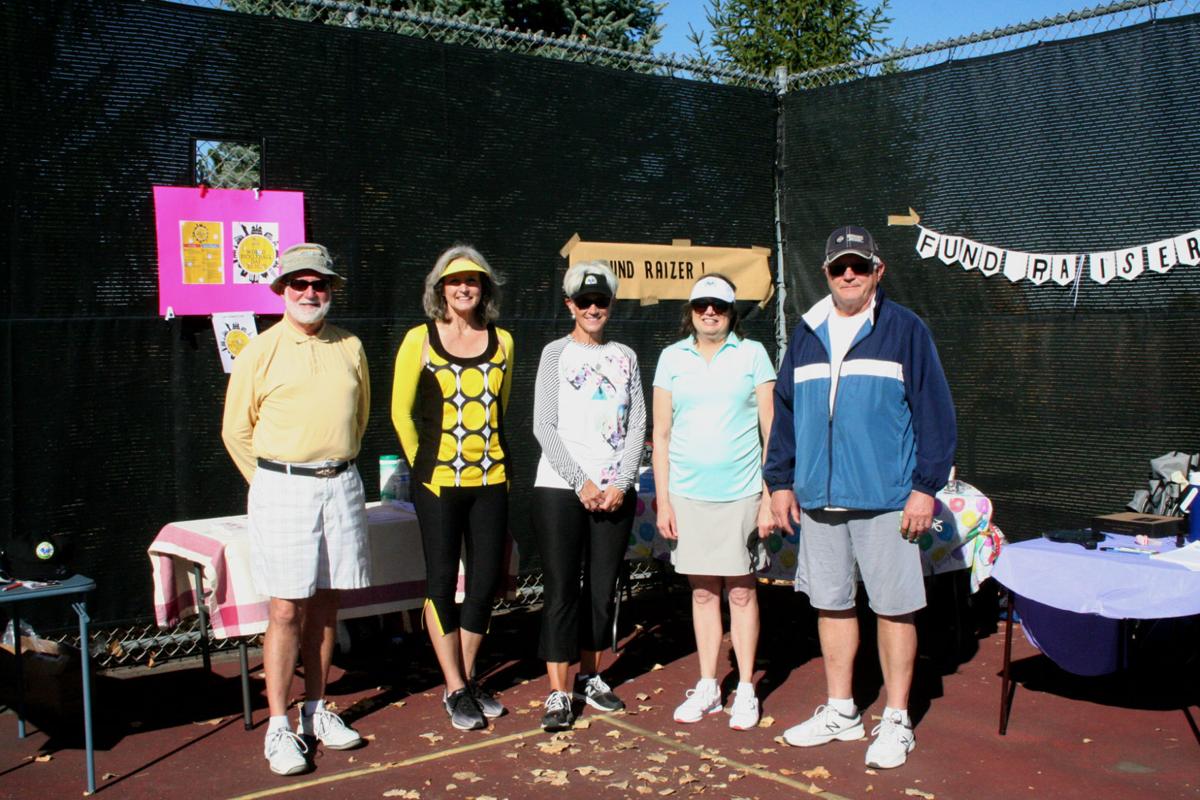 The Prior Lake Pickleballers board is seen during its fundraising event Oct. 8. The club aims to raise $150,000 to add extra amenities such as lighting and shaded seating areas to the eight new pickleball courts coming to the city. 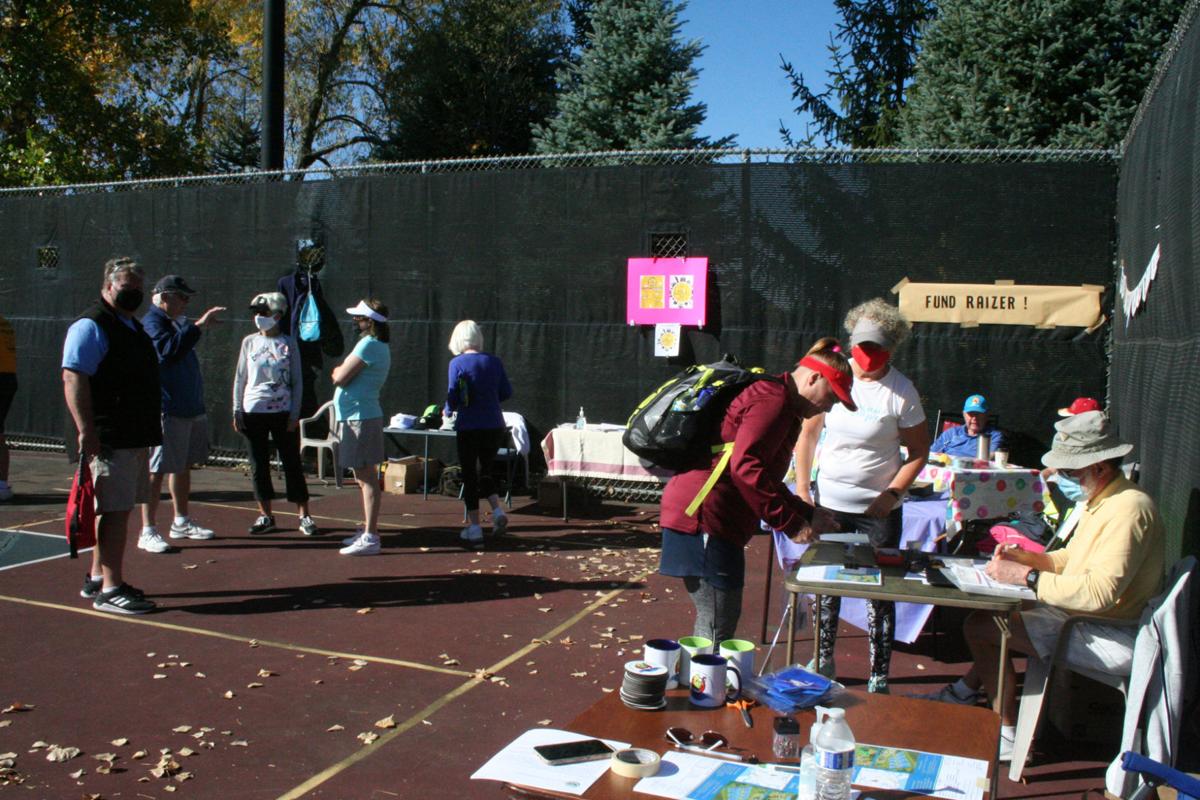 Nearly $9,000 was raised during the Prior Lake Pickleballers fundraising event on Oct. 10.

Nancy Goss and her grandson Nolan Goss, 10, practice their pickleball skills during the Prior Lake Pickleballers Club fundraising event at Lakefront Park Oct. 10.

Nearly $9,000 was raised during the Prior Lake Pickleballers fundraising event on Oct. 10.

An all-ages sport growing in popularity is gaining courts in Prior Lake.

Like Shakopee, Egan, Apple Valley, Burnsville and Chaska, the City of Prior Lake recently approved the construction of eight new pickleball courts at Spring Lake Park.

The Prior Lake pickleball scene first began in the city eight years ago and has been growing steadily ever since, with the local club over 200 members strong.

Players of the sport, which is comparable to tennis and racquetball, have been taking their rackets and whiffle balls to the Lakefront Park tennis courts for years.

“We share those, they’re painted for pickleball, we set up our own nets and bring equipment,” Prior Lake Pickleballers Club Co-President Brenda Hawkinson said. “The courts are obviously getting old. There’s big cracks in the tennis courts and things like that and it's up on a hill it's very windy and not really conducive to a whiffle ball.”

About three years ago, the club approached the city about the possibility of bringing new courts to the area and its finally coming to fruition.

At its Oct. 5 meeting, the Prior Lake City Council awarded a construction bid for just over $461,000 to complete the project. The construction of the courts will be funded through the city’s park dedication fund.

“This is a really great opportunity and a significant asset being added to our parks and recreation facilities,” Councilmember Kevin Burkart said.

The club also committed to raising the funds to add other amenities to the new courts.

Oct. 10 marked World Pickleball Day and the kick-off of the Prior Lake Pickleballers fundraising for the amenities. Seasoned pickle ballers and newcomers gathered at the Lakefront Park courts last Saturday to play the sport, teach others the ways of the game, compete in challenges and donate to the project.

“We’d like the courts to be lit at night and obviously lighting is very expensive so anything we get above and beyond that will go toward the lighting,” Hawkinson said. “They are wiring in everything or making the conduit for lighting, it's just not in the budget right now to put the lighting up for night time play at this time but that is our long term goal and part of our fundraising.”

In total, the club raised $8,855 toward their goal during the event. Club founder Jim Miller challenged donors to raise $10,000 the day of. If nine individuals donated $1,000 he would provide the last $1,000 to reach the total. While the goal wasn’t met, his challenge led to over $8,000 donated in just the first 45 minutes of the event.

Different sized banners, based on the amount donated, will hang at the new pickleball courts next season to honor those who chose to donate.

Fundraising will continue and future events and efforts will be posted on the Prior Lake Pickleballers Facebook page.

The new courts will provide another place for communities members of all ages to gather for fun and fitness, Hawkinson said.

“Anybody can pick it up. You don't have to be a super athlete. We've had people that have had knee replacements, hip replacements that are playing pickleball at all different levels and I know they’re playing it in schools too so a lot of kids will come up and play with us. It’s very intergenerational,” she said.

Home courts will also allow the club to host their own tournaments which will bring more money into the community as people travel here to play, Hawkinson said.

“We would like to see some of those dollars come to Prior Lake and spent in our community, so I think it's a win-win from an athletics point of view, a health standpoint and for the community to bring that sport here,” she said.

As a senior, Hawkinson enjoys playing pickleball because it’s a way to remain active, but her favorite part of playing is the people she has met along the way.

“The first time I walked on the court I felt welcome and that's my goal for people and that's why I'm so passionate about getting Prior Lake pickleball courts to get more people involved and welcomed,” Hawkinson said. “So for me I just enjoy the people, the fellowship we have together.”

She encouraged anyone of any age to try their hand at pickleball.