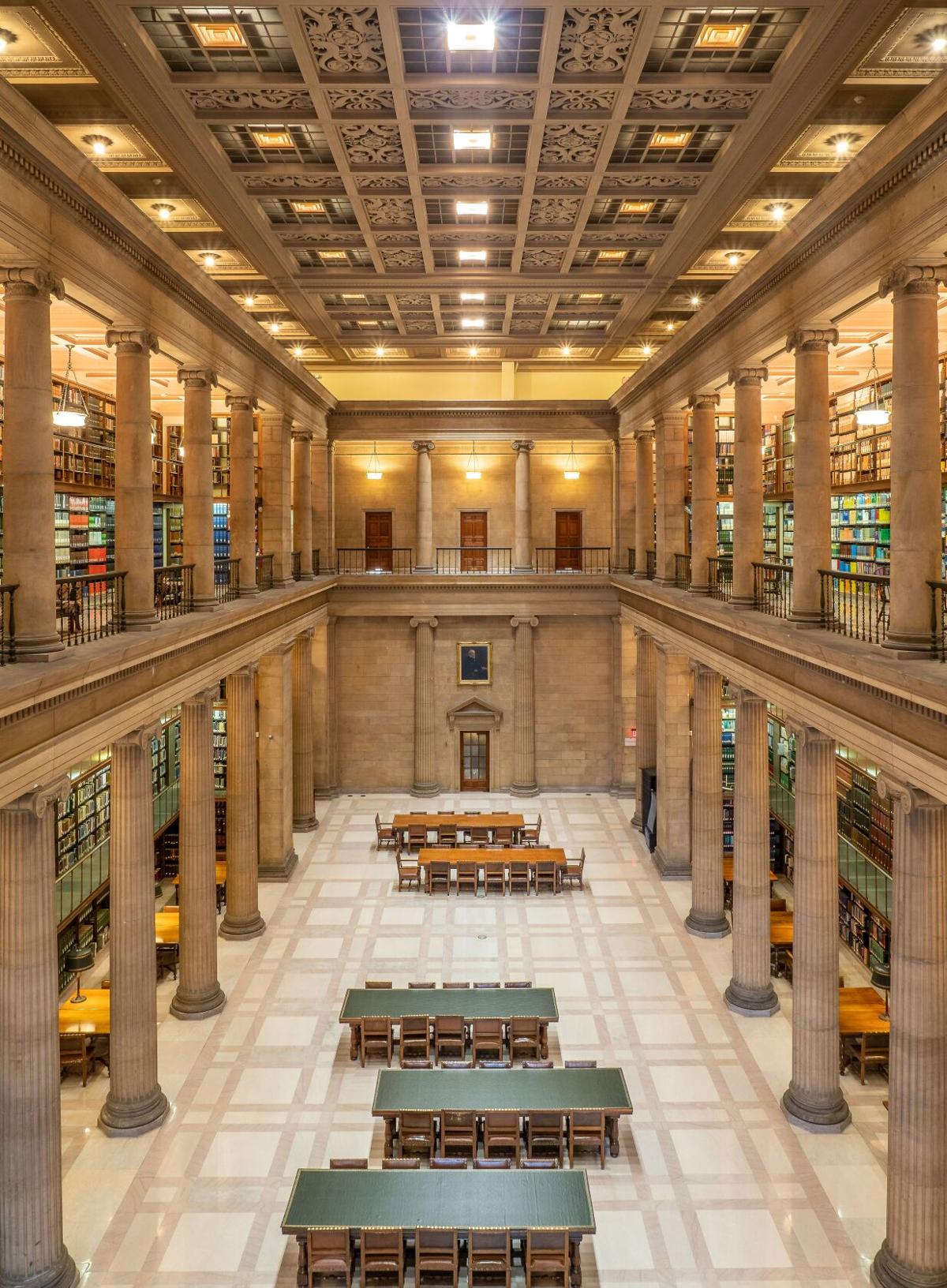 The main reading room of the James J. Hill Library in St. Paul.

Inconspicuous events are footnotes in this difficult year. I’ve despaired all of 2021: the pandemic, the violence, climate change, the political chaos, Donald Trump, the tragedy of Jan. 6, the erosion of voting rights and with it the diminution of democratic governance in a country I’ve known for 77 years — and now comes Christmas.

“Ramsey County History,” is the journal of the Ramsey County Historical Society. The fall issue arrived a week ago. Preoccupied, I briefly put it aside then took note of an article by author Eileen McCormack and despaired still more. The article reminded me that the James J. Hill Reference Library is no more. Its collection is dispersed and the building was sold on June 15 to a development firm that, hopefully, will reuse its historic interior for other public purposes.

The Hill Library was one of my favorite spaces from the time my grandfather first took me to see its magnificent reading room in the 1940s until I was last there researching a book a couple of years ago.

The Hill Library shared a common wall with the St. Paul Public Library at Fourth and Market Streets. One entered the Hill library through separate outside doors leading to a registration lobby then turned left through a set of glass-paneled French doors to its marble reading room, extending the length of the building, with floor to ceiling books, grand study tables, leather upholstered chairs and ornamental reading lamps. I loved that room and its quiet wisdom.

James J. Hill, on completion of his Great Northern Railway in 1893, is said to have declined a public celebration and urged St. Paul to build a library in its stead. The city wanted, and had, its civic celebration, but Hill, among the wealthiest and most powerful figures of the Gilded Age, undeterred, went on to build and endow the library with his private fortune. Hill died in 1916, five years before the library opened with some 10,000 volumes on its shelves. Public and private donors expanded the collection.

It was a reference, not a lending library, and a place for scholars to do specialty research, but it welcomed everyone who wanted to come in and inquire about a particular interest or subject. Several librarians were bilingual and assisted with the translation of books and documents. There were private working rooms for researchers and scholars to leave their books and papers until their work was finished regardless of the duration — even months.

As a repository, it would lend reference books to companies and other, smaller libraries around Minnesota. During World War II it was filled with scientists and engineers at work on wartime projects. It also hosted exhibits and exhibitions of rare books and art from its own collection and other museums and libraries. It was added to the National Register of historic Places in 1975.

A combination of financial problems and changing technology doomed the Hill Library. Hill died intestate, leaving no endowment. It was left to Hill’s wife, Mary, and son, Louis, and other members of the family to arrange funding for long-term operation.

Unlike public libraries and college and university libraries, it had no direct tax subsidy to sustain itself. It was a private library. Over the years it sold portions of its collection and refocused on business and transportation subjects — especially railroads. It also, unsuccessfully, tried to expand its research capabilities and internet outreach services.

As resources dwindled the library rebranded itself as the James J. Hill Center and opened its doors to weddings and private social events. It closed in 2019, two years short of its hundredth birthday.

“Sic transit gloria mundi.” I will miss the place.

John Diers is a Prior Lake resident who spent 40 years working in the transit industry and is the author of “Twin Cities by Trolley: The Streetcar Era in Minneapolis and St. Paul” and “St. Paul Union Depot.” To submit questions or topics for community columnists, email editor@plamerican.com.