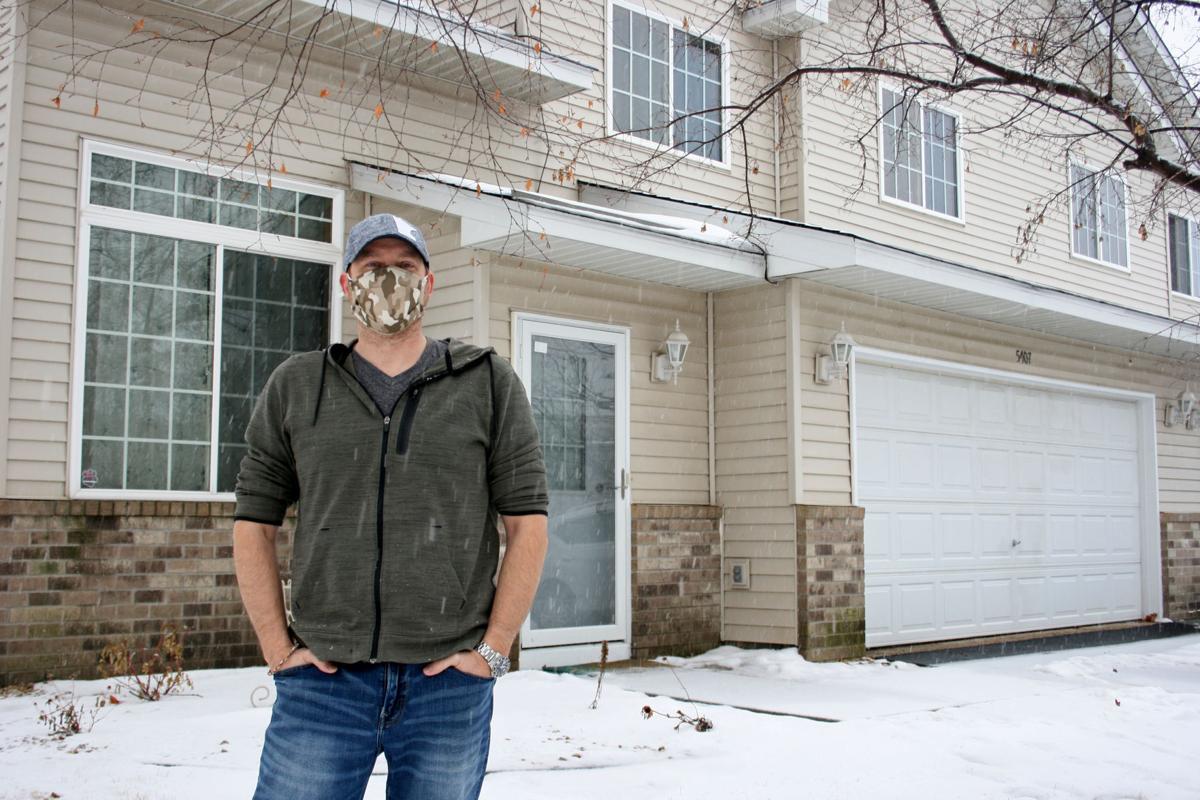 Joseph Boehmer, president/managing broker for Homestead Plus, described being a landlord and property manager during the pandemic as “unnerving.” 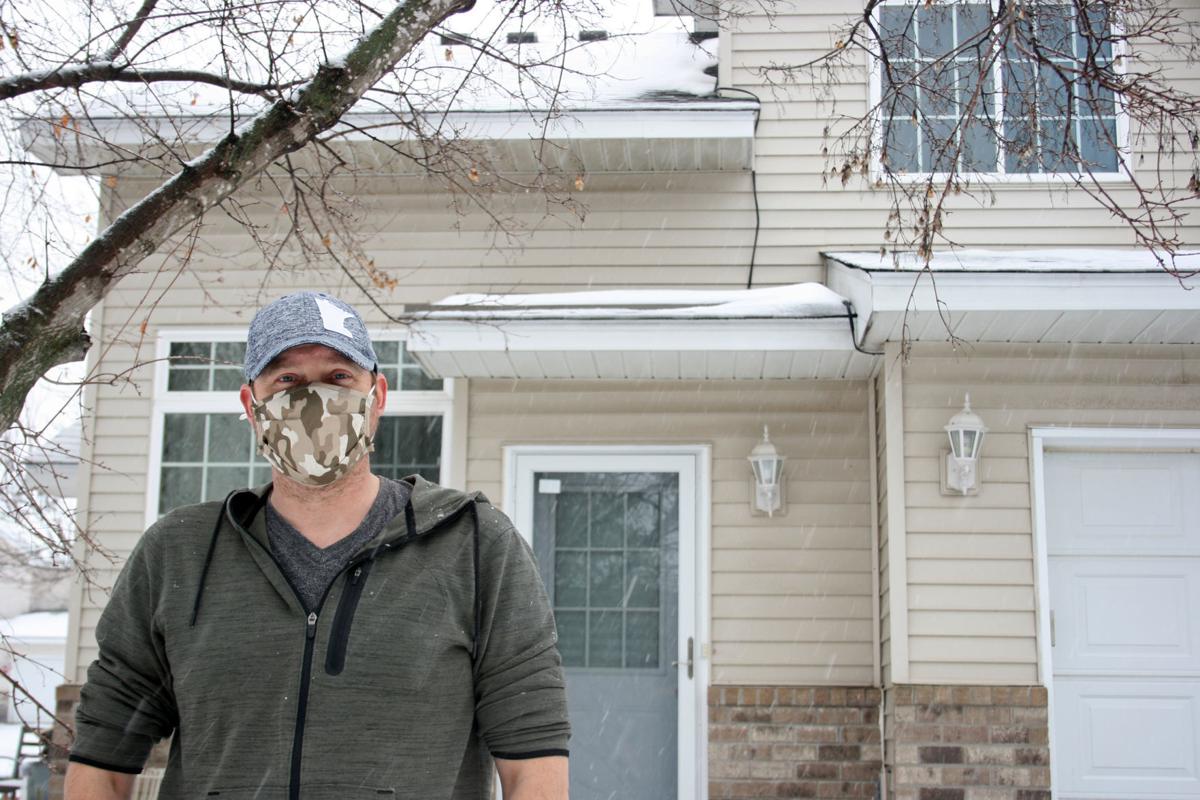 Joseph Boehmer, president/managing broker for Homestead Plus, LLC stands in front of one of his rental units in Prior Lake. He is a private landlord for six properties and the property manager for around 80 properties in the metro area.

Joseph Boehmer, president/managing broker for Homestead Plus, described being a landlord and property manager during the pandemic as “unnerving.”

Joseph Boehmer, president/managing broker for Homestead Plus, LLC stands in front of one of his rental units in Prior Lake. He is a private landlord for six properties and the property manager for around 80 properties in the metro area.

In March, Chelsey and Chase Ireland were searching for a new place to live. Having just adopted a puppy, they wanted a home with a yard in place of their current apartment. With the pandemic looming, “it strangely felt like the right time to move,” Chelsey Ireland said.

The two started searching Craigslist and came across an advertisement for the perfect place, but as restaurant workers, they had to question whether they would have the means to pay their monthly rent over the following months.

The economic toll of COVID-19 is widespread. With many facing reduced hours or total job loss, paying rent has become increasingly difficult — and without it, landlords are having trouble making their mortgage payments.

With uncertainty in their job security, the Irelands contacted Joseph Boehmer, president/managing broker for Homestead Plus, LLC and private landlord, about the advertisement for a home in St. Louis Park.

“We went into it telling him we have no idea basically what our income is going to be moving forward. We can’t really promise anything at this point,” Chelsey Ireland said.

Boehmer has family in the restaurant industry and Ireland took some comfort in knowing he could empathize with her own situation and the couple moved in May 2020.

“For lack of a better description, it was weird looking to move with everything going on,” she said.

While both Chelsey and her husband were out of work for some time last year due to COVID-19, they were fortunate enough to be able to stay on top of their bills including their rent. Their finances “took a big hit,” but with savings and eliminating all extra spending like going out to dinner and other activities, they were able to keep up.

If things hadn’t worked out for them financially, they were at least grateful their landlord was understanding.

“I just kind of felt that if we were in that sort of circumstance that he would be willing to work with us,” Chelsey Ireland said.

Boehmer personally owns and rents out six properties within Scott County with eight total tenants. He also manages approximately 80 properties throughout the metro area spanning into Carver, Washington, Hennepin, Le Seur and a few other counties.

He feels his experience as a private landlord navigating the pandemic hasn’t been as bad as others. The Irelands and the majority of Boehmer’s personal tenants have been able to pay their rent, but a number of the tenants in the properties he manages have been struggling over the last year.

A couple of his tenants are just a few weeks behind as they’re now receiving smaller unemployment checks and three of them haven’t paid their rent since the shutdowns in March, he said.

“It’s been a hard fight with them just trying to figure out what to do there and of course we don’t have the repercussions that we used to have because of the restrictions,” he said.

Minnesota Gov. Tim Walz signed an executive order suspending evictions in response to the pandemic. This keeps landlords from evicting their tenants, but does not reduce or waive rent in any way for those struggling to pay rent.

If rent doesn’t come in, Boehmer’s figuring out how to make the mortgage payments.

What’s it like being a landlord during the pandemic? “Unnerving,” he said.

“You’re talking five months of trying to pay your mortgage while you’re not receiving any money,” Boehmer said. “There’s no recourse.”

Communicating with his tenants regularly is the best way he figures to manage it.

How long do you need? Can you get me this much by this time? All questions he’s had to ask over the last year, so he can also keep his finances on track.

If a tenant’s unable to pay rent, he takes on the late charge from his mortgage company.

“I’m going to take a hit and make sure my tenant doesn’t see it or recognize it because I can’t keep piling stuff. It’s kind of like a credit card situation, if you just keep piling stuff on them they’re eventually going to quit. It’s one of those things where you just kind of give up and then what do we do? We’re at the point of no return,” he said.

It’s all a delicate balancing act, juggling the finances of multiple families and your own. Looking at where they can shift money from one place to another, what ones can possibly be paid on time.

The first round of CARES act funding helped Boehmer “tremendously,” he said.

“I was able to cover close to two dozen tenants with that CARES package. Some of them that had not paid in literally four to five months, so we’re talking five, six, seven sometimes $8,000 worth of rent that got covered by that first CARES act. So that was huge,” Boehmer said.

But that ran out in November and now there is “nowhere near the funds available,” he added.

Boehmer has been checking in with counties around the metro to see what assistance they can offer landlords and tenants. He said he’s received a lot of direction on where to get assistance from the Scott County Community Development Agency who recently received $350,000 for landlord assistance through a state aid package.

The aid will cover delinquent rent and applications opened on Jan. 4. However, applications to the Landlord and Rental Property Owner Assistance Program have already exceeded the funds available.

“Scott County is continuing to look for resources to assist landlords with unpaid rent,” the Scott County CDA website states.

In Carver County, the county board approved funds for a housing assistance program in August. There were 93 applicants and 65 were approved. Homeowners received, on average, $5,920, while renters received $3,317 on average, the Carver County website states.

Another $1 million in housing assistance for landlords and tenants was approved on Dec. 15 and the CDA plans to administer the program this month.

It’s these sort of programs Boehmer’s always looking out for for himself as a landlord and for his tenants.

“We’re trying to find them options. That’s been my biggest thing is finding the options that are out there and helping them along the way,” Boehmer said.

He’s thrown offers out to his tenants like a discount on rent in exchange for maintenance and repairs at his other properties.

While some assistance programs have run dry and extra unemployment money has been reduced to $300 “that doesn’t mean there’s no help available for anybody,” he said. “That’s what people need to know, to ask. It’s not an embarrassment anymore. People that are seen as affluent in the city, inside their community, neighbors are struggling. This isn’t like it was back in April and May this is way different.”

With the unknown as the only constant amid the pandemic and financial hardships still to come in the foreseeable future, he hopes neighbors are checking in on one another and those facing tough times reach out for help, whether a landlord, homeowner or tenant, Boehmer said.

"Everybody needs to know that even a restaurant owner has a family, has a house, has people to support besides just this business and they may not be able to do it on their own anymore."