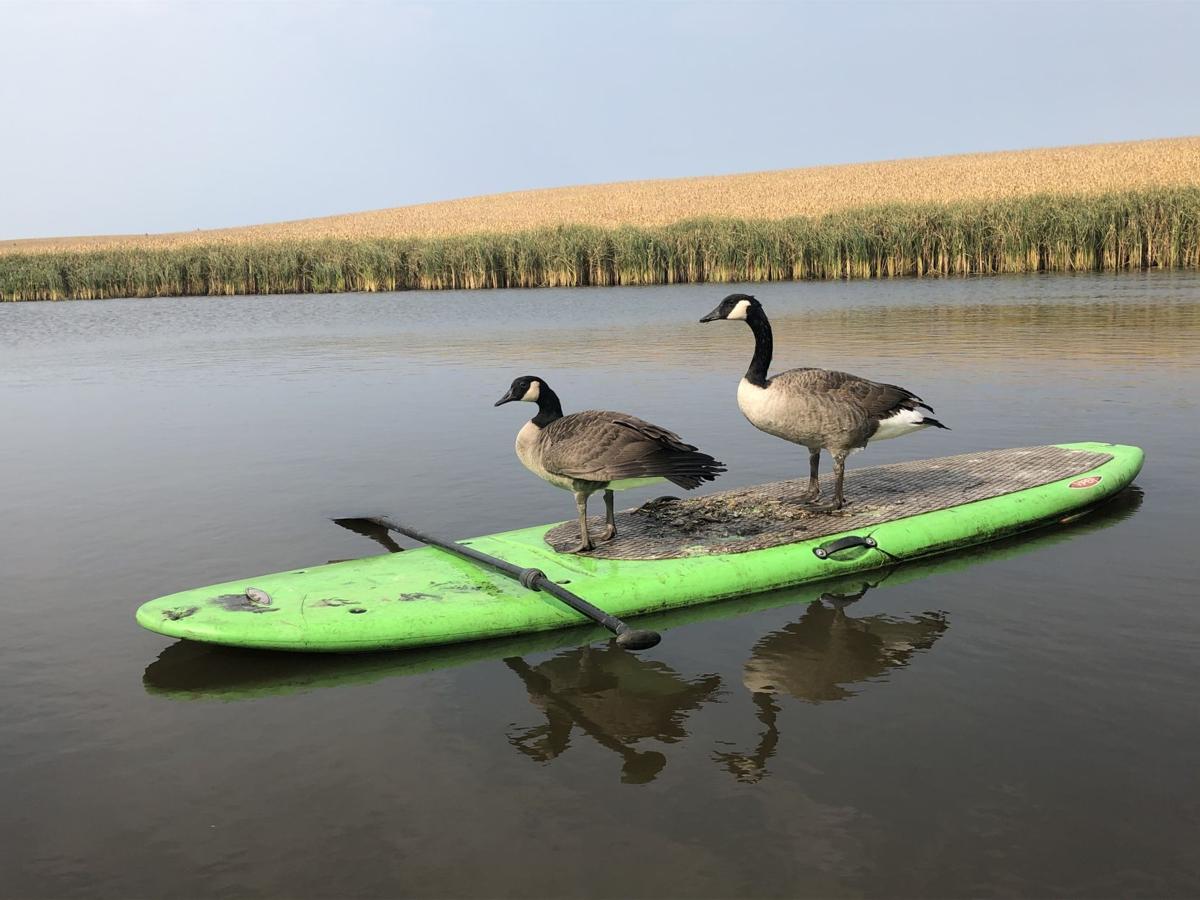 Peeps and Puddles float on a paddleboard on Prior Lake. 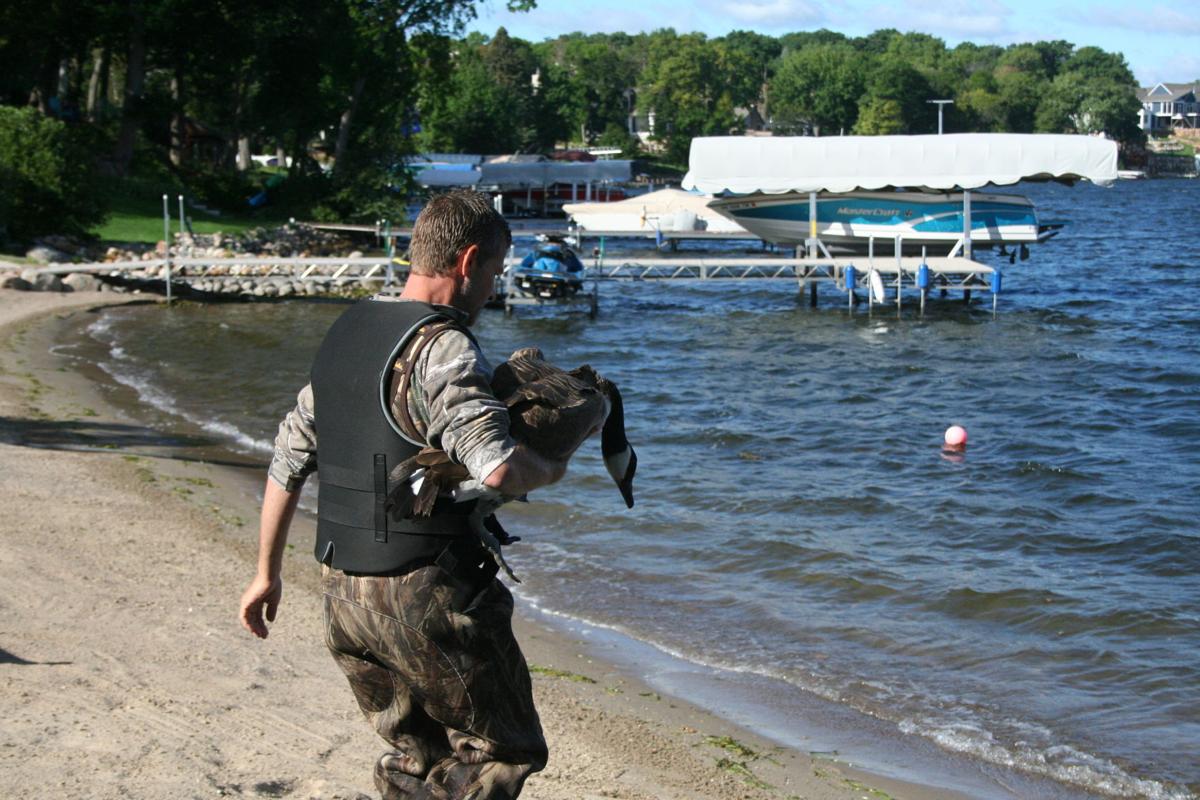 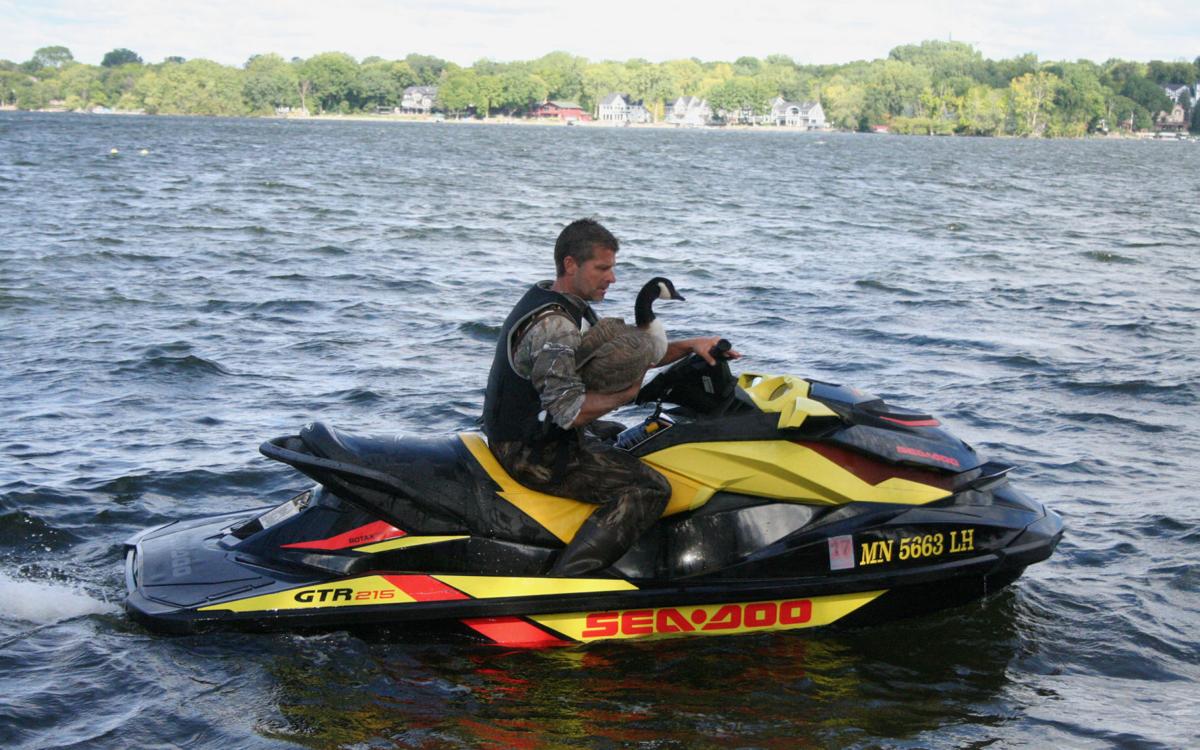 Ron Hendrickson and Peeps the goose on Prior Lake in Sept. 2020.

Peeps and Puddles float on a paddleboard on Prior Lake.

Ron Hendrickson and Peeps the goose on Prior Lake in Sept. 2020.

A Canada goose known as "Peeps" has been separated from the Prior Lake family who raised the bird in violation of federal law, U.S. Fish & Wildlife authorities confirmed Friday.

One year ago, the Hendrickson family began raising Peeps on their 47-acre property near the Murphy-Hanhrehan Park Reserve.

Peeps gained notoriety during frequent trips to Prior Lake. The Hendricksons would transport the goose to the lake in their vehicle and allow it to fly around alongside jet skis and boats.

A second goose, Puddles, joined the Hendrickson family this fall after being injured by a hawk as a gosling. Peeps and Puddles were soon inseparable, according to Ron Hendrickson.

"They belong together," he said. "They're so in love."

On May 3, Puddles returned home in the evening without Peeps.

The Hendricksons began searching for Peeps before learning on Wednesday the goose had been picked-up by authorities in Savage after trying to enter someone's car.

Geese are protected under one of the oldest federal conservation laws — the Migratory Bird Treaty Act.

While Peeps and Puddles drew a fanbase on social media, the pet-like treatment of the birds also landed complaints with the Minnesota Department of Natural Resources.

That's when the U.S. Fish and Wildlife Service began investigating, according to Tina Shaw, a public affairs specialist with the agency.

"This goose is not owned by anybody," she said. "It's wild."

Federal agents contacted Ron Hendrickson in December to inform him he'd been violating federal law, according to Shaw. They didn't issue a citation, but sought to educate the family and instructed them to stop detaining the goose.

In an interview, Ron Hendrickson admitted he didn't follow instructions.

Despite mistakes made in the past, he and others advocating for Peeps to return home say there's no better place for the goose to live out its days.

"He's so so important to so many people," he said.

As of Friday afternoon, a change.org petition to "Bring Peeps Home" had collected over 900 signatures.

"We are asking for a pardon or exception to be able to bring Peeps home and care for him and Puddles for the rest of their natural lives," the petition reads.

Peeps is currently being cared for and evaluated by a licensed wildlife rehabilitator, according to Shaw. They are working to determine if Peeps will be able to return to the wild.

"There is no legal path for a regular citizen to keep a wild animal," she said.

As for Puddles, she said agents are aware of the goose and hoping "good choices" will be made to let the animal be wild.

The agency hasn't reached a decision about issuing a formal citation, according to Shaw.

It's not uncommon for ordinary citizens to encounter a baby bird in the spring and summer months.

While it's common practice to scoop up the bird and transport it to a rehab facility, the U.S. Fish and Wildlife Service says this often does more harm than good.

That's because most of the young birds found by people are fledglings — baby birds that've grown too big for the nest.

Fledglings will often disperse into surrounding vegetation to hide from predators that might've found the nest. Despite appearing alone, they keep in touch with their parent using certain types of calls and food is brought to the baby.

Nestlings are baby birds that may actually need help to survive — these birds appear mostly featherless with their eyes not yet open.

If there's a nest nearby, it's okay to place the baby back in the nest, according to the U.S. Fish and Wildlife Service.

"If you can safely replace the nestling, do so as soon as you can," the agency's website states. "If you are in a natural area, park or refuge, it is probably best to leave everything alone."