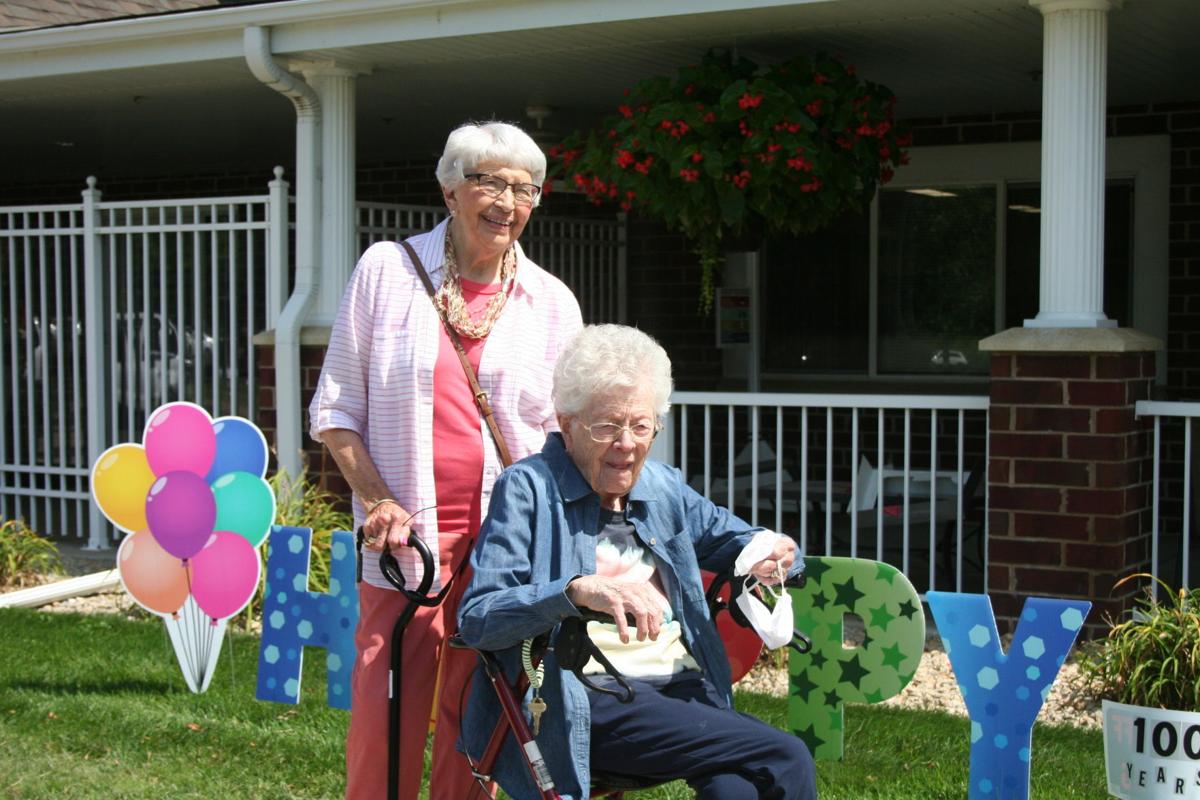 Barbara is seen with her friend Beverly Simpson. Beverly is the mother of Barbara’s daughter-in-law Sara Hagerman. The two have been friends and “boozing buddies” for decades. 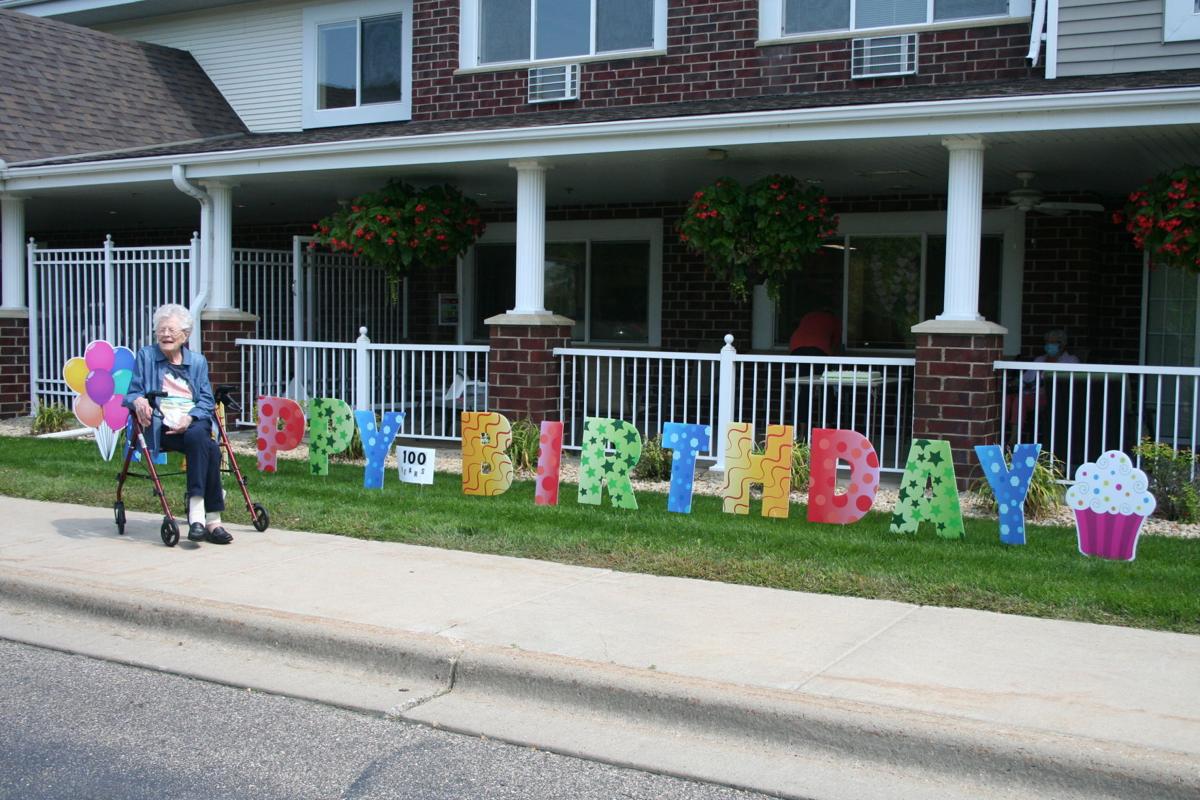 Barbara Hagerman sits outside of New Perspective Senior Living on her 100th birthday. Her family, friend and staff joined her in celebration on Aug. 21. 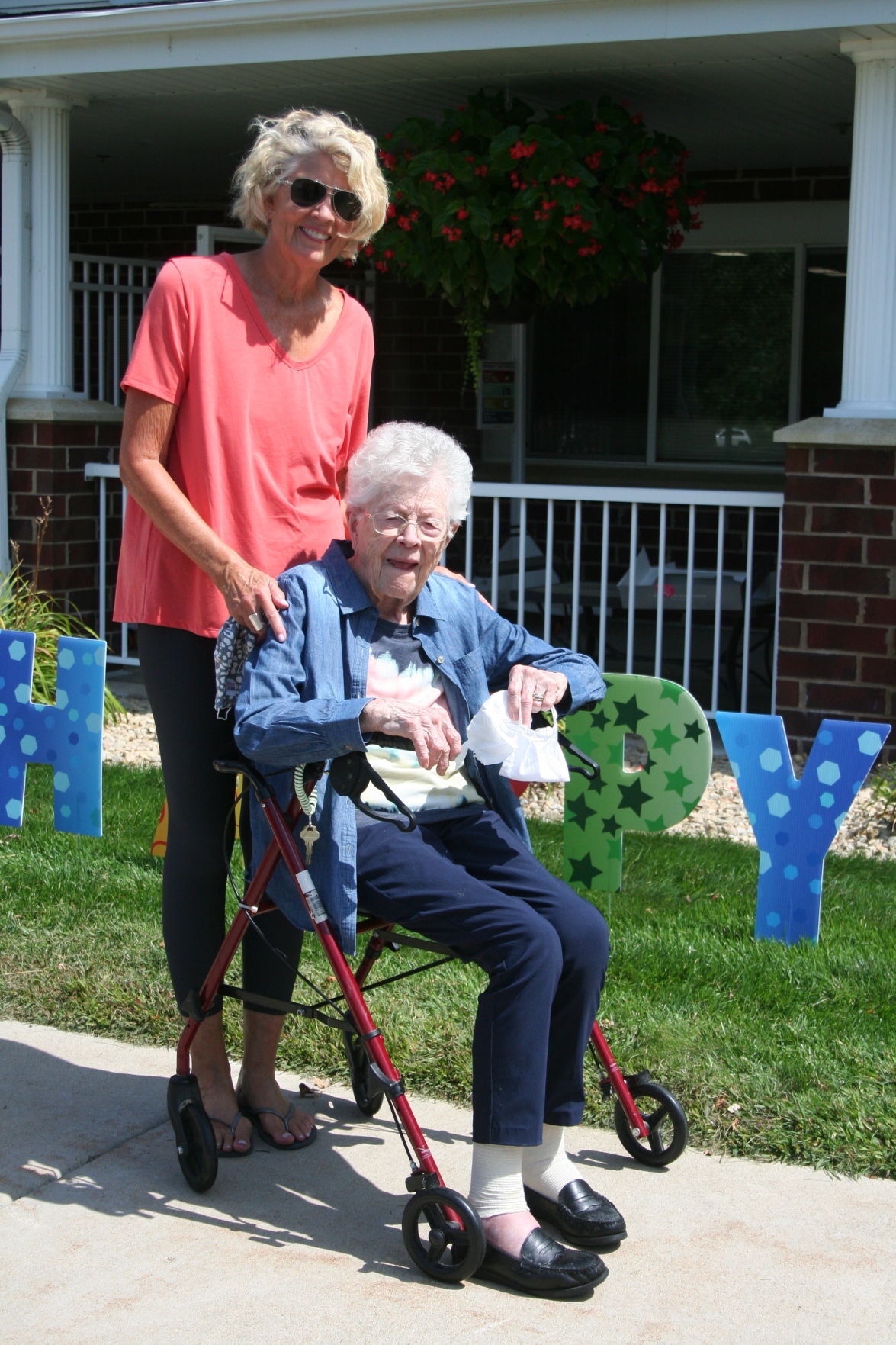 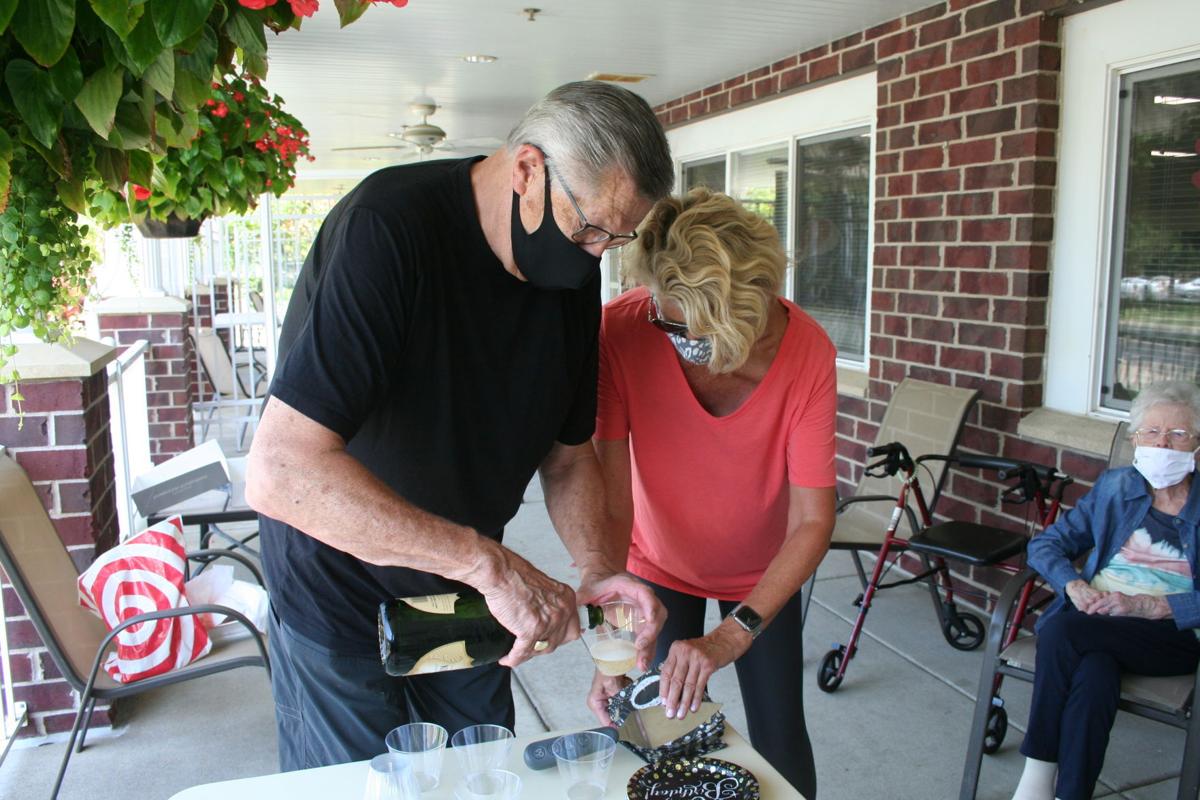 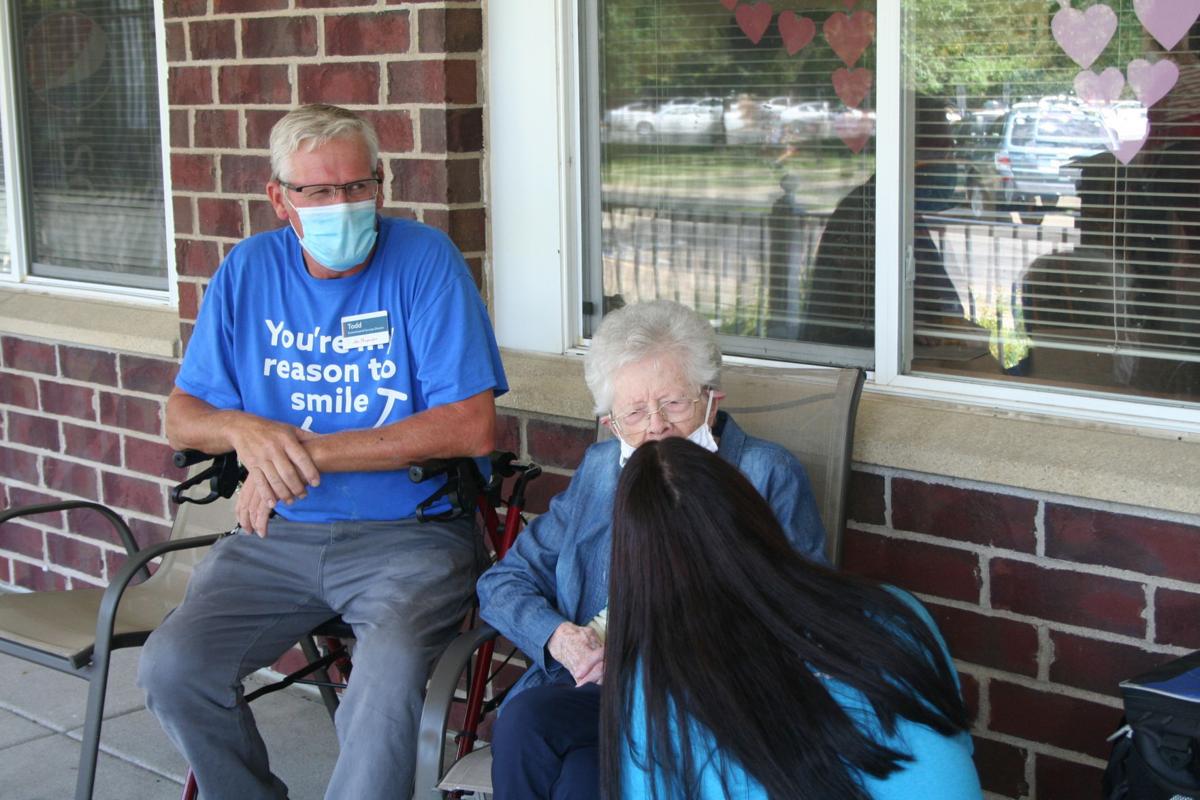 Barbara is seen with her friend Beverly Simpson. Beverly is the mother of Barbara’s daughter-in-law Sara Hagerman. The two have been friends and “boozing buddies” for decades.

Barbara Hagerman sits outside of New Perspective Senior Living on her 100th birthday. Her family, friend and staff joined her in celebration on Aug. 21.

Even coronavirus couldn’t stop Prior Lake resident Barbara Hagerman and her family from celebrating her 100th birthday on Friday, Aug. 21 at New Perspective Senior Living.

Barbara says turning 100 made her feel just as you’d expect — “old.” But even with age she has kept a positive attitude.

Positivity is what she credits her long life to, but there are a few things she has done everyday for a century that may also have contributed to her longevity.

“She always eats three squares a day, a piece of chocolate at the end of the day, but she does not eat in between meals. No snacking,” said her daughter-in-law Sara Hagerman.

And the occasional glass of wine and champagne may have helped too, Barbara’s friend Beverly Simpson added.

Throughout her life, Barabara has always been a dedicated and determined woman, her son Craig Hagerman said. She had many jobs in her younger days, belonged to a number of women’s clubs, was an avid church-goer, wonderful at needlework and bridge, and at one point a world traveler.

Being able to celebrate 100 with his mom was “amazing,” Hagerman said.

He is grateful for his mother’s attitude toward life and the valuable lessons she taught him, he said.

“This woman, she taught us that everybody is the same. As she put it to me, everybody puts their pants on the same way. I remember as a little kid she taught us that and that’s the way she always treated people,” Hagerman said. “She’s always open-hearted and friendly. I’ve never seen her get mad — exasperated but not mad. She just feels that everybody is on an even field, always been that way. She was always sweet and nice but she was kind of the one who took charge and took control of things.”

When asked if she was going for 101 years old, Barbara said it’s too far away to tell, but her son said “nothing would surprise me.”