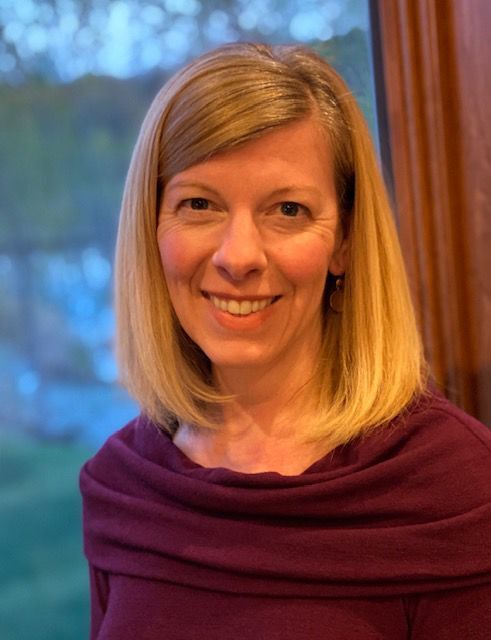 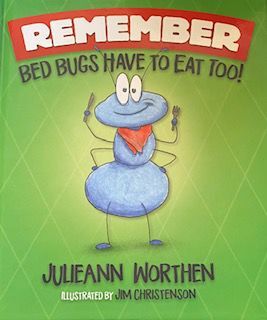 “Remember, Bed Bugs Eat Too!” is a fun children’s story based of the phrase “Don’t let the bed bugs bite” written by Prior Lake resident JulieAnn Worthen and illustrated by Jim Christenson of Prior Lake.

It’s a timeless rhyme that might take you back to being tucked in as a child or saying goodnight to your own children. For Prior Lake resident JulieAnn Worthen, it is a reminder of those memories — but it was also the inspiration for her first children’s book.

Worthen was saying goodnight to her 10-year-old son while on the phone with her father. “Don’t let the bed bugs bite,” she said.

On speakerphone, her father pipes up to say, “Well, those poor bed bugs have to eat too!”

And Worthen thought he just might be right. She sat down and wrote the text for her book in just 30 minutes.

“Remember, Bed Bugs Have to Eat Too!” was illustrated by Prior Lake resident Jim Christenson and published in early September by Mascot Books.

“It’s a zany, sweet book I think a lot of people can relate to,” Worthen said.

From start to finish, the entire process took about two years and thankfully, Worthern was able to share the book inspired by her father Arnold Sommerfeldt with him before he passed in February.

“The week before he died I actually wrote the dedication page and I read it to him. I was going to wait until he saw the actual book and I am so glad I didn’t wait because he passed not too long after but he was so pleased, he was so thrilled with it,” Worthen said. “It’s kind of like a tribute to him too.”

The book captures her dad’s sense of humor and tells a playful story of a bed bug’s appetite. It’s uniquely illustrated and even features an illustration of Hasbro’s classic Bed Bugs game.

“There’s a lot of personality in the characters, their expressions. It’s uplifting, there’s nothing scary about it. It’s just really cute,” Worthen said.

While the book is of course intended for children, it’s a story individuals of all ages will relate to with it’s play on the popular phrase, she added.

“Remember, Bed Bugs Eat Too!” is available for preorder on Amazon and will be released Jan. 5. It can also be purchased at Mascot.com, Barnes & Noble and Books-A-Million.

Those who would like a copy sooner can contact Worthen directly for a signed copy by emailing BedBugsRock1@gmail.com. The cost is $15 and includes shipping anywhere in the U.S.