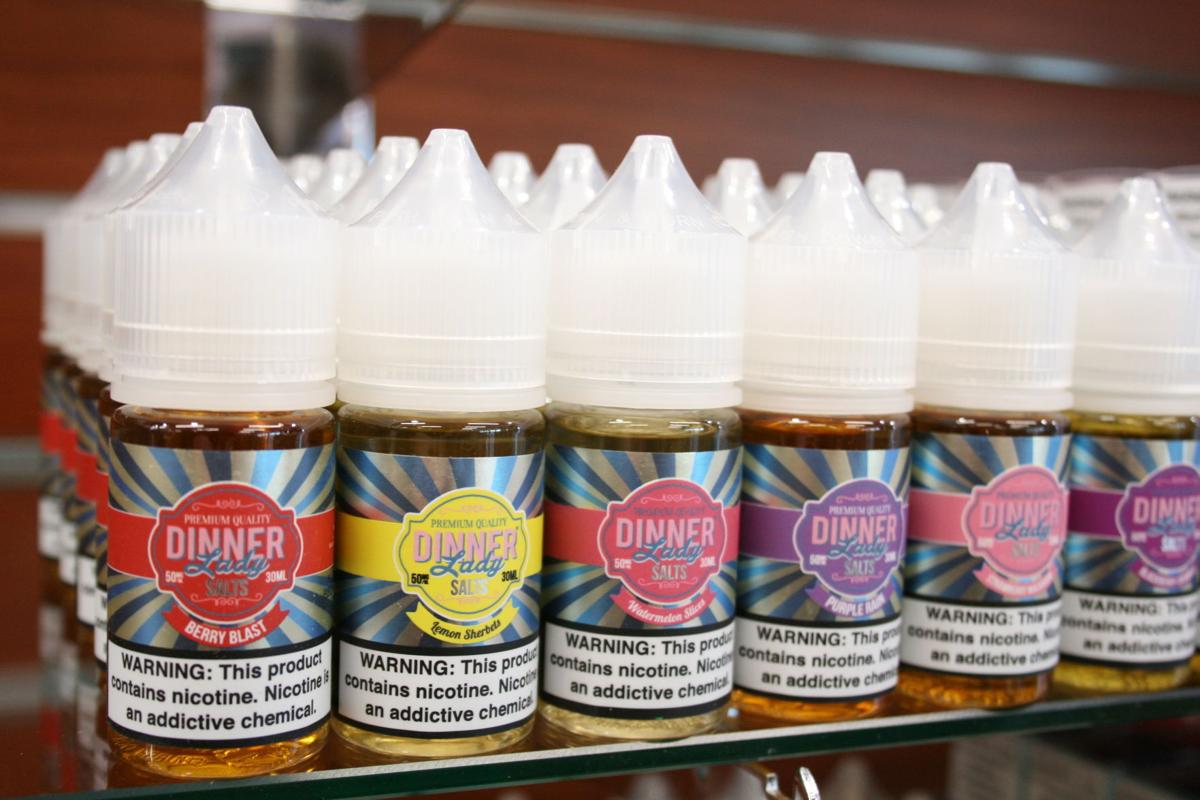 The Prior Lake City Council will now consider adopting a proposed ordinance that would ban the sale of flavored vape products within the city during its April 5 meeting. 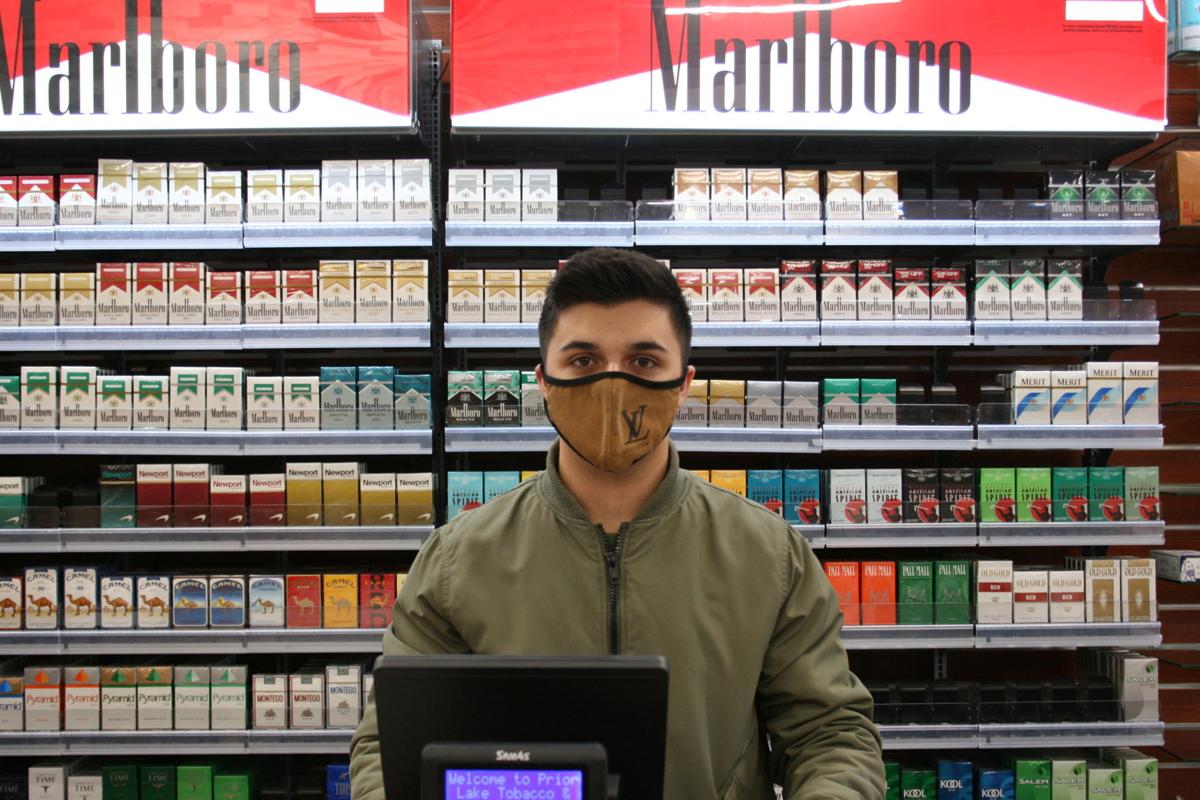 Prior Lake Tobacco and Vape Inc. employee Ismail Abu Yosef stands at the register of the new store, which will soon open in Prior Lake. While the city council discusses the possibility of banning flavored e-cigarette products, the store will be able to sell them. 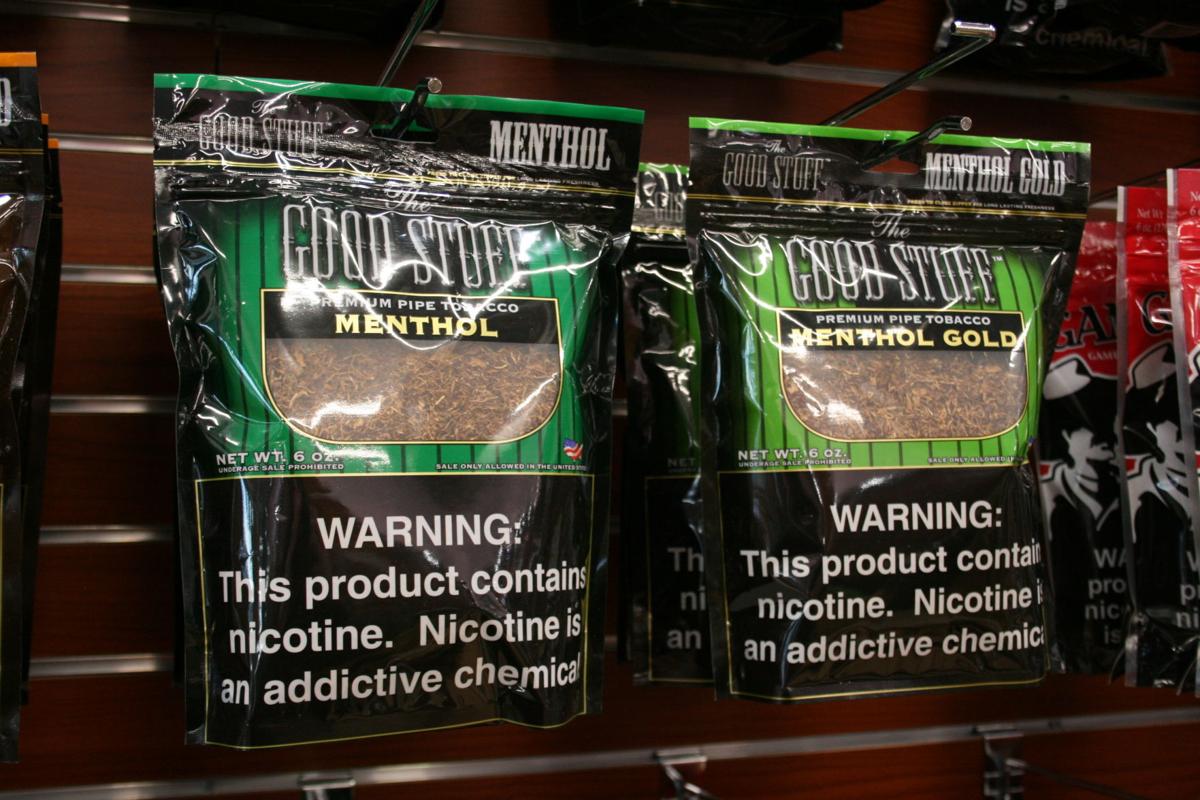 Prior Lake Vape and Tobacco Inc., located in the Village Mall, will also sell flavored and regular tobacco products, cigars and e-cigarette hardware. 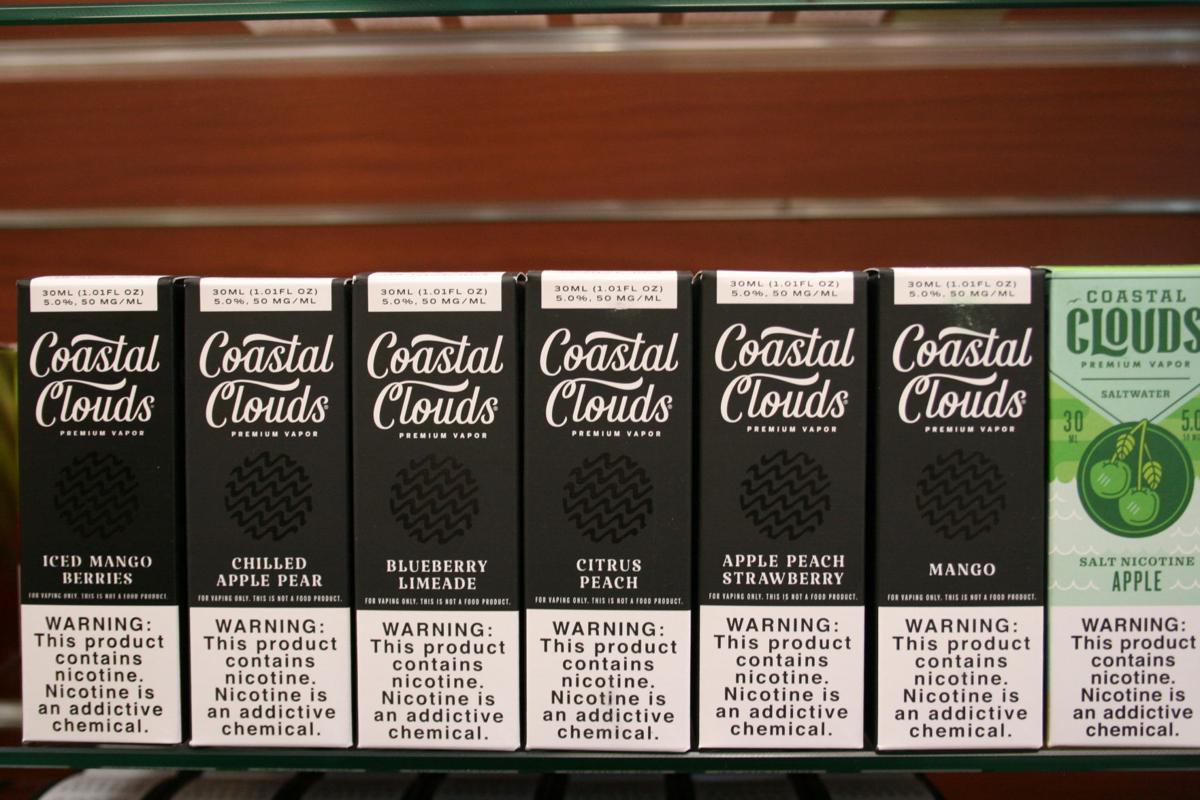 The Prior Lake City Council discussed drafting an ordinance which would ban the sale of flavored e-cigarette products within the city at its most recent meeting. The council’s greatest concern is the affects of vaping on youth.

The Prior Lake City Council will now consider adopting a proposed ordinance that would ban the sale of flavored vape products within the city during its April 5 meeting.

Prior Lake Vape and Tobacco Inc., located in the Village Mall, will also sell flavored and regular tobacco products, cigars and e-cigarette hardware.

There are currently three locations in Prior Lake to purchase e-cigarette products and the approval of a tobacco and e-cigarette retail license by the city council will shortly make that four.

Prior Lake isn’t the first city to consider stricter regulations than recognized by the state.

The Prior Lake City Council has previously discussed the sale of such products and added e-cigarettes to its tobacco licenses but did not enact any prohibitions or regulations as they were waiting for state action, city documents state.

When the application for the first tobacco and e-cigarette store in Prior Lake reached the council it sparked a larger conversation about the regulation of e-cigarettes within the city — the council’s greatest concern being the effect of vaping on youth.

“One of the things that’s disheartening to me is for the past ten years the tobacco industry worked really hard and made lots of progress on youth not smoking cigarettes,” Councilwoman Annette Thompson said. “It was way, way down. Then they came out with liquid devices and all that hard work has kind of been wiped out and kids are now vaping.”

According to the CDC, most e-cigarettes contain nicotine which is harmful to the development of adolescent brains.

Sponsored by the Statewide Health Improvement Partnership, Saint Paul-Ramsey County Public Health and the Association for Nonsmokers-Minnesota, seven Ramsey County high school students created a convenience survey centered on the impacts of COVID-19 on youth vaping. Responses were collected from students in 13 counties.

When asked where they were getting the vape products, 81% of respondents said from their friends, 47% reported they purchased them from stores and 13% said online.

In the spring survey, 3% of the 369 respondents said they vaped more often since the “Stay At Home” order began.

Each member of the council expressed their concern for the health of Prior Lake youth.

Testimony from a drug court judge

The council also heard two testimonies during the public forum portion of the Nov. 16 meeting, one being from Scott County First Judicial District Judge Christian Wilton who presides over Scott County Treatment Court.

It was the first-ever council meeting attended by Wilton who said he felt compelled to attend because of his position.

In a phone interview, Wilton said he had no problem with adults making the decision to smoke or vape, but he perceives many of the products to be targeted at youth.

“We have one priceless thing and those are our kids and our kids today are our leaders tomorrow,” he said. “What we don’t need and don’t want our kids are addicted to chemicals and nicotine.”

While surrounding cities don’t yet have restrictions on e-cigarette products, Wilton hopes Prior Lake acts as a leader and their implementation of a moratorium is the first step, he said.

After the approval of the moratorium, the council directed city staff to draft an ordinance to be reviewed by the council at the Jan. 4 meeting. The ordinance will outline regulations for flavored e-cigarette sales within Prior Lake.

“I certainly think it would be reasonable for us as a community to place a moratorium as the mayor suggested and truly and create a policy that we’re comfortable with that bans the flavors,” Burkart said. “I think that’s the least we can do for the youth of our community knowing full well they can go next door and get what they want.”

Passing such an ordinance may come with some legal ramifications, said City Attorney Sarah Schwarzhoff.

While the council has not yet decided the extent of their ban on flavored products, a broad ban of flavored tobacco and e-cigarette products resulted in a lawsuit for Edina.

The lawsuit was initially dismissed, but after an appeal from a tobacco company it made its way back to the federal courts.

“The main argument we’ve seen so far is that the federal and state tobacco laws preempt the city from taking any action,” Schwarzhoff said. “The court disagreed at least once, but we don’t know where it will head from there so that will certainly be a part of the discussion we have with the council if they want to take that action that’s the risk they’re taking is that one of the tobacco companies, or one of the sellers in the city would sue trying to invalidate the ban.”

The moratorium prevents other applicants from coming forward until the council has come to a decision. The approval of the application received means the owner of the new tobacco and vape store will be able to open and sell flavored products for the time being, but the applicant will not be grandfathered in, meaning if the ordinance bans flavored products, those items will have to be removed from the store’s shelves.

A ban of flavored products would also remove them from the shelves of the three convenience stores in Prior Lake that currently sell them.

Owner says ban would be ‘devastating’

Ibrahim Aqel is the owner of tobacco and vape shops in Lakeville, Hastings, Maplewood and he will soon open Prior Lake Vape and Tobacco Inc at 16731 Highway 13 South, Suite 112, in the Village Lake Mall.

Though still organizing products, flavored e-cigarette juices have already made their way to the shelves of Aqel’s store as well as regular tobacco products, cigars and more. For the next month or so he will be able to sell them to Prior Lake residents and visitors.

Aqel was grateful to hear of the approval of his application for a license to sell tobacco and vape products by the council, but worries for the future of his store as the city contemplates banning some of the products he carries.

“It definitely will affect my business big time,” he said

In his other stores, flavored nicotine products make up 25-35% of his sales and e-cigarette hardware makes up roughly 10%.

“All that, we will lose if the sales of vape and flavored nicotine would be banned,” Aqel said.

Banning the sale of flavored products carries the potential to close Aqel’s doors completely. If his overhead costs outweigh his profit he would have to shut down and may not be able to uphold the lease for his space.

“It would be a devastating financial impact,” he said. “The city council, they have the right to protect the public interest and also I know where their worry is coming from, which is underage smokers being able to obtain the vape or nicotine products,” he said.

Prior Lake Vape and Tobacco is only for of-age consumers and no persons under the age of 21 will be able to purchase from the store. Each customer’s ID is scanned before purchase, Aqel stated.

He believes if youth are determined to get flavored products they will find a way of doing so regardless as they have proved with other substances such as marijuana.

“It is controlled and it’s not sold anywhere. How many kids have tried marijuana?” Aqel said.

According to the National Institute on Drug Abuse, marijuana is the most commonly used illicit drug in the U.S. by teens and adults and the CDC states that 38% of high school students report having used marijuana.

The colorful packaging and multitude of flavors such as gummy bear, unicorn milk and watermelon, was another point in the council’s argument against flavored products, which they said seemed to be advertising to youth.

“You go to the liquor store and there are flavored products and so many kinds, is that advertised for kids?” Aqel argues.

Aqel said his storefront won’t make access to flavored products easier. Instead of limiting products, conversation should be focused on educating youth on the risks of using vape and e-cigarette products, he said.

A Prior Lake store will allow residents to purchase their products locally instead of shopping online or heading to neighboring communities, he said.

In the last few months as he’s worked to open his storefront, Aqel has had the opportunity to speak with a few Prior Lake residents who welcomed him to the city.

He is hopeful the council will decide not to ban the sale of flavored products.

“I am uncomfortable with the flavors that the industry is pursuing because I think that's clearly targeted at the youth market.”