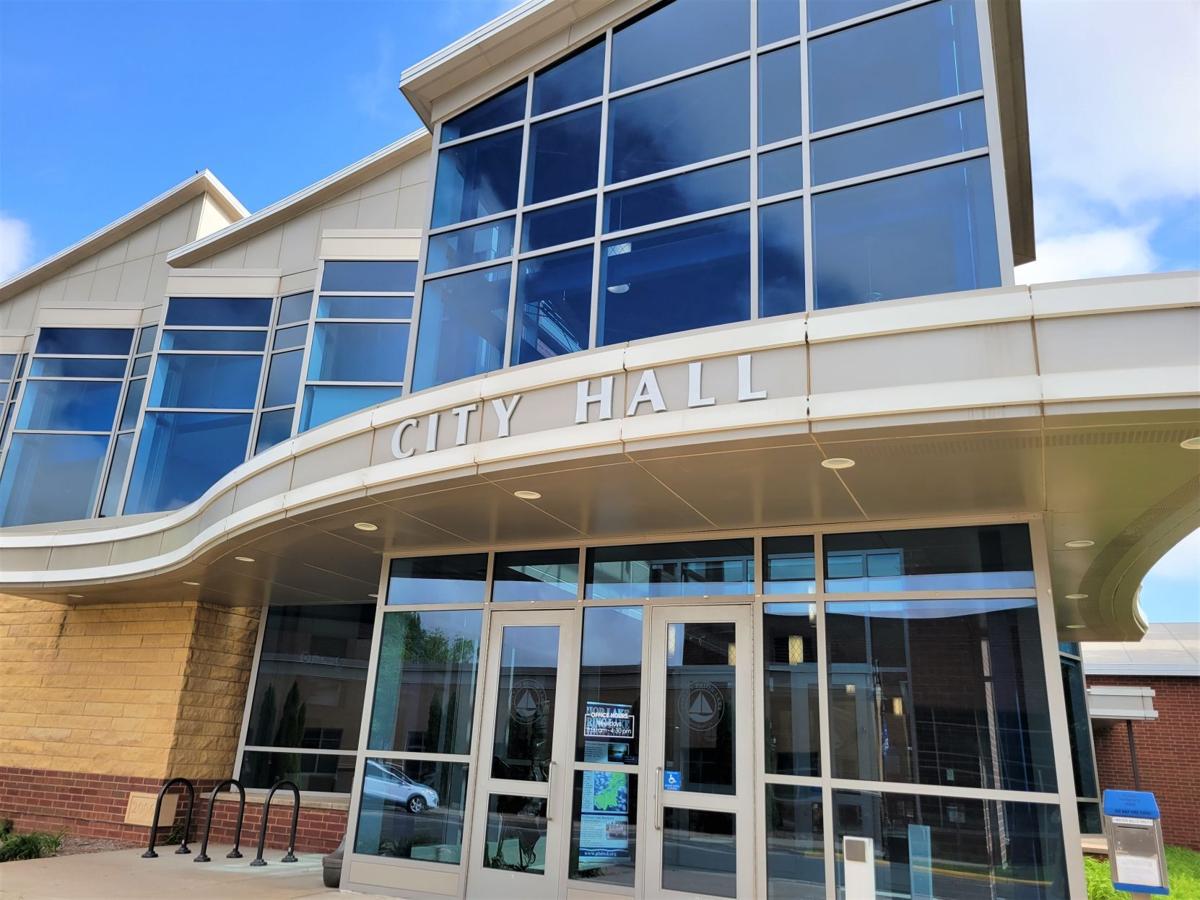 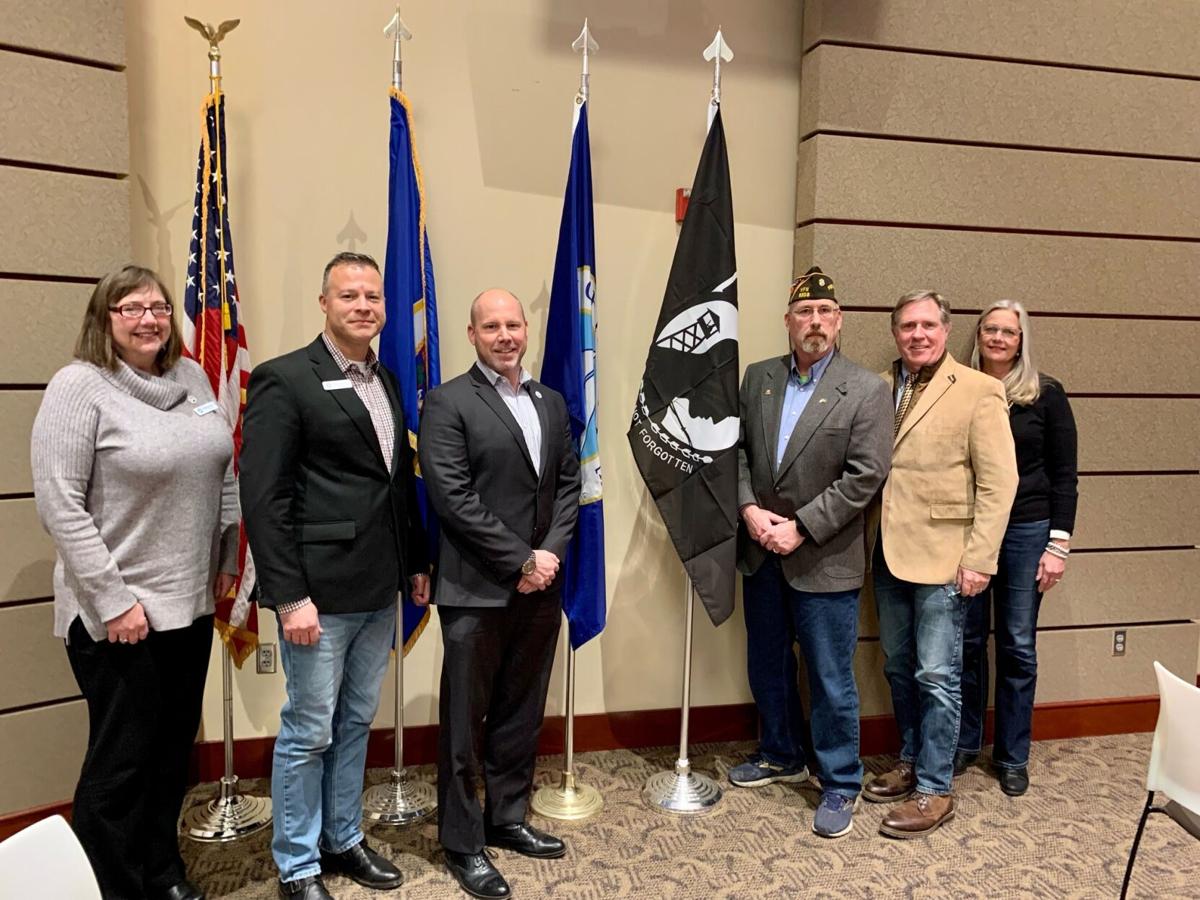 At the Prior Lake City Council meeting on Jan. 3, Dave Thompson, VFW Post 6208 Commander, presented the City with a POW/MIA flag donated by the Prior Lake VFW. 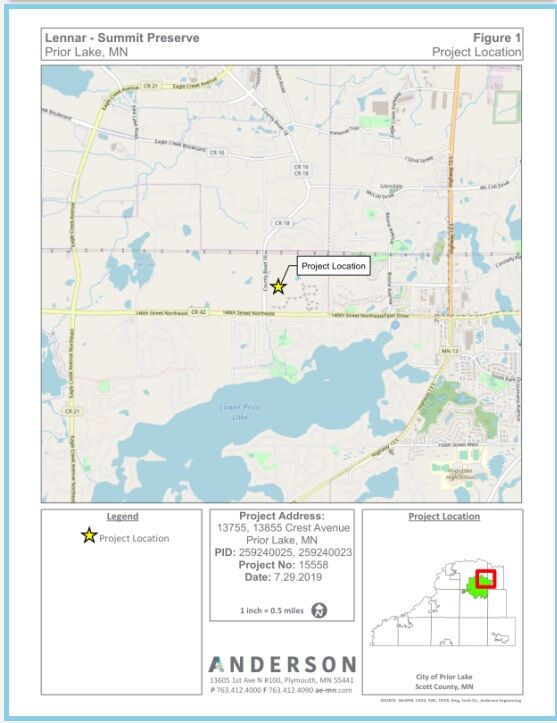 At the Prior Lake City Council meeting on Jan. 3, Dave Thompson, VFW Post 6208 Commander, presented the City with a POW/MIA flag donated by the Prior Lake VFW.

The first Prior Lake City Council meeting of the new year was held on Monday, Jan. 3. City council members discussed several items, including a flag presentation from the VFW, approval of a major amendment to a preliminary unit plan for the Villas at Crest Woods and consideration of a resolution to enter into a purchase agreement for city-owned property at 17232 Sunset Trail SW.

Much of the meeting was devoted to considering a resolution to enter into a purchase agreement for city-owned property at 17232 Sunset Trail SW.

Casey McCabe, community development director, presented information to the city council. He said city staff was contacted by the property owners to the south, at 17244 Sunset Trail, to see if the city would entertain an offer to sell the property so they can do a future home addition.

“The City of Prior Lake owns the property of 17232 Sunset Trail. This is lot 3 of Sunset Shore subdivision. It’s about 7,789 square-feet, with roughly 50 feet of shoreline and 50 feet of street frontage,” said McCabe. “Both the city’s comprehensive plan and zoning ordinance have this property guided and zoned for low-density residential. The site itself is mostly flat. There’s a few mature trees, some landscaping, concrete walk and bench on the lot as well.”

McCabe said the property was acquired by the city via warranty deed in 1977, about the same time the city was installing sanitary sewer around the lake.

“The purpose of the acquisition was for public utilities, later stormwater. Over the years, this property was being maintained by adjoining property owners,” said McCabe. “This parcel is not a city park — in that it wasn’t dedicated to the city or identified on a plat as a park land that was acquired for public utilities purposes — but some in the neighborhood have utilized it for recreation, leisure and canoe/kayak launch, etc.”

“The property owners, at their expense, had an appraisal submitted as well as a survey and paid additional legal costs to their representation of drafting of agreements,” added McCabe.

McCabe said the recommendation is to authorize the mayor and city manager to execute the documents necessary for the sale of city-owned property at 17232 Sunset Trail SW. If approved, staff recommends proceeds are split between the Stormwater Fund and Sanitary Sewer Fund.

After much discussion, city council members decided to table the item to pursue another appraisal and provide options for funding. The item will be discussed again at next month’s meeting.

POW/MIA flagDuring the meeting, local VFW Post 6208 thanked the city council for incorporating the Prisoners of War/Missing in Action flag to be flown in city council chambers to honor veterans who sacrificed their life for service to their country.

Wedel said the VFW graciously donated the POW/MIA flag to the city.

“I would like to say thank you for incorporating our VFW/MIA flag into your chambers,” said Thompson. “We at the VFW value our relationship with the city and all the things we do mutually together.”

Thompson also raised awareness that thousands of soldiers are still missing and it’s important to honor their memory.

“As of Dec. 30, 2021, there’s 81,600 still missing from conflicts of WWII, Korean War, Vietnam War, Cold War, Gulf Wars and other miscellaneous conflicts that our troops have been in harm’s way,” said Thompson. “When we look at that flag as a military organization, it is our job to serve and protect and do everything we can for our military veterans and one of those things is to honor the sacrifice of those who have gone before us.”

Villas at Crest WoodsCity council members also voted to approve a major preliminary planned unit development amendment for the Villa at Crest Woods, located at 13755 and 13855 Crest Ave. The project was approved by city council at its Nov. 15 meeting.

Matzke said the project’s developer has provided some additional information that the city council requested in regards to a building pad design cost and some feedback with the homebuilders that would be requesting such an amendment.

“The builder, Mr. Bill Stoddard, did provide the information from three different builders that are interested in the project to that effect and their desire to have a 40-foot-wide pad rather than a 38-foot-wide pad,” said Matzke. “The planning commission did review this at the Nov. 22 meeting and based on the activity of a development, the fact that it doesn’t change around the street design and the lot count for the project, the planning commission did recommend approval of the request for the amendment for the city council.”

Councilman Zach Braid made a motion to adopt Resolution 2211, to approve a major amendment to the preliminary unit plan for the Villas at Crest Woods, which was approved on a 4-0 vote.