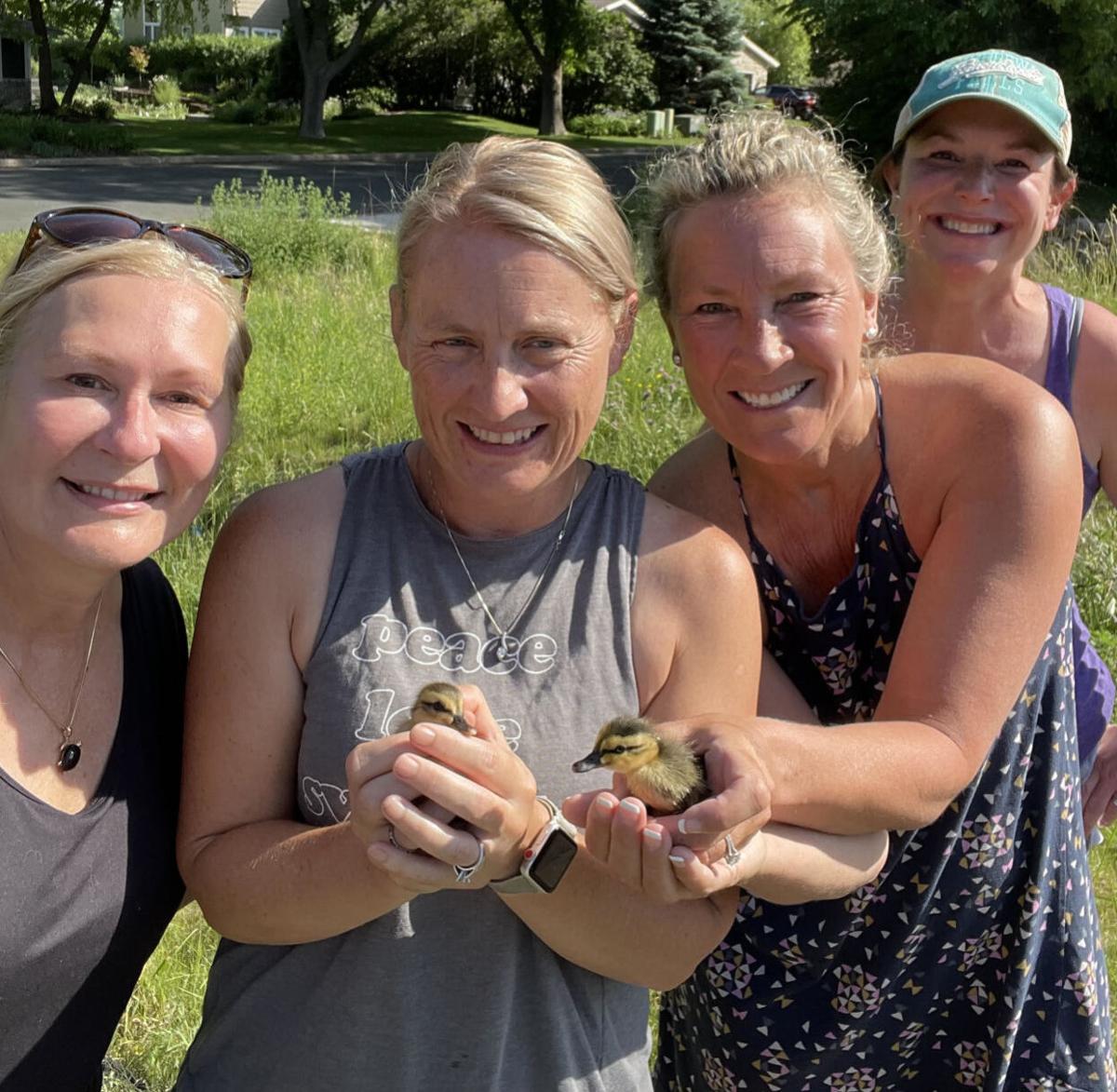 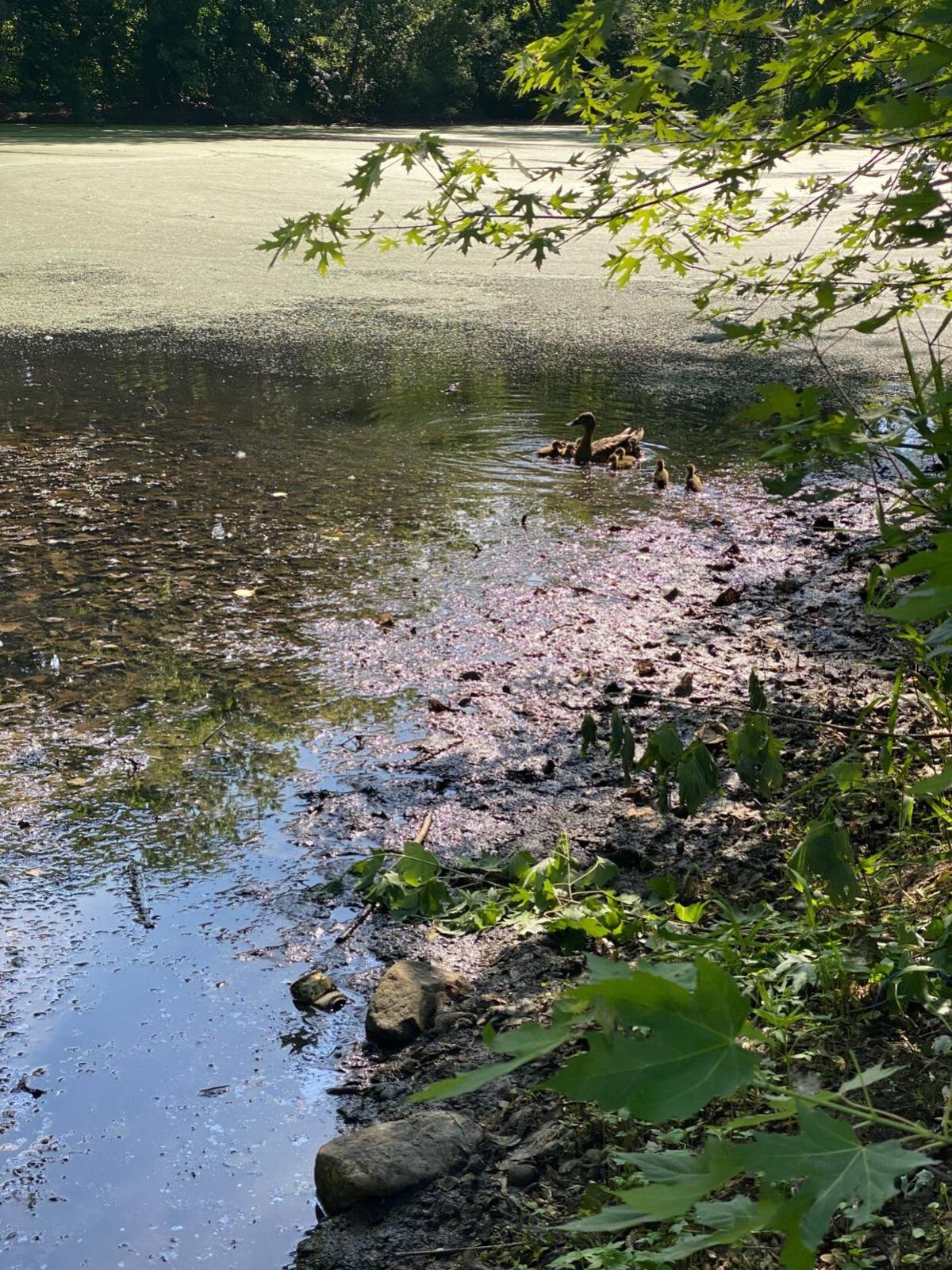 The rescued ducklings join their mother in the pond. 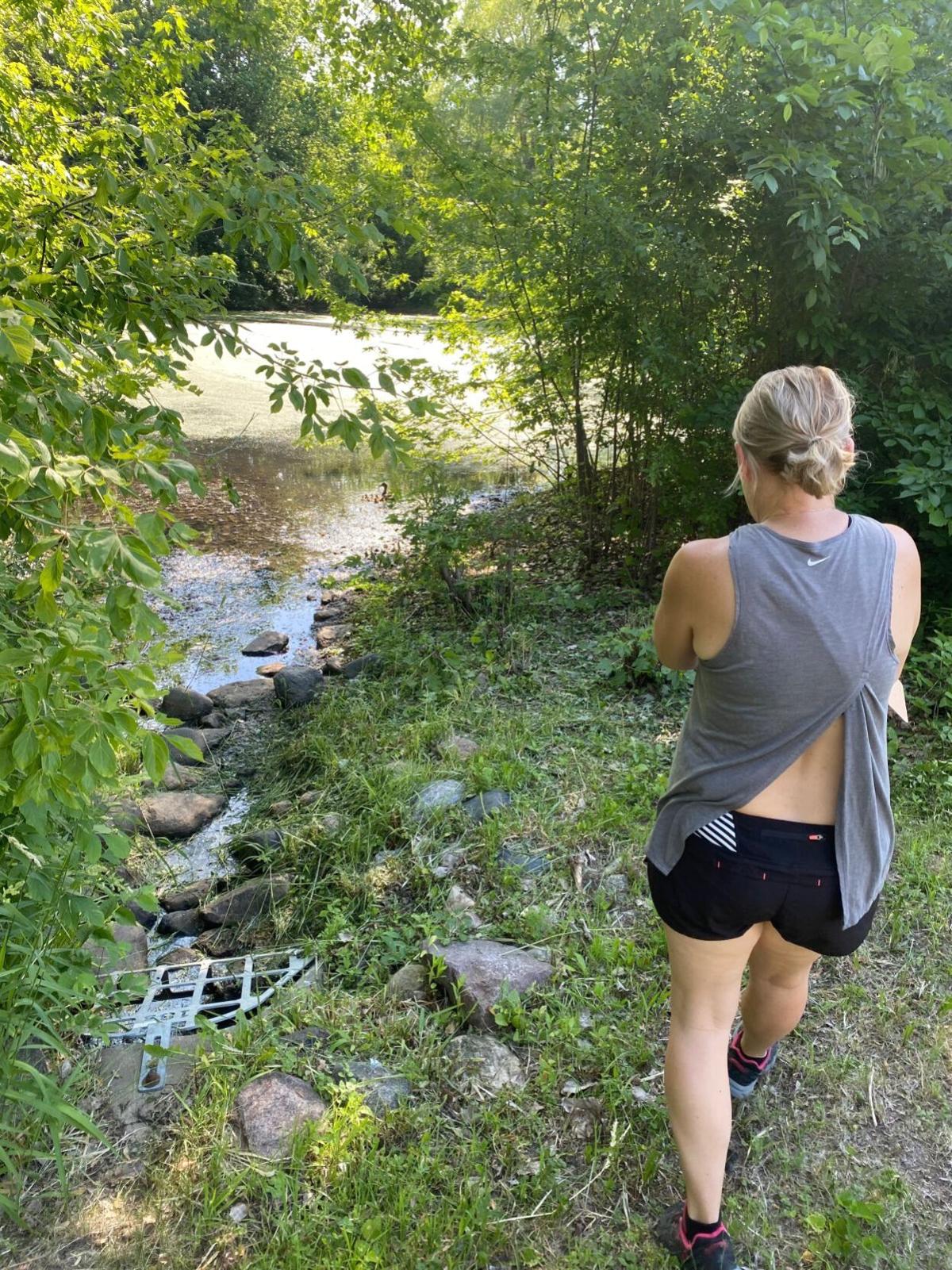 The rescued ducklings join their mother in the pond.

Judy Feldsien was on a 6 a.m. walk Tuesday morning when a pacing mother duck caught her attention. The hen waddled across the street, standing in front of cars and circling one particular spot along the curb, a single duckling in tow.

Feldsien looked down the storm drain and was met with the sight of seven ducklings. At the early hour, she was unsure of who to call: the city? The sheriff?

Neighbors began to assemble in the street, pausing their morning walks to join the rescue effort. The local newspaper deliverer stopped his car in the middle of the road and pulled the grate off the storm drain. He jumped in, starting to scoop ducklings out onto the pavement and also finding a rogue raccoon in the process. Others chased the rogue ducklings up the street in an attempt to corral the birds.

Five ducklings were freed by the time Janette Sorenson and her husband arrived on the scene, walking their dogs.

Sorenson’s husband removed the grate from another drain, trying to cover all three storm drains the ducklings were running between. Neighbors tried to lure ducks to one drain or another to scoop them out.

Finally, two ducklings remained, their chirps heard in one storm drain and then another. Feldsien retrieved a fishing net from her boat and used it to rescue the ducklings from the drain.

“All of the neighbors came out,” Feldsien said. “It was an eventful morning. It was super cool because there were so many people involved, and everybody was just so helpful. It was just very neighborly.”

Sorenson suspects the ducks were crossing the street after emerging from Prior Lake when they fell into one of the storm drains lining the curb.

“We just love the ducks out here,” Sorenson said. “We see them go by in the evening with anywhere from four to ten to fifteen ducklings all summer long. It’s just a lot of fun.”