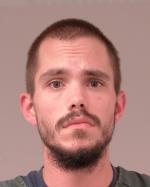 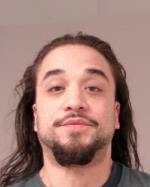 Two suspects were arrested Friday in relation to a “complex” telephone scam that is being investigated by the Prior Lake Police Department and several other agencies throughout Minnesota and the Midwest.

Tyler David Glick, 22, of Stoughton, Wisconsin and Paul Marcus Martin, 34, of Waukegan, Illinois were arrested Sept. 11 at the Quality Inn in Savage.

A press release from the Prior Lake Police Department said suspects have been calling people telling them a loved one has been arrested and are in need of money for bail and attorney fees. The suspects then ask the victims for large amounts of cash and tell the victims not to report the incident to anyone, including the police, because there is a gag order in place by the judge.

Gag orders, or an order from a judge that bars an individual from discussing a case publicly, would not be placed on any individual in custody as arrests are public record, police explained.

Similar phone scams have been taking place for some time and suspects typically ask victims to purchase gift cards, wire money or send money electronically. Sending an individual to a victim’s house to physically pick up the money requested is a “new twist,” Prior Lake Police Department Detective Josh Rozga said.

According to the criminal complaints:

A Prior Lake resident reported he fell victim to the scam on Sept. 9. The victim received a call that morning from a man who identified himself as an attorney and told the victim his grandson was in jail and that he needed $15,000 for bail money and $5,000 in attorney fees. He said he could only bail his grandson out if it was in cash. He told the victim a man would come to his house to pick up the cash in a U-Haul. A man arrived at 11 a.m. to collect the money.

The victim called his grandson who told him he has never been in jail. Surveillance footage from a nearby homeowner showed a U-Haul truck driving to the victim’s residence. “A white male gets out and walks to the front door and then leaves,” the complaint states.

In the days surrounding the Prior Lake incident, similar cases were reported to the Scott County Sheriff’s Office, Blaine Police Department and New Brighton Police Department. In those instances, victims reported giving cash to men who showed up in a U-Haul after receiving a similar call from the same “attorney.” The collections ranged from $10,000 to $14,000 in cash.

The law enforcement agencies worked together to identify the rental vehicle suspects were using. They determined the truck was rented by Glick at a U-Haul location on Sept. 8. Glick had returned that truck and rented another.

Officers observed Glick return the truck on Sept. 11 and followed him to the Quality Inn where they observed Glick and Martin exit a car and enter the hotel.

Officers executed a search warrant on the room registered to Glick where they found numerous items related to the scam including letters and envelopes addressed from victims to the attorney alias. Law enforcement continues to identify additional victims from the recovered items, the criminal complaint states.

When Glick was arrested in the hotel lobby, officers found a loaded pistol on his person. He claimed he had a Wisconsin permit to carry, but that permit is not recognized in Minnesota. Possession of a pistol without a permit carries a penalty of 356 days in jail and/or a $3,000 fine.

Martin was arrested in a vehicle leaving the hotel. Officers discovered a white powdery substance, which field tested positive for cocaine and weighed over eight grams, on his person. Fifth degree drug possession carries a felony of five years/a 10,000 fine, or both.

Police believe the suspects are connected to a larger scam operation across multiple states. Reports of similar scams took place in Woodbury and Bloomington while the two suspects were in custody which indicates additional suspects are still operating in the metro area, Rozga said. As of now, police are also aware of victims in Blaine, New Brighton, Minneapolis, St. Paul, Bloomington and Woodbury.

At this time, law enforcement is aware of approximately $103,000 in victim losses to this scam over Glick and Martin’s time in the area. They were known to be in the Prior Lake area beginning Sept. 7 and were taken into custody on Sept. 11.

Law enforcement is looking for any additional victims who may have been taken advantage of in recent weeks. If you are a victim of a scam like this or if you have information related to these cases, contact the Prior Lake Police Department at 952-440-3555 or at police@cityofpriorlake.com.

AARP has various scam and fraud resources available on their website including a scam-tracking map and fraud watch network help line. For more information visit https://www.aarp.org/money/scams-fraud/helpline/?intcmp=AE-SCM-FRD-HLPLN