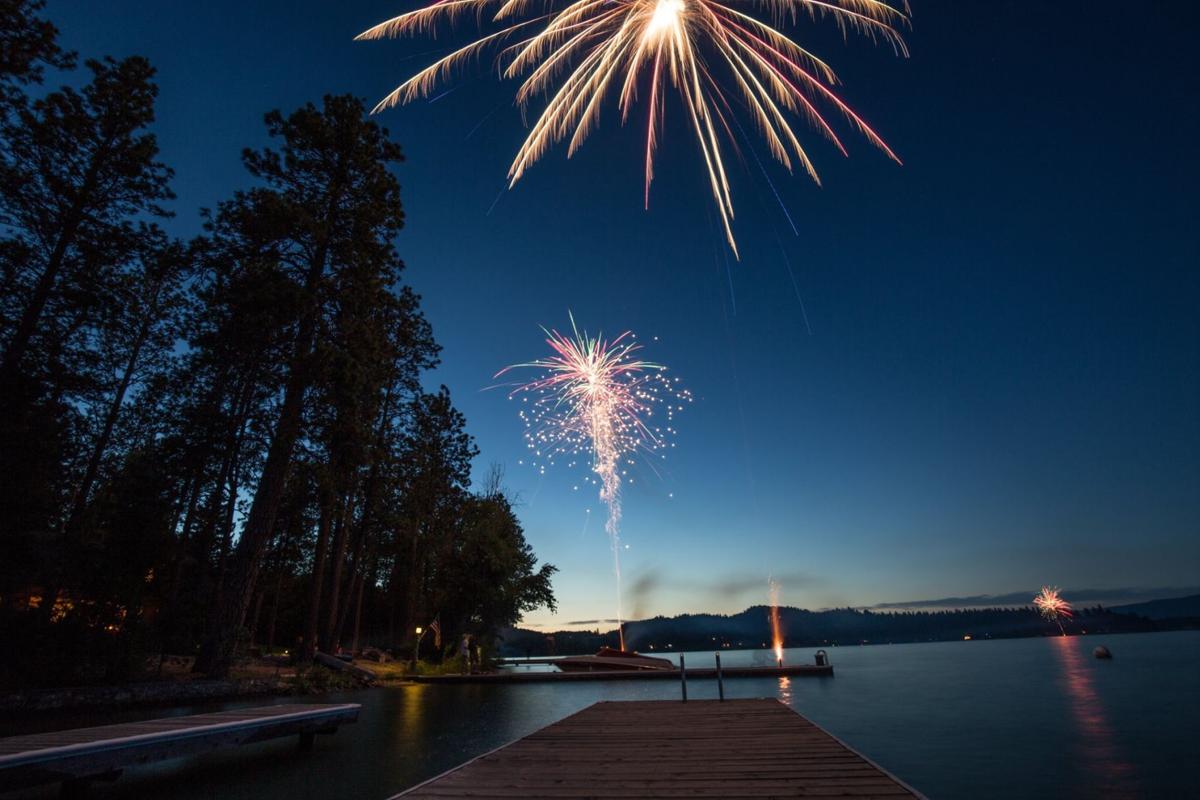 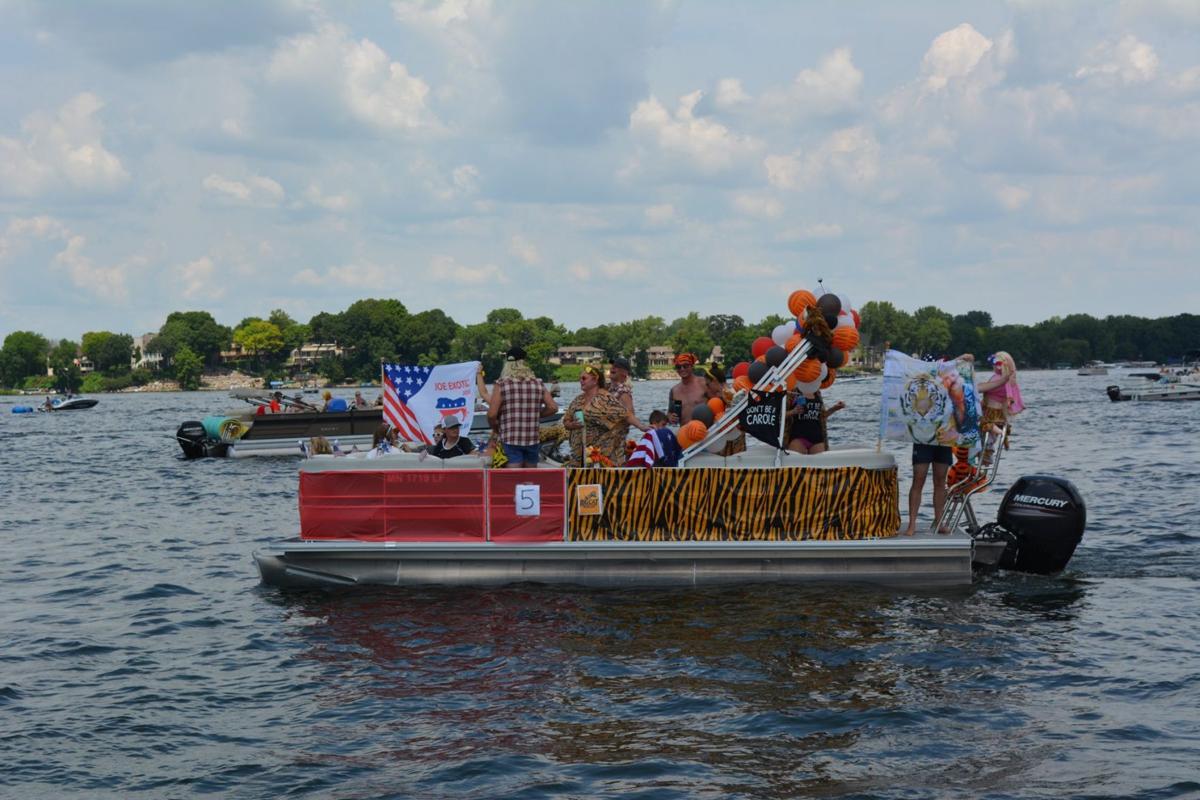 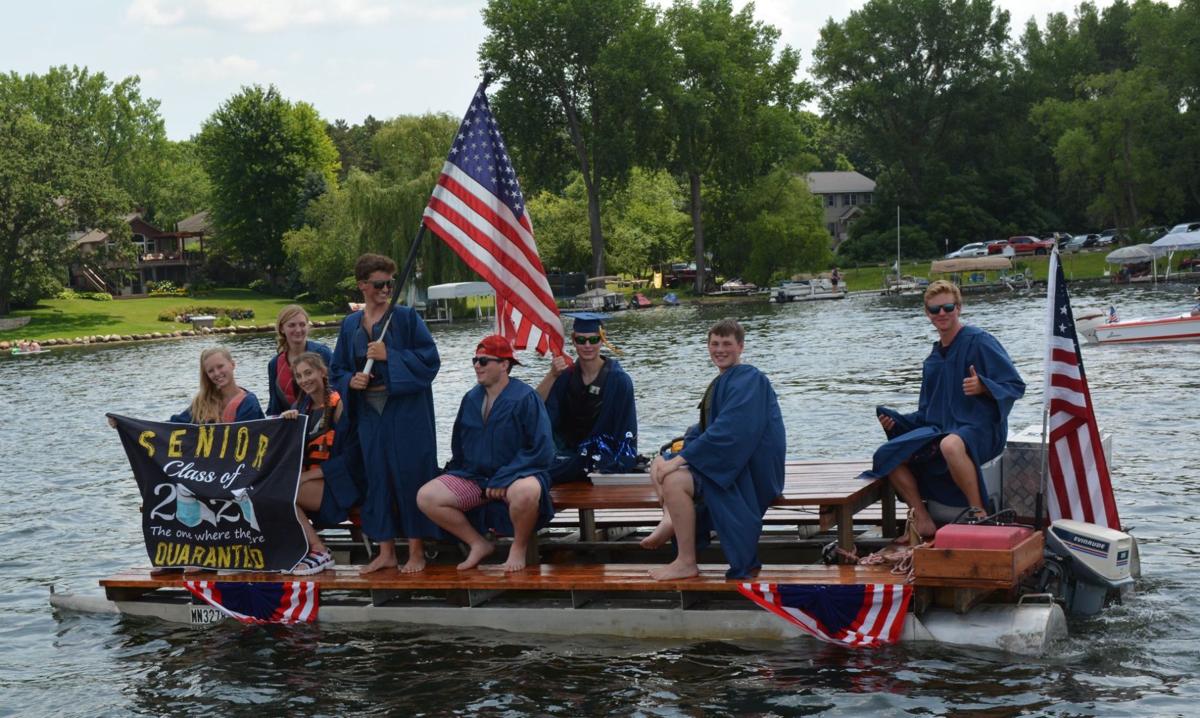 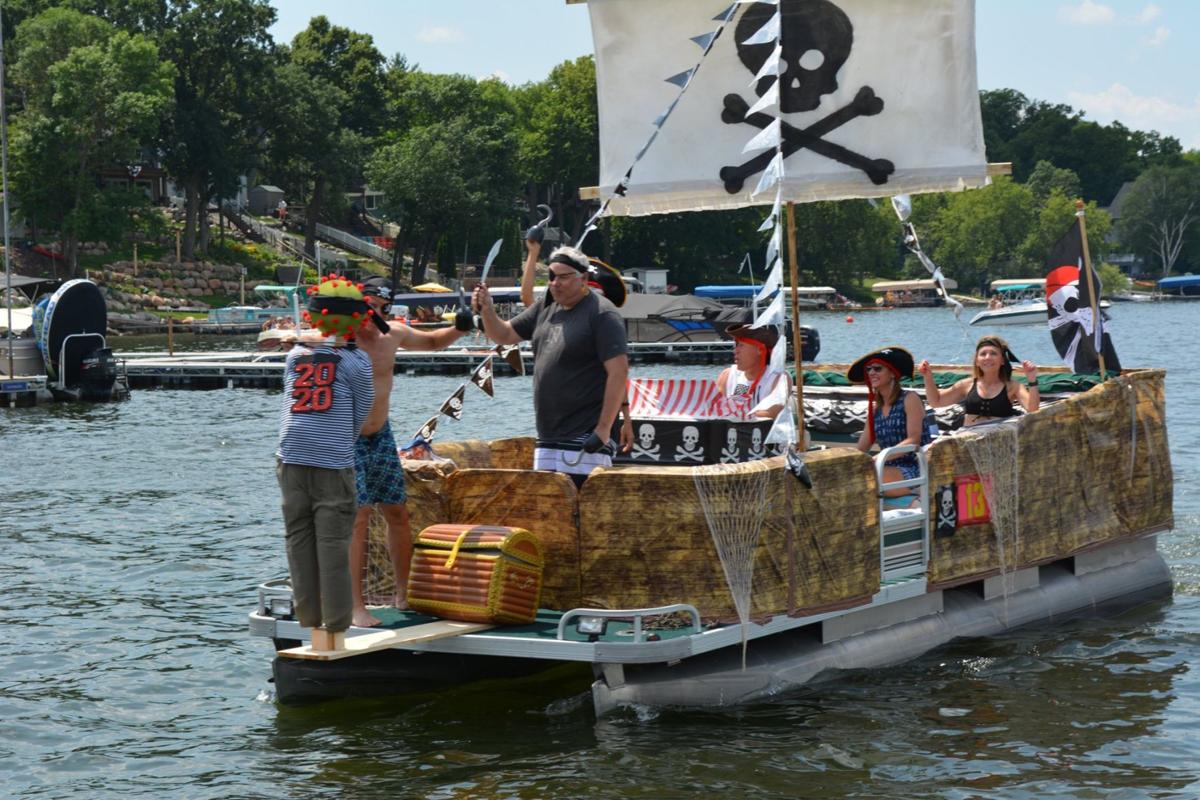 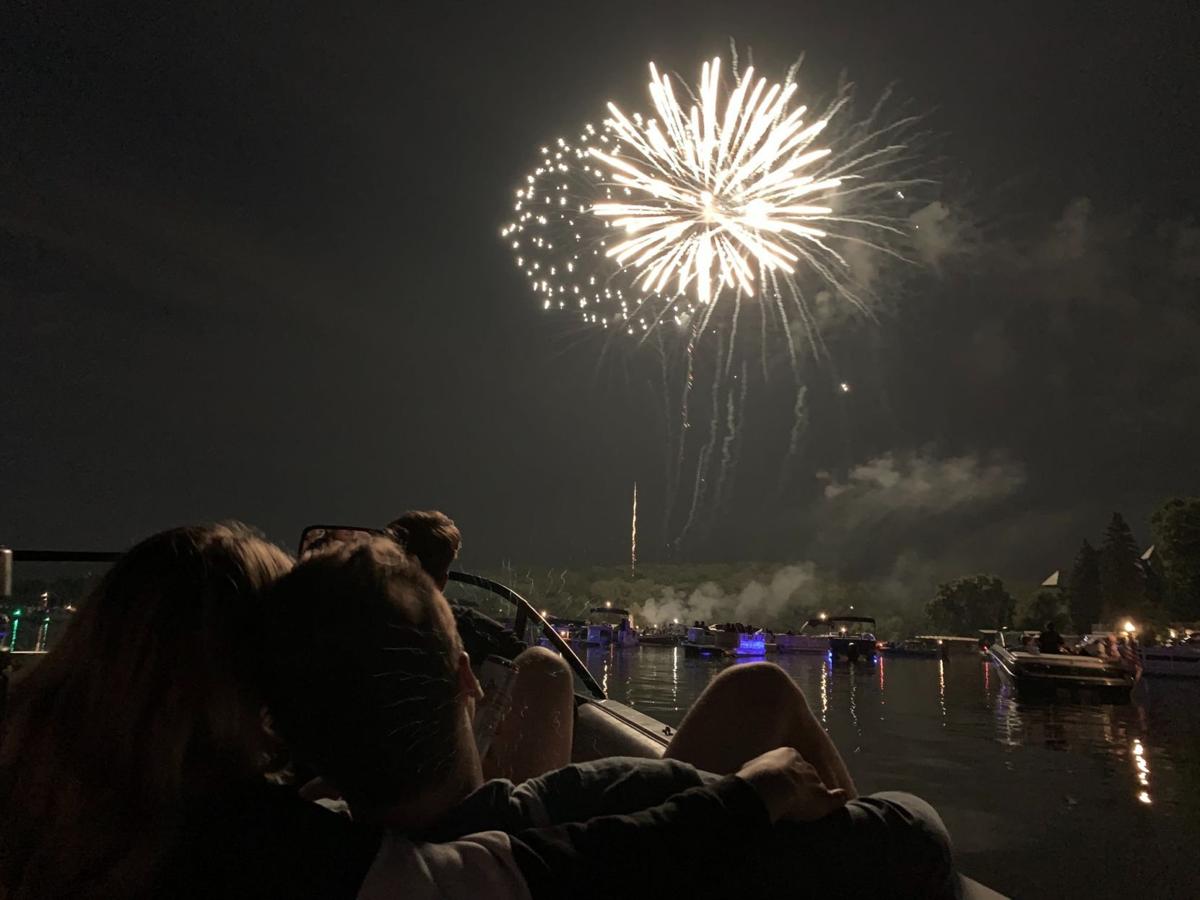 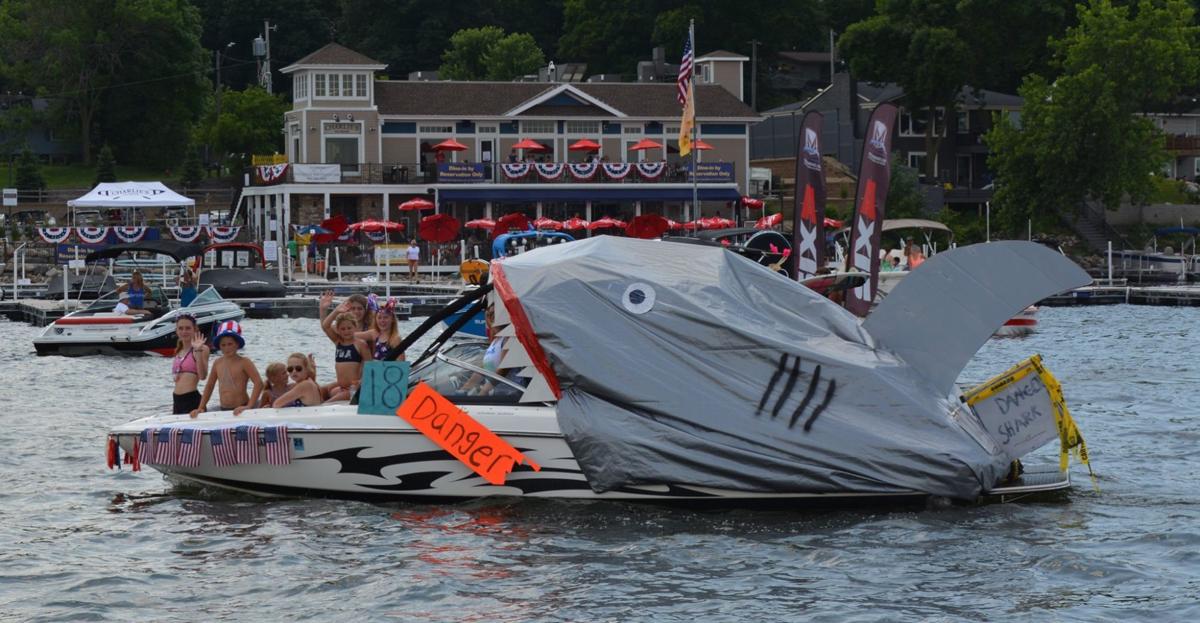 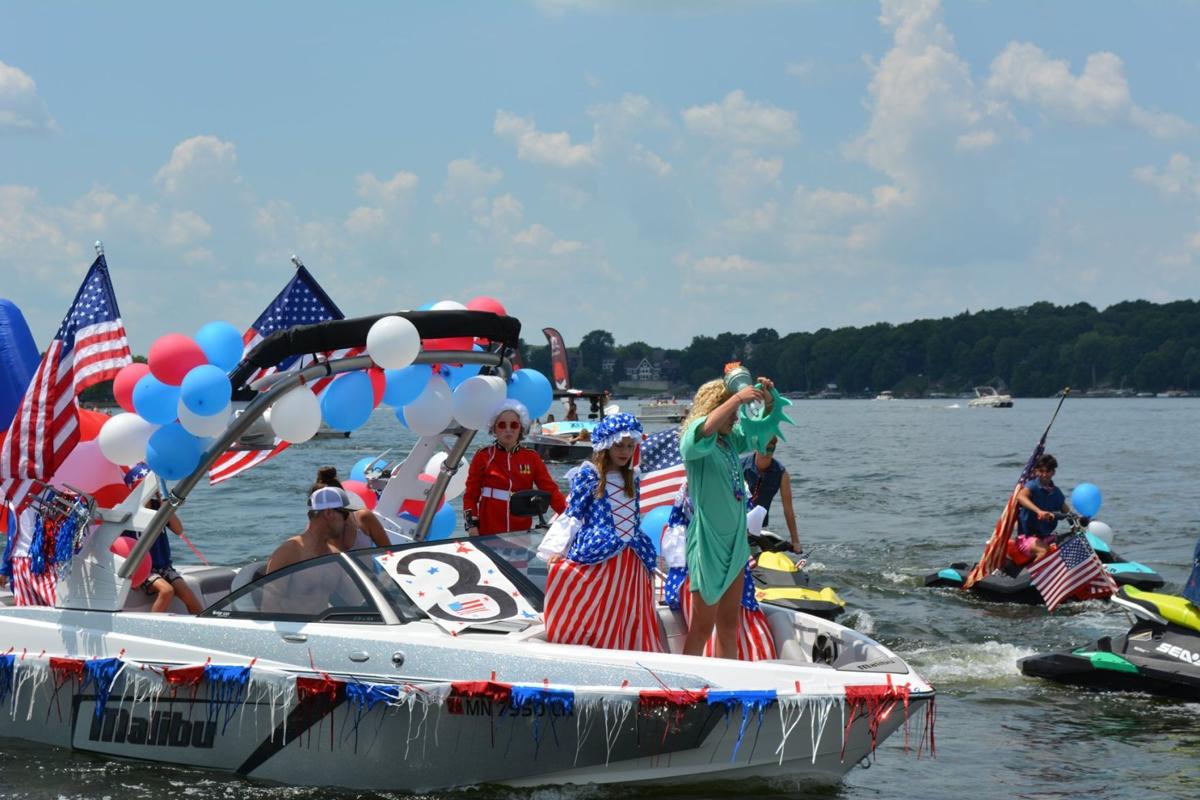 The Prior Lake Association’s annual Fourth of July fireworks display returns to the community next month to light up the night sky with a bang.

This year marks the 55th year out of the PLA’s 75 year history that the organization has sponsored the patriotic celebration which launched in 1966.

Adam Proehl, PLA president, said in honor of PLA’s 75th anniversary, this year’s Independence Day event will be the biggest and best display ever.

“Thankfully we were able to do it last year but we ended up getting a late start on it because we weren’t sure if we would be able to or not. Most of the people that viewed the fireworks last year viewed them on their boats and we asked everyone to social distance,” said Proehl. “It was obviously a very different holiday but this year we were hoping to bring it back bigger than ever, I think we’re going to do it and people are going to be very happy.”

The fireworks display will be held on Sunday, July 4 and will blast off from Watzl’s Beach at Lakefront Park at 10:15 p.m. The 15 minute delay is put in place in an effort to lessen public safety concerns due to other events occurring at the same time in the surrounding area.

Proehl said the event wouldn’t be possible without the financial support of local businesses, organizations and PLA members who donate annually to the firework’s BOOM Fund.

“This year’s budget was $25,000 in fireworks. We raise a lot of funds through our members and through general sponsors in the community so we’re able to put on a good show,” said Proehl. “Last year’s show was about $20,000. This is going to be a significantly bigger show than we had last year so we’re really looking forward to that.”

Proehl added that the fireworks display is always a spectacle to behold as the lake is covered in a sea of boats.

“There’s hundreds and hundreds of boats on Prior Lake. The lake is covered in boats all evening and there’s people that live near or on the shore line,” he said. “There’s people that watch from other good vantage points within the city up on the hill in Lakefront Park and there’s people that strategically park their cars and go to the various spots where you can have good visibility. Then there’s a lot of people who are able to watch them from their homes.”

The PLA is not only sponsoring the community’s fireworks display, it is also bringing back its highly anticipated annual Fourth of July Boat Parade.

The popular and competitive event will be held Sunday, July 4 from 1 to 4 p.m. on Upper Prior Lake near Charlie’s on Prior, 3950 Green Heights Trail SW.

Proehl said the boat parade is one of the most fun times on the lake.

“People decorate their boats with everything, certainly patriotic themes. This year we have a prize for best school spirit for having Laker pride, “ said Proehl. “People come up with all sorts of crazy ideas. Last year we had one boat that did a ‘Tiger King’ theme and another boat did a shark. Some high school kids built a graduation stage on a pontoon and they wore their graduation gowns since they didn’t get to have a graduation last year.”

The boat parade is free to enter if you’re a PLA member. Entrants must register at Knotty Oar Marina prior to the event in order to be eligible. Entrants will be assigned a number which is to be displayed prominently on their watercraft for judging. The number can be constructed out of anything but it must be visible to the judges. Entrants are also requested to circle the judge’s pontoon marked by the PLA banner, in a counter clockwise loop. A Scott County Sheriff’s Office boat will lead entrants on completion of judging and will lead the parade north under the County 21 bridge to Lower Prior Lake.

No water balloon throwing will be allowed to protect waterfowl.

For more information visit www.priorlakeassociation.org or the PLA’s official Facebook page at www.facebook.com/PriorLakeAssociation.

Casino HotelMystic Lake Casino Hotel is back celebrating the Fourth of July with a spectacular fireworks display after last year’s show was canceled, like many other events, due to COVID-19. The fireworks are scheduled to pop off after rock legend John Fogerty performs at the Mystic Amphitheater Sunday on July 4 — at about 10 p.m.

Tickets for Fogerty’s show start at $39 and the concert begins at 8 p.m. Concert goers are asked to arrive 60 minutes before show time to allow ample time for security screening and seating. For more information on how to purchase tickets visit mysticlake.com/shows-and-events/john-fogerty.