The City of Prior Lake will be evaluating a proposal during a public hearing at the Sept. 7 city council meeting to adjust current city franchise fees from $1.50 to $5 — a $3.50 increase for both gas and electric bills which comes to $7 a month — or $84 a year.

The revenue generated from these fees would be placed in a dedicated fund and used solely for expenditures related to the maintenance of city streets.

If approved, the franchise fee adjustment would be reflected in gas and electric bills beginning in January 2022.

franchise fees?Andy Brotzler, Public Works Director for the City of Prior Lake, said franchise fees are what cities charge utility companies (electric and natural gas) for the use of city-owned, public right-of-way.

“Franchise fees are fees that by state statute, have the authority for cities to charge private utility companies — typically gas and electric providers — for basically the use of the public right-of-way which is where their infrastructure and their distribution lines, whether it be gas or electric, are located to facilitate service to individual property owners in a community,” said Brotzler. “Here in Prior Lake, the city actually currently has franchise fees in place that are already being charged to property owners in as a part of their monthly gas and electric bill.”

Brotzler said the City of Prior Lake’s franchise fees have remained unchanged since 2006. By increasing franchise fees and dedicating the funds to street maintenance, he said, the city would be able to equitably distribute the financial burden of these costs across all properties that generate traffic on our roads.

“The franchise fee was first put in place by the city in 2006 and the rate at that time which has remained unchanged is $1.50 per month per utility that is charged by the utility companies as pay back to the city,” said Brotzler. “The proposal now in the public hearing that is planned is a proposed increase in the monthly franchise fee charge from $1.50 per month to $5 per month for residential properties. Commercial and industrial properties will be charged at various different rates based on the sizes of their meters that have service to their properties.”

City Manager Jason Wedel said the city sets the rate based on what it needs to supplement the Pavement Management Plan (PMP) funding.

“The plan reviewed our streets and their current status and how they’re holding up. We have a rating system that goes from 0 to 100 — 100 is perfectly brand new streets and 0 are streets that are obviously falling apart,” said Wedel. “All our streets got rated throughout the whole city and a plan was put together on how we do timely maintenance to make sure we can get the maximum life we can get out of those streets.”

Wedel also said the current average rating across all city streets is 71.

“Our streets are averaging 71 which is not that bad,” he said. If we could maintain all our roads at about 70-75 that’s the goal. That’s generally the rating that’s acceptable.”

The projected cost of street maintenance in Prior Lake is estimated to be approximately $95 million over the next 20 years, or $5 million annually, to maintain an average rating of 71, which is more than what the city has historically spent on streets. 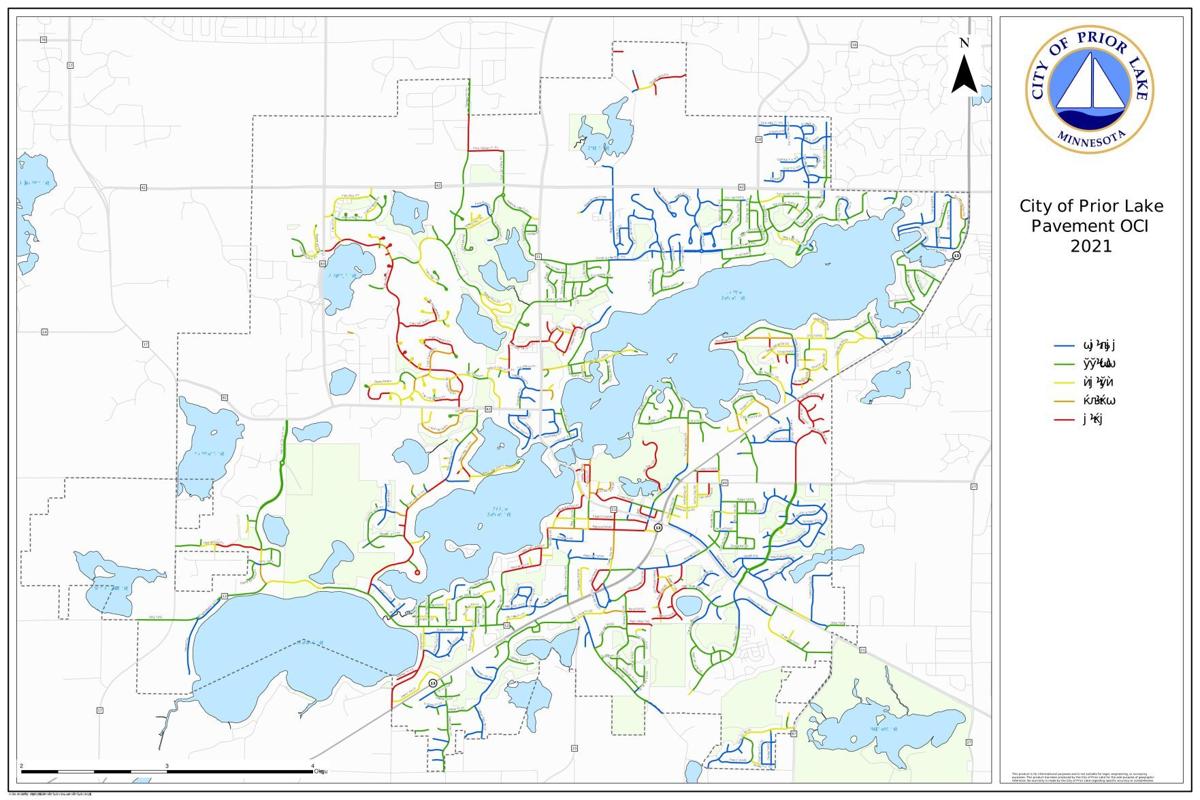 Are franchise fees needed in Prior Lake?Wedel said maintenance is critical for extending the usable life of city streets to 40- or 50-plus years and avoiding costly road replacement.

“We want to make sure we’re doing the proper maintenance at the proper time and the city’s current funding levels were not allowing us to do that. We weren’t able to keep up with the maintenance when it’s due,” said Wedel. “There was a funding gap that was identified that equated to about $1 million per year so that funding gap is how we backed into a franchise fee going from $1.50 to $5 by increasing it $3.50 per month per each bill that will address that gap and will allow us to fund our street maintenance at the level it should be.”

Brotzler said current funding sources for street maintenance, street reconstruction projects such as crack sealing and seal coating, mill and overlay and complete reconstruction comes from the combination of general tax funds dollars and special assessments to benefitting properties that are within the project area.

“As part of the cities PMP, we rate each street about every three years,” said Brotzler. “The city’s total miles of street that the city is responsible for maintaining is about 110 miles of city streets.”

“What I like about this proposal is that the funds will go to a dedicated fund that will only go to street maintenance and not general funds,” said Wedel.

A public hearing on franchise fees will be held at the next city council meeting on Tuesday, Sept. 7 at 7 p.m. at Prior Lake City Hall, 4646 Dakota Street SE.

To learn more about franchise fees and the city’s pavement management program, visit the city’s website at www.priorlakemn.gov.