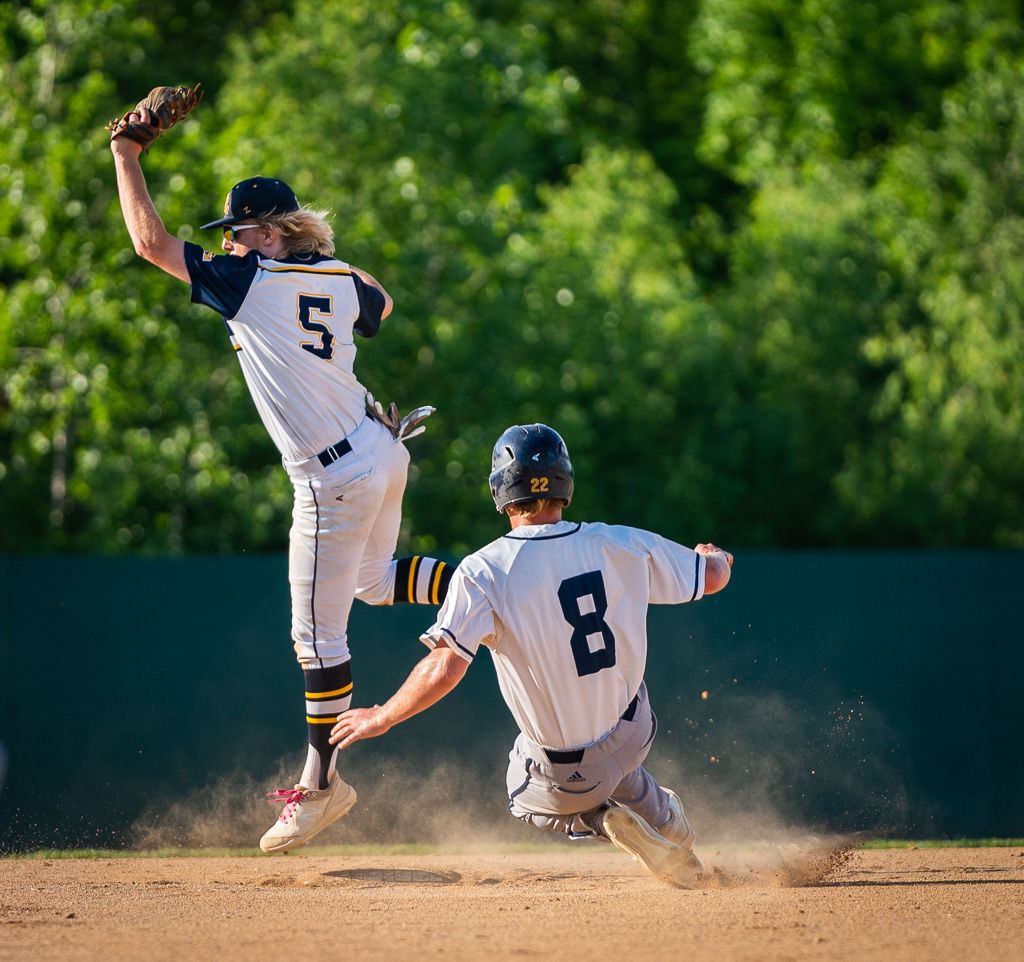 Harry Fleek goes up for a ball near second base in Prior Lake’s 10-0 Section 2AAAA playoff loss at Chanhassen June 8. 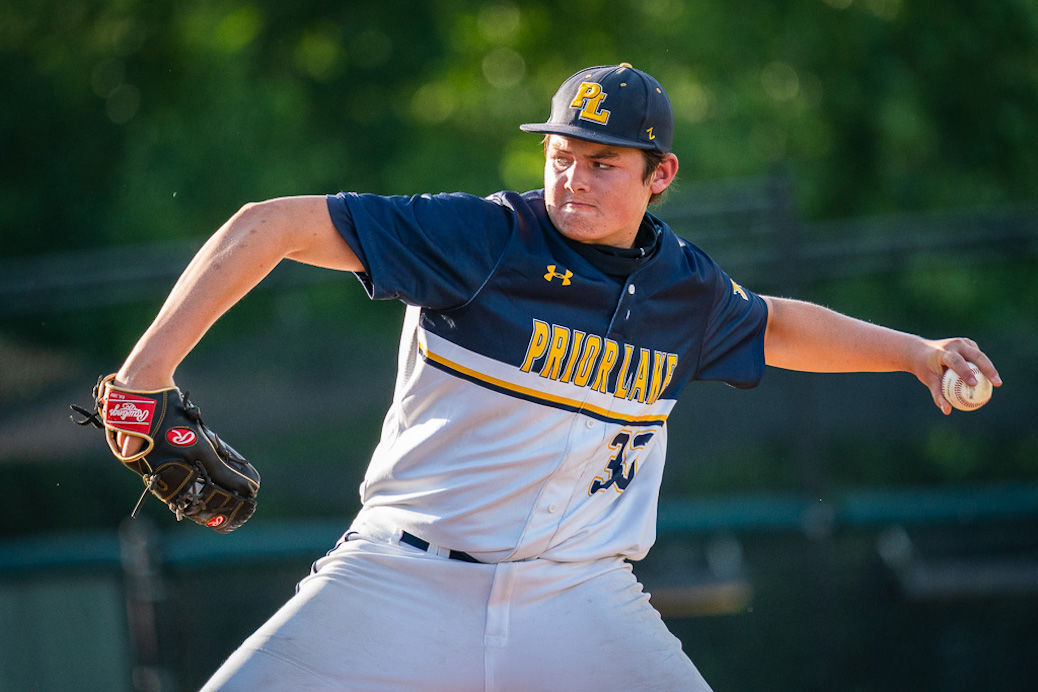 Harry Fleek goes up for a ball near second base in Prior Lake’s 10-0 Section 2AAAA playoff loss at Chanhassen June 8.

The Prior Lake baseball team ran out of steam in the Section 2AAAA tournament.

The seventh-seeded Lakers finished 2-2 in the postseason, but fell short of a shot at the title with a 10-0 loss to second-seeded Chanhassen in the losers bracket final June 8.

Prior Lake opened the playoffs with a 10-3 win at Chanhassen in the quarterfinals May 31 and followed with a 12-7 victory at third-seeded Edina in the semifinals June 2.

Prior Lake finished the season with a 12-12 overall record (8-10 in the South Suburban Conference).

The Lakers scored eight runs in the first two innings in their win over Chanhassen. In the rematch, Prior Lake had no answer for Storm starter Jake Ryan, who tossed a one-hit shutout.

Chanhassen led 3-0 after three innings and never looked back. Ryan Wattermann took the loss for the Lakers, giving up three earned run in 3 1/3 innings of work.

The Storm put Prior Lake away with a five-run fifth inning.

In the loss to Minnetonka, the Lakers trailed 3-1 going into the top of the seventh inning. Lucas Houske singled to open the frame and came around to score on Harry Fleek’s two-out double.

But Prior Lake couldn’t get the tying run across as a grounder to second base ended the game.

Wietgrefe earned the quarter final win against Chanhassen, tossing six innings and giving up one unearned run while striking out 12.

Tyus Smith and Wattermann combined to pitched the seventh inning.

Lance Behrens pitched four innings in relief for the win, giving up two earned runs while striking out six.

Watermann got the final two outs of the game, including one strikeout. Henry Brandt started and worked 2 1/3 innings allowing four runs while fanning five.