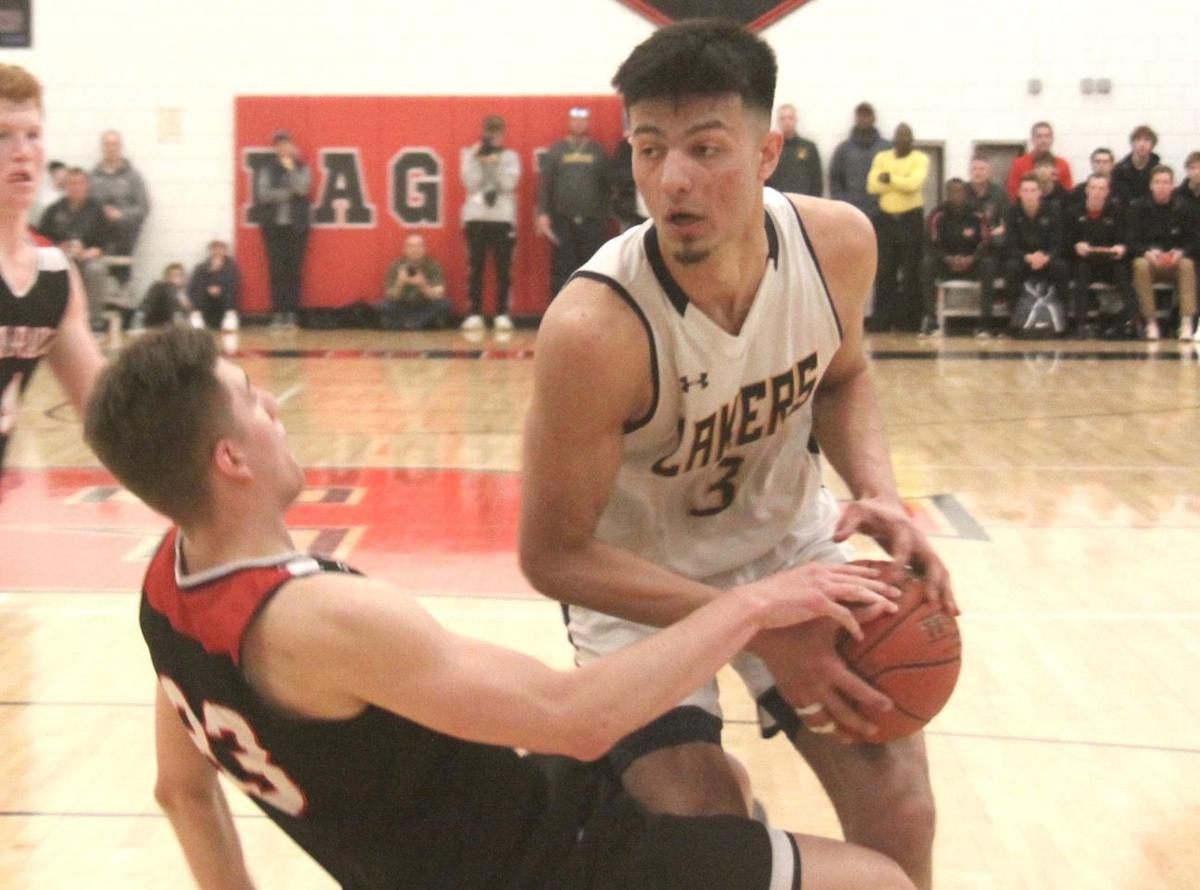 Senior Dawson Garcia gets called for a charge in fourth-seeded Prior Lake's 99-74 loss at top-seeded Eden Prairie in the Section 2AAAA semifinals Match 7. 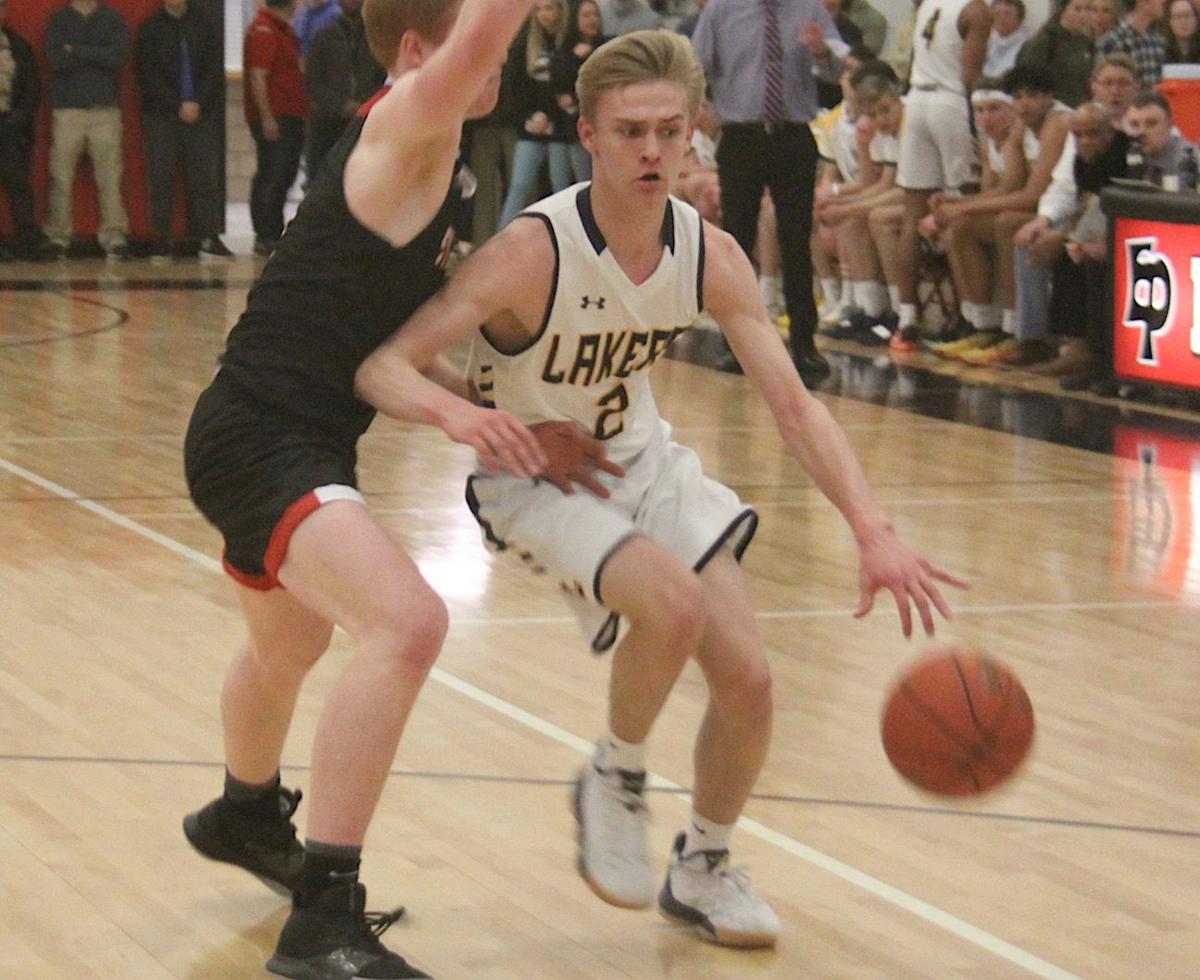 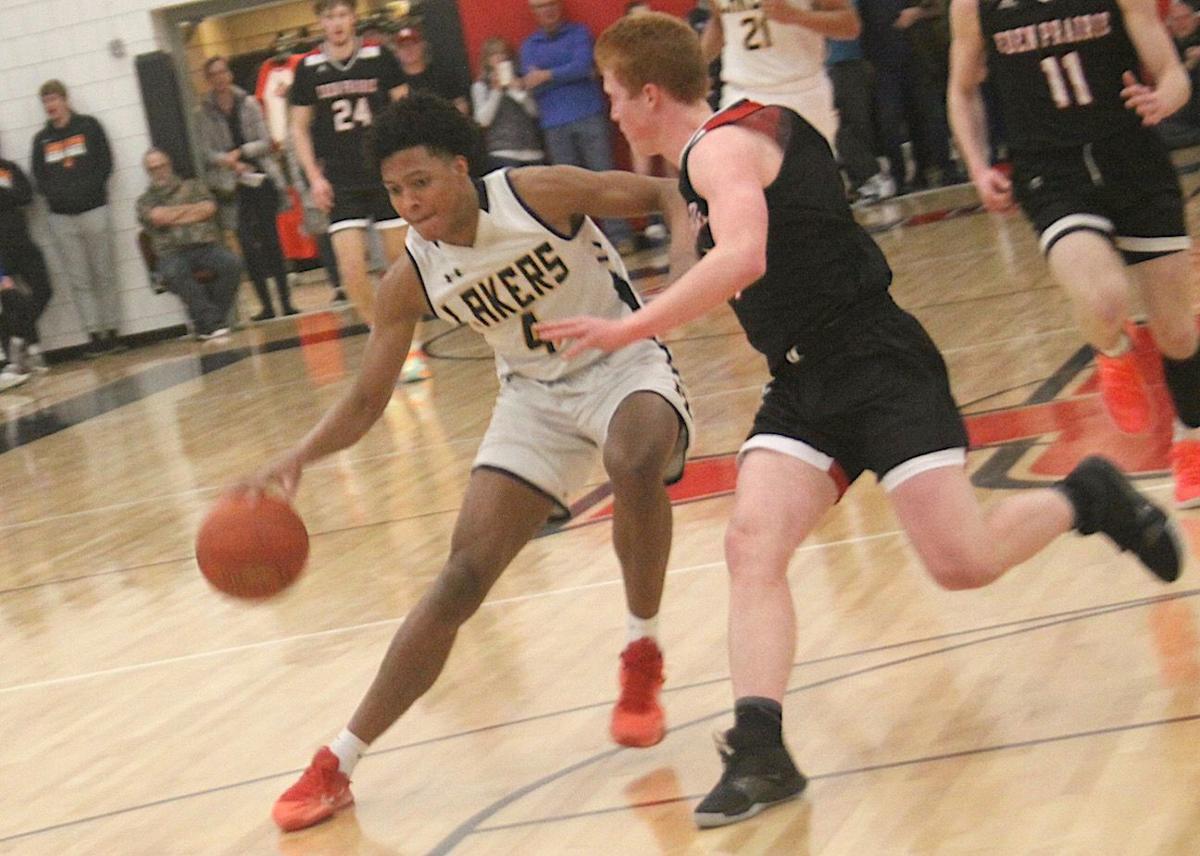 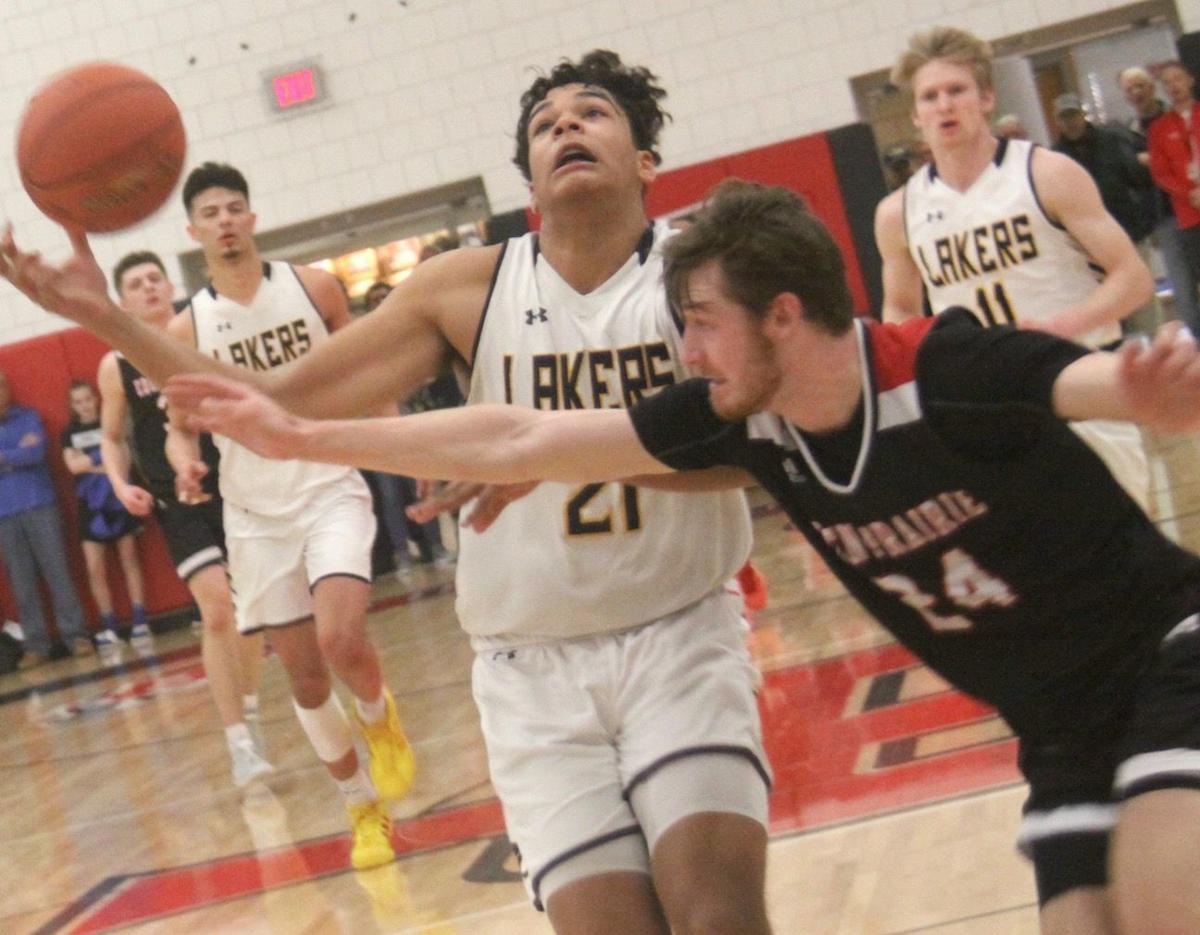 Sophomore Malcolm Jones gets fouled on the way to the basket in fourth-seeded Prior Lake's 99-74 loss at top-seeded Eden Prairie in the Section 2AAAA semifinals March 7.

Senior Dawson Garcia gets called for a charge in fourth-seeded Prior Lake's 99-74 loss at top-seeded Eden Prairie in the Section 2AAAA semifinals Match 7.

Sophomore Malcolm Jones gets fouled on the way to the basket in fourth-seeded Prior Lake's 99-74 loss at top-seeded Eden Prairie in the Section 2AAAA semifinals March 7.

The Prior Lake boys basketball team was hoping to pull off the big upset in the Section 2AAAA semifinals March 7.

But top-seeded Eden Prairie showed why it's unbeaten on the season. The Eagles rolled to a 99-74 home victory over the fourth-seeded Lakers behind their relentless defense in the half court and their ability to make three-pointers.

Eden Prairie's Connor Christensen drained two threes in the first 40 seconds of the second half, which opened up a 58-42 lead. The Eagles (28-0) led by 16 or more points over the final 17 minutes of the game, including a 72-48 advantage with still 13 minutes to play.

Prior Lake led 31-30 with about six minutes left before the break, but Eden Prairie took over from there. The Eagles ended the first half on a 22-11 run.

The first 10 minutes of the game were played at a unsustainable, frantic, up-tempo pace. But once the game settled down, Eden Prairie's defense bottled up the Lakers and senior forward Dawson Garcia, who led Prior Lake with 24 points.

Garcia scored 20 of those points in the second half, nine coming from three free-throw line. The 6-foot-11 Marquette University recruit had to earn every bucket. He got no easy looks.

The Eagles sent double teams at him, played him physical and even had 6-foot guard Will Foster fronting him in the post.

Prior Lake senior Nate Bach hit 3 three-pointers and scored all 11 of his points in the first half, a little more than seven about his season average (3.8). Senior Tyree Ihenacho scored 12 of his 15 points before the break, including hitting a pair of threes.

Prior Lake knocked down six threes in the first half (seven for the game), while Eden Prairie hit seven before halftime and 11 for the game. The good shooting start helped the Lakers stay in the game for awhile.

Eden Prairie beat the Lakers' 62-45 in the Section 2AAAA title game last year. The Eagles also beat Prior Lake 79-58 in the Breakdown Tip Off Classic back on Dec. 7 in Hopkins.

The Lakers finished the season a victory short of the 20-win mark (19-8 overall). Prior Lake earned a three-way share of the South Suburban Conference title with Eastview and Shakopee with a 15-3 mark.

Garcia ended his Lakers' career as the program's all-time leading scorer, finishing with more the 2,000 points. He's one of the five finalists for the state's Mr. Basketball Award, which will be announced April 5 at the Target Center in Minneapolis in the Minnesota Timberwolves' home game versus Detroit.

Garcia will end his high school career April 1 in the 43rd annual McDonald's All-American Game, which is at the Toyota Center in Houston. The game will be telecast live on ESPN2 and ESPN.

Garcia is one of two Minnesotans selected to play, along with Jalen Suggs of Minnehaha Academy, who will play at Gonzaga next year. The game features the top 24 seniors in the country and from Canada.

Garcia finished this season averaging 31.6 points per game. He's one of seven seniors the Lakers will have to replace next year, including Ihenacho, Bach, Dylan Bair, DJ Doyen, Taylor Flaata and Owen Hammerstorm.