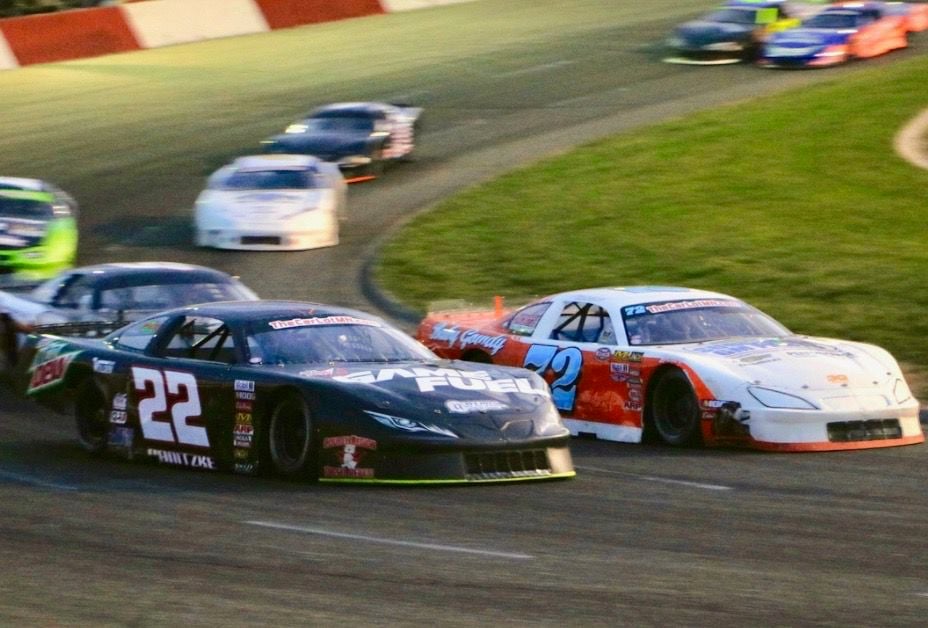 Jacob Goede of Carver (far left, 72) will be seeking his seventh straight points title in the Late Models division this season at Elko Speedway. The season opens July 4 with a Racing Against Racism special event starting at 6 p.m. 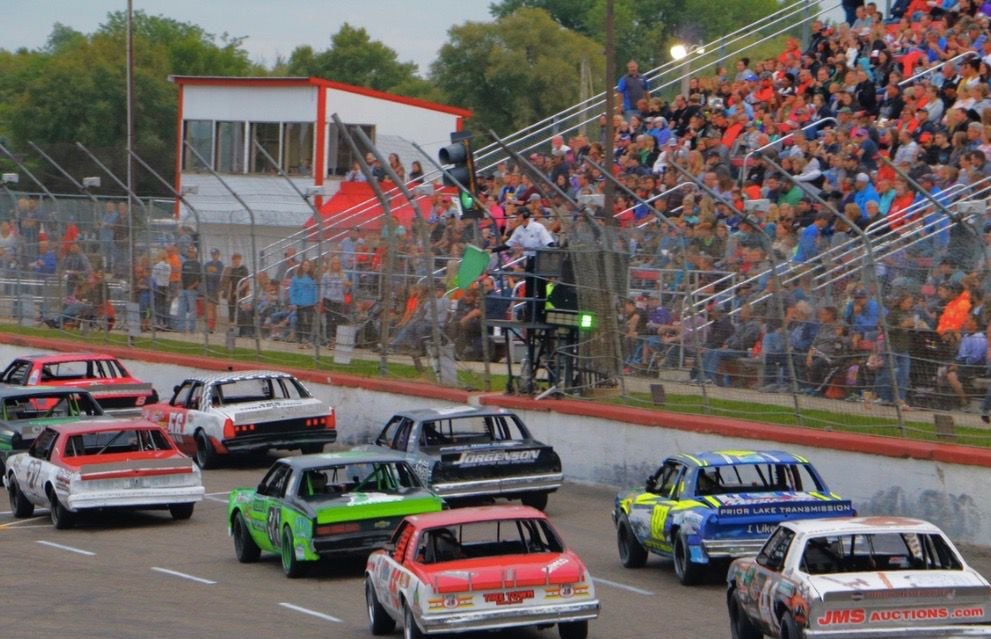 Elko Speedway will open the season on the Fourth of July with a special event, Racing Against Racism. Tickets go on sale June 30. 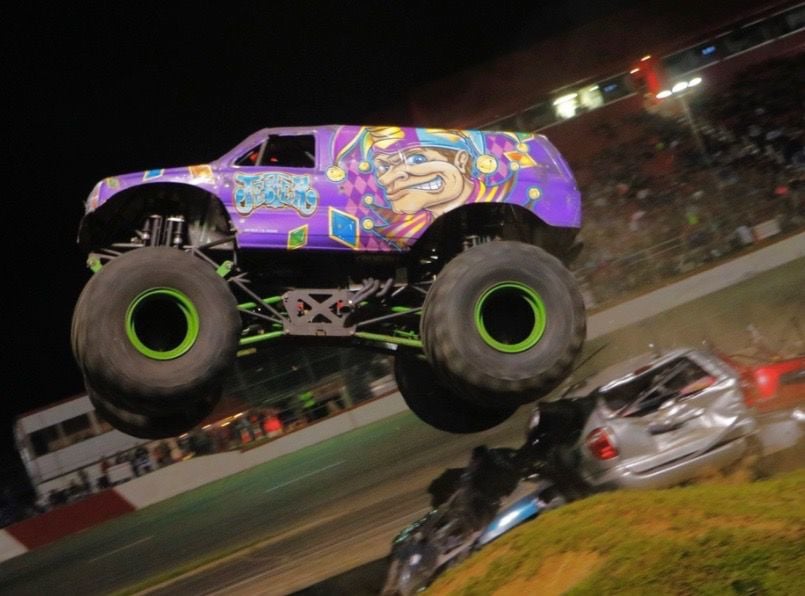 Eve of Destruction events are popular during the Elko Speedway season with monster trucks, spectator drags and bus races being highlights. The racing season opens on the New Market track on the Fourth of July. 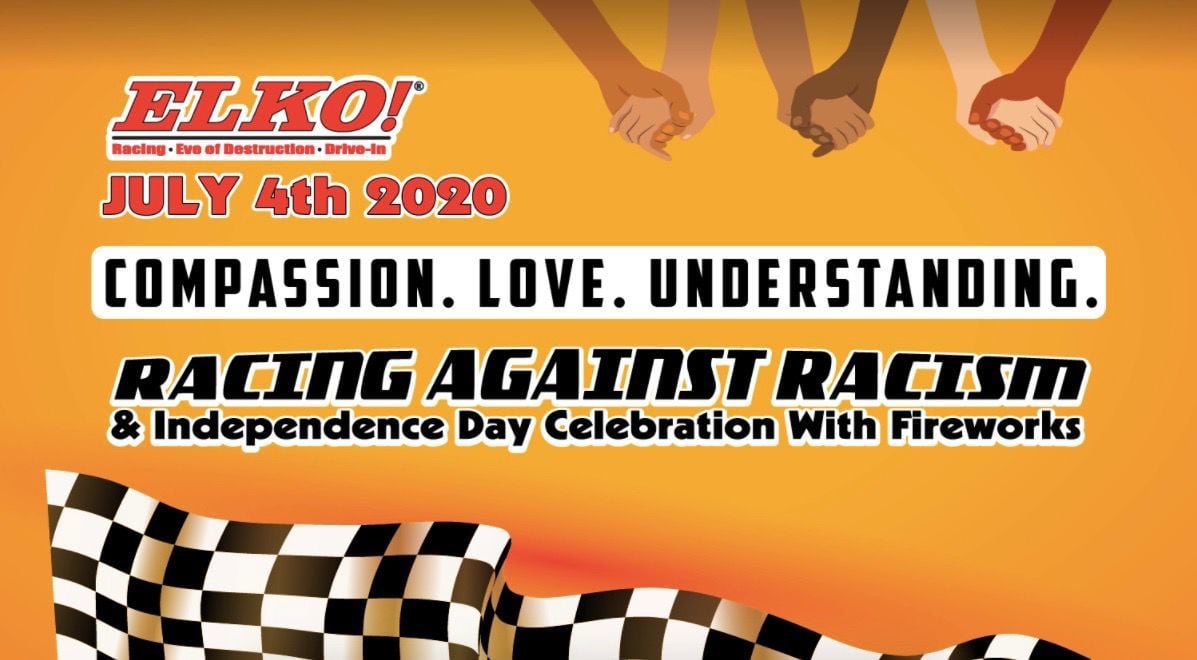 Jacob Goede of Carver (far left, 72) will be seeking his seventh straight points title in the Late Models division this season at Elko Speedway. The season opens July 4 with a Racing Against Racism special event starting at 6 p.m.

Elko Speedway will open the season on the Fourth of July with a special event, Racing Against Racism. Tickets go on sale June 30.

Eve of Destruction events are popular during the Elko Speedway season with monster trucks, spectator drags and bus races being highlights. The racing season opens on the New Market track on the Fourth of July.

There will be more than just fireworks on the Fourth of July.

There will be racing, too, at Elko Speedway. It's the season opener at the New Market track with a special event titled "Racing Against Racism."

Spectator gates open at 5 p.m., and racing begins an hour later. Check elkospeedway.com for details about scheduled speakers and other events. Tickets go on sale June 30.

"We are excited to start our season in such a unique manner at an important time in our lives," Elko Speedway owner Tom Ryan said in a press release. "At this crossroads in our society, we can choose to either ignore issues or address them. Elko Speedway, in a small way, will take advantage of this opportunity to address these issues."

Ryan said Elko has a policy in place for the season opener to take every precaution necessary to protect the well-being and safety of its employees, spectators, drivers and crews.

Minnesota has been at the center of a national dialogue on race relations and police reform since May 25 following the killing of George Floyd, a black man who died after a white Minneapolis police officer pressed a knee to his neck for several minutes following an arrest.

The tragic event has set off worldwide protests and sparked national debates.

"I'm proud of Elko for being aware and bringing this awareness to what's going on right now," said veteran driver Jacob Goede of Carver, who has won the last six Late Models seasons points titles at Elko. "I'm proud that Elko is trying to do their part."

NASCAR has also tried to do its part since the death of Floyd. Back on June 8, it banned Confederate flags at all of its events across the country.

Elko's season usually starts in May, but the coronavirus pandemic put it on hold. Lacrosse Fairgrounds Speedway in Wisconsin, meanwhile, has been open since May, and many drivers who compete at Elko have been taking their cars there to race, including Goede.

Arlington Raceway at the Sibley County Fairgrounds is another option for Minnesota drivers. It had its season opener June 20.

Goede would rather race at Elko in front of the local fans while also supporting the local business. Elko is only 30 minutes from his home.

"When restaurants can open at 50% capacity for indoor seating, it's only fitting that a large venue like Elko Speedway should open," Ryan said. "Some elected officials like to reference science. I like to look at science and math. We have a seating capacity for 6,000 spectators, and we're an outdoor venue. We can easily accommodate and manage a large crowd with proper social distancing.

"Being a business owner in Minnesota and owning a race track, in particular, has been really frustrating over the past few months," Ryan added. "If Elko were 30 miles east, we’d already be racing. For years, Wisconsin has been a better place to have a business, cheaper living expenses, and now it’s taking all our race cars, too."

If Goede wants to win a seventh straight Late Models points title he said there can be no mistakes in a shorter season.

"The goal is try to get seven straight," Goede said. "It will be a short season, so there's added stress. You can't make too many mistakes. One bad night could cost you. But I still think we are the car to beat again."

Points title or not, Goede just wants to race locally again. It's not easy for father of three to drive to LaCrosse every week. Elko is more convenient.

"Elko is a great facility," Goede said. "All the drivers want to be out there in front of the hometown fans and the sponsors. 2020 has been a tough year for everyone. We need to be out there to support our local business who support us."