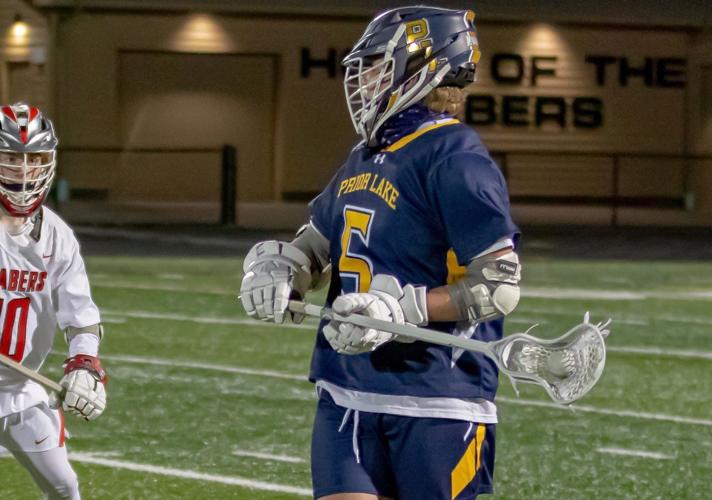 Senior Justin Simonson finished with 41 goals and 32 assists for Prior Lake last year as the team was the state runner-up to Benilde-St. Margaret’s. 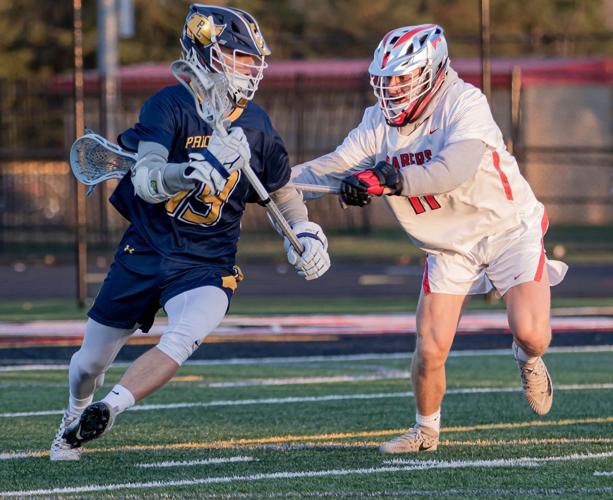 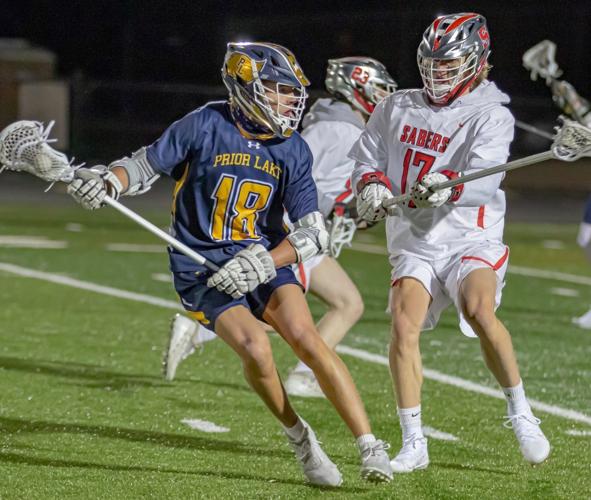 Senior Justin Simonson finished with 41 goals and 32 assists for Prior Lake last year as the team was the state runner-up to Benilde-St. Margaret’s.

The Prior Lake boys lacrosse team has established itself as one of the state’s best programs.

And with that comes lofty expectations.

The Lakers were the state runner-up last year and won back-to-back state titles in 2018 and 2019. Prior Lake also won its first state championship 2016 and finished sixth in 2017.

There was no 2020 season due to the COVID-19 pandemic, so the Lakers have won three of the last five state crowns.

Prior Lake coach Casey Mithun doesn’t think about winning state titles in April. There’s a progression to how the Lakers do things to get ready for the playoffs.

“We always start with our mindset being that we want to win the South Suburban Conference,” Mithun said. “We feel that it’s the best, deepest conference in the state.

“Being able to hold our own and be tested through our conference games is very important to get us mentally ready for sections and the state tournament,” he added.

Prior Lake has faced Benilde-St. Margaret’s in the last three state championship games. The Lakers fell 16-6 to the Knights last year after winning 10-8 and 5-3 in 2018 and 2019, respectively.

Prior Lake returns some firepower from last year’s team that finished 15-4 overall, including its top-three goal scorers. Senior captain Justin Simonson led the team with 41 goals, while adding 32 assists.

Senior captain Sam Leuthner returns the midfield for Prior Lake. He had 14 goals and 12 assists last season.

“Offense will be our strength,” Mithun added. “Most of these kids have played together for a long time, and their chemistry, unselfishness and versatility will be what we lean on.”

Prior Lake will open the season April 21 at Lakeville North in a league game. The Lakers won the SSC last year with a 9-0 record.

The Lakers will get a Benilde-St. Margaret’s on the road May 7, and will end the regular season May 26 at home versus Stillwater.

The Section 6 tournament starts May 31 with the quarterfinals. The semifinals are June 7 and the title game is June 9. The higher seed is at home throughout the playoffs.

Prior Lake topped Edina 8-7 in the section title game last year. The Hornets and Rosemount will be strong section contenders again this year.

There are only eight teams in the field, compared to 10 last year. That’s because two programs joined forces.

Eastview and Apple Valley are now a co-operative team, as are Burnsville and Bloomington Kennedy.

Other teams in the field include Bloomington Jefferson, Minneapolis and Holy Angels.

“I was on the first Apple Valley high school team created in 2004,” Mithun said. “It’s unfortunate that Apple Valley and Burnsville are not able to represent their school individually, but I’m glad the kids are still able to have the experience of high school lacrosse.

“I see our section as the toughest in the state,” Mithun added. “In my opinion, it only got harder by taking the teams usually towards the bottom, and strengthening them. It should be a very interesting section tournament this year, and we are looking forward to the challenge.”

This year’s state tournament will start June 14 with the quarterfinals, followed by the semifinals June 16 and the title game June 18. Roseville and Stillwater High School are the venues.