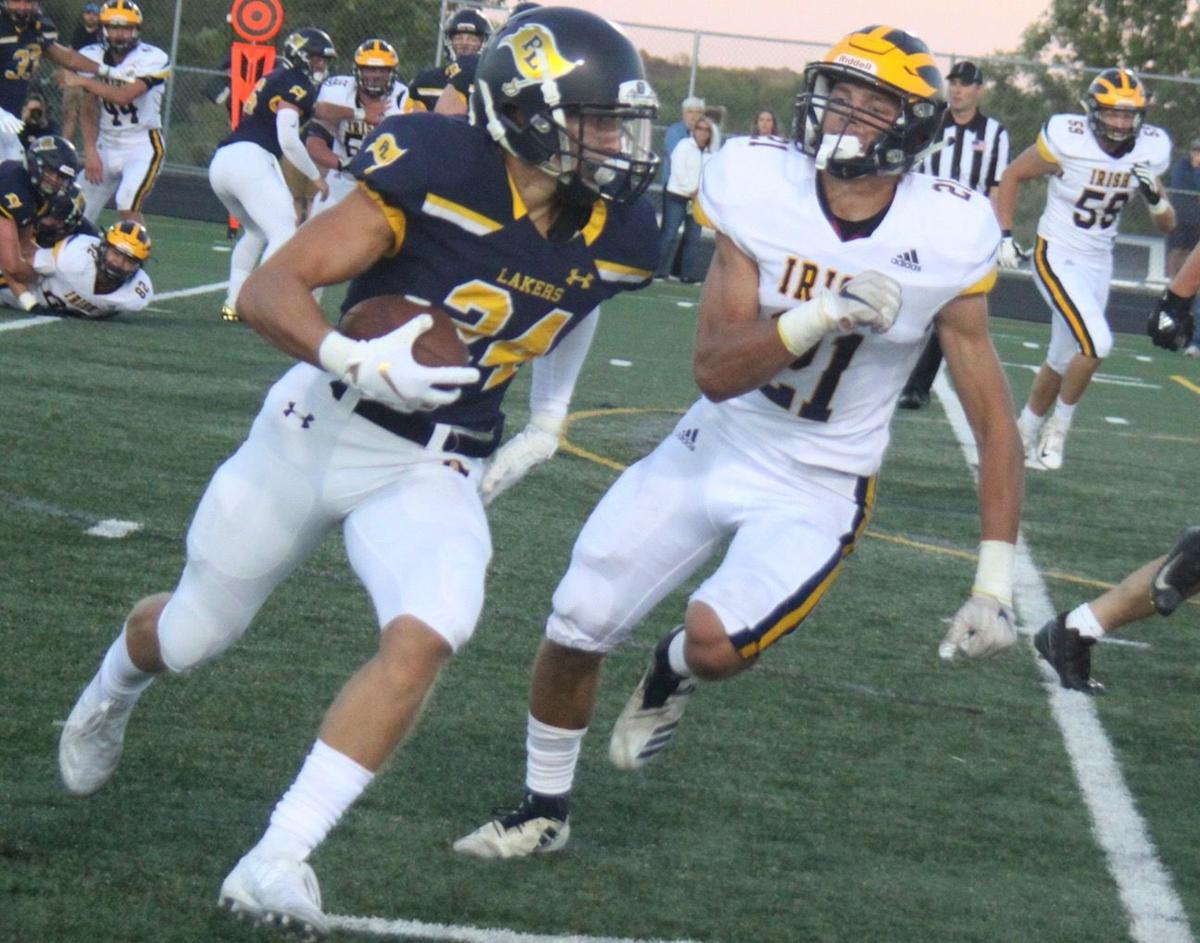 Dylan Bair had a strong senior season on the gridiron for Prior Lake in 2019. He was also selected to play in the 47th annual Minnesota Football Coaches Association Tackle Cancer All-Star Game last December. 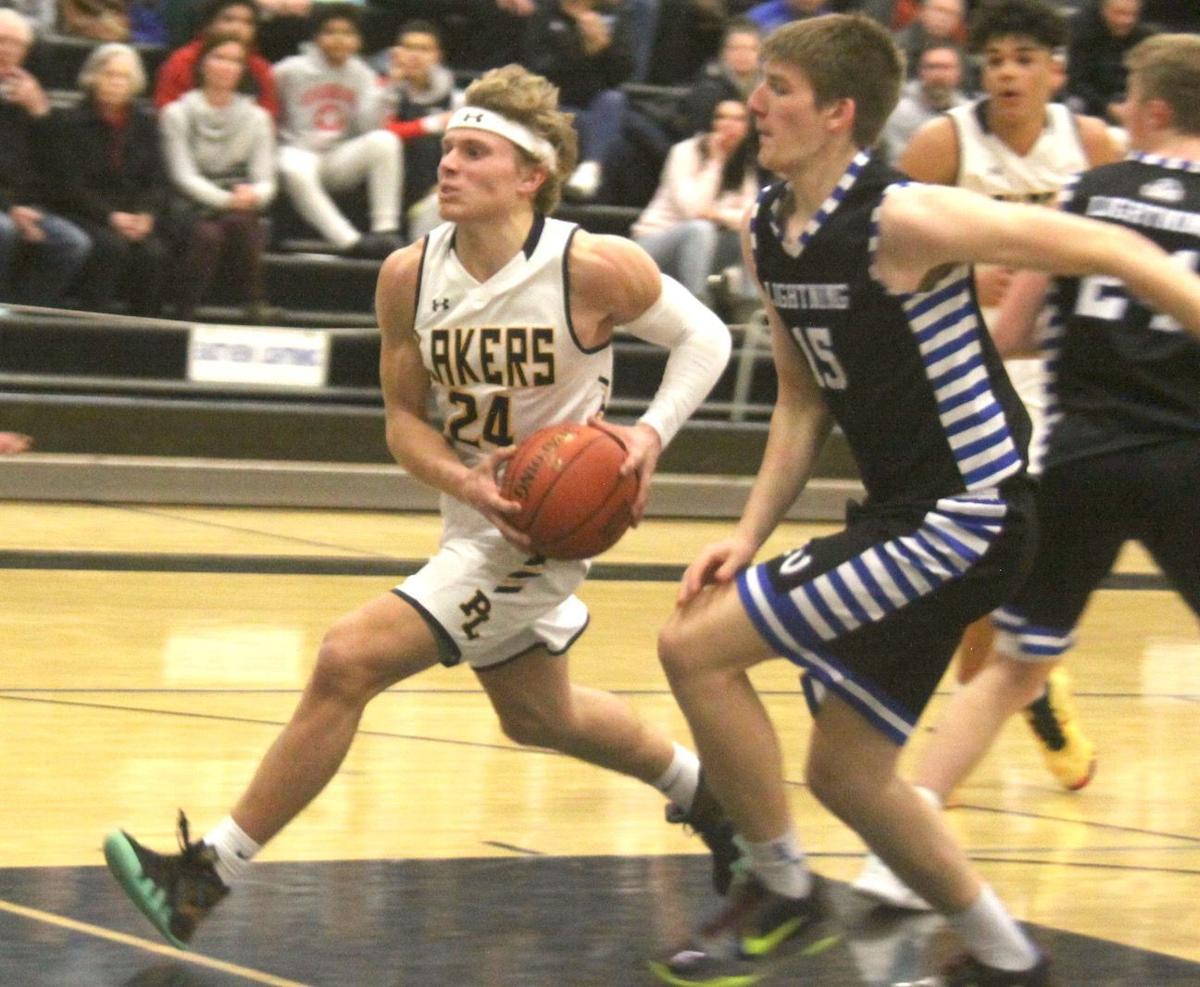 Dylan Bair averaged 8.8 points per game last season for Prior Lake helping the Lakers win a share of the South Suburban Conference title. 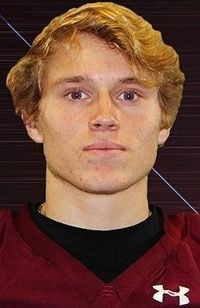 Dylan Bair had a strong senior season on the gridiron for Prior Lake in 2019. He was also selected to play in the 47th annual Minnesota Football Coaches Association Tackle Cancer All-Star Game last December.

Dylan Bair averaged 8.8 points per game last season for Prior Lake helping the Lakers win a share of the South Suburban Conference title.

Dylan Bair is heading up to the University of Minnesota-Duluth Aug. 10 to start his first fall camp on the Division II gridiron.

Will there be a college football season? Will Bair's college career have to wait due to the ongoing pandemic?

Over the past couple years, Bair has been used to waiting. He's had some tough luck getting into game action.

The 2020 Prior Lake High School graduate was a three-sport athlete for the Lakers, also running track and playing basketball.

Bair missed his entire junior year in all three sports season due to a knee injury. Then, this past spring his final track season was canceled due to the pandemic.

"It's been a little frustrating," Bair said. "I've been putting in a lot of hard work behind the scenes, but I haven't always been able to show it in games."

As a junior, Bair tore knee ligaments in the first game of the season, just five minutes into the first quarter. The football season was over like that, and so were his basketball and track seasons.

Instead, he faced months of rehabilitation.

"It was difficult. It was hard, but it had to be done," Bair said. "When I got injured, I thought it was just a sprain and I'd be back in a couple weeks. It was hard to find out it was torn, so I had no choice to start getting ready for the next season."

Bair rehabbed four times a week at Training HAUS, adjacent to the Twin Cities Orthopedics Performance Center, the new home of the Minnesota Vikings in Eagan.

Last summer, Bair was ready to play some basketball and was in a league where Jon Miller was his coach. Miller was also hired that same summer to be the head coach of the Prior Lake boys basketball team.

After missing an entire high school sports season, Miller said Bair was eager to back into action.

"I had to put him on a minute count, so he could get his legs and lungs back into basketball shape," Miller said. "He is such a competitor that he would continue to bug me to put him in games even though he knew that I would only play him in three- to four-minutes stretches.

"This is when I knew that I not only had a great athlete, but someone who hated to lose," Miller added.

Football season came in the fall and Bair was ready to go. It would be his third straight season starting in the Lakers' secondary, but he'd also play some offense.

Bair had a big season. At safety, he finished with 56 tackles and two interceptions. On offense, he had 51 carries for 416 yards and two touchdowns and caught 16 passes for 151 yards and a score.

His play helped him earn a spot in the 47th annual Minnesota Football Coaches Association Tackle Cancer All-Star Game last December at U.S. Bank Stadium. Eighty-eight seniors from across the state are selected to play in the contest.

Prior Lake finished the season with a 5-5 record. As a sophomore, Bair was on the Lakers' squad that made the Class 6A state field, losing to Minnetonka 10-6 in the quarterfinals.

On the basketball court this past winter, Bair was voted a team captain by his teammates. Playing point guard, he helped Prior Lake to a 19-8 season, including a share of the South Suburban Conference title with Shakopee and Eastview with a 15-3 mark.

The Lakers lost 99-74 to unbeaten and No. 1-ranked Eden Prairie in the Section 2AAAA semifinals. The next day, high school sports were shut down in Minnesota due to the pandemic.

"At least we got to finish the season," Bair said. "That Eden Prairie game was fun. The first half was electric. It seemed like both teams were hitting every shot."

As a junior, Bair was on the bench with his injured knee for the Section 2AAAA title game when Eden Prairie beat Prior Lake 62-45 in front of a standing-room-only crowd in the Lakers' gym.

Bair said he would have loved to have been in that game, but being on the bench in that atmosphere was special too.

"That was a great experience to be part of," Bair said. "The place was packed."

Bair also played alongside Dawson Garcia his senior year. Garcia became the Lakers' all-time leading scorer with more than 2,000 points and was five-star recruit, who will play Division I basketball this fall at Marquette University.

As good as Garcia was, Miller said Bair also had the respect of his teammates and was one of the hardest workers he's coached on the floor and in the weight room. Bair averaged 8.8 points per game last season, hitting 34 3-pointers.

"Dylan's confidence grew as he became more accustomed to playing varsity basketball after over a year off," Miller said. "This is difficult for anyone to catch up, but Dylan did relatively quickly.

"He had to deal with the speed of the varsity game, rehabbing a knee injury, trusting his knee, and learning a new system of basketball," Miller added. "He started playing well in during conference play and helped lead us to our first SSC championship. His work ethic, leadership, and energy were instrumental in us winning the championship.

"Dylan brings that every day."

Bair will try to bring those attributes to UMD this fall. He's hopeful there will be a season, but that's out of his control. He also hopes he can get some time on the field as a freshman.

Whatever happens, he'll be ready. His high school career, the ups and the downs, have been prepared him for many difficult situations.

"I've learned a lot about my body and how to keep it healthy," Bair said. "It's all worked out. I wouldn't change anything. I'm looking forward to college and getting to work there."