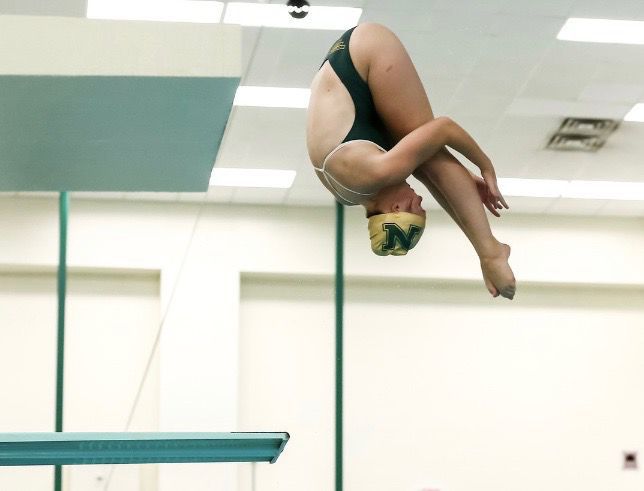 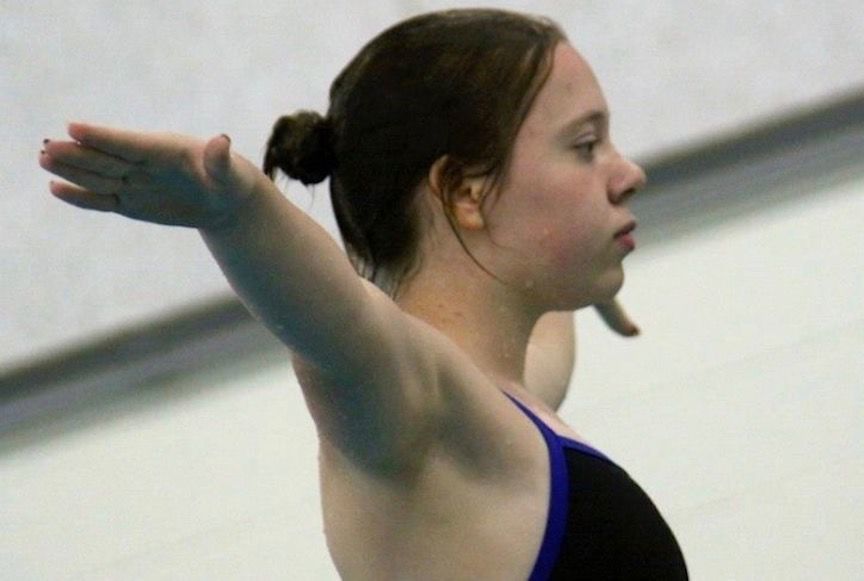 Jamie Kimble finished 10th at the Class AA state diving meet in 2015 in her senior season at Prior Lake. 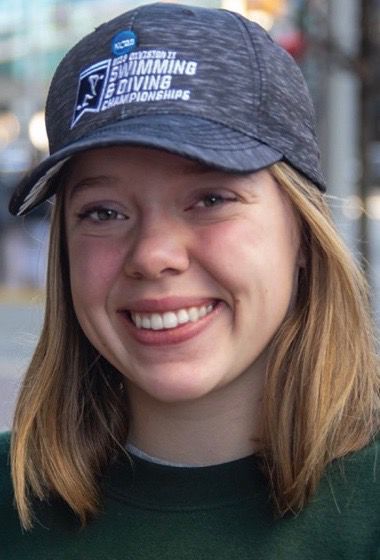 Jamie Kimble finished 10th at the Class AA state diving meet in 2015 in her senior season at Prior Lake.

Jamie Kimble has never been one to back off from a challenge.

The 2016 Prior Lake High School graduate found a way to excel in her four-year Division II diving career at Northern Michigan University, and now she's looking to make a big splash in her next endeavor — earning her Ph.D. in mathematics.

"Part of what got me through four years of diving in college was the pure difficulty of it," Kimble said. "I don't sit still very well, and learning new things is always a method to fill my time."

"I’m excited to be surrounded by people that all love math, and excited to be pushed to my limits by their program," Kimble said. "Being a college athlete has taught me how to be persistent and competitive, and I intend to carry that energy with me for the rest of my life."

In diving, Kimble broke through in her sophomore season at NMU, where she earned Honorary All-American honors at the NCAA Swimming & Diving Championships. She was 15th on the 3-meter board and 18th on the 1-meter board.

As a junior, she got back to the NCAA Championships, taking 16th on the 3-meter board and 17th on the 1-meter.

Kimble didn't get a chance to end her career at the NCAA Championships. She qualified by finishing seventh on the 3-meter board at the Great Lakes Intercollegiate Athletic Conference Championships, helping her team win the crown.

But the NCAA Championships were canceled due to the coronavirus pandemic.

Kimble has many great memories from her diving career that started at Prior Lake.

"My best memories start from my sophomore year at Prior Lake, learning how to dive for the first time with my teammate and friend, Mya Larson," Kimble said. "She helped to make every practice fun, and learning this new sport was an unexpectedly gratifying experience.

"Every year, there was something remarkable about a season. I set a pool record at Prior Lake and ended up 10th at the state meet my senior year," she added.

In college, Kimble traveled to Puerto Rico as a freshman with her team for a winter training trip.

"It was the best trip of my life, spent with new friends on a new team," Kimble said. "We spent New Year's in San Juan, eating good food and watching fireworks over the ocean."

Qualifying for nationals and being part of a team that won the GLIAC Championship for the first time in 18 years were also major highlights.

How was Kimble able to balance a busy class schedule while diving at a high level? She said it was not easy.

"In high school, it was a little easier," Kimble said. "But once 6 a.m. morning practices started at Northern Michigan, it became a balancing game of sleep, social life, academics, and diving. Sleep was often neglected in favor of long nights at Jamrich Hall, spent studying with friends and some coffee.

"Combining that with trying to fit in meals before a second practice at 4 p.m., and taking up to 20 credits of classes per semester made for some very sleepy days," she added. "I got pretty good at power napping in different locations around campus. We were gone for many weekends all year, and the diving season spreads from September to March. I had to miss class a lot for meets."

Kimble said getting to know her professors for each class was important in keeping up with her schedule, especially as classes became harder.

At Prior Lake, Kimble's best meet score was 415.10. She earned that as a junior, taking 14th at state that year. She was 24th at state as a sophomore.

Kimble wanted to dive in college, but she never thought she'd have the kind of success she had at NMU.

"I knew that there was a possibility of holding my own, especially on the one-meter," she said. "But I never imagined going to nationals, or becoming an Honorary All-American. That kind of success seemed foreign, like it was meant for other people.

"Academics was always my focus, where I had excelled the most in the past," Kimble added. "Diving was a hobby, a sport that I had enjoyed, but I never thought I could achieve what I did in my four years at Northern Michigan."